A family style weekend in review

Even though I probably should've been home working on my scrapbook room reno, I decided to hang out with the fella + kiddo on Sunday in celebration of the long holiday weekend. First, we headed to Adventure Science Center in Nashville, so kiddo could show me all of his favorite things. 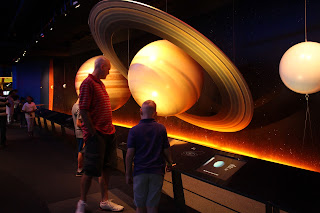 We saw an interesting video in the planetarium while we were there. It was about finding and naming planets, and I found it surprisingly interesting. Look at me being a bit of a science nerd! Haha! 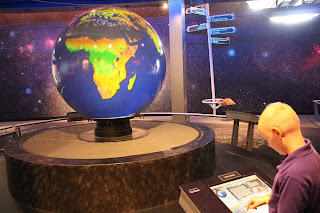 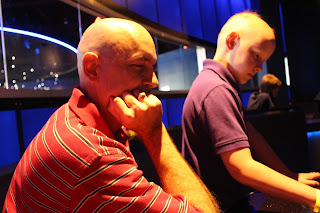 There were exhibits on space travel, the human body, physical science, and dinosaurs. Many of the games and activities were interactive, but not all of them worked properly. I guess that's a constant battle to fight when the public is using the facilities; unfortunately, some kids weren't well supervised. I'm sure there was even more to see, but those are the sections we managed to visit. 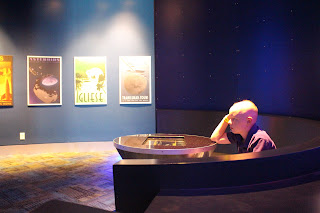 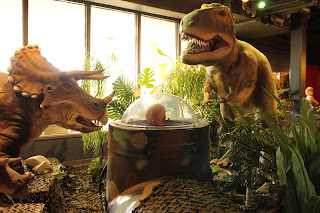 We had fun, but I didn't come away from the visit unscathed. After climbing to the top of some kind of tower, I knocked a giant bruised place on my knee. While sliding down the slide from said tower (in a skirt with inappropriate undergarments, I might add), I managed to get a slide burn on one elbow. Really, it was my desperate attempt to keep from flashing everyone in the building that caused it. That's my story, and I'm sticking to it. Then, I leapt out of the way of some random, running child and twisted a muscle in my thigh. Dang, I'm too old for the science center apparently. I feel beaten up by that place! (While they are members of the center, I'm thinking one trip did it for me.) 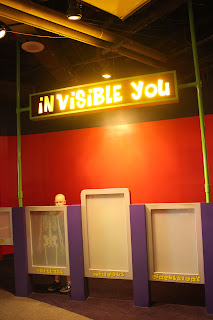 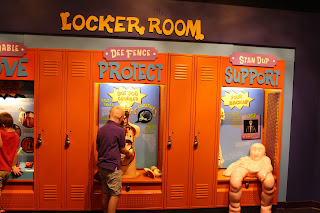 My favorite thing was the circa 1984 Pontiac Fiero that you could lift using a long lever. Hello, people, this looks EXACTLY like my first car. Ahh, the memories. 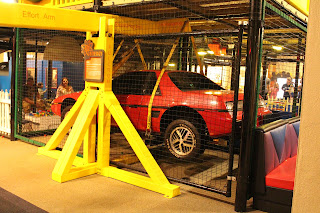 After the science center, we enjoyed dinner at Jason's Deli downtown. (They have wonderfully fresh items on their salad bar!) The kiddo didn't really enjoy his meal, but I think mine and the fella's were winners. Just down the street was Centennial Park, and that's where the Shakespeare in the Park performance was held. 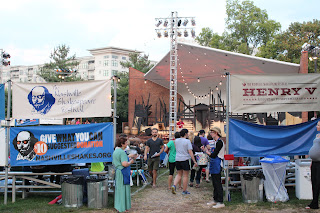 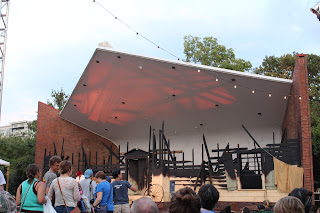 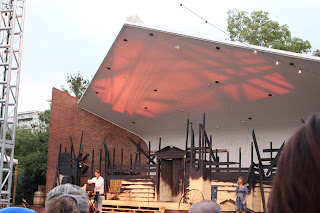 Even though we were 45 minutes early, we had to scramble for a place to put our chairs. (The sweet lady in the back of this photo was nice enough to let us squeeze in around her family.) Here's our selfie before the show starts. I think the fella has a better one of us, but he hasn't sent it to me yet. 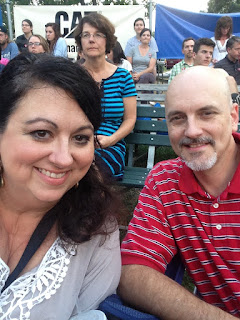 The performance was of Henry V which I haven't read since college. I remembered the play somewhat, so I think that helped pique my interest from the very beginning. The actors were dressed and mostly spoke as if they were part of the Civil War in the antebellum South. I'm not sure that added much to the ambiance of the play, but it was certainly an interesting twist. 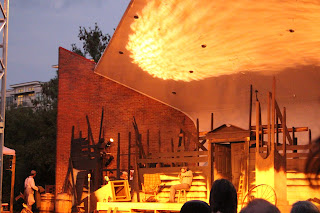 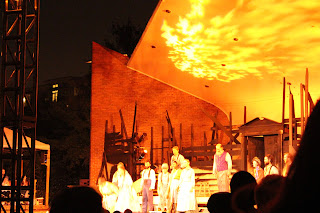 Of course, I was mesmerized through the whole thing. The fella enjoyed it okay, but the kiddo was not at all interested. Note to self - prob not appropriate for little kids since it is two hours of pretty much sitting still in the dark. I'd definitely go again - next time with a bottle of wine though. 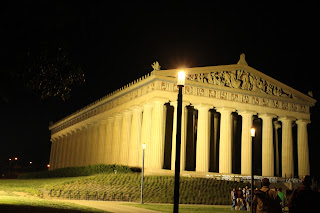 And here was our view of the Parthenon as we left Centennial Park. I've never visited it before and have added it to my to-do list.

What did you do for fun this holiday weekend? I sure hope you were able to relax and recharge.