Around here - a week in review in pictures

Today started out on a positive note; I've officially lost more than 20 pounds since December 16th. Woohoo! It sure hasn't been easy... 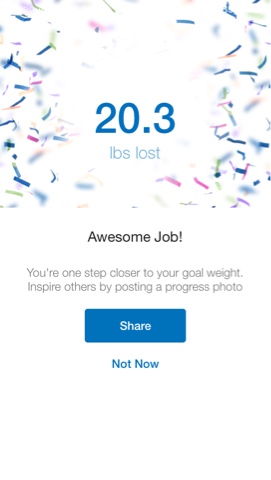 Tracie came to BG on Tuesday for the big sale at Potter Children's Home from the Studio Calico donation. I didn't ask her to get me anything, but the prices were so good she couldn't help herself. She bought me 14 'kit' packs for just $21! Since I had to work 12 hours on Tuesday, this was the only way I'd be able to get any of the goodies, so I'm incredibly grateful. 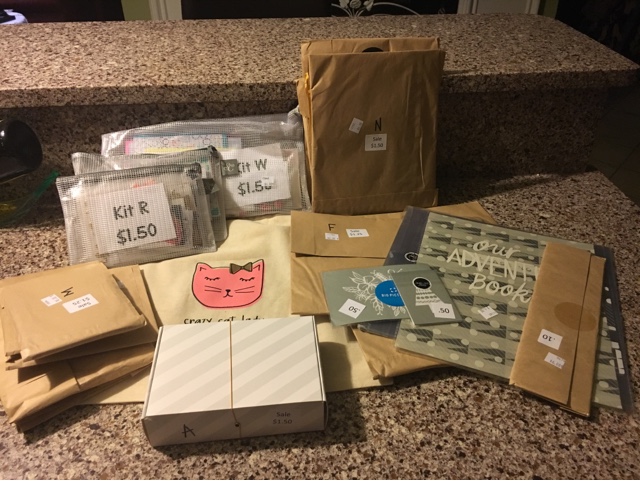 Here's a pic of some of the goodies... 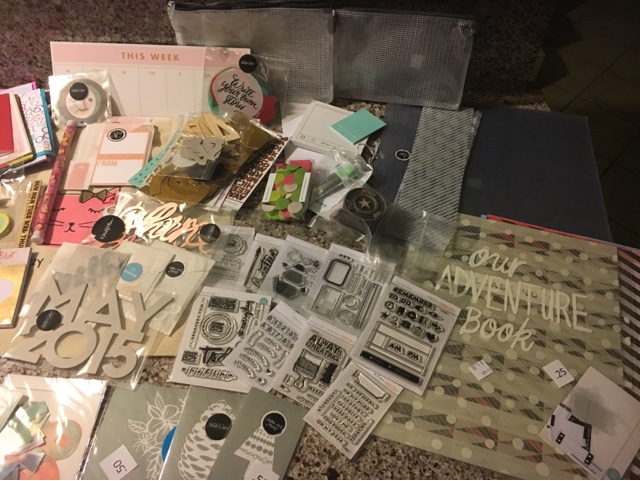 And another picture of more goodies. Interestingly enough, I don't think I had most of the stuff that she bought in the kits. With the few repeats that I have, I'll probably do a giveaway or RAK at some point. 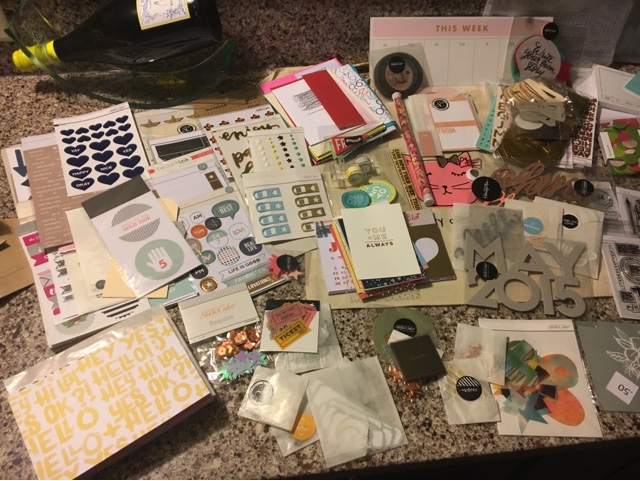 Also on Tuesday, I spent some time during planning taking a few selfies. This one was my fave! (Oh, and some of my students saw me doing this from the window, so I was totally embarrassed! Well, not so embarrassed that it'll stop me in the future though.) 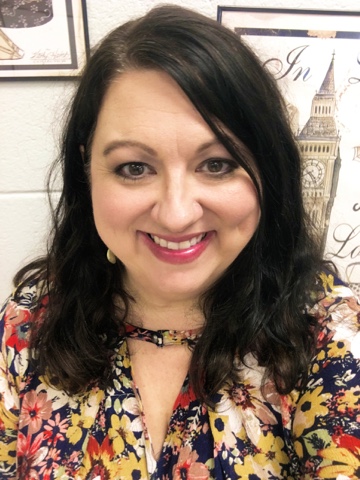 On my day off on Monday, I hosted my friend, Lorie, for a crafty day. I cleaned up my studio and brought in an extra chair for her and pulled supplies for a couple of projects. 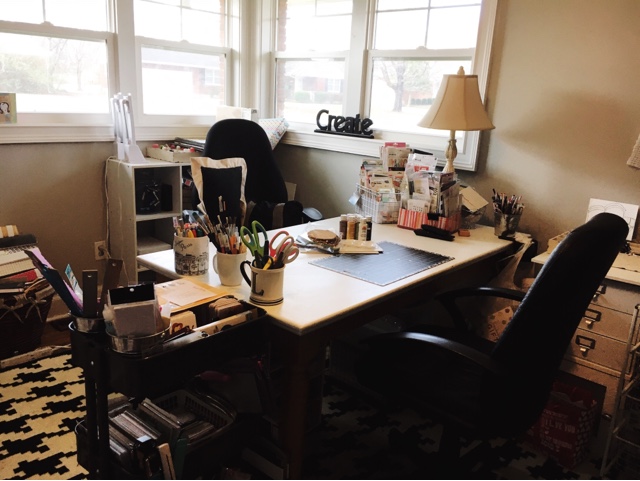 She didn't get there until around noon, so I worked on my DD 2016 that morning. I'm finished up through day 16 - woot! woot! 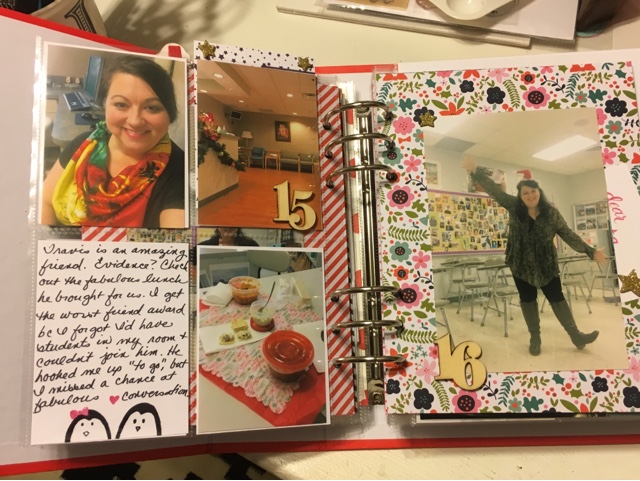 I'd been dying to paint on some wood chips ever since I pinned some Christmas ornaments using them last fall. Since I never got around to it over the holidays, I thought it might be fun to spend our crafty day doing this. 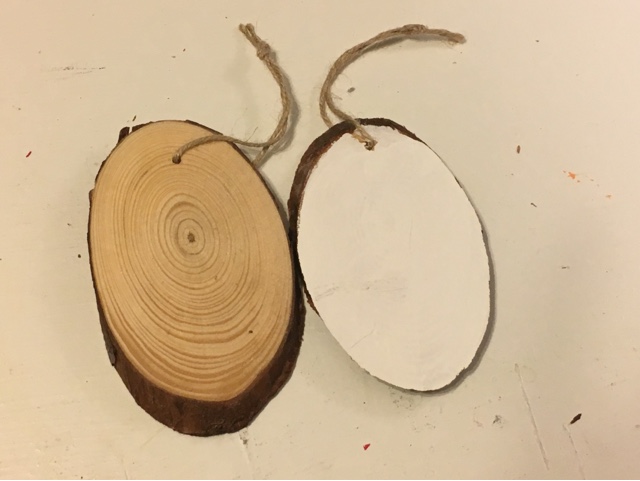 Here's the little guy that I painted on Monday. It was so much fun! I want to try to paint all the things now, even though it doesn't come easily to me. I'm going to keep at it until it is easy! 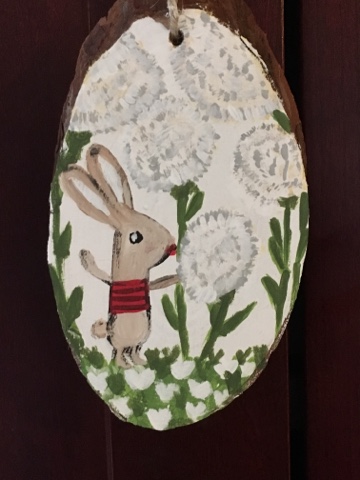 I spent the whole day on Sunday stitching and watching Netflix in my pajamas while cuddling Charlie-dog. He was feeling extra needy and cuddly that day, I guess. I'd like to try to finish up the Italy stitching this month; we'll see if that's even possible. 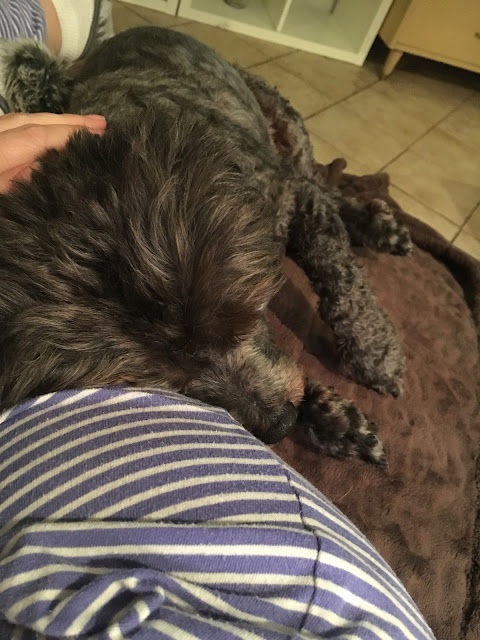 On Saturday, I hit the "fill a bag" sale at the Half Price Book Outlet and bought 39 books for just $31.80 ! Check out all of my goodies! 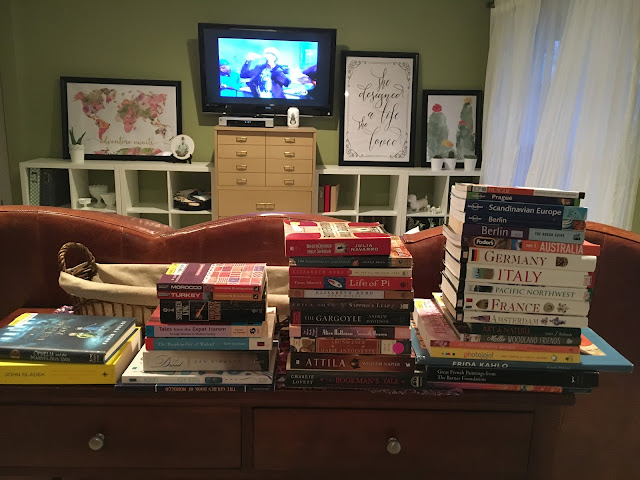 Here's a closer look at the nonfiction books I bought for myself. 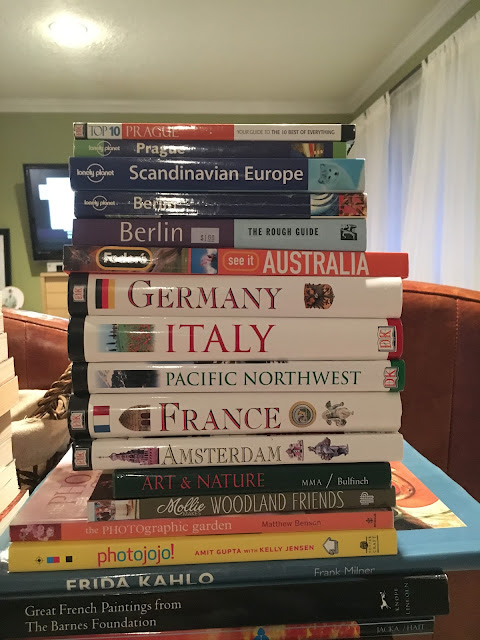 And here's the fiction... 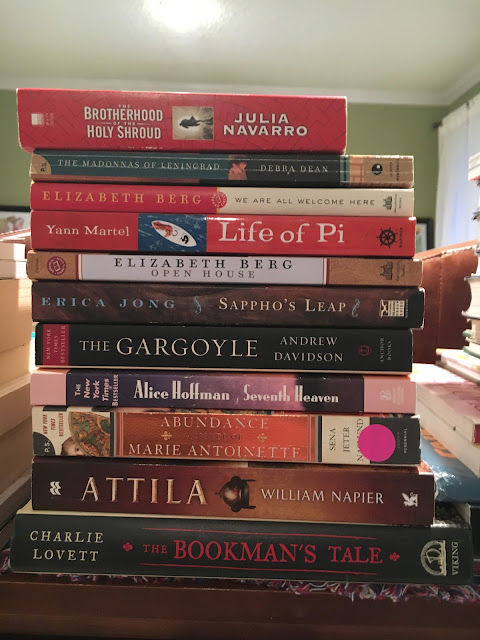 These are books that I picked up for Kelsey while I was there. I didn't choose anything for Jake since I didn't know what he liked, but he snagged a book of mine for himself. 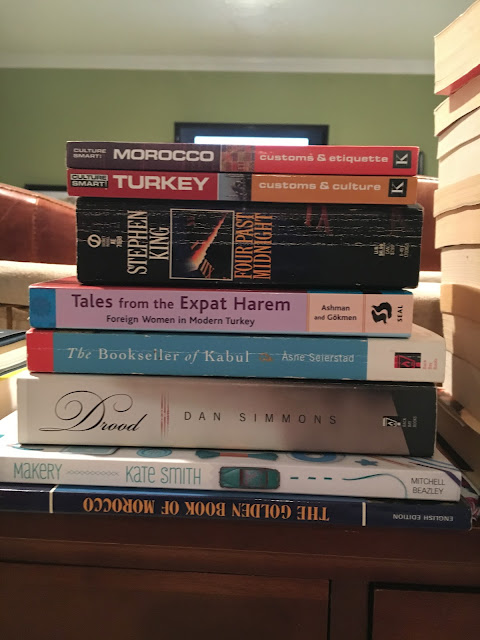 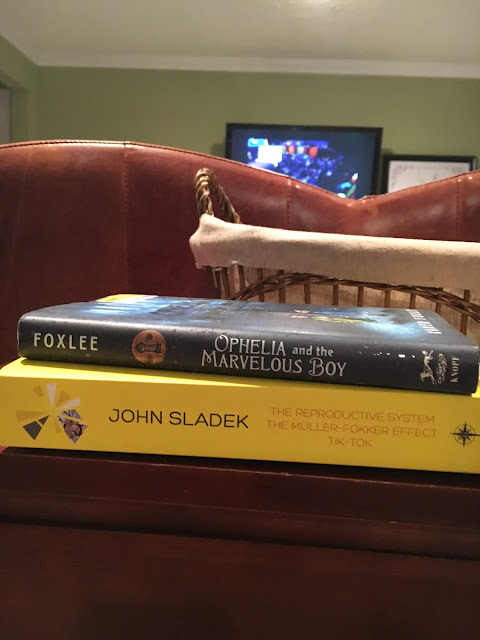 After I went to the gym on Saturday, I met Kelsey for lunch at Qdoba. She posed for this pic in her new glasses (love them!) and ate while I chatted with her. Can you believe I stayed strong on my diet plan and didn't indulge? Go me! 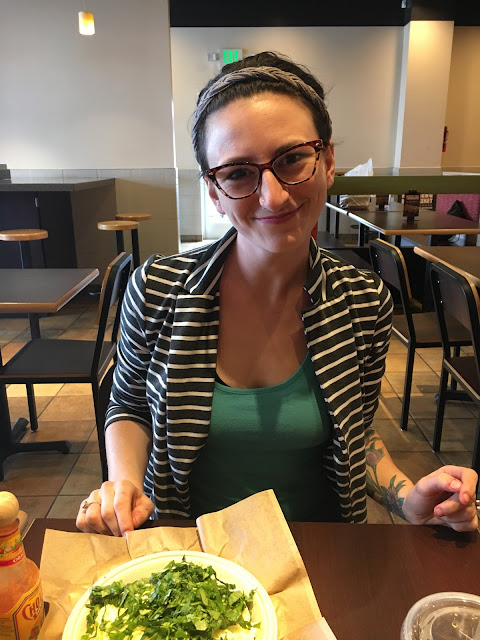 I even received some happy mail this past week. My sweet friend, Christi, sent me a thank you card and gift card for attending a business function for her in the fall. 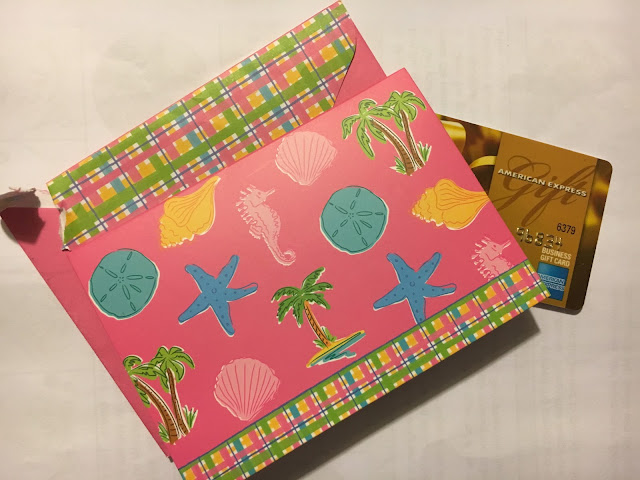 And another sweet friend sent me a traveler's notebook with transparencies inside! I need to do a quick video share of it to show you guys. Adding that to my mental list! 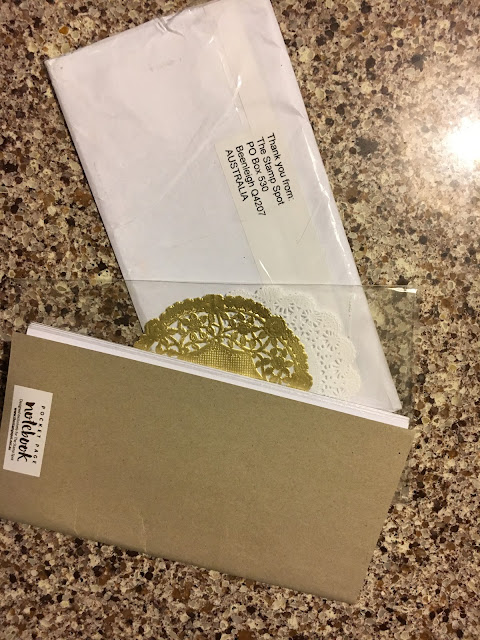 On Friday, I podcasted in Nashville and went out to dinner with Tracie and her daughter and sister. 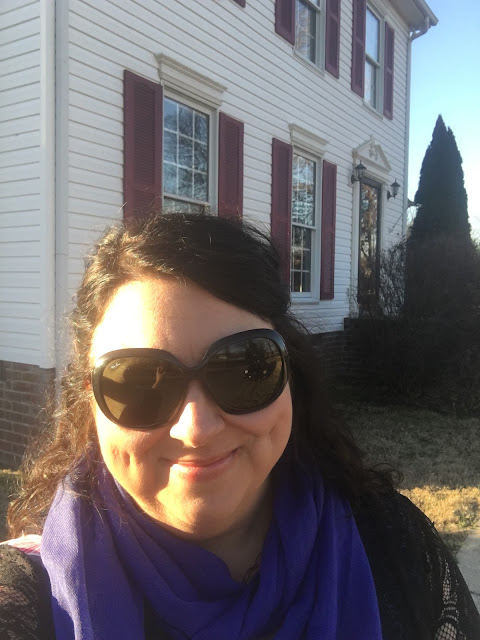 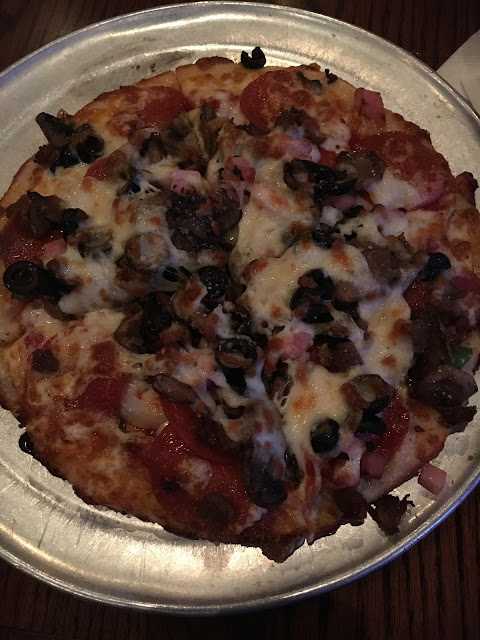 After a 12 hour work day on Thursday, I headed to the gym and worked my guts out for two hours. I felt stressed and just wanted to get my workout in so I wouldn't have to think about it again until Saturday. I posted on IG about appearances being deceiving, and it seemed to resonate with a lot of people. :) 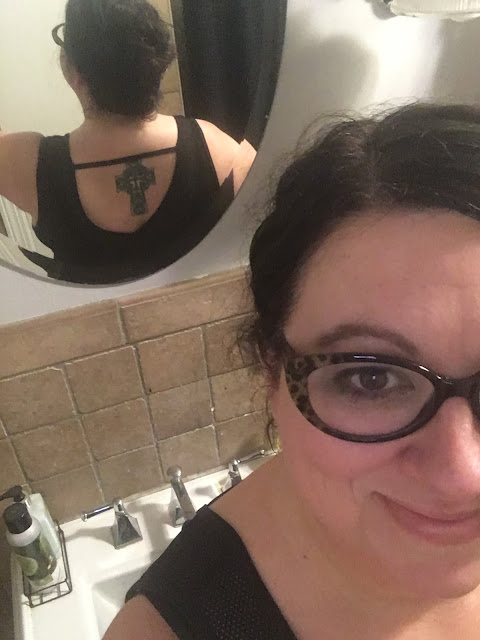 A sweet friend at work complimented and hugged me in the hallway on Thursday, then she left me with note on my desk. It was the first time anyone had noticed my efforts to get in shape, and it felt pretty awesome. 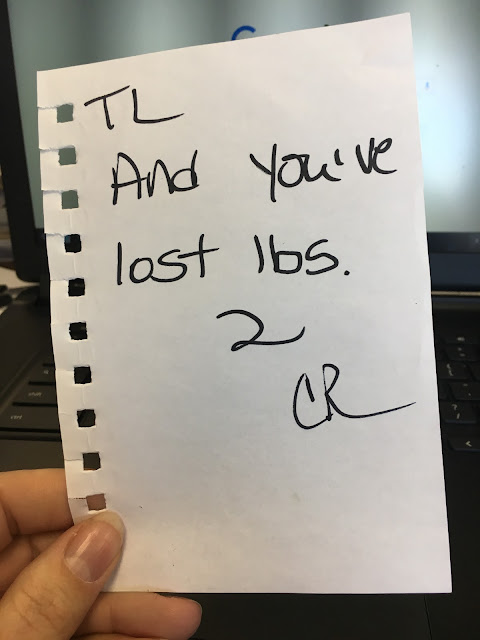 Posted by Tiffany Lowder at 6:24 PM

Email ThisBlogThis!Share to TwitterShare to FacebookShare to Pinterest
Labels: All about me, Craftiness, Family life, Friends and fella, Home and yard, keeping it real, Photography