Upward Basketball Comes to an End 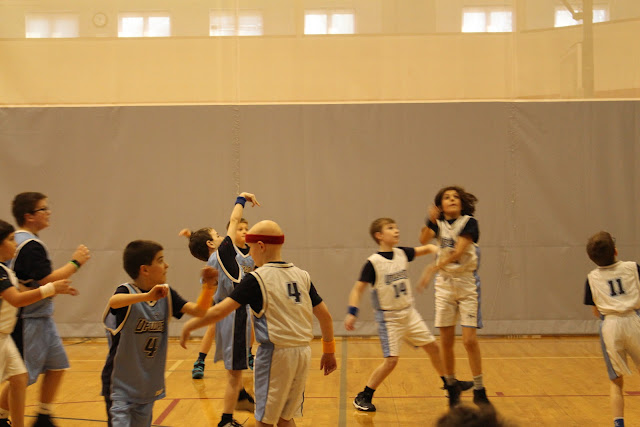 This winter, the fella's kiddo has played on an Upward Basketball team, the Fighting Illini. (Is that how you spell that? Hmm...) Anyway, Luke seemed to really enjoy the experience and learned quite a bit about basketball in the process. 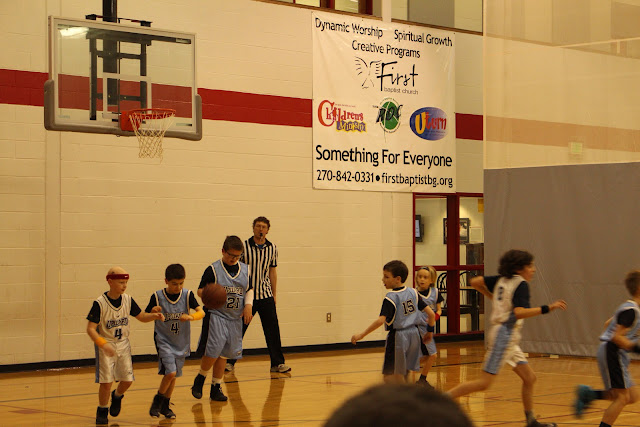 At first, watching a game felt a lot like watching puppies chase a ball up and down the court. Lots of arms and legs flying around and kids falling down and general mayhem. 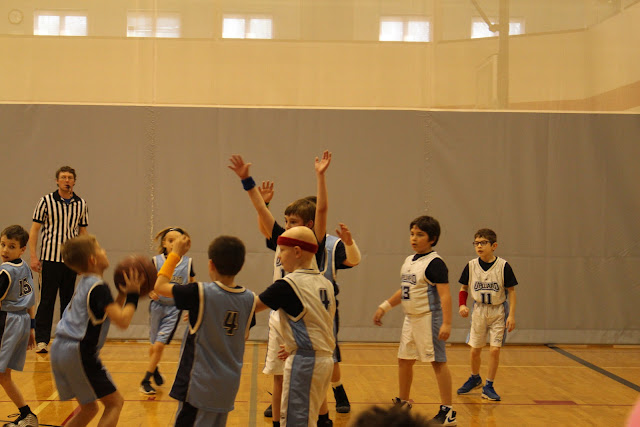 By the end of the season, they understood more about bringing the ball inbounds, dribbling consistently, even guarding their opponents. 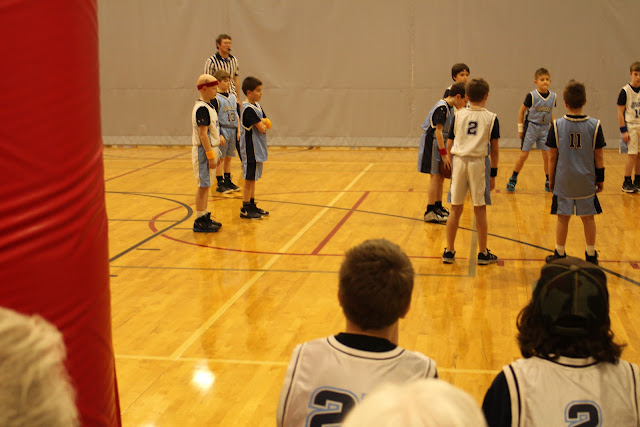 They never did quite get the hang of shooting fouls and the setup accompanied with that, but the referees were patient with them and set everyone up properly. 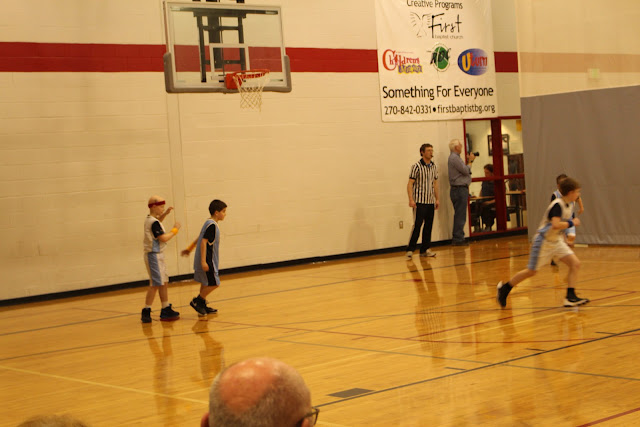 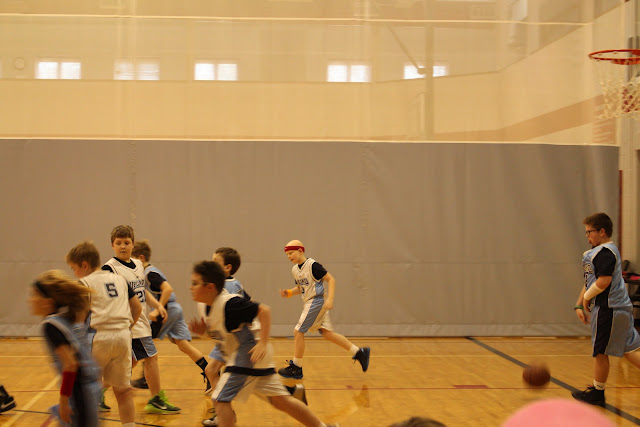 By the last game, Luke even picked up his feet and ran a little bit. Up until that point, he'd done this little old man shuffle instead of actually running. Look, there's proof in the photo above, his foot is all the way off the floor. Haha! 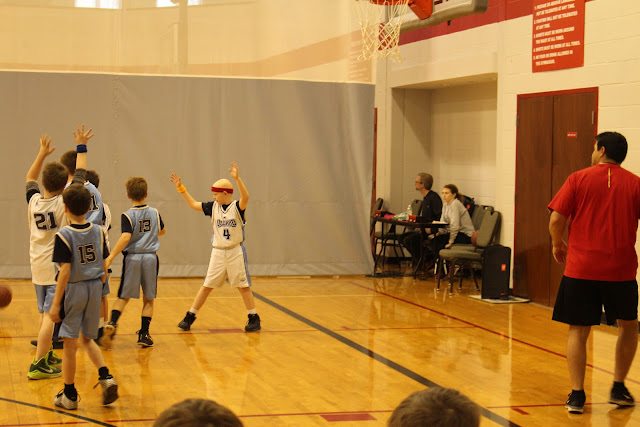 I think Luke did best at guarding his opponent. As the season progressed, he became a little more aggressive at guarding. He never did get very aggressive under the basket, but that can always come later. 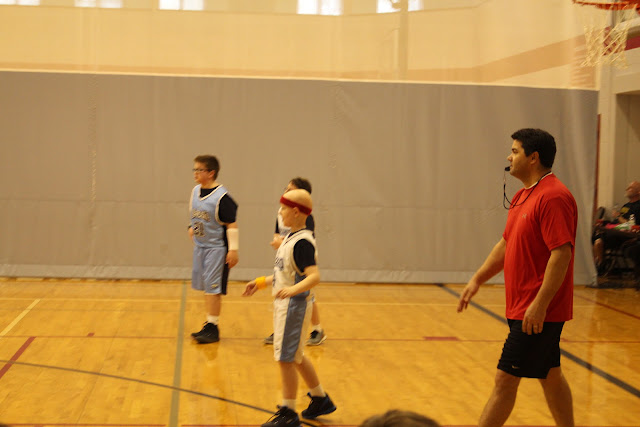 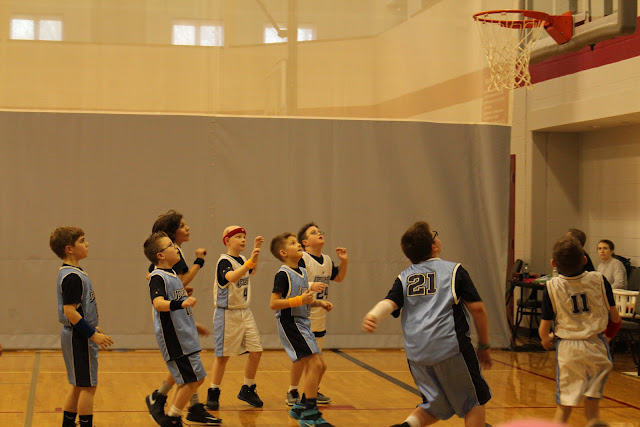 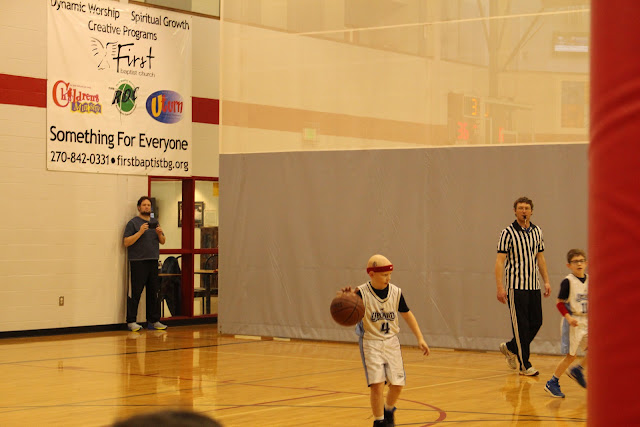 At the last game, Luke brought the ball down the floor and was ready to take a shot until another kid with quick hands stripped the ball from him. Oops! He was still pretty proud of himself for controlling the ball most of the way down the court though. 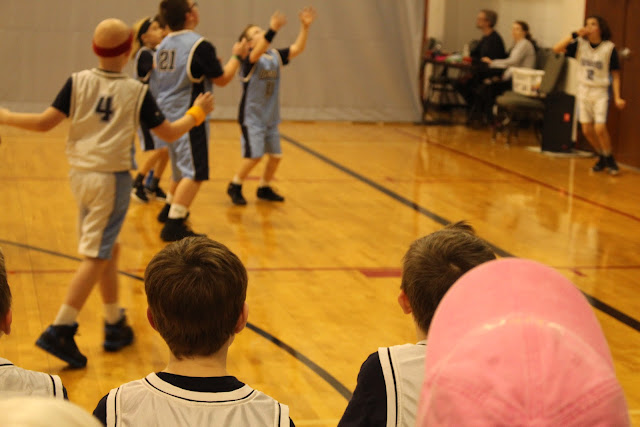 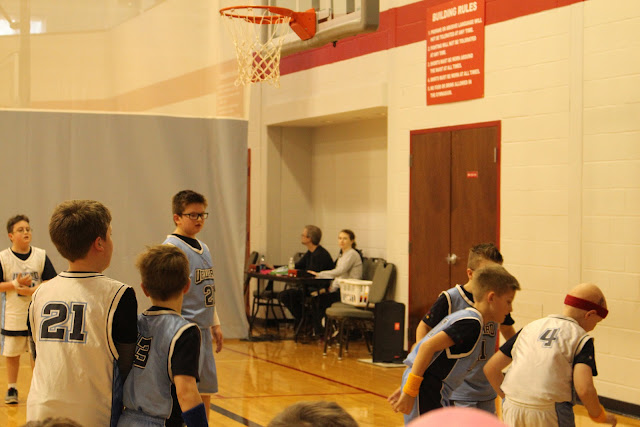 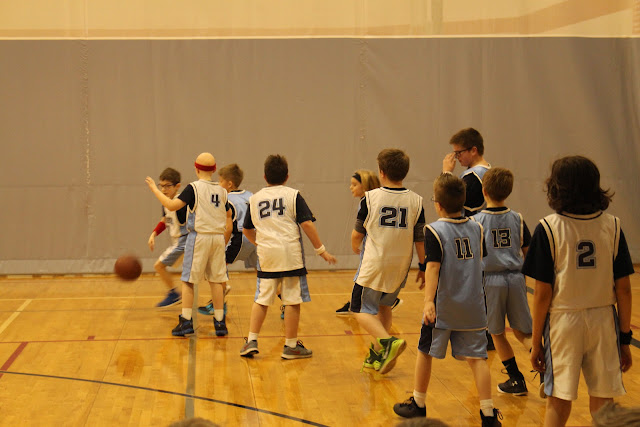 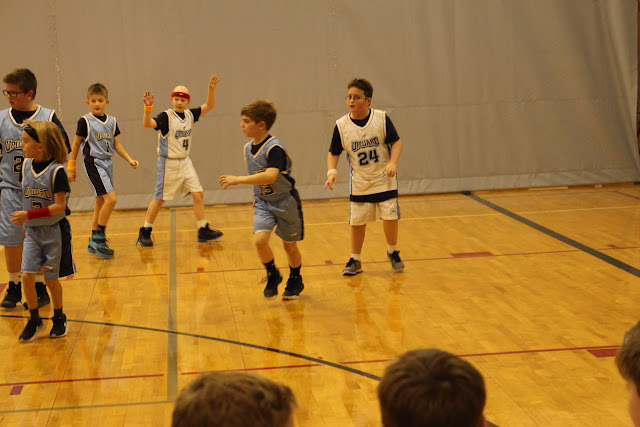 The season is over for now. I think it'll be interesting to see if he wants to play again or if he chooses to try another sport instead. And it's a great opportunity for me to practice my sports photography. :)
Posted by Tiffany Lowder at 12:00 AM