Exciting news for my girl

As of last week, it's official: my girl and her fella are engaged! They haven't set an official date yet, but they're very excited about starting this new chapter in their lives. Here are a few pics that she shared with me. 😊 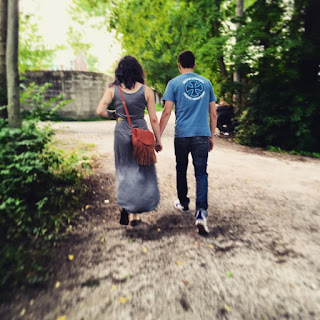 I think this was an artsy couple shot from their recent vacation in Oregon. 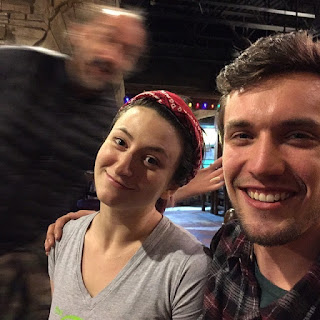 Engagement weekend - out to dinner with Jake's dad attempting a photobomb 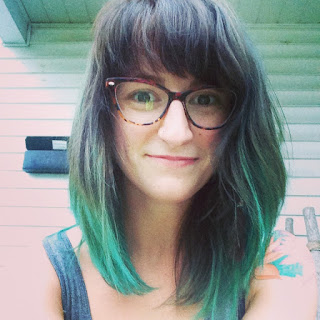 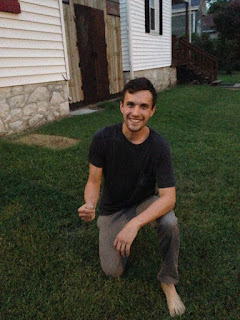 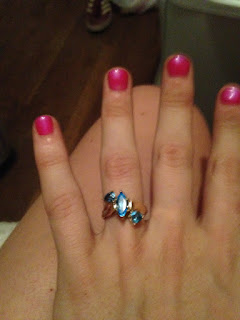 And a shot of the ring - rather than do a diamond solitaire like most couples do traditionally,  they opted to design a new ring using stones that had belonged to their grandmothers. Kelsey loves colored stones and yellow gold, so it's perfectly suited for her.


Hopefully, the happy couple will invite me to do an engagement photo shoot of them soon. Hint, hint, did you hear that, Kelsey? ;)

I don't really have any details yet and likely won't be doing much of the planning. Kelsey is her mother's daughter and has pretty strong feelings about doing things independently and her way. I'll be here for advice and help if she needs it, of course. She did come by the house last week to  get my wedding gown. I think she wants to have it reworked and wear it somehow, or at least parts of it. (I was worried she'd see it as bad luck, but that wasn't the case at all.) I love that she's sentimental and sees value in the vintage.