Disclaimer: this layout doesn't really go along with this week's podcast, but I wanted to share it with y'all anyway.

There were several pics I could've used for this layout, so that presented a bit of a challenge. I decided I liked the pics in a series, so I cut them down to 3.5 X 4 so I could include all of them on the layout. I also used an enlarged pic as the focal point photo but trimmed it down just a bit so that the white space was more evenly distributed on that side of the layout.

I used several older products in making this layout, just because I thought the paper matched the best. Most of the patterned paper is old Scenic Route, but I think the orange dot is  K & Company. The letter stickers are from an old American Crafts collection. 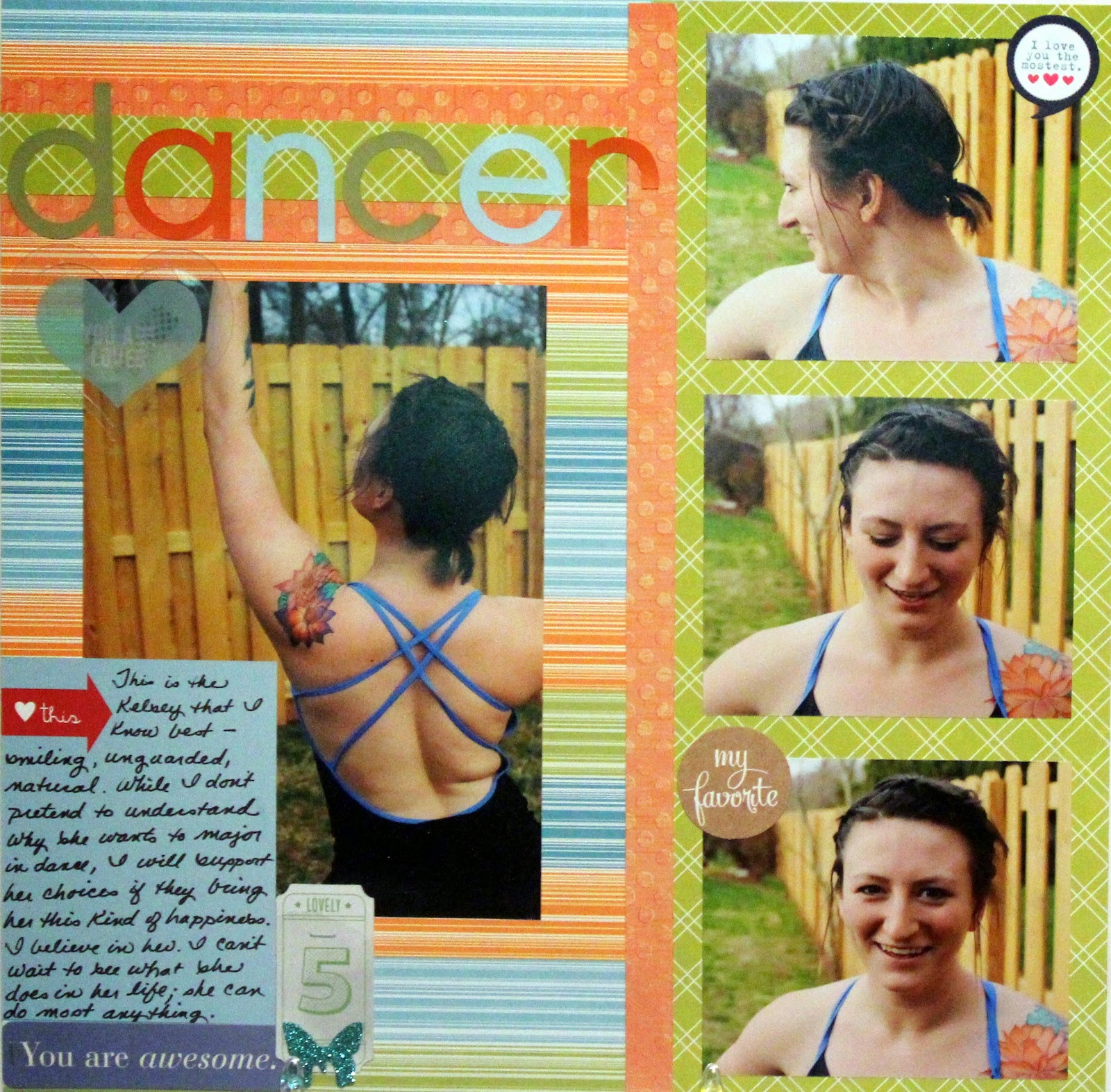 And here's a closeup shot of the journaling 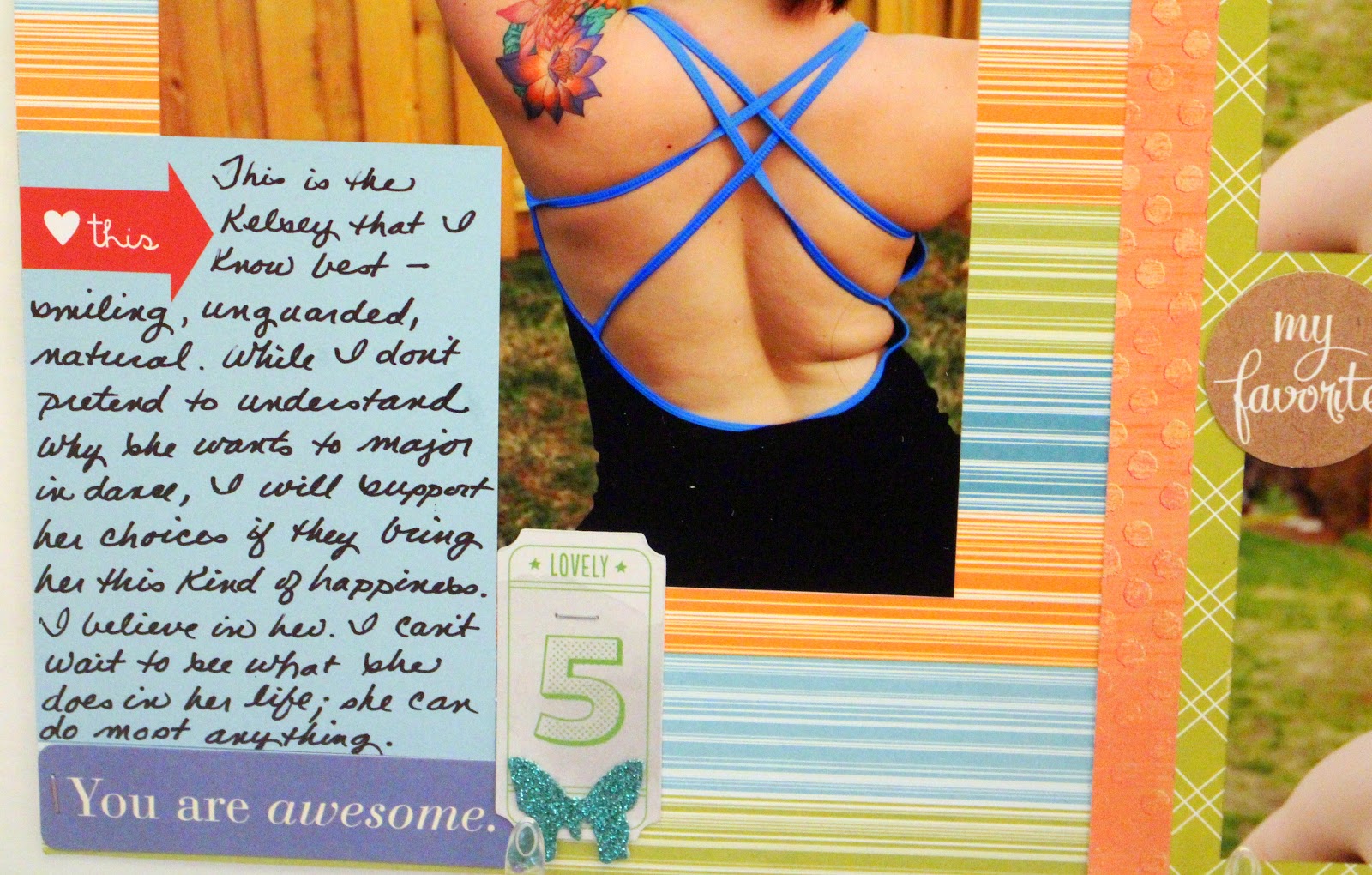 To freshen things up a bit, I opted for very current embellishments - Bella Blvd, Heidi Swapp, and Amy Tangerine all have a small spot on this layout. (Is that all? There could be more as I'm typing this in a bit of a rush.Lol!) Notice that I used a circle as a repetitive element in both the patterned paper choice and the embellishment choices. I liked that as a subtle unifying element. 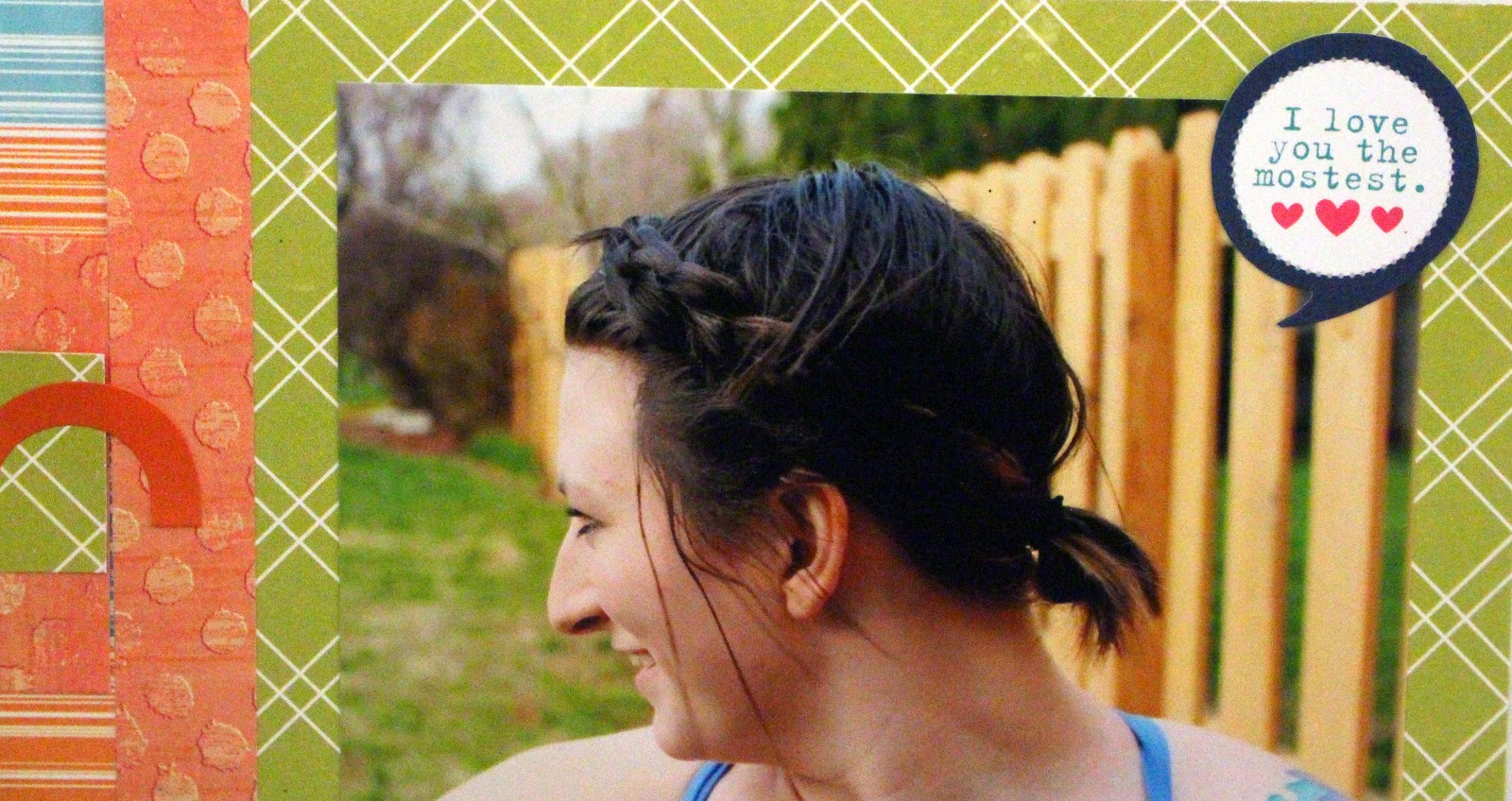 That's my girl; I love her just a little bit. Haha! Seriously, what have you scrapbooked about your kids lately and why did you choose to scrapbook that particular topic? I'd love to know.  :)