Hi everybody! I'm so excited to announce that The ScrapGals were asked to be guest designers for Jenni Bowlin Studios for May 2014! I'd never done anything like that before, so I was really thrilled to be asked. Admittedly, I also felt a little pressure. I took my goodies home and spread stuff out on my desk. While I was waiting for inspiration to strike, I separated the papers first into potential layout groupings and then dived right in.

I decided to start with a group of recent pictures that I had from a girls' luncheon with Tracie and her sister. Here are a few of the supplies on my very messy desk. 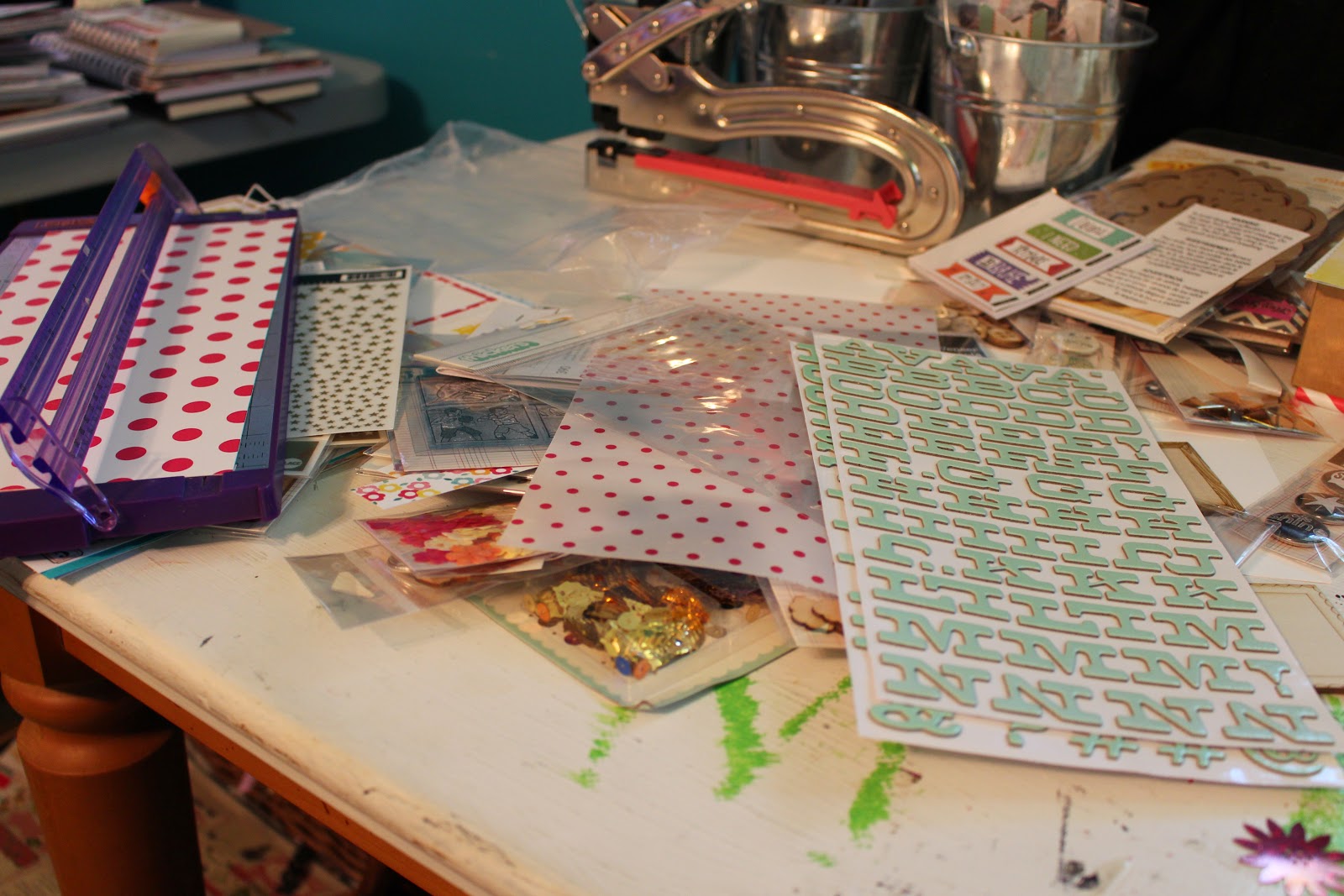 This is the beginning of the layout. I'm just playing around a little with photo placement, paper combos, and some ideas of embellishments. 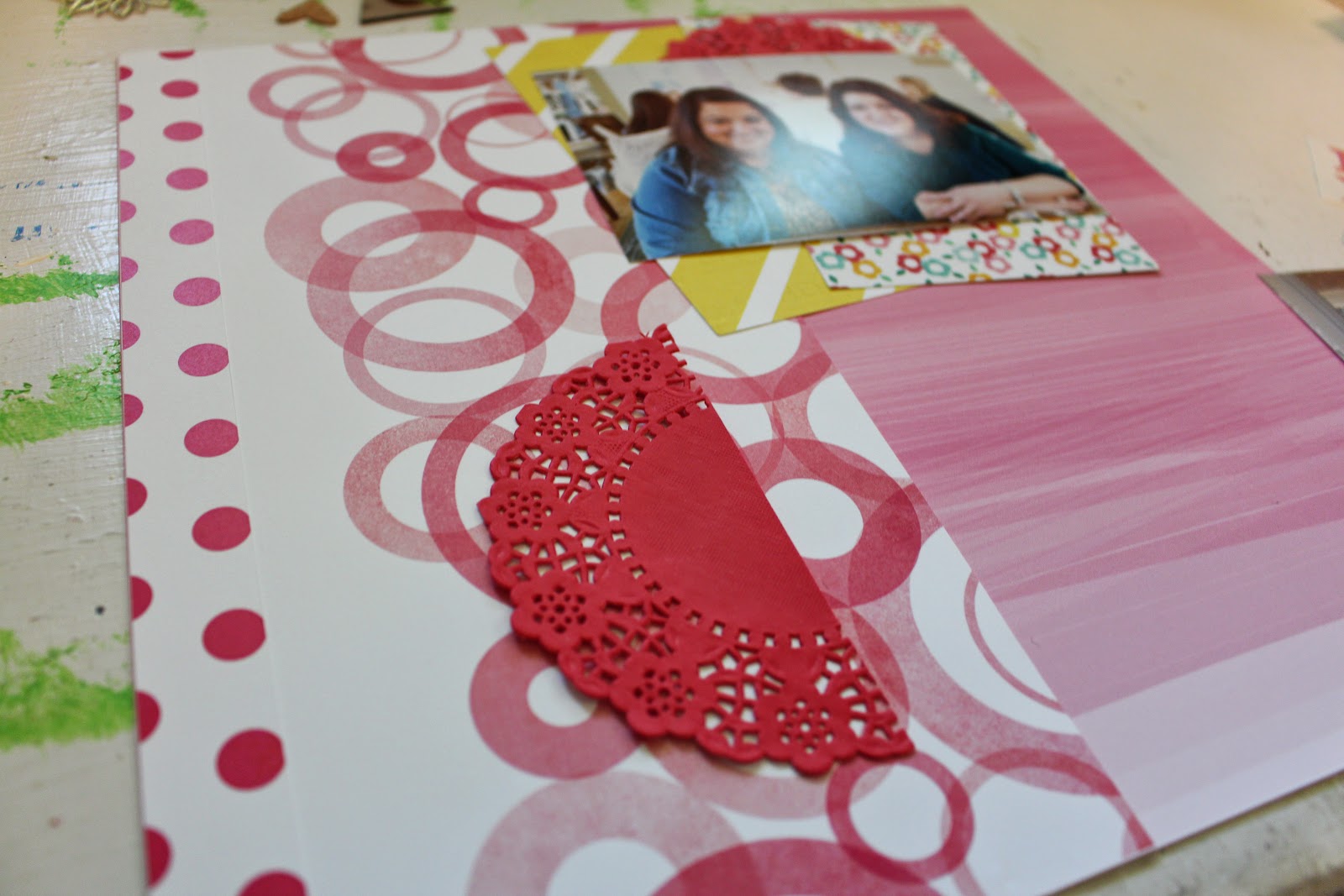 It's coming together a bit more here. I'm still just moving stuff around and experimenting though. The patterned paper blocks behind the top photo really make me happy. I love yellow and pink/red together anyway, and these paper combos really popped, in my opinion. 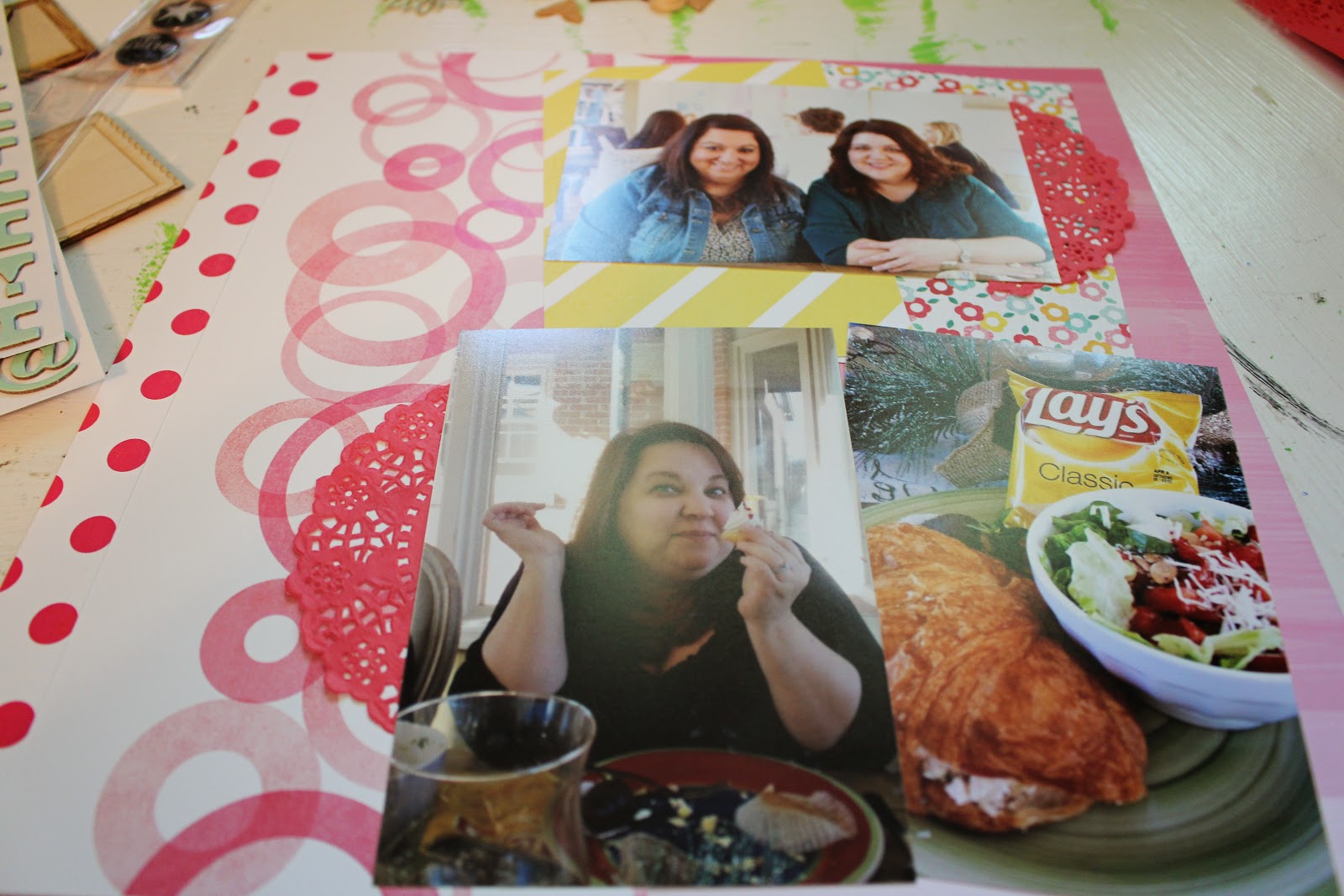 I decided to go with a long, title that ran up the left hand side of my layout. Those thickers don't seem that big until you start working with them, and I didn't want the title to overpower the layout. I grounded it with a coordinating paper strip to give the letters somewhere to rest. This also helped me line them up better. I also added a small embellishment grouping between the letters of the title. Not only does that hide the seam of the patterned paper strips I used, but I draws the eye to the title strip. 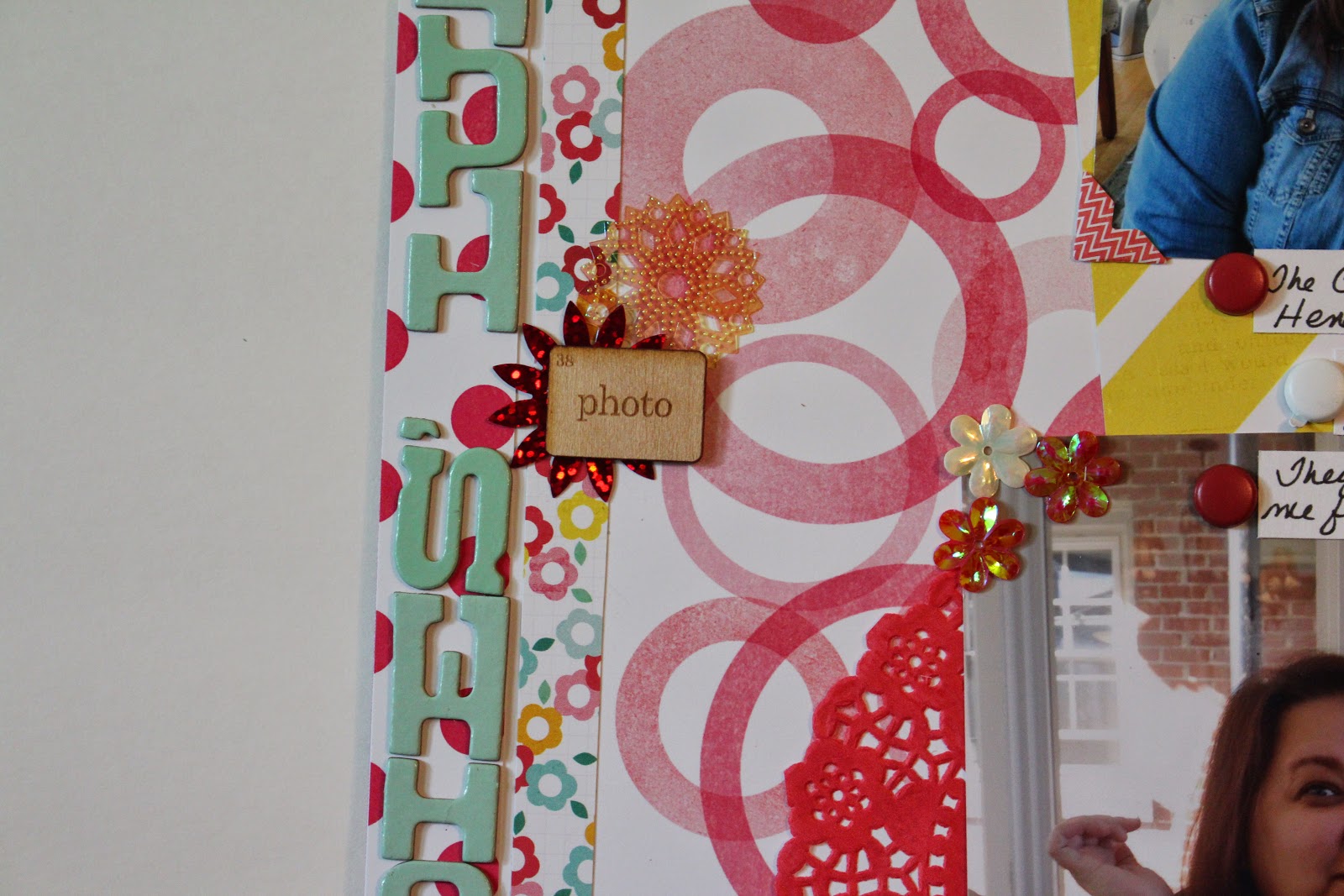 I didn't have a lot to say about the photos, but I wanted to include a little bit of journaling. I decided to write on some strips of white cardstock and layer them between the photos. I also used some flower sequins as decor at the left edge of the photo block - this balances the price label I use at the bottom left. 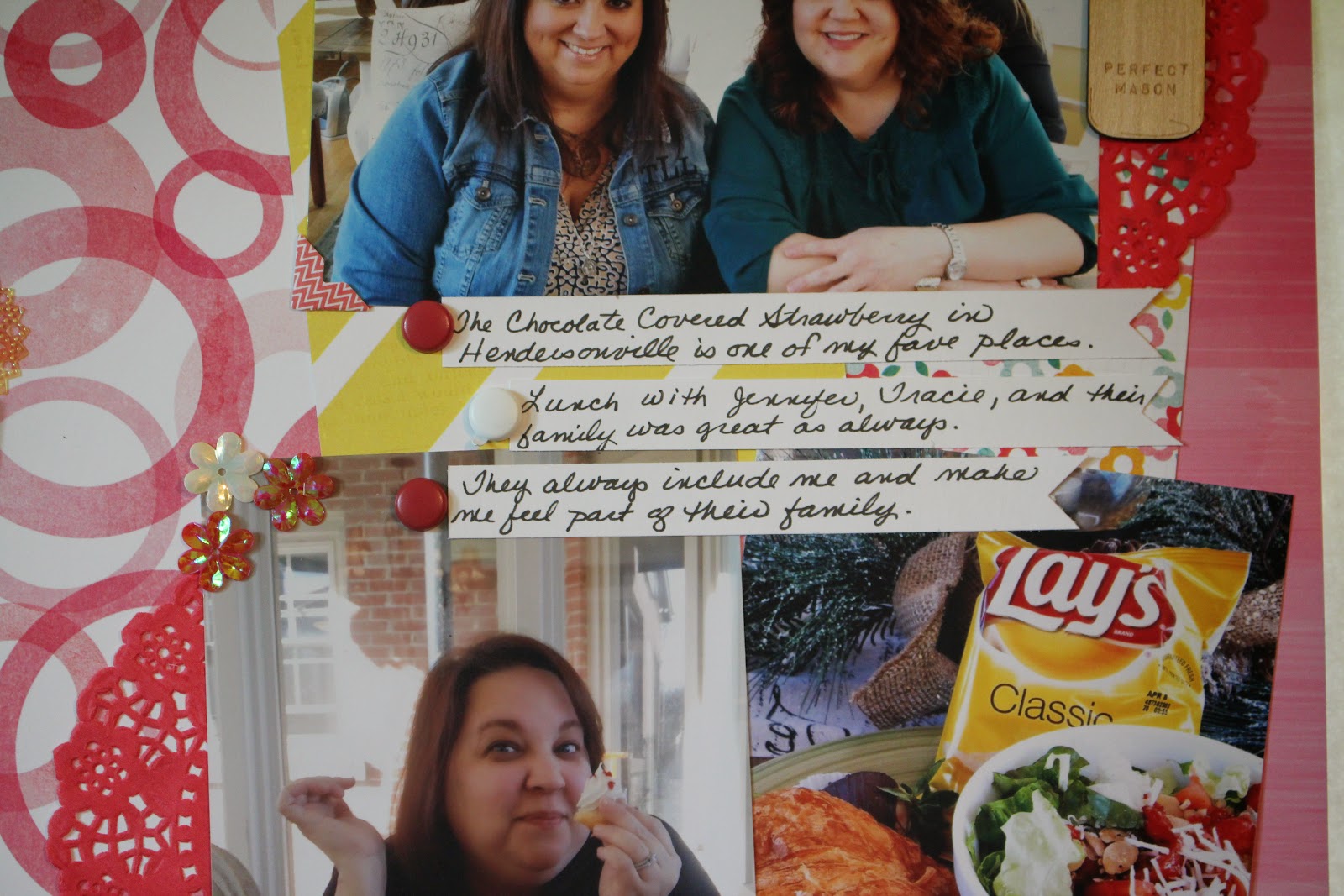 Aren't these doilies fun accent pieces? I cut them in half and used part of one at the top right hand side of the photo and one on the bottom left hand side of that photo block. I liked how that created a sense of movement through repetition. 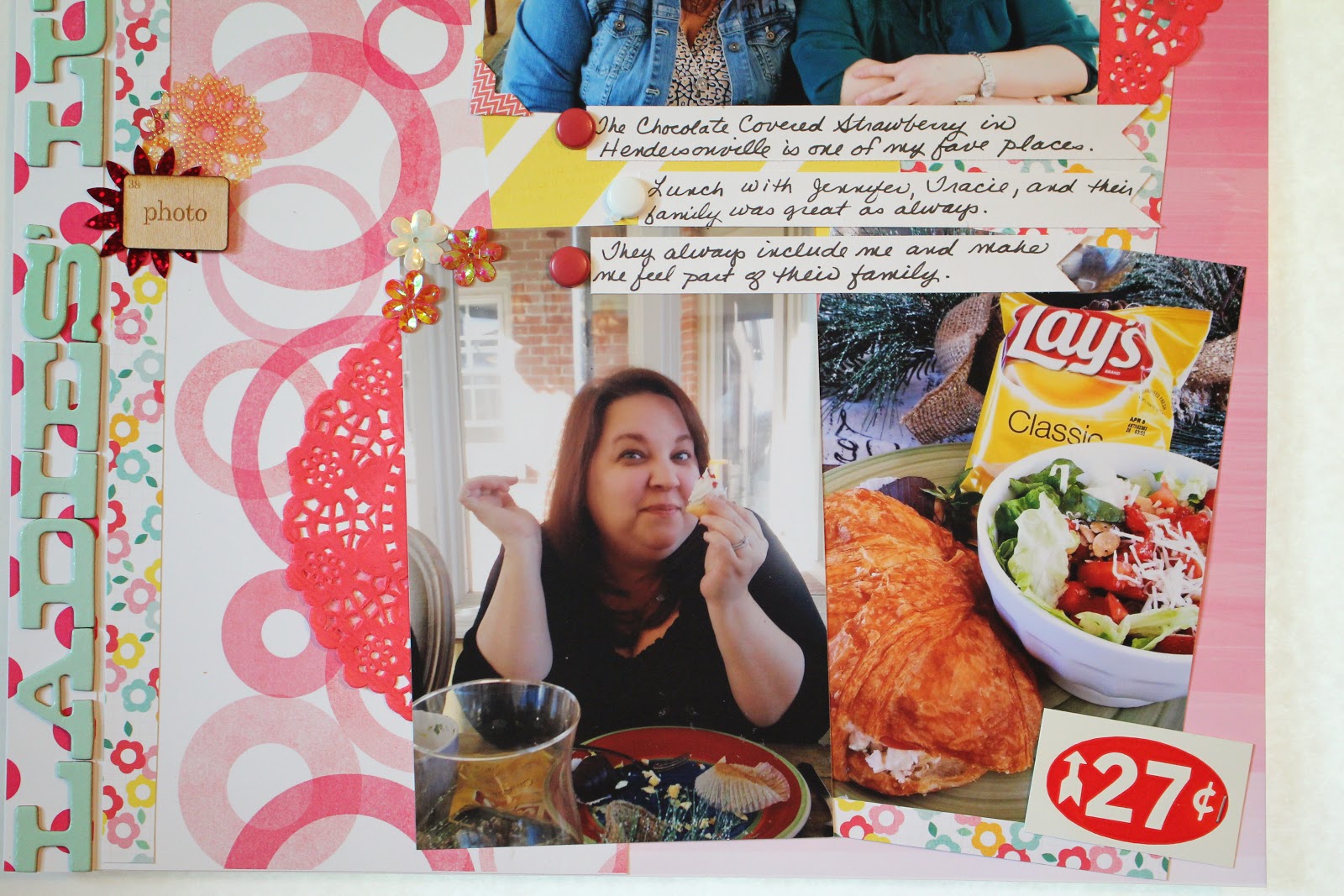 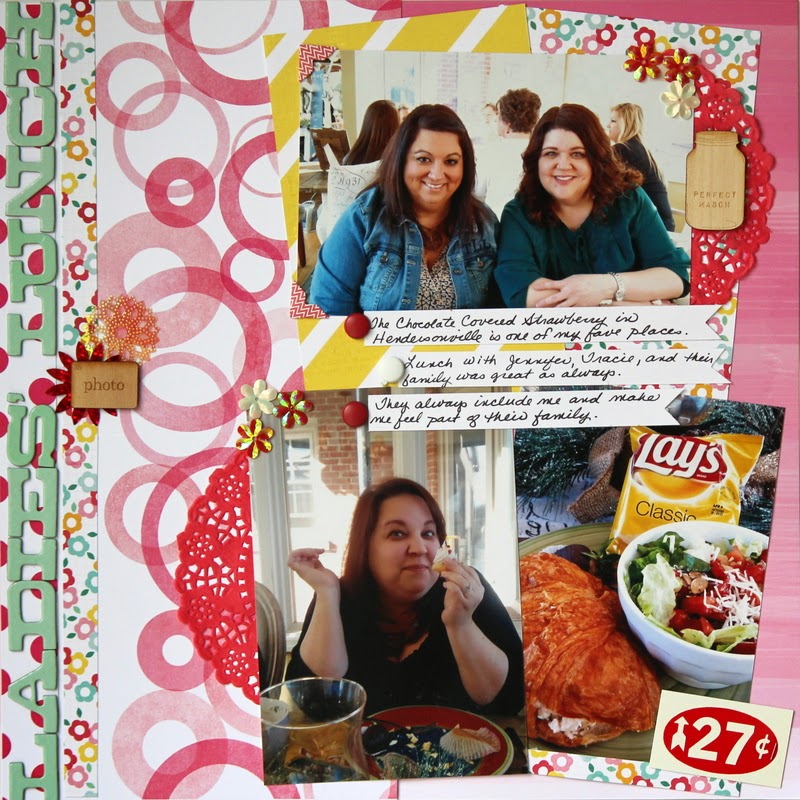 Stay tuned the rest of this week for more of my projects using Jenni Bowlin's May 2014 kits. Check out Tracie's projects here. You can access Jenni's kits and other merchandise and see more inspiration at JBS Mercantile.
Posted by Tiffany Lowder at 12:00 AM