For my second project for Jenni Bowlin Studios, I decided to go with some travel pics that I had of my daughter and her boyfriend. These were already printed in 3 X 4 for use with Project Life, but I ended up using other photos instead of these. I had kept these because I knew I wanted to do a layout with them eventually. Looks like that time is now. :) 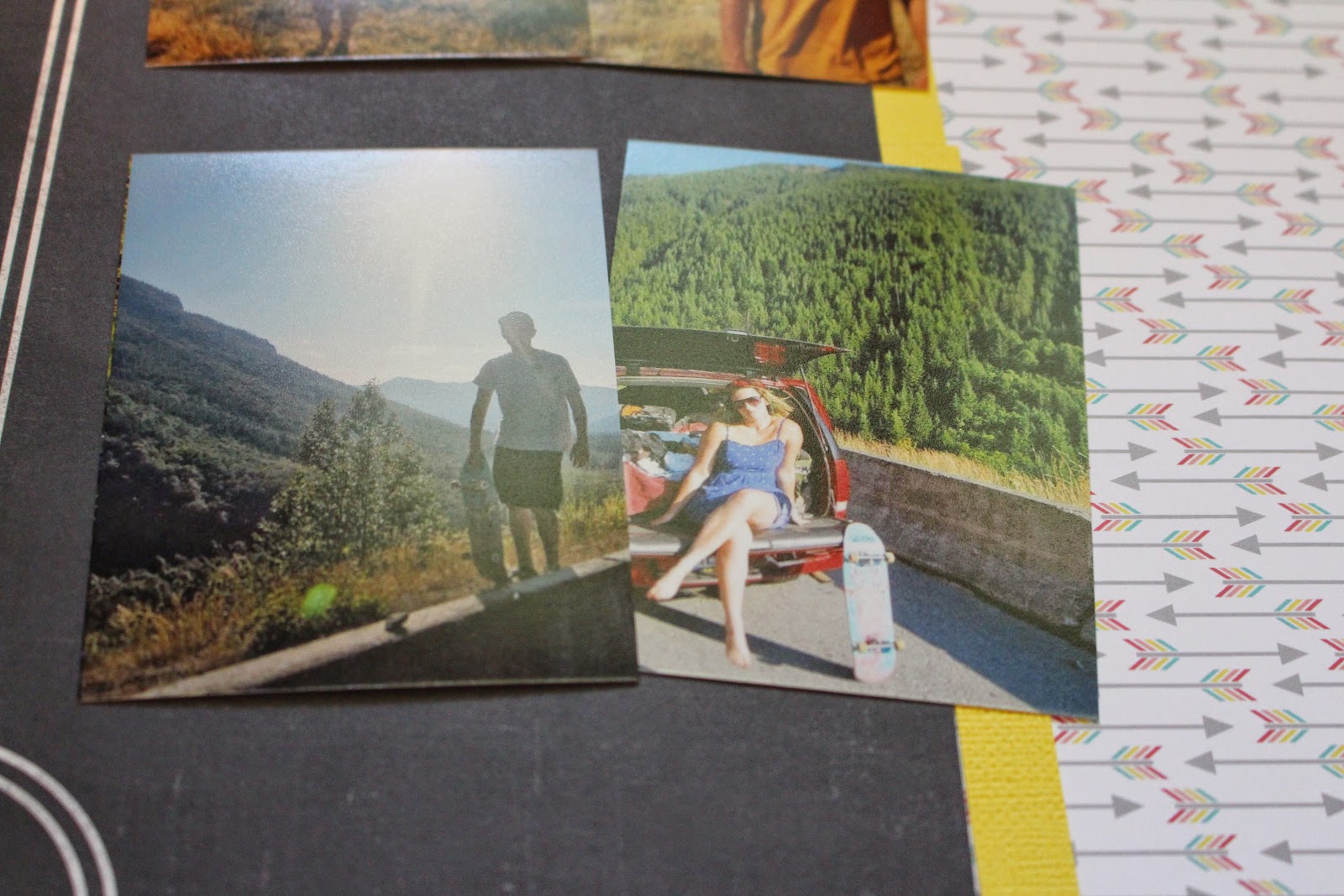 I thought the arrow paper was a great visual to use with travel pics, especially since these pics were all roadside, kind of random shots that aren't about one thing in particular. I also cut apart the square paper because it had references to travel on it, and I thought it'd make great embellishments. I cut those things out and started playing around a little bit. As you can tell, I like to use strips of paper to tie things together, so I used a pop of yellow cardstock to combine the chalkboard paper and the arrow paper. It also picks up the yellow from the square embellishment pieces. 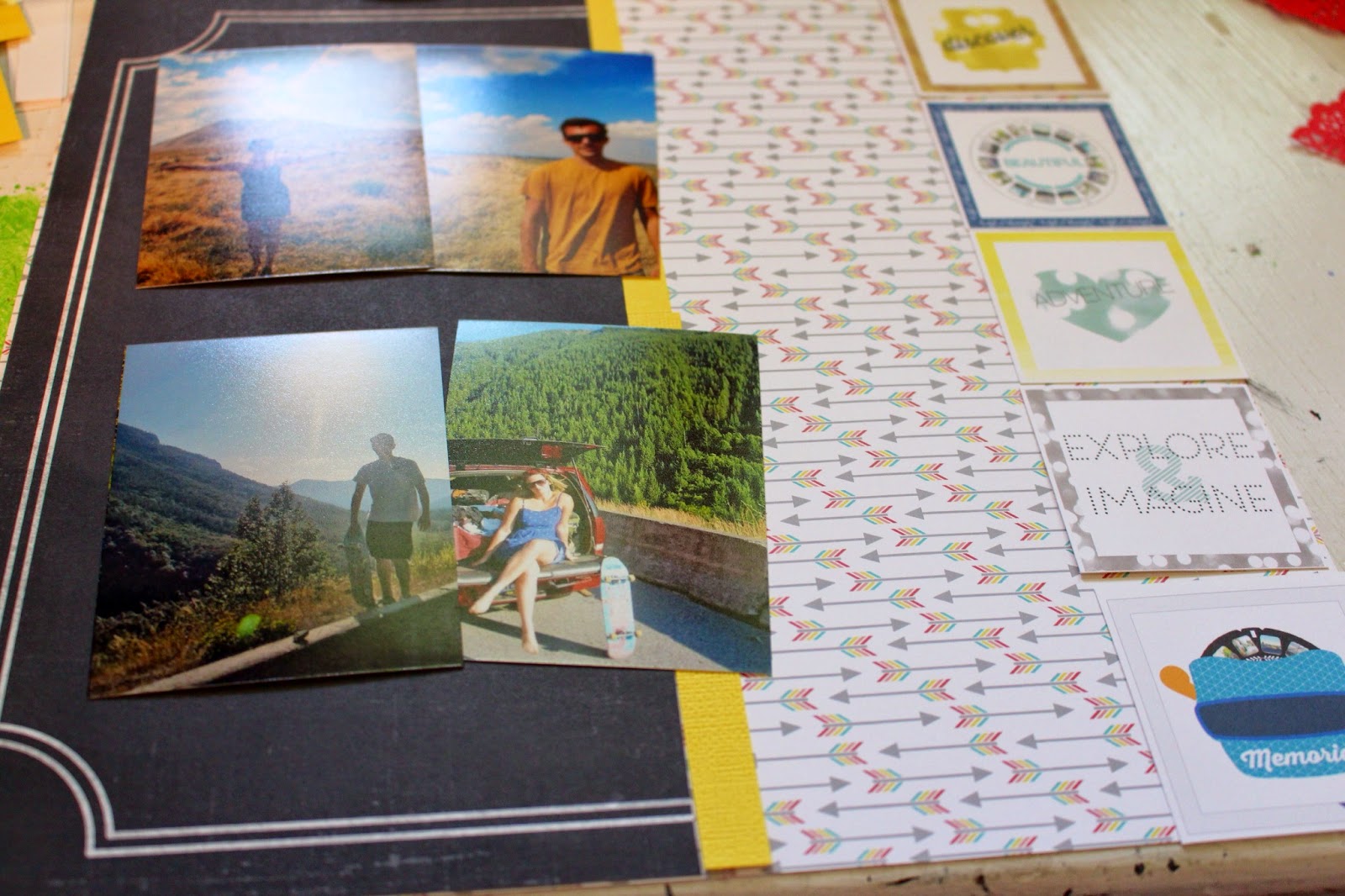 I liked the idea of using the heart shape diecut with You cut out, but I wasn't sure where it would work. I moved it around the layout a few times before making a decision. 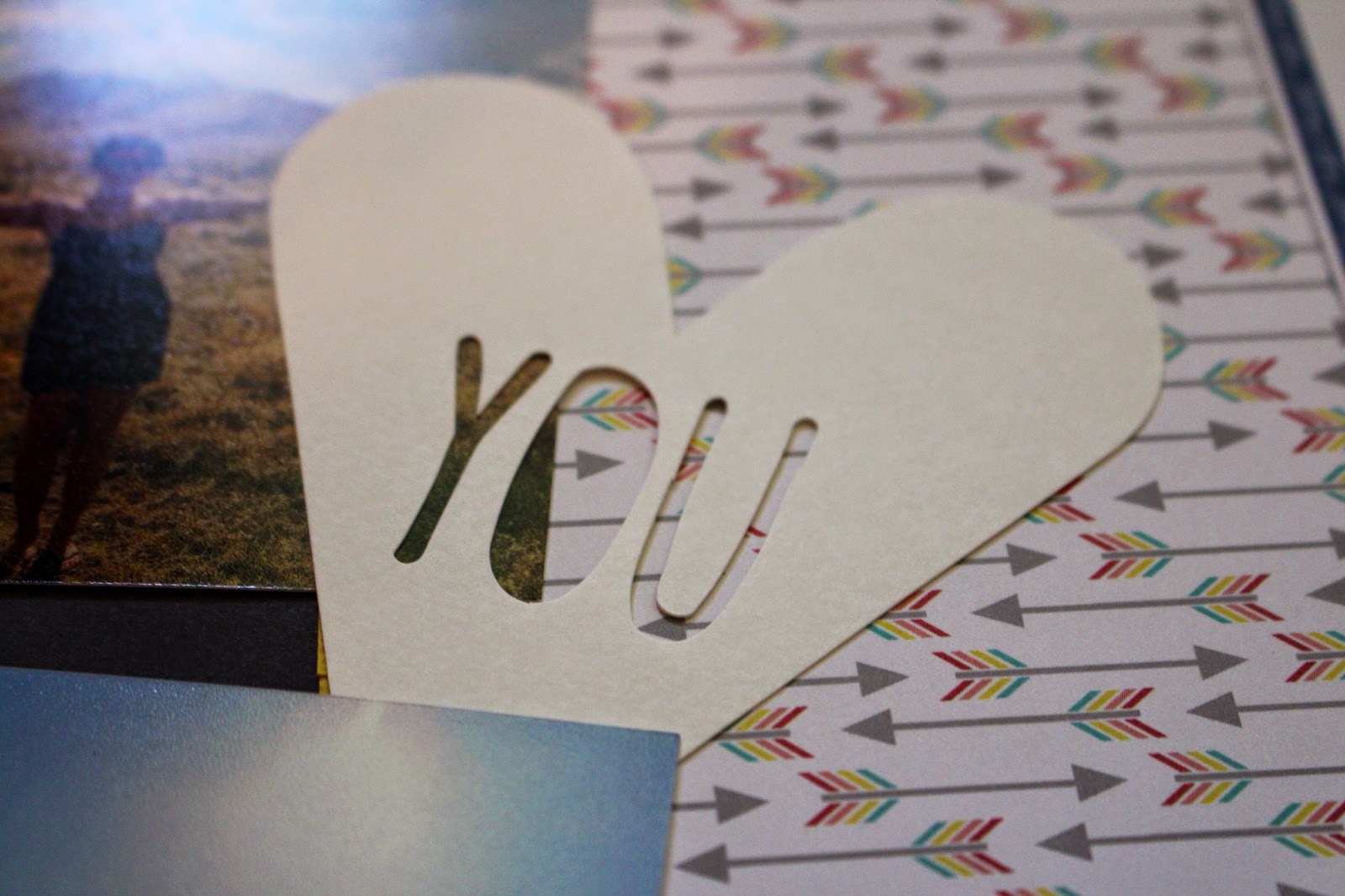 I finally ended up using it on the top left of the layout to serve as  part of my title treatment. You Travel is really the title of the page. 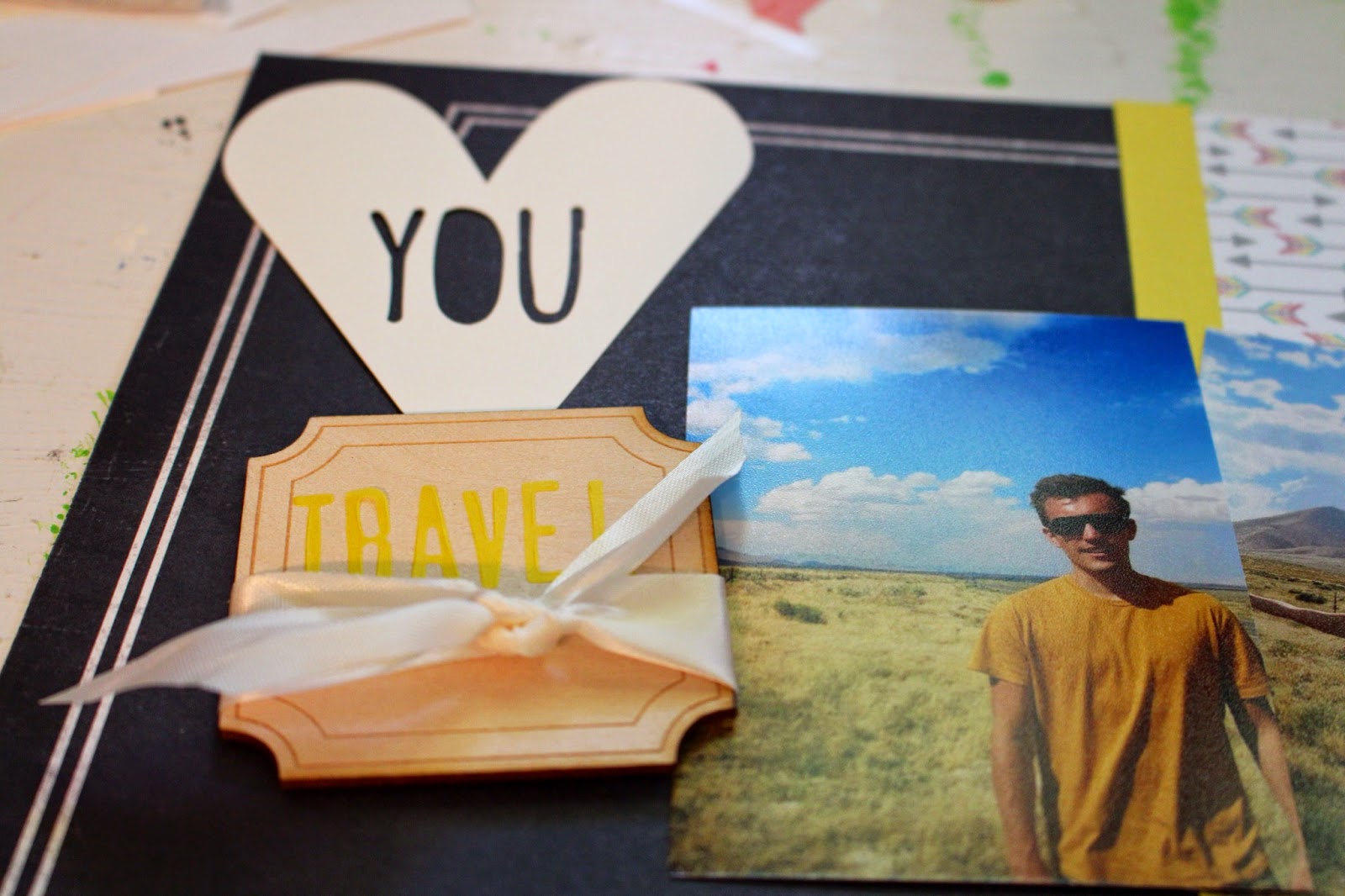 I moved the title treatment to the middle of the page and thought about it a while. Nope, didn't like that. Back to the top left it goes. 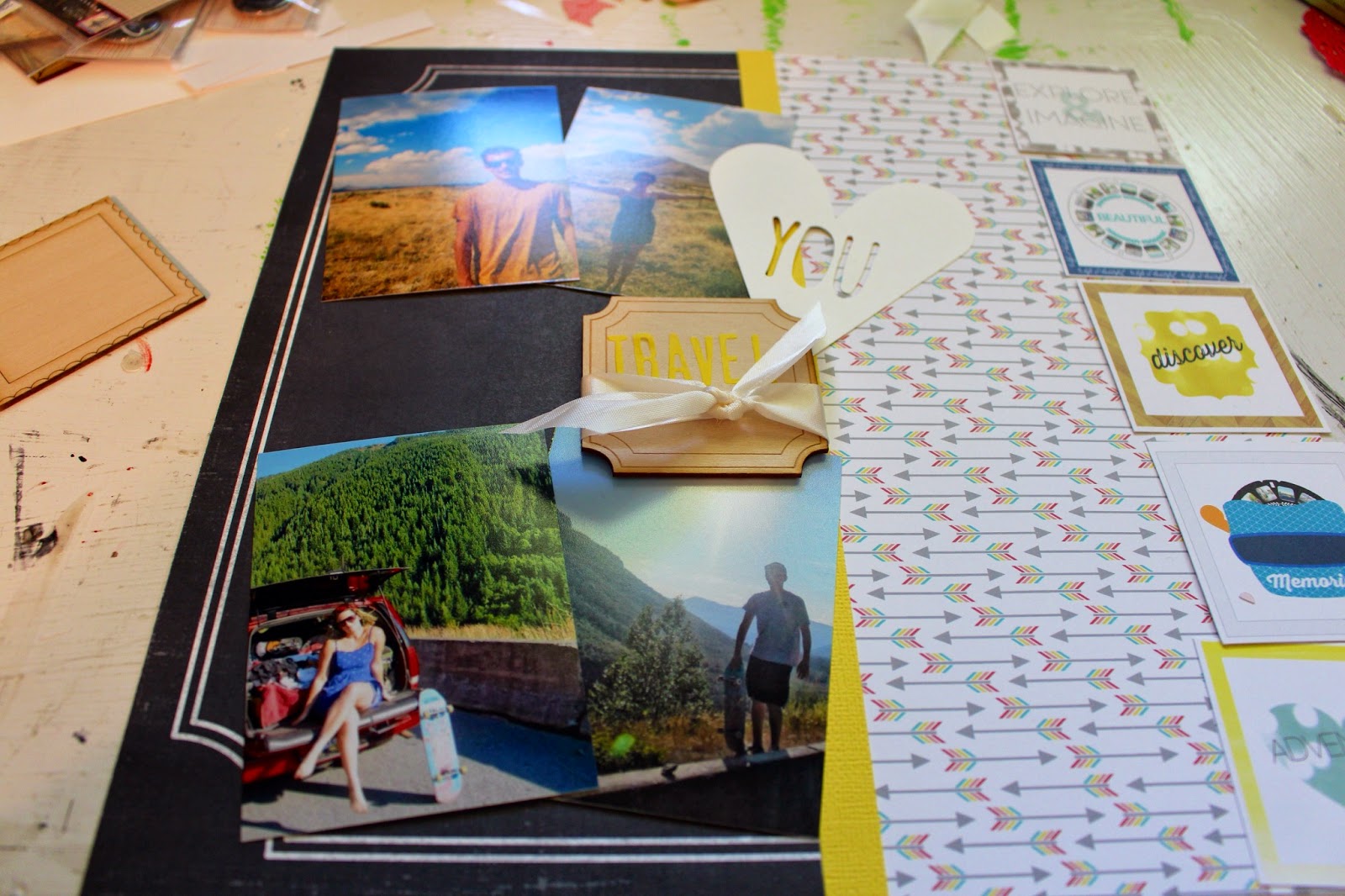 Then I considered moving the pics around again. Nope, too straight and rigid. I didn't like the feel of that, so I reverted back to the two pairs of tilted photos. (Changing my mind and playing around takes me a lot of time as I'm working, but I do think that it's part of the fun.) 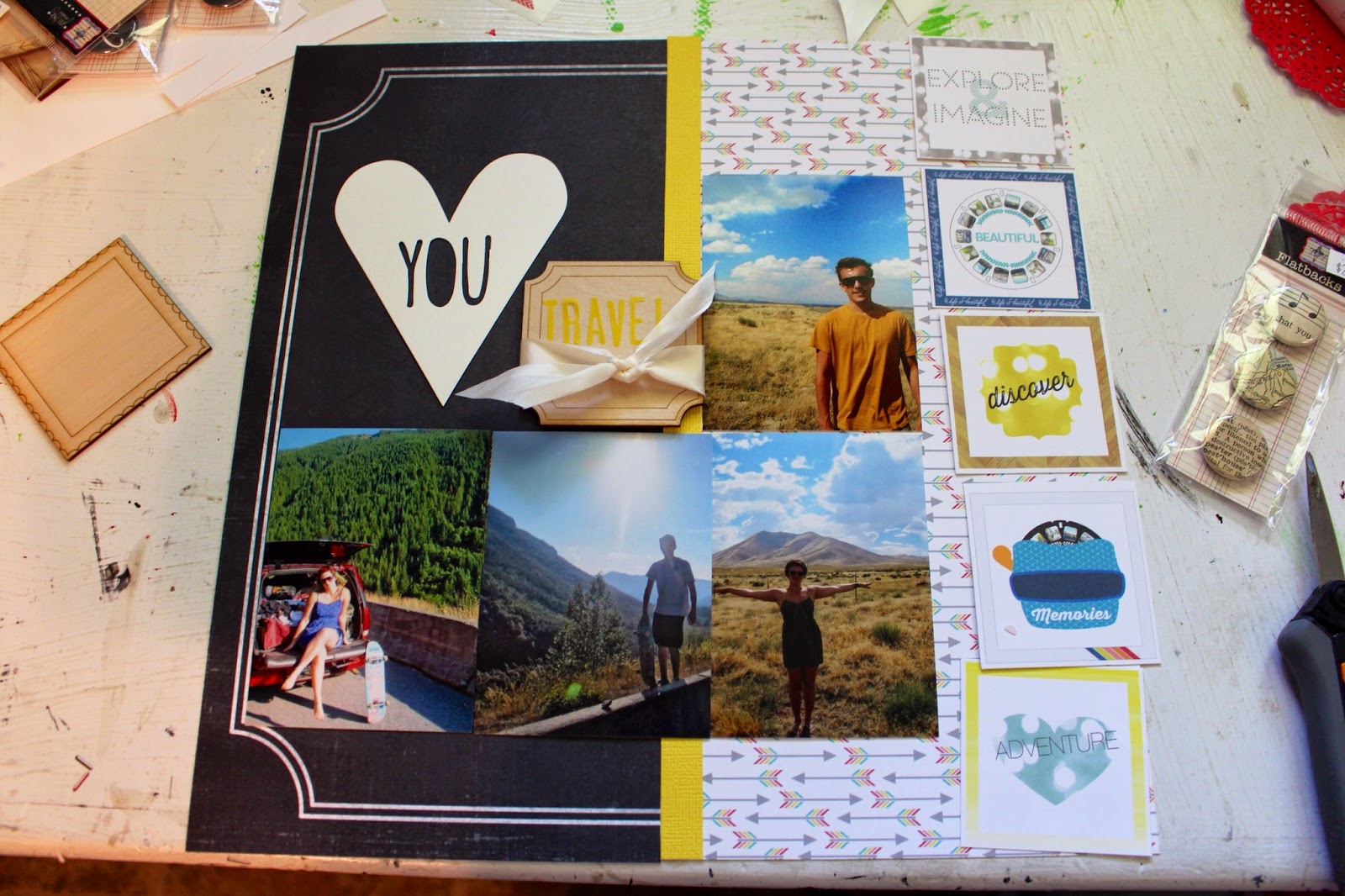 Yes, this is the layout I like. Guess it's time to start adhering things permanently. 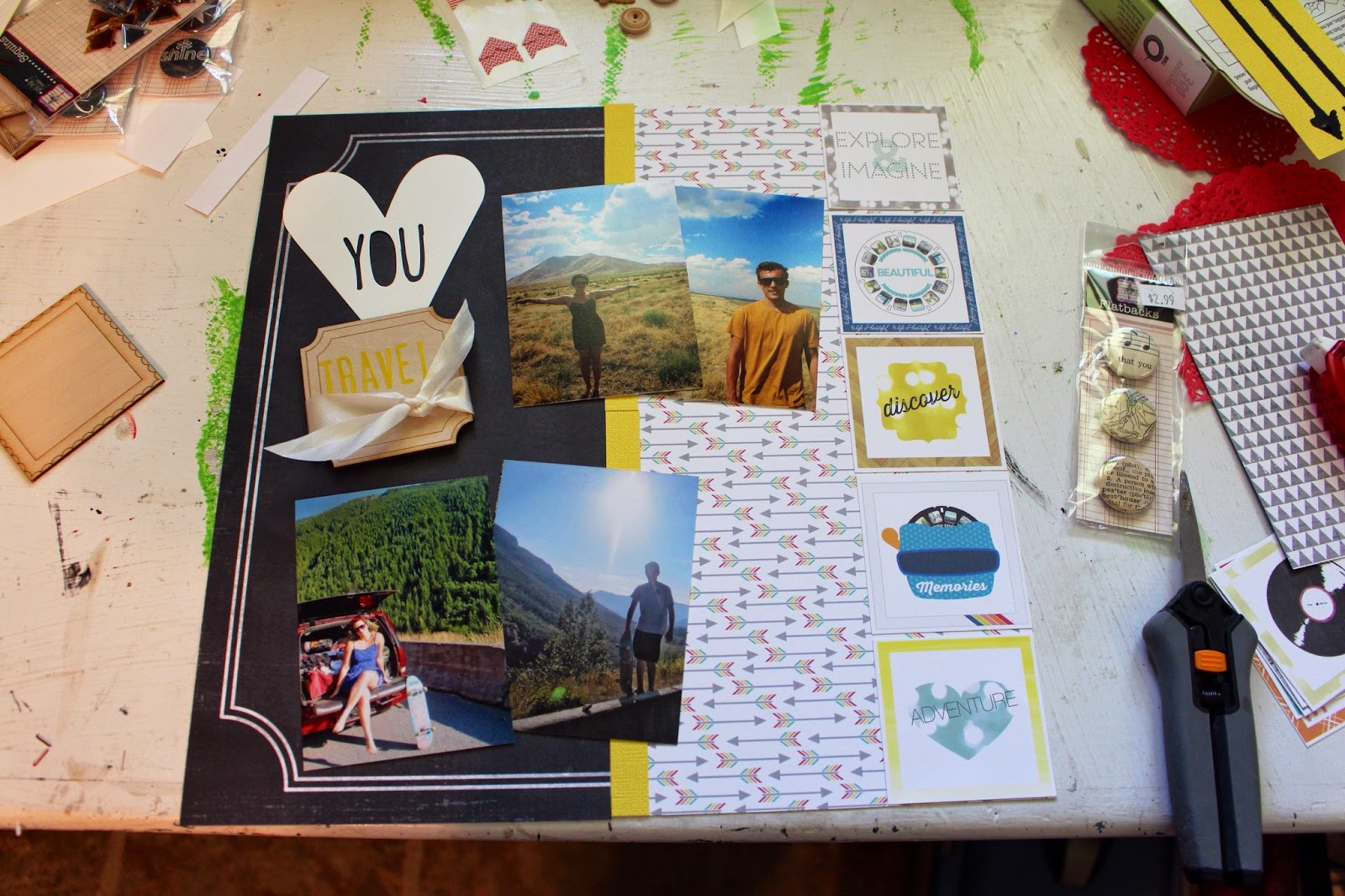 I needed a little bit of journaling space, so I cut some strips of yellow cardstock and wrote on them. The buttons kind of mimic car wheels or skateboard wheels, so I thought that fit with my theme pretty well. I thought the bold patterned cardstock echoed the arrow theme and that the gold diecut pieces looked sort of like suns. 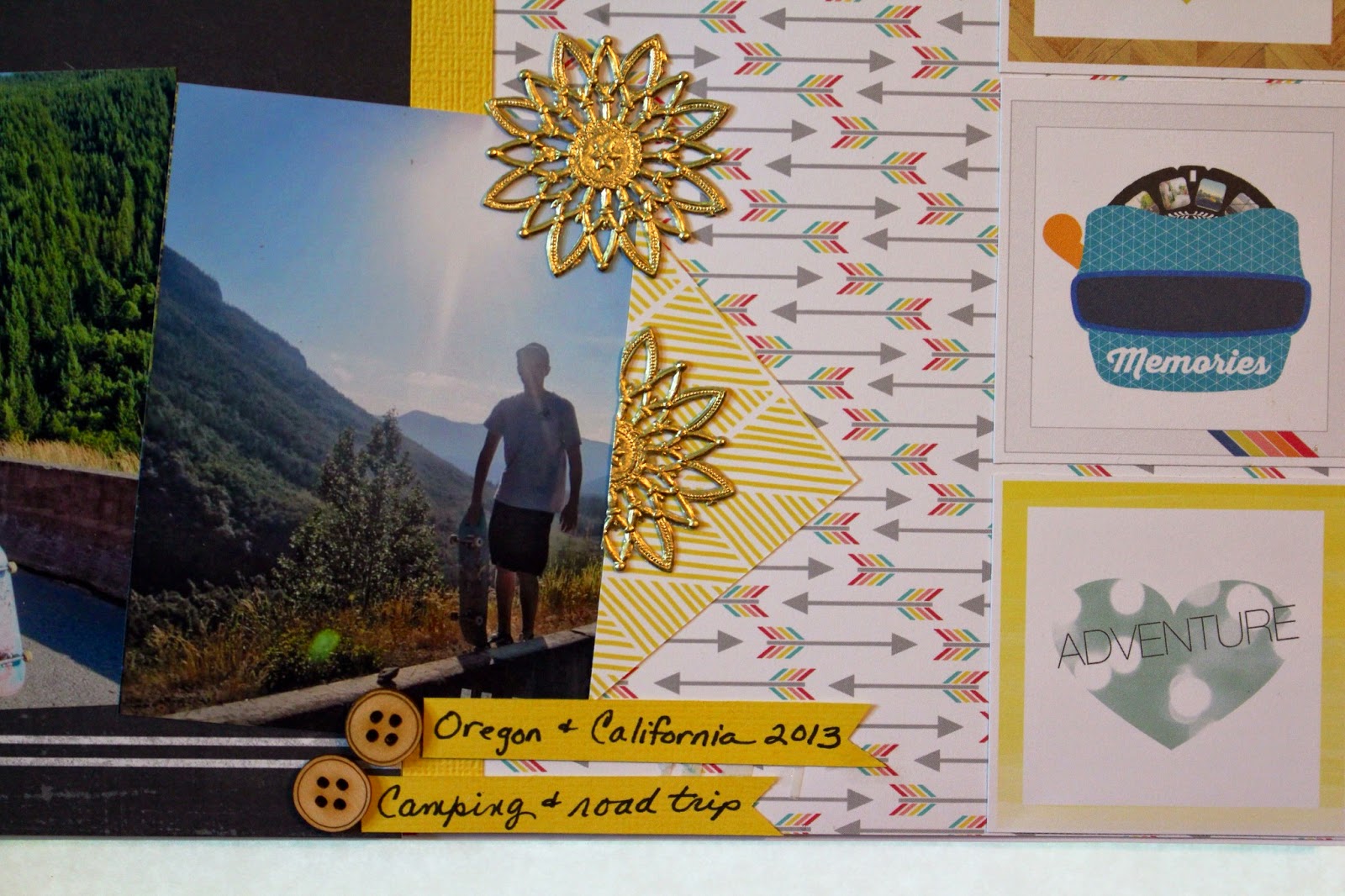 I challenged myself to use a stencil, even though I'm not really comfortable with them. I used black paint with my stencil, but I think I would've liked it better if I'd used ink and a blending tool. Putting that on my shopping list! 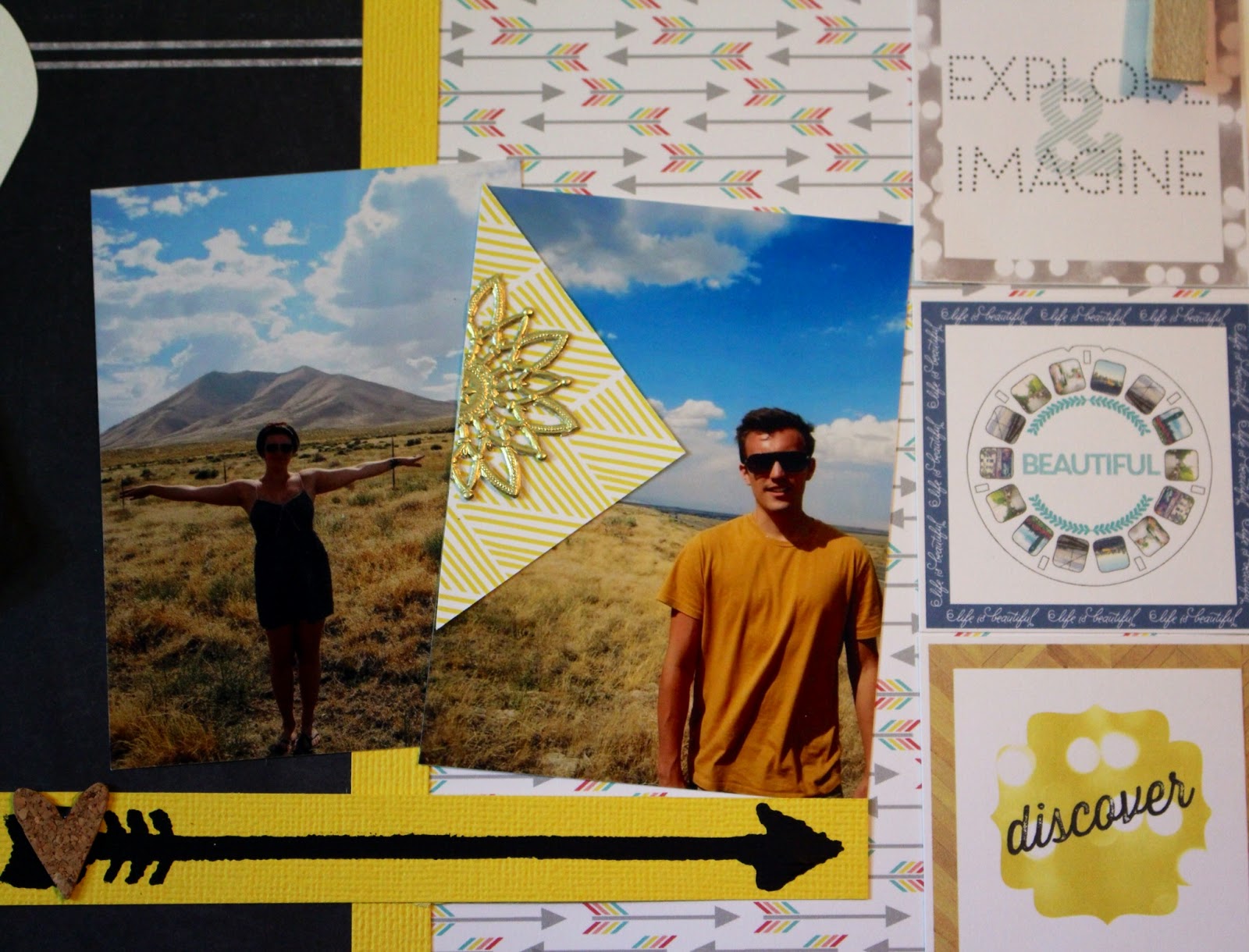 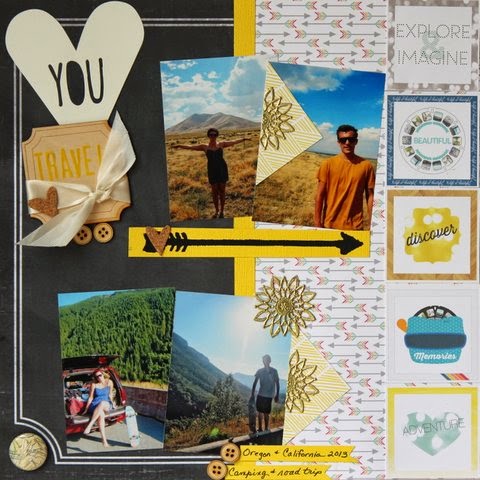 I'll be sharing three more projects this week using items from Jenni Bowlin Studios. Be sure to check them out!
Posted by Tiffany Lowder at 12:00 AM