It's true. I'm a grandmother. Oh, the horror. Well, actually it's not horrible at all. I'm the nana to a set of pretty adorable dogs, Ollie and Frankie. They visit and sleepover and have treats at my house, so I'm in training for any future kiddos Kelsey may  have.

My daughter and her boyfriend are apparently big dog people. As a little dog person, this took some getting used to on my part. It's a good thing they're adorable, or this might have been a problem.

Ollie is a boxer that my daughter rescued from a terrible living situation. Up until she was six months old, Ollie was neglected, half-starved, and half-frozen after spending a super cold winter outdoors. When Kelsey rescued her, Ollie's life definitely started an upswing. She was terribly destructive at first since she had never really interacted with people or lived indoors. After a rough first six months, she calmed down dramatically. Now, she's pretty awesome.

It looks like she's come up a bit in the world, eh? Ollie has the most expressive face and is the sweetest big dog I've ever known. She's definitely grown on me over the last three years. 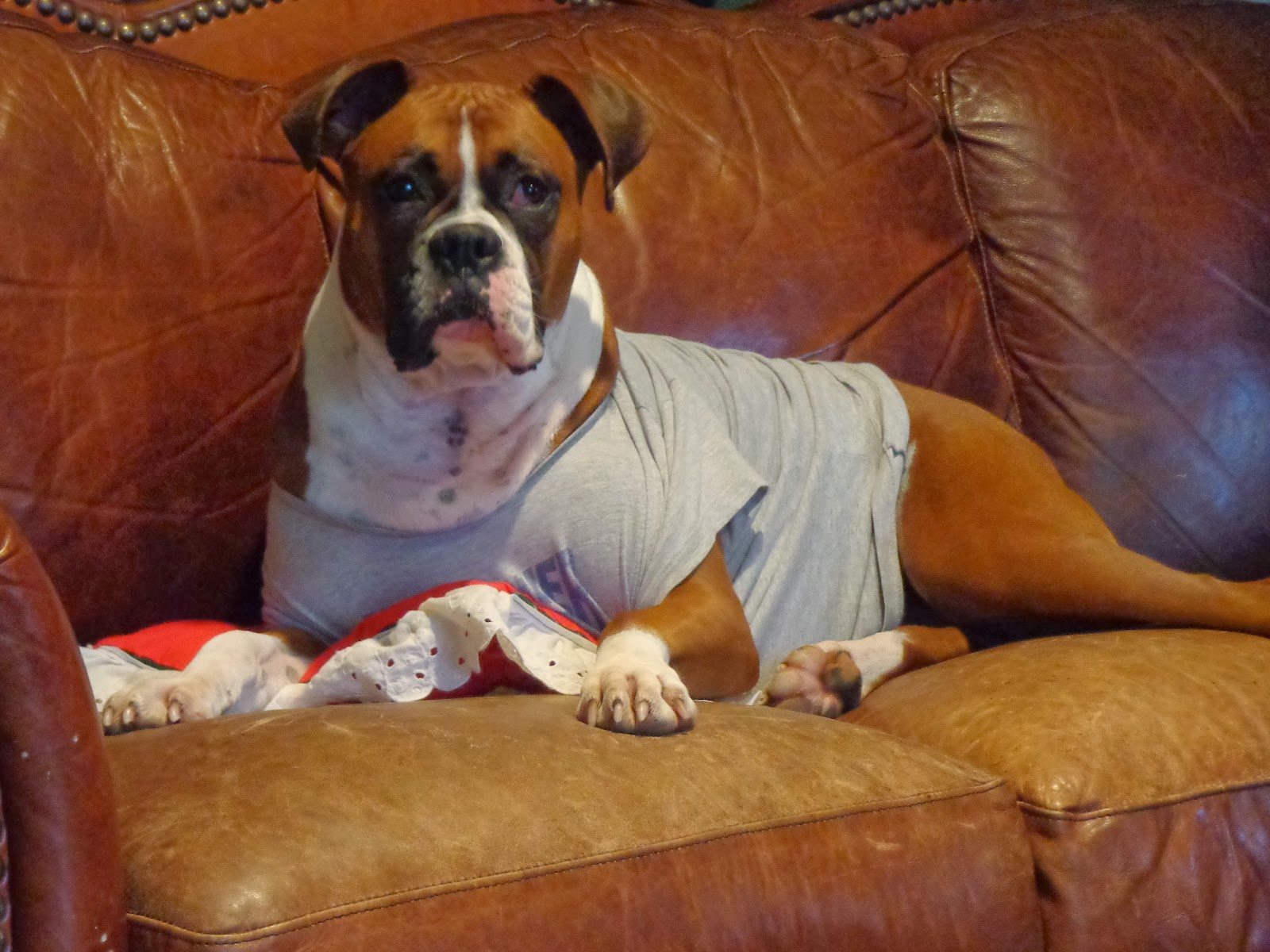 Frankie is a boxer/American bulldog mix, but I think he looks like he has a bit of pit bull in him too. Here he is at about 8 weeks. I thought Kelsey was crazy for adding another big dog to her little family, but Frankie has brought them a lot of joy. Frankie came from the humane society, so Kelsey rescued him from an uncertain future too. Frankie isn't allowed to spend the night at my house yet; when he comes to my house, he doesn't sleep. Soon though, I expect him to snuggle up with Ollie and stay with me when Kelsey and Jake are out of town. 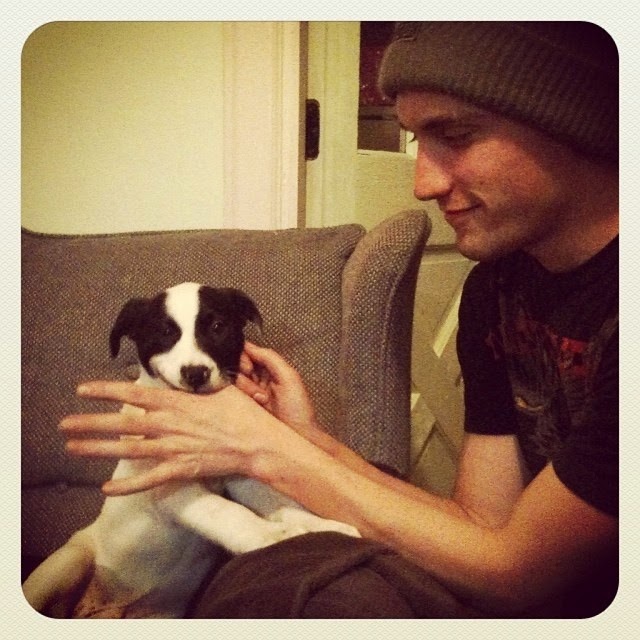 Here I am posing with Ollie at Christmas. She loves her nana. :) 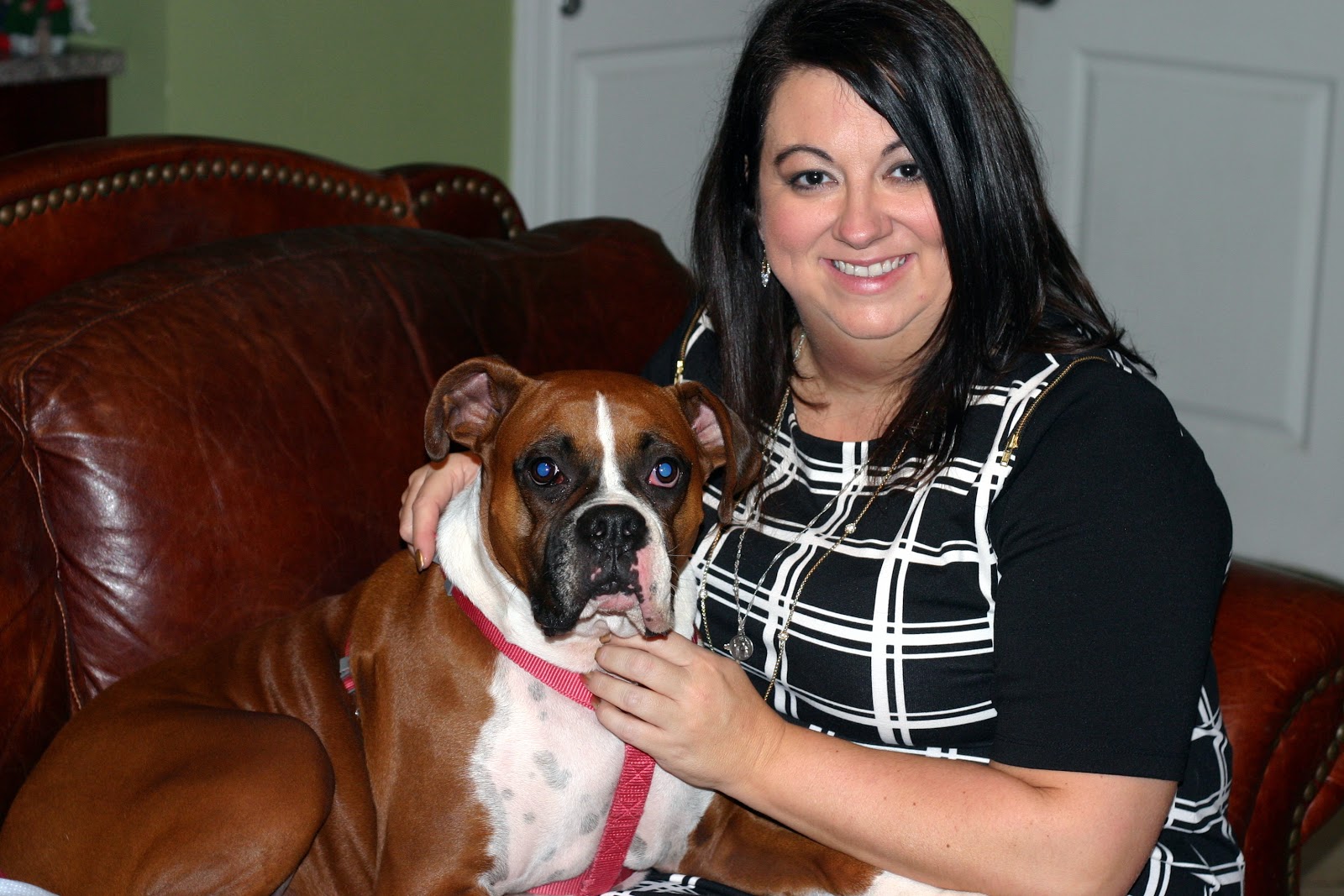 And here's Frankie most recently. He's grown quite a bit, wouldn't you say? Lol. (Side note, how weirdly awesome is this ancient chair at Kelsey's house?) 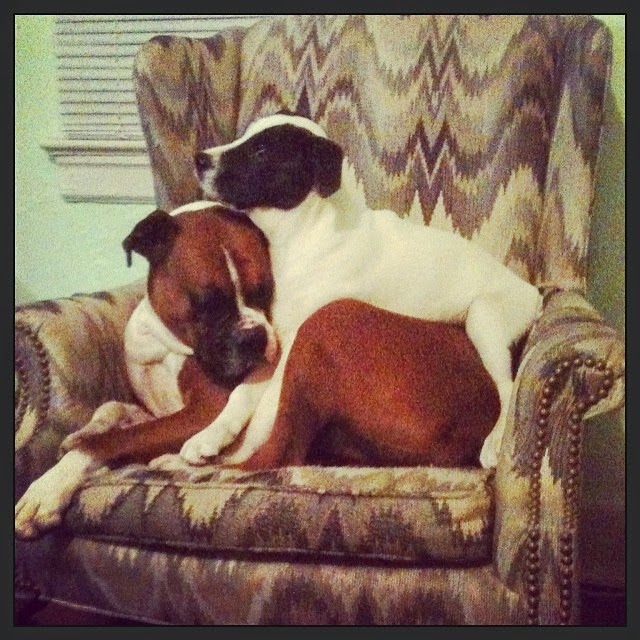 I'm not ready for any human grandchildren yet, so I'll just stick with granddogs for now. With faces like this and cuddles like you see below, how could I not love them? 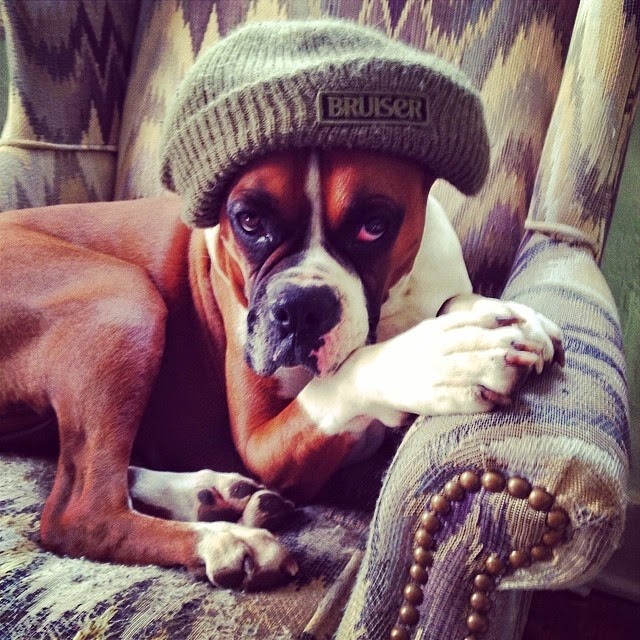 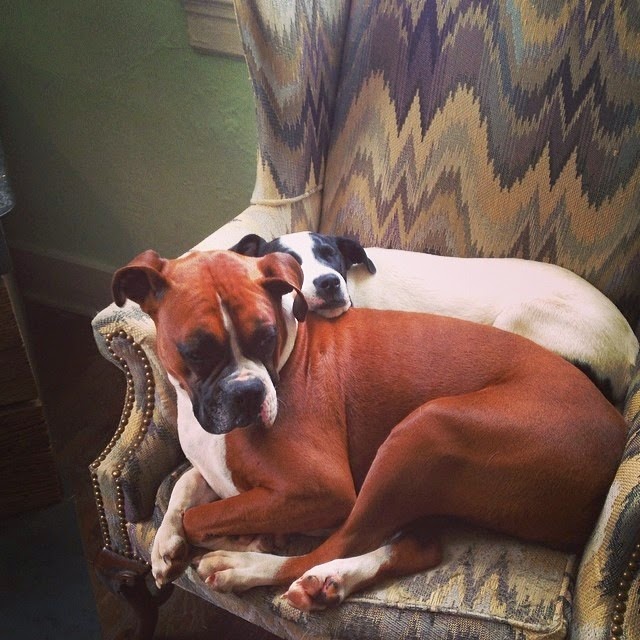 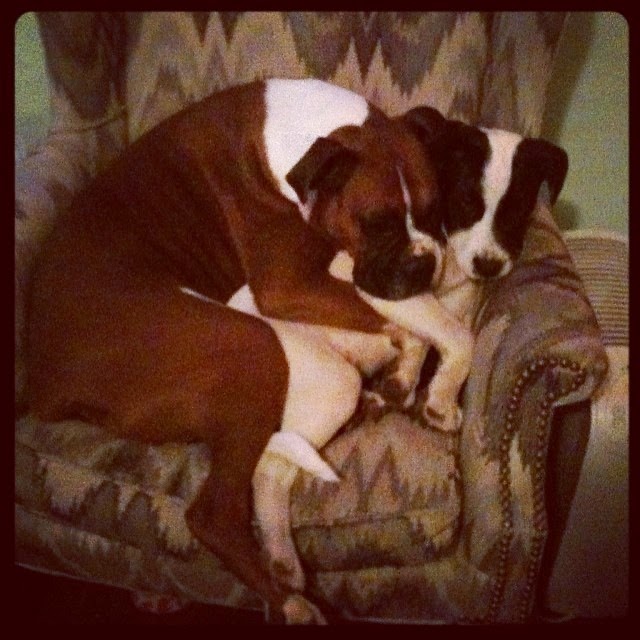 I'm in grand-dog love, indeed!
Posted by Tiffany Lowder at 12:00 AM