Back at the gym 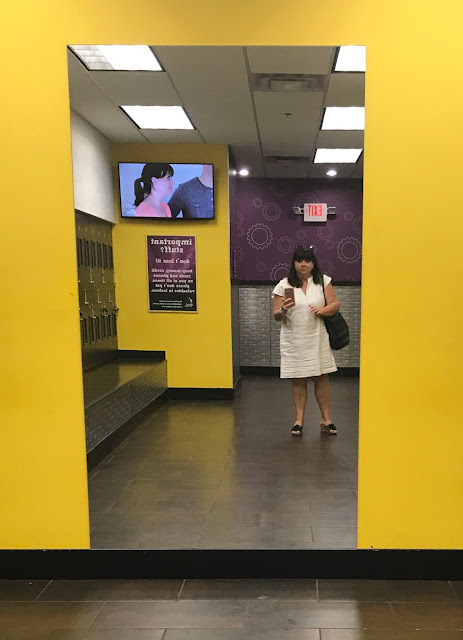 After being out of the country for around two months, I finally got around to heading back to the gym. While I was active while traveling, that's different from working out at the gym. And I must admit that recreating this habit has been really hard.

While I didn't gain back any of the weight I'd lost while I was traveling, I definitely lost strength and endurance. Because I'd been frustrated about being stuck at a weight loss plateau and because I needed something to inspire me, I acted against my normal inclinations and signed up for a session with the personal trainer. That service is included in my monthly membership at Planet Fitness, so I thought now might be a good time to take advantage of it.  I met with the trainer and we just chatted for the first session. He prescribed three workout sessions per week with 30 minutes of cardio and 30 minutes of either abs work or weight training. None of that seemed especially surprising except when he told me that my cardio workouts had basically lost all effectiveness because I'd been doing the same thing for so long. Courtney's suggestion was to change up my cardio rotation every two weeks and to increase either intensity or weight or interval of abs/weight training every two weeks as well. Apparently, it takes your body two weeks to get used to what you're doing and to stop responding to it as effectively as at the beginning. 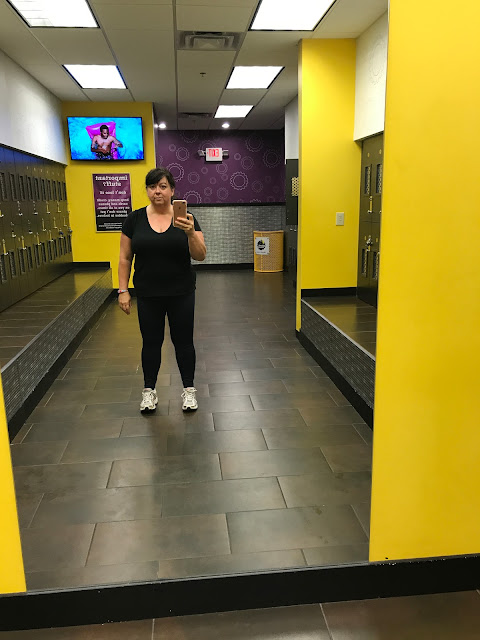 No, I don't intentionally dress like a ninja; I guess I just like to wear all black - haha!  I snapped this photo the day that I took an abs class with Courtney. I have to say that the moves he put me through are challenging but not impossible, and he listened to me when I told him a particular machine made my lower back hurt. I was glad that he was responsive to what I said without making me feel like a total whiner. 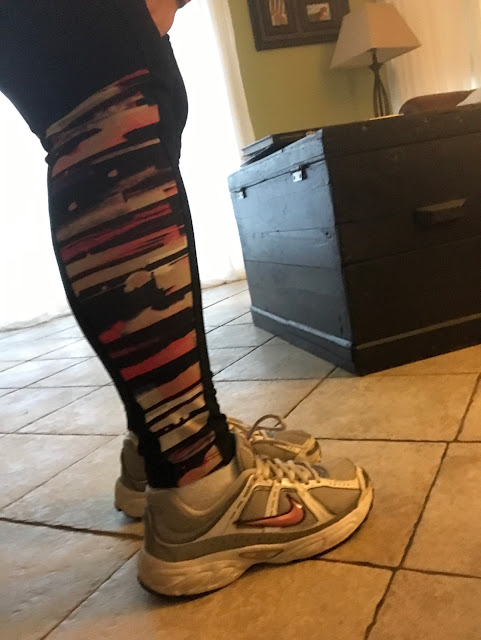 Another major change he suggested was that I spend several minutes stretching every day unrelated to my workouts. Courtney explained that stretching about 5-10 minutes a couple of times per day would be good for my body and for my workouts. On days that I'm heading to the gym, I also try to stretch out for 10-15 minutes before and after my workout. I have to say that stretching still makes me really sore, but it feels good at the same time. I'm trying to be more intentional about stretching every day because I know that it feels good and helps with thegeneralized stiffness that I've begun battling in the last couple of years or so. 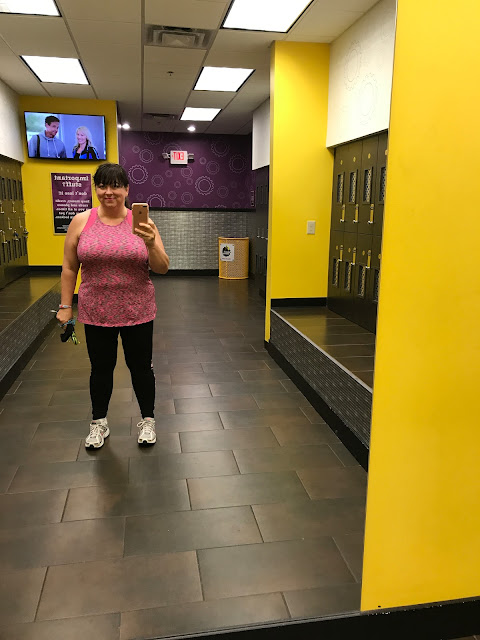 This photos features a smiling version of me for once. I was proud of myself because I'd managed a full 20 minutes on the new elliptical-style machine that offers full range of motion rather than just a back and forth glide like a traditional machine does. The first time I tried it just the week before, I could only manage 5 minutes before I thought my heart would explode. One week later, I had improved to 20 minutes; that's pretty impressive, I think!

I still have a ways to go since I'm only about halfway to my weight loss goal. But more than the numbers on the scale, I want to be stronger and I want to live longer. I figure forcing myself to go to the gym regularly will only help me achieve all of those goals. I'm still not enjoying those sessions during them, though I will admit that I feel proud and strong when I'm finished with a workout. I haven't seen many results yet more than some tired, sore muscles and some aching joints, but I hope I will if I stick with it. Taking care of my body is an ongoing process, not a one-time season of my life. Creating the habit of going to the gym is just part of maintaining the body.

Next up, I need to take charge of my diet again. I've been eating too much junk, and I know that's not a good thing.

Where are you on this journey? Maybe I could encourage you or vice versa. :)
Posted by Tiffany Lowder at 2:13 PM