I haven't done a post like this in a while, so I thought I'd share with you the things I've been watching in the last few months that I think you might enjoy too. I subscribe to Netflix, Hulu, and Amazon, and I share the fella's HBO NOW subscription. I also have cable, so I have lots of access to really good television. I prefer tv series over movies because I think television series allow for story and character development in a way that a single movie cannot. I tend to like science fiction and drama more than any other genre, which sometimes surprises people since I'm a woman. But I'll watch pretty much anything (except horror) at least once and give it a chance. If you're a tv junkie too, I hope you find some new shows on my list to give a try. 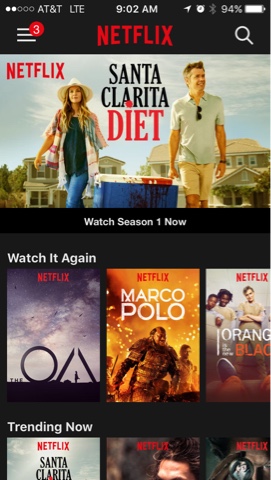 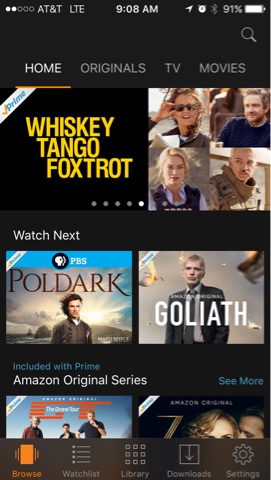 1.  Travelers - sci-fi series about people from the future who return to our current time to try to save the world from its future destruction

2. Santa Clarita Diet - comedy series about a family whose mother inexplicably becomes a zombie that craves raw flesh; I liked the first episode but am a little worried about the gore factor

3. Z: The Beginning of Everything - drama about Zelda Fitzgerald and her marriage to Scott; if you're easily offended by language or nudity, this is not the series for you

4. Merlin - family oriented series that re-imagines the Arthurian legends in an original way

5. Goliath - I didn't expect to like this as much as I did; Billy Bob Thornton stars as a rakish, alcoholic attorney who takes on a huge defense contractor in a wrongful death suit

6.  The Crown - this was an unexpectedly enjoyable series for me, though I wonder what Queen Elizabeth and her husband think of this portrayal of their early married years

7.  Westworld - futuristic sci-fi series where the rich visit the wild west that is inhabited by incredibly 'real' robots who are beginning to exhibit sentience

8. Vice News Tonight - this is a daily news program that approaches reporting world and national news events in a more in-depth and free-form manner; it took some getting used to, but I really like the style and focus of this series

9. The Man in the High Castle - sci-fi series based on a book (or series?) by Phillip K. Dick that re-imagines what the USA would be like in the 1950s if Germany and Japan had won WWII; it's amazing and a must-see!

10. Black Mirror - this is a sci-fi series of stand-alone episodes that examines cultural shifts we're experiencing now in light of the power they could have on our future; I especially loved the episodes about social ratings, euthanasia, and blackmail

I'm also excited about watching these shows very soon; some are new, and some aren't. I just have to pace myself on the number of series I watch at any given time. :)

Posted by Tiffany Lowder at 9:11 AM