With a bit of fall chill in the air here in KY, my mind begins to wander to all of the fabulous soups and stews I might whip up in my kitchen.Right now, we're in the strange season where it's sunny and 85 at midday but 45 and super chilly at night. So yeah, I'm wearing short sleeves to work still but sleeping with my electric blanket on at night.  Anyway, I thought I'd share with you a pretty fabulous dish today - shrimp corn chowder, Lowder-style. This is a recipe that takes bits and pieces from several different recipes I've seen online, and I personally think it includes all the best parts of the simple recipe options for this dish. I'm a fan of using frozen veggies when possible because they are inexpensive and still good for you without running the risk of fresh veggies that could ruin before I manage to use them. I also like this dish because it uses ingredients that I usually have in my freezer/pantry anyway. Here are the details in case you want to make your own Lowder shrimp corn chowder. 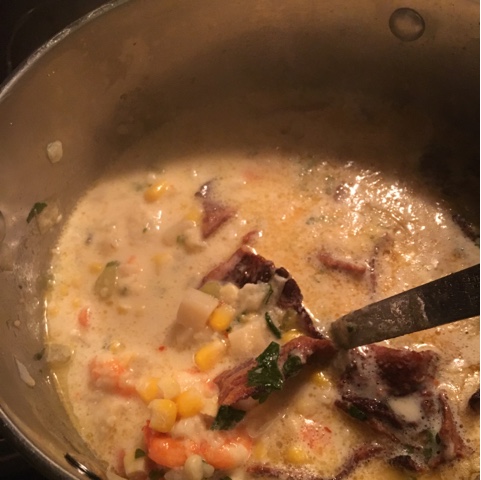 Here are some of the ingredients I used, but you can use whatever you'd prefer. 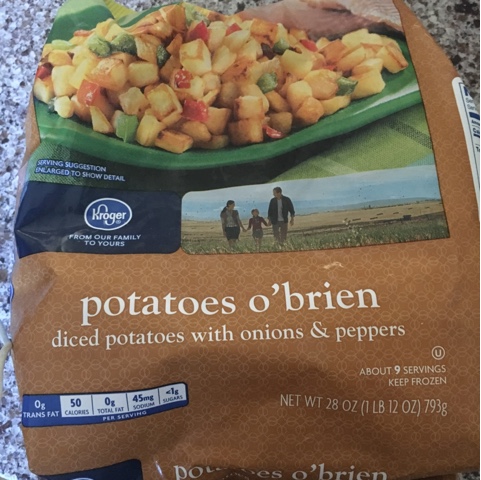 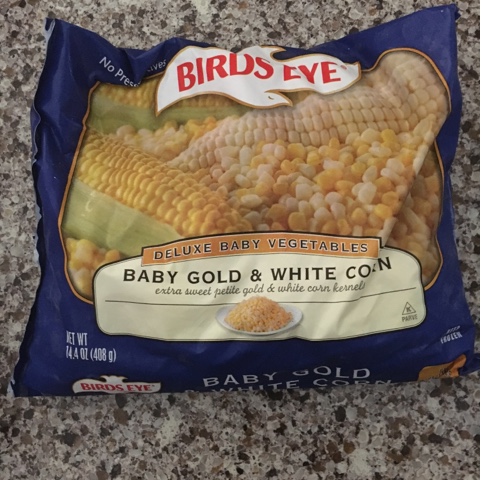 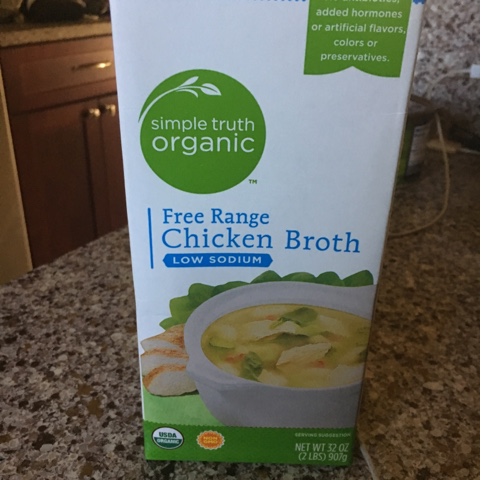 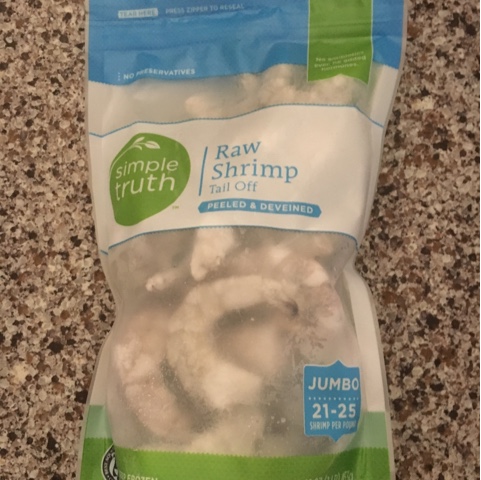 Directions:
In a large stockpot, saute diced onions in butter until slightly browned.
Add potatoes, corn, carrots, stalks, seasonings, and chicken broth; bring to a boil, then simmer for an hour or so to allow flavors to meld.
Slowly add heavy cream and stir until liquid is heated through; to prevent curdling, keep soup at a low heat and stir occasionally.
Add cooked bacon to allow it to flavor the soup as it finishes cooking.
Add frozen shrimp and cover soup until shrimp is pink.
Taste soup and adjust seasonings as needed.
I think the potatoes add enough starch to thicken the soup, but if you'd like a thicker base, you can do that by making and adding a simple roux.

(To make a roux, melt 1 stick of butter in the microwave in a small bowl and stir in flour a bit at a time until totally incorporated. It should look like a thickish, slightly crumbly gravy when you're finished. Add tablespoons of the roux to hot soup and stir until incorporated. As the roux is incorporated into the liquid of your soup, it will thicken into a sauce.)

To go with my fabulous shrimp corn chowder, I made the copycat cheddar biscuits a la Red Lobster that are featured on Damn Delicious. You can get the recipe here --  http://damndelicious.net/2014/02/03/red-lobster-cheddar-bay-biscuits/ 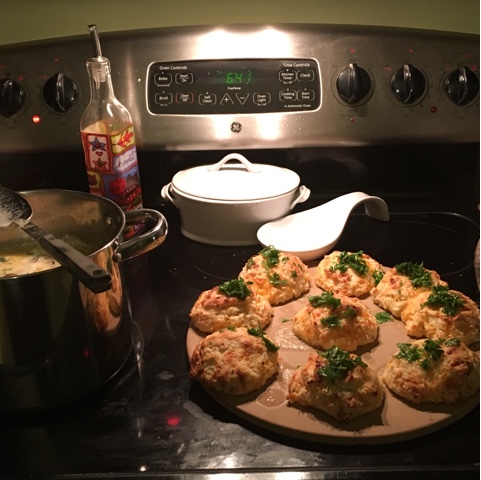