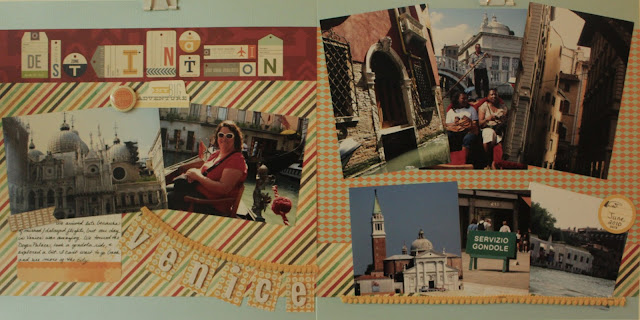 Today, I"m sharing one of my classic travel layouts with you. I say classic since it's at least five years old and because it showcases several of my trademark scrapbooking 'moves.'

First of all, it's a multi-photo, two page layout. I made these almost exclusively until about five years ago. The fact that I fit eight mostly full-size photos on one spread is pretty impressive.

Here's the left hand side of the layout. It features a pretty rotten photo of me, but I had been flying for roughly 26 hours straight by that point and hadn't showered in at least 36 hours. (The trip getting to Venice in 2010 was pure hell!) I still really like the combination of patterned papers I used, but I might not use all of those different tags that spell out destination today. It's a cute concept, but it's a little busier than my tastes would allow right now. I probably would've just stuck with the hanging banner that says Venice if I were to make the layout again today. 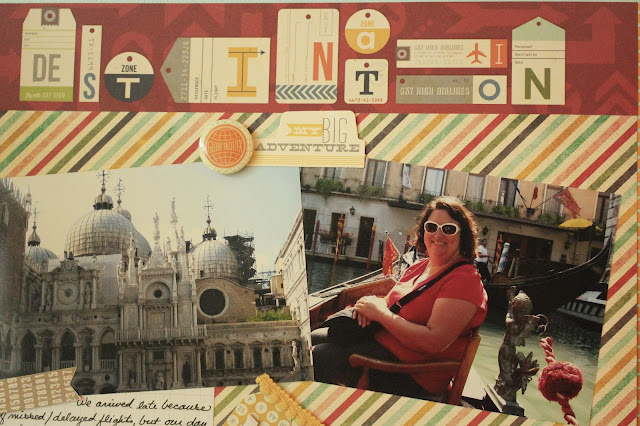 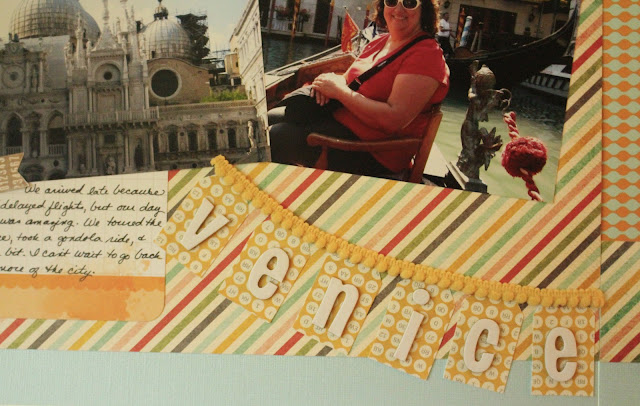 Here. you can read my journaling - it's not especially specific or poignant, but it does at least mention where we were and the highlights of what we saw. 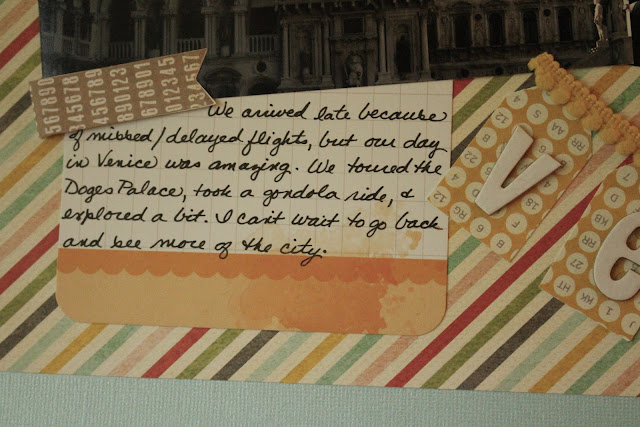 Here's a look at the right hand side of the layout spread. I trimmed the photos along the bottom of the page because they each had plenty of white space that wasn't needed. 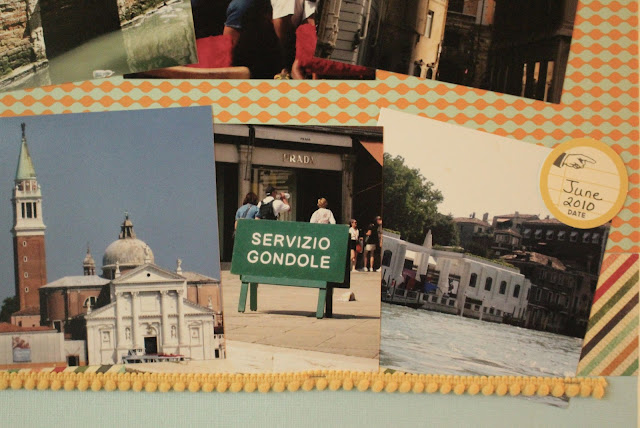 At first, I wasn't sure about tilting the groups of photos, but I like how it creates a sense of movement and how it allowed me to fit more photos on the spread without it feeling too rigid. 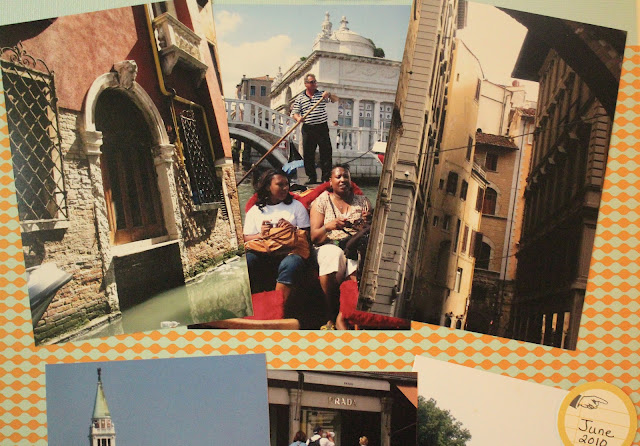 Here's another look at the entire spread. You can see that I repeated circle elements in a visual triangle between the two pages and that I tilted all the photos at basically the same level to create a sense of cohesiveness. About the only thing I'd change would be the amount and kind of journaling I did. Today, I think I'd likely journal on a couple of different cards and slip them behind the photos to give myself more room to tell the whole story. Other than that, though, I feel really good about telling the story of visiting Venice in so many photos. 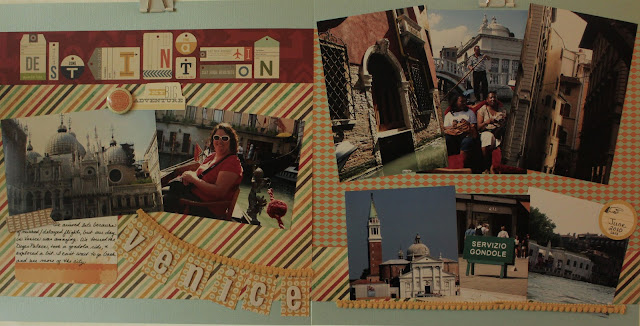