The itching seems to be more under control, thanks to a Cortisone shot and a daily Zyrtec. Yep, apparently, my dog has seasonal allergies. Hahaha!

Now that Charlie-dog's ears and itching are better, he has a grooming appointment coming up soon too. Woohoo! 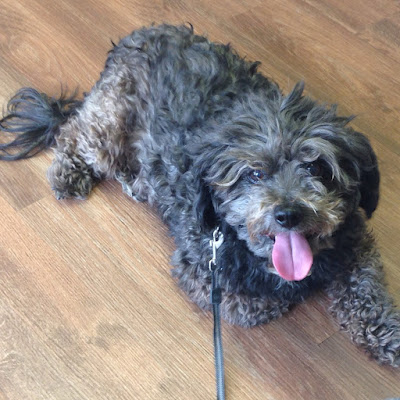 He's scheduled for wart removal and some dental work on May 5; I'm especially looking forward to those giants warts being removed. Ick!

He's older than we thought - probably around 13 instead of 9. I've had him since 2007, and he wasn't a puppy when he came to live at my house. He sure doesn't act like an older dog in most ways! 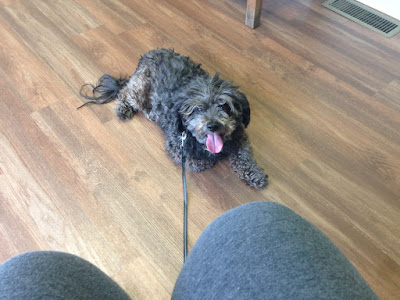 Charlie-dog does not trust or like the vet; he refused to take treats from him and everything! He did, of course, take them from me when I offered them. My boy knows not to take candy from strangers.

As part of the old age thing, he is developing some cataracts, and his hip dysplasia is acting up a bit every now and then. We'll treat hip pain with Rimadyl as needed.

Earlier in the week, I took him in for a much-needed grooming appointment. With his ears well, his tush clear, and the itching a bit better, he was in desperate need of a bath and a trim. Check out his new do! If only he weren't going gray, he'd look like a pup. :) 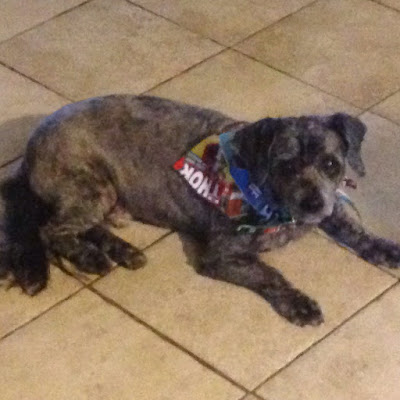 Mostly, though, Charlie-dog is feeling much better and just living his life!
Posted by Tiffany Lowder at 12:00 AM