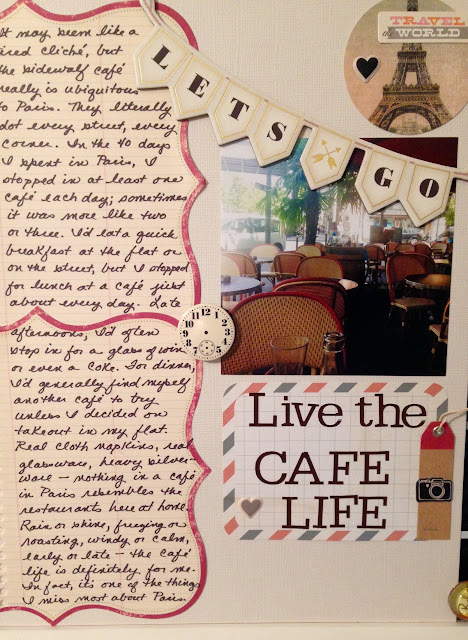 Apparently, I was on a bit of a travel theme kick when I decided to scrapbook earlier in the week. Again, I chose to work with a 4 X 4 photo from Paris, but this time I worked with an 8.5 X 11 page. I thought it was a nice change from all of the 12 X 12 pages I've been doing recently. There's a look at the entire layout, but I've included some closeup shots too.

I handwrote my journaling because that's my vibe, but I used this shaped lined paper to do it. If you look back at my layouts as a whole, I have a tendency to do this a lot. It used to make me feel kind of boring, but I'm choosing to think of it as a trademark element instead. This time, I actually overlapped the shaped pages a bit, and I like that variation. You can see that I had a lot to say about the cafe life in Paris. 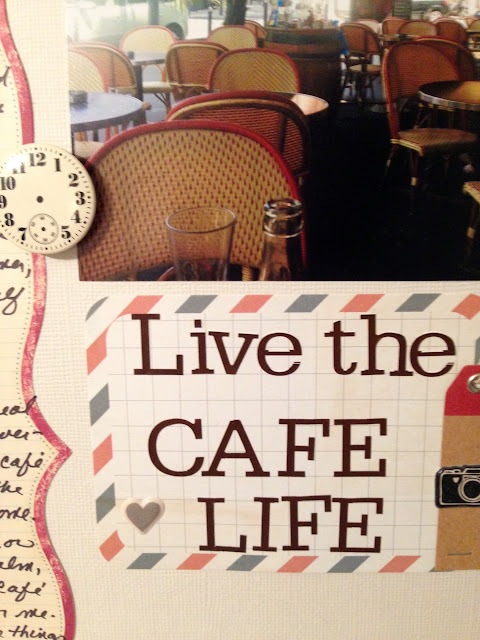 For whatever reason, I'm into multi-word titles right now. "Let's Go" was my initial choice for the title, but then I kept thinking of the phrase "Cafe Life" and wanted to include it somehow. After I'd written the journaling and actually included that phrase in it, I knew I had to find a way to incorporate it. I used a travel themed PL card that just happened to match the shaped paper I'd chosen very well and layered American Crafts sticker letters on top. 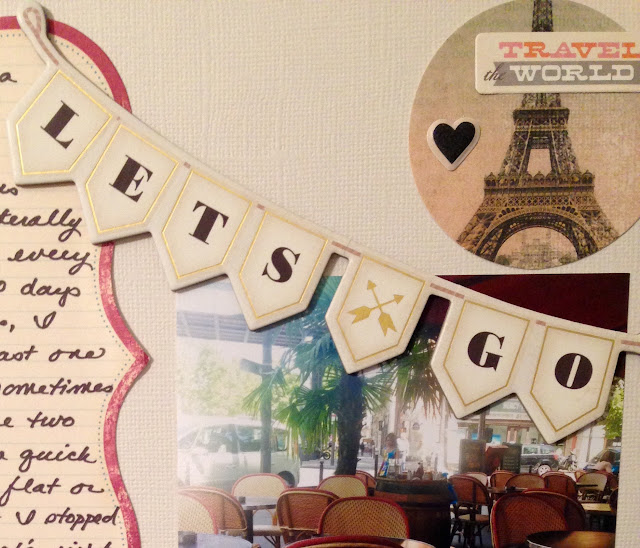 This chipboard banner just slays me.

To finish things up, I added a few travel themed embellishments. At first, I was worried about the left side of the layout feeling too heavy, but I think I addressed that by including the embellishments at the top right corner of the page and the title treatments.

Thanks for checking out my layout. I'm sort of feeling the crafty groove this week, but I don't know if I'll have any time this weekend to scrapbook. What about you?
Posted by Tiffany Lowder at 12:00 AM