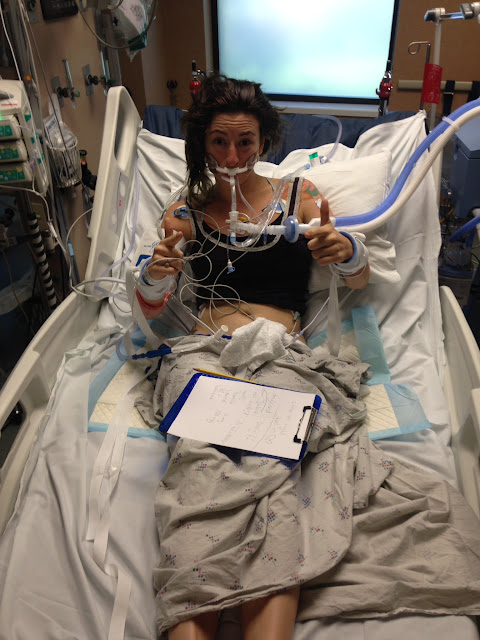 This girl scared me to death a couple of weeks ago. On Monday the 27th, she called me from Oregon around mid morning to tell me she had spent several hours in the emergency room the night before due to an asthma attack. While she's had asthma since she was 12 or so, she'd never had a major attack like this. I was horrified she hadn't called me in the middle of the night but reassured that she was now ok. She sounded like herself, you know.

Less than six hours later, she was on her way back to the hospital. Because she was 90 minutes away from civilization on a camping trip, her bf began driving her to the er. On the way, she got do bad that he had to call an ambulance that apparently met them on the highway. As they started working on her, they quickly realized she had virtually no airway. They sedated her heavily but couldn't put her totally to sleep because of her body's reaction to the altitude change and the adrenaline pumping through her
system. While they'd given her double the dose for her weight, she remained awake and aware albeit
unable to move. Seconds before they were going to perform an emergency tracheotomy in the
ambulance, they were able to intubate her forcefully. (So forcefully that there was initial concern about permanent vocal chord damage.) Intubated and receiving oxygen, they took her to the hospital and repeated pretty much everything they'd done to her 12 hours earlier. Kelsey would tell me on the phone the next day that that was the scariest thing she'd ever experienced. I can't even begin to imagine how afraid she must have been. 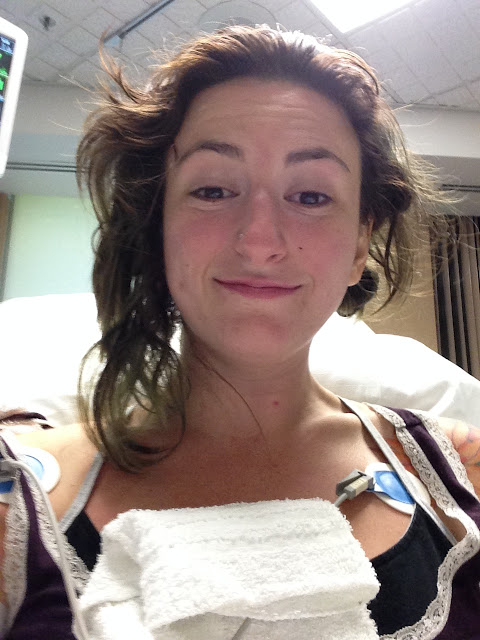 They weren't about to let her leave the hospital after such a life threatening event. Much to her chagrin, they admitted her to ICU to monitor her breathing, to assess her vocal chord damage, and to track her heart rate. Apparently, there were some scary heart rate readings in the midst of these asthma attacks. Plus, I think the hospital was worried about potential liability after having sent her home the night before.

I was being told what was going on by her bf and didn't get to talk to Kelsey herself until they removed the breathing tube a few hours later. She did begin texting me at that point, so I was at least getting real time updates. I wanted to hop on a plane and go there, but I refrained from 'making it about me' and insisting. I felt like she'd tell me if she wanted or needed me there, and I definitely didn't want to pressure her or increase her anxiety level.  Dang, it's hard to be the parent of a grownup. 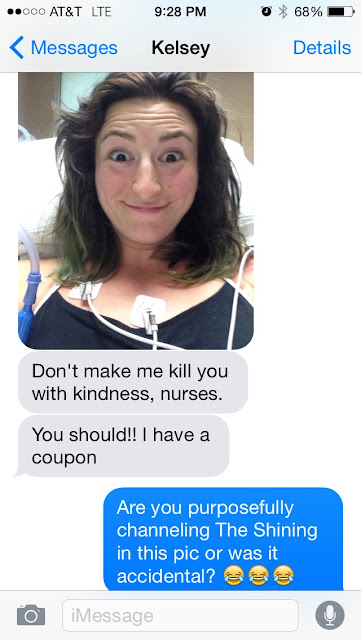 When she started texting me and complaining, I knew she was on the mend. Kelsey spent about 36 hours in ICU, and I was honestly surprised they didn't keep her longer. They loaded her up with steroids + antibiotics + breathing treatments while she was there, and they sent her home with lots of meds too. 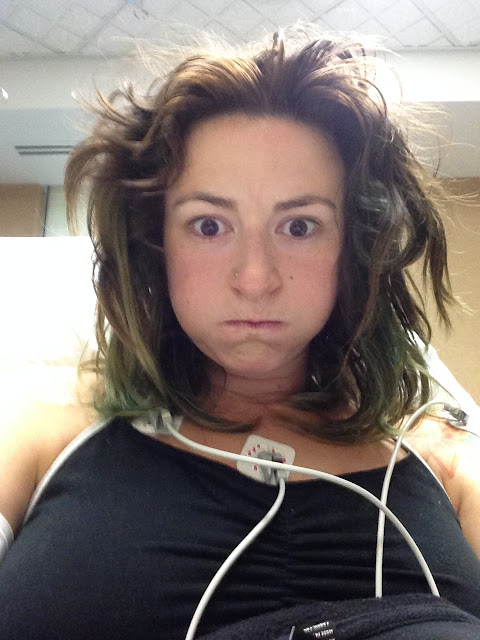 Once she started sending me regular selfies, I felt even more assured. 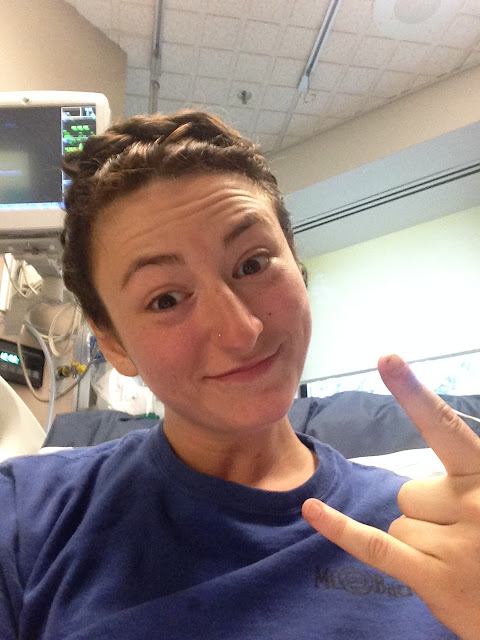 Receiving this photo made me very happy since she took it as she was checking out of the hospital. Rather than fly home two days later as planned, Kelsey decided to wait another week. She's an anxious flyer and was worried that the stress of flying might throw her into another asthma attack with vocal chord dysfunction midflight. She didn't want to risk needing a tracheotomy at 50,000 feet. They stayed in Oregon another week and took it easy by staying at Jake's grandparents' house. (At least they didn't go camping again, right?)  I wasn't really happy with this decision, but she's a grownup. That's the hard part, remember?

Anyway, I think she was really surprised at how long it took her to recuperate from this experience. It was a solid week before she wasn't in pain, and she had several episodes of troubled breathing even with all of the meds they'd given her. I'd talk to her by phone and we'd text too, but it wasn't the same as actually being with her. I'm pretty sure she was missing me too, but we had to make the best of it. When you're 23 you expect to feel 100% better the next day after an illness + you want to be independent and strong + you want your mom when you're sick. It's a difficult combination of feelings and expectations to manage by yourself.

Honestly, I didn't breathe easiily or sleep well until Kelsey and Jake flew home late last week. Once I'd hugged and kissed her, it really felt like she'd be okay. She's lost 20 pounds or so which she didn't need to lose, but she seems well otherwise. In a couple of weeks, she has an appointment with a lung specialist; hopefully, he will be able to help her manage her asthma more effectively and determine why the vocal chord dysfunction suddenly began.

So, yeah, this girl gave me quite a scare the last couple of weeks. I'm so thankful that she's happy, healthy, and home now.
Posted by Tiffany Lowder at 12:00 AM