Our guide called Chambord in the Loire Valley a bachelor's palace because it has hardly any furnishings and very little landscaping.  In its 500+ year existence, it has only been inhabited for 42 years. It was built as a royal hunting lodge originally. 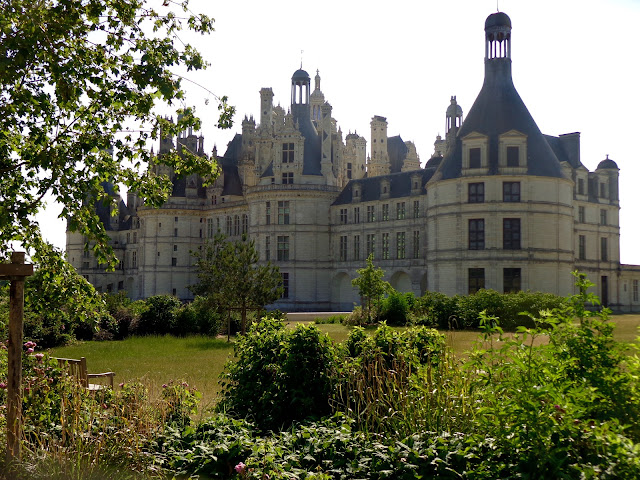 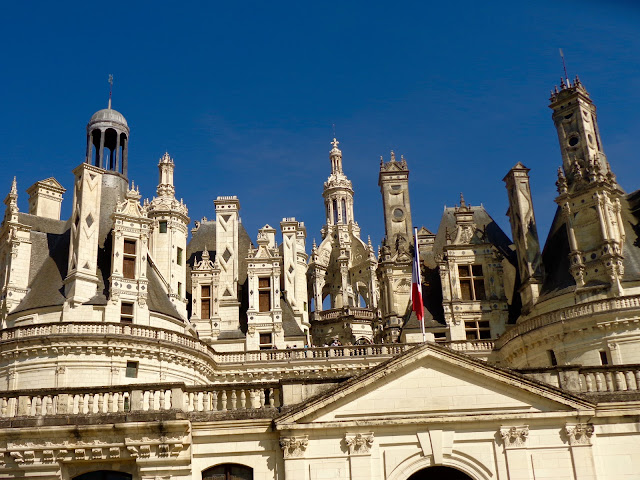 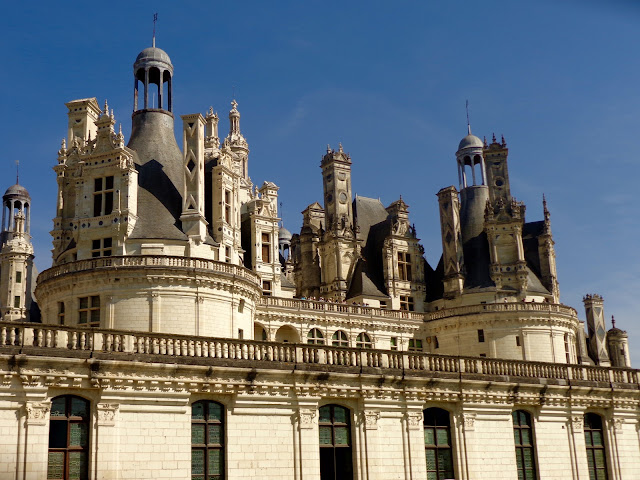 I love the Byzantine influence in the architecture. 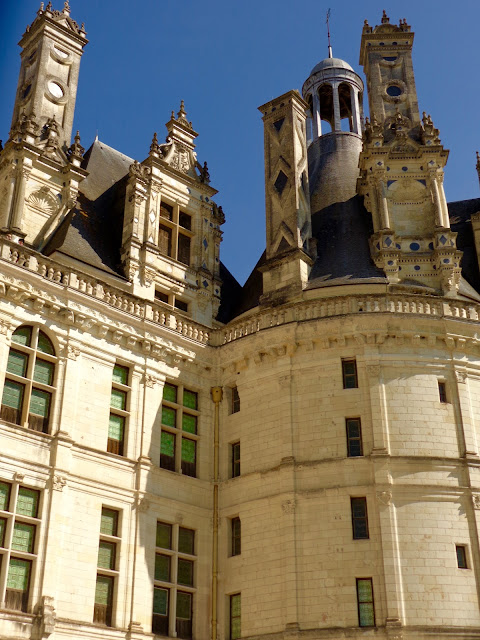 Its double helix staircase is probably its most famous feature. Likely, it was designed by Leonardo da Vinci who lived about 15 years in and subsequent died in nearby Amboise. Interestingly enough he died the same year the castle was begun. The staircase means that two people can be traveling on it in opposite directions and never meet each other perfect for the queen and the king's mistress. 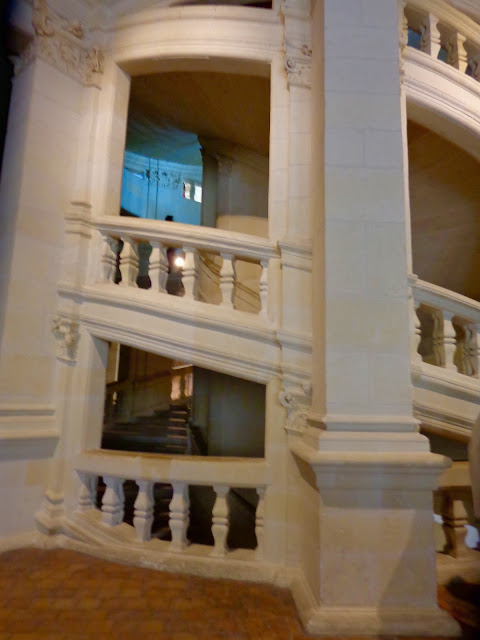 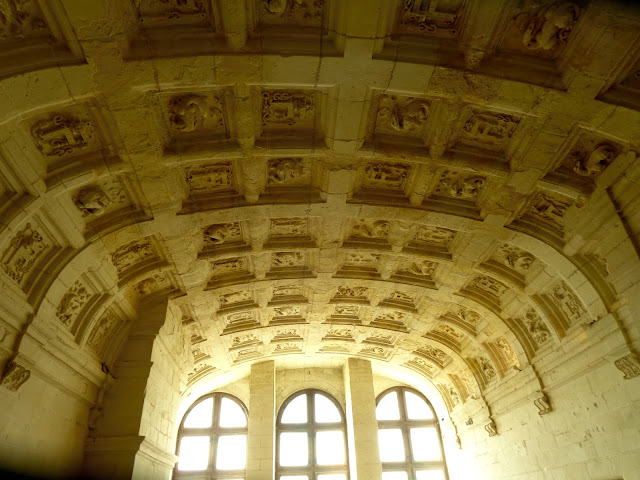 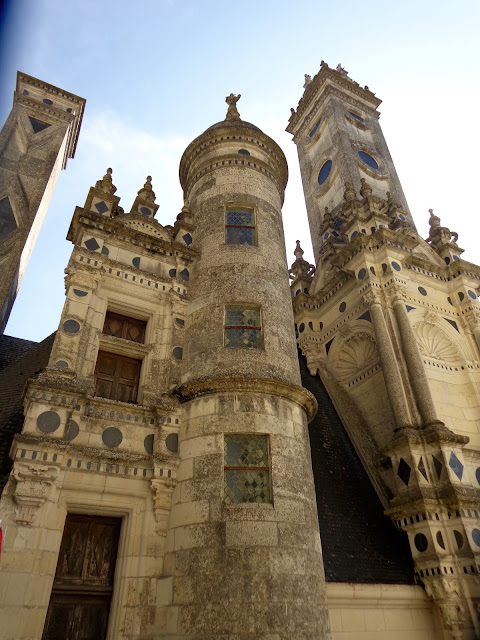 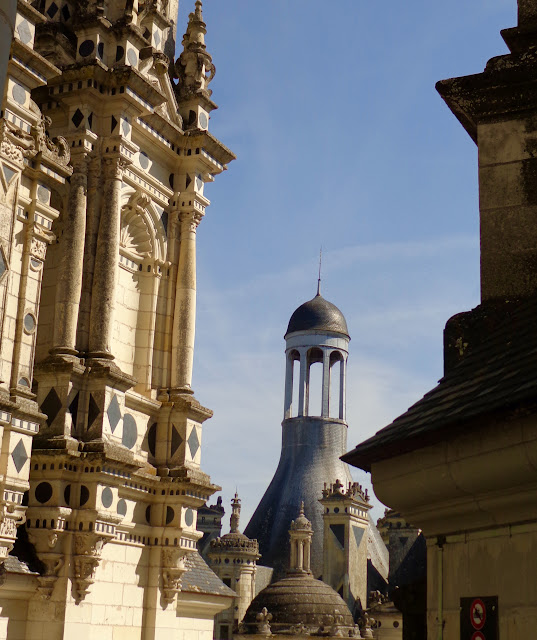 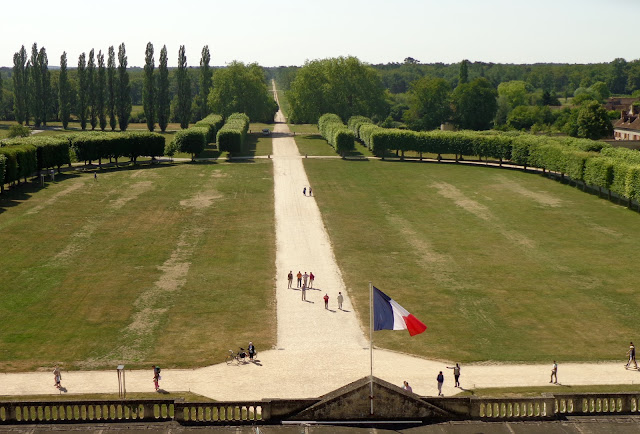 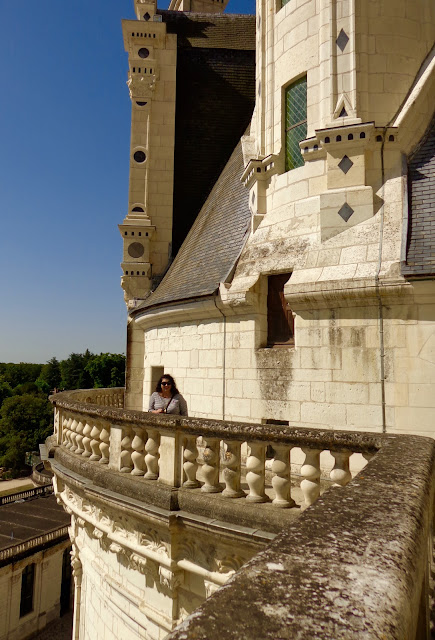 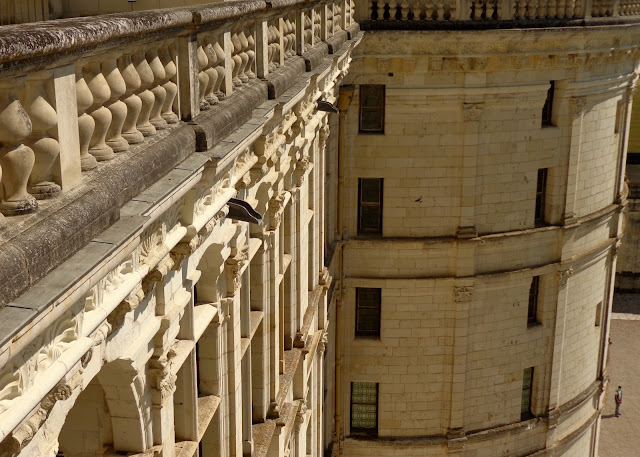 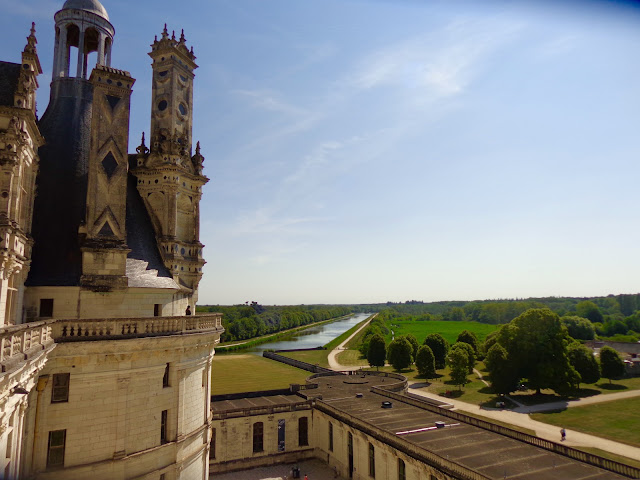 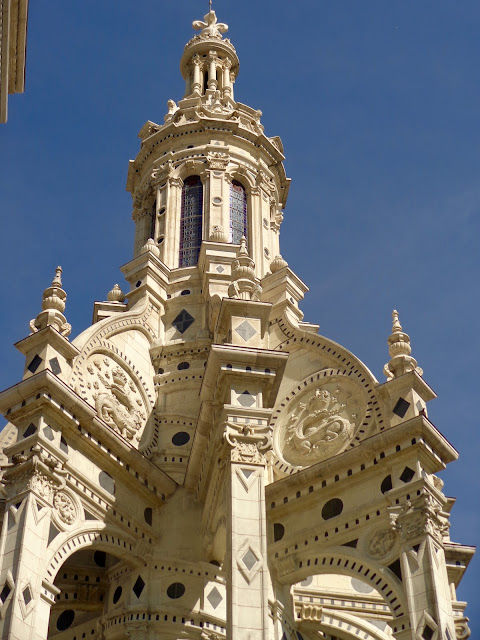 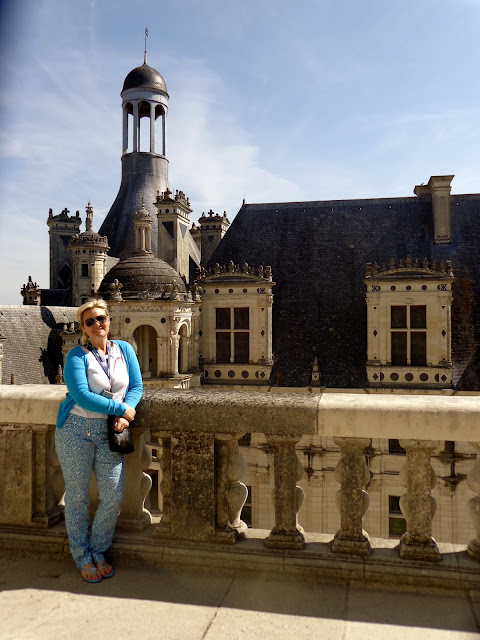 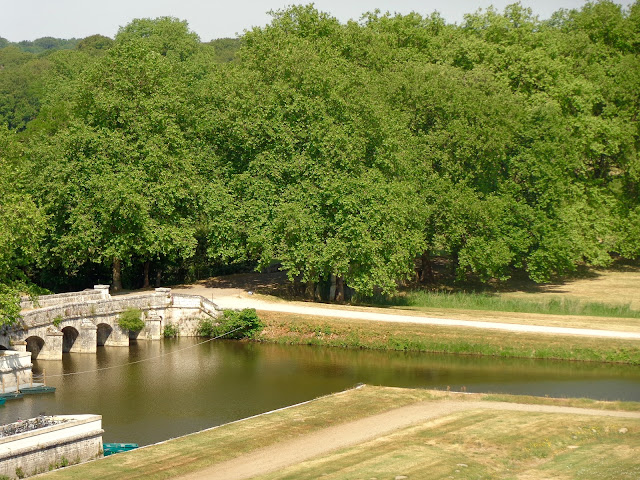 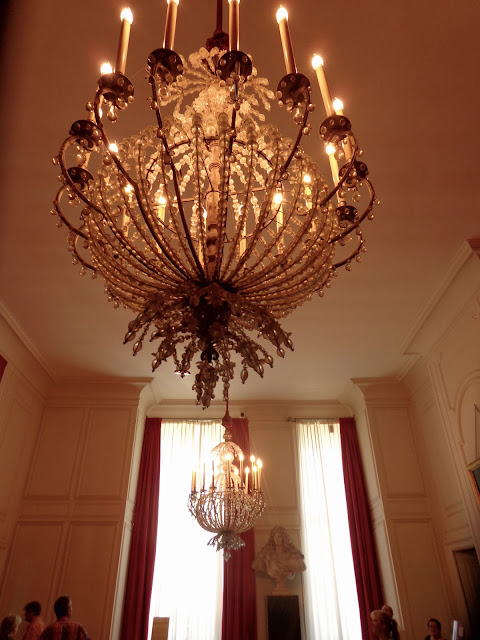 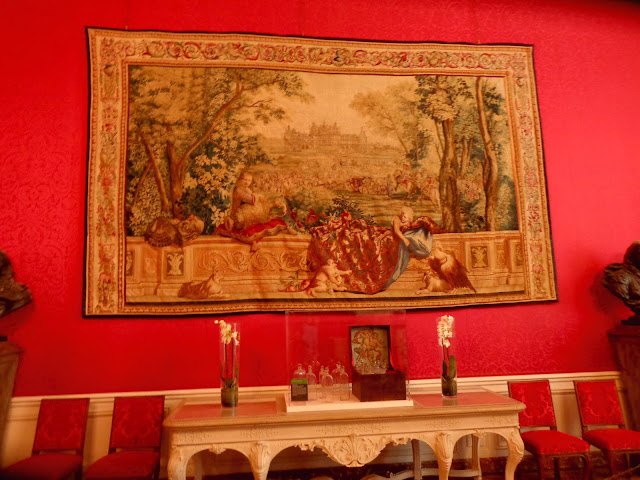 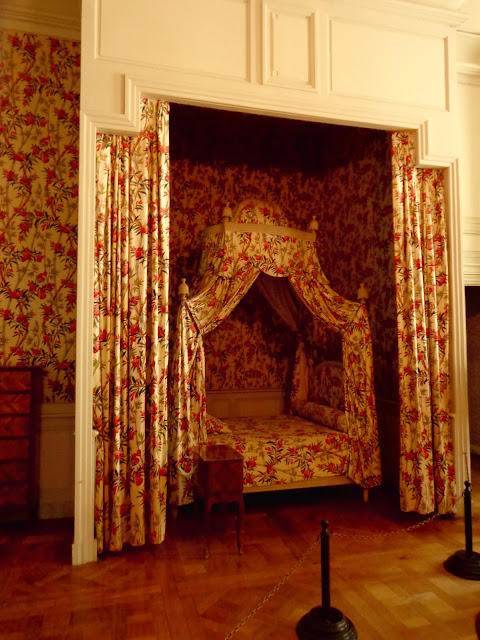 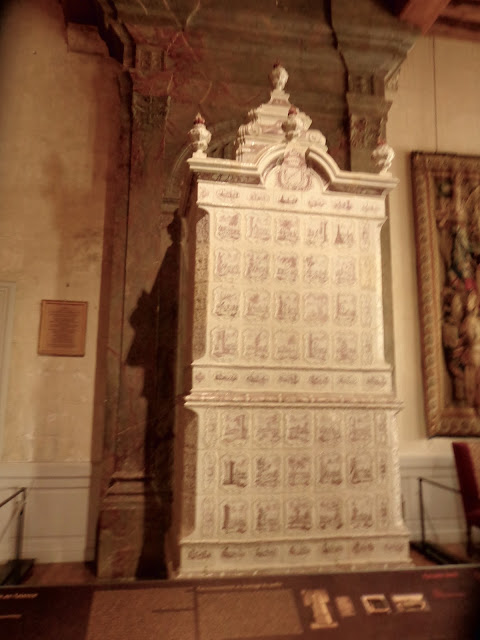 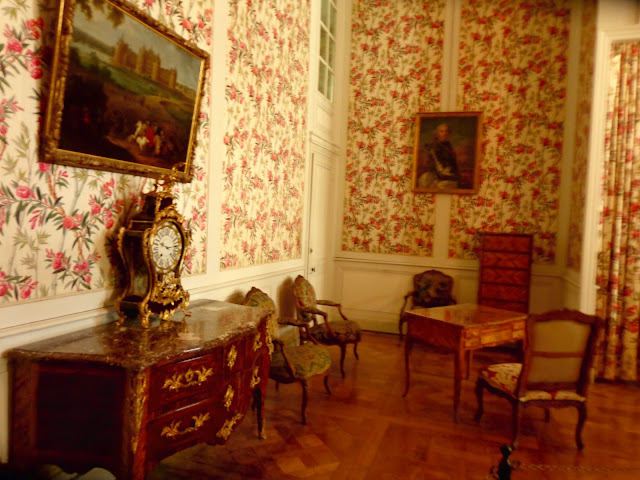 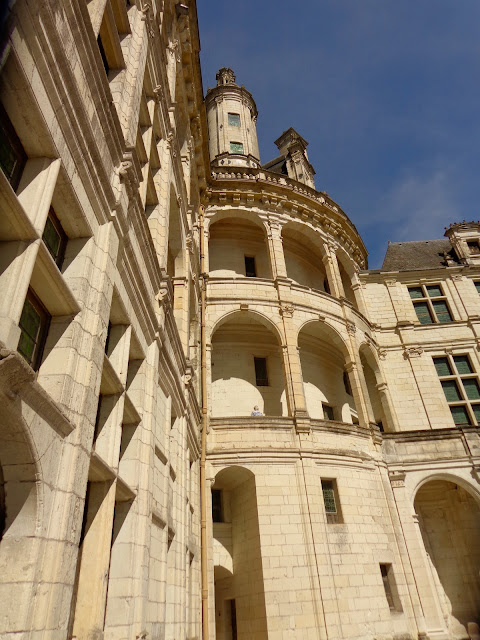 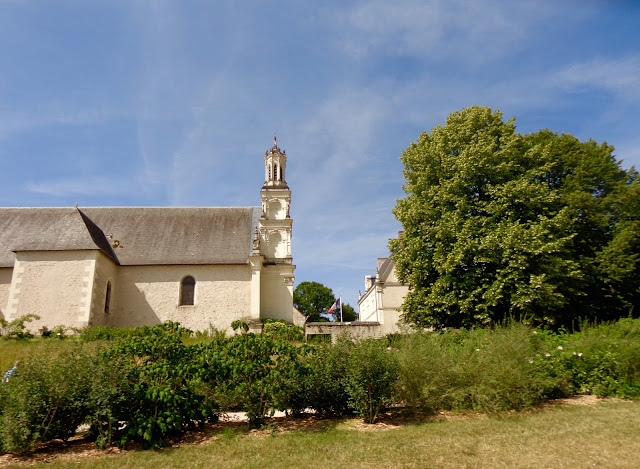 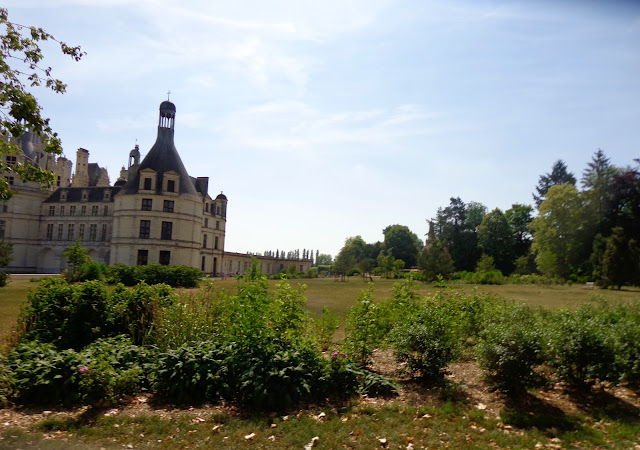 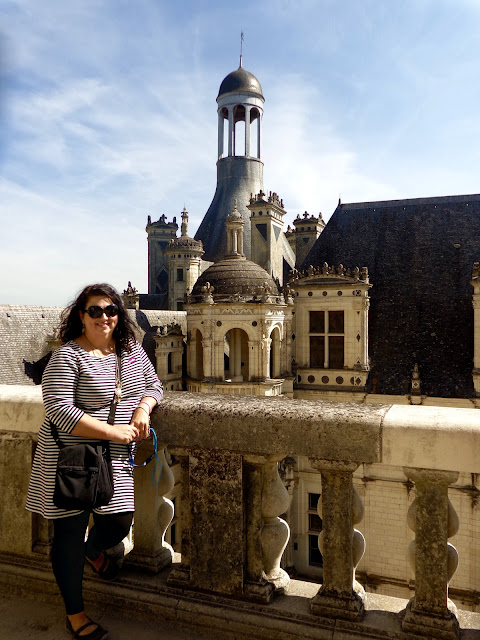 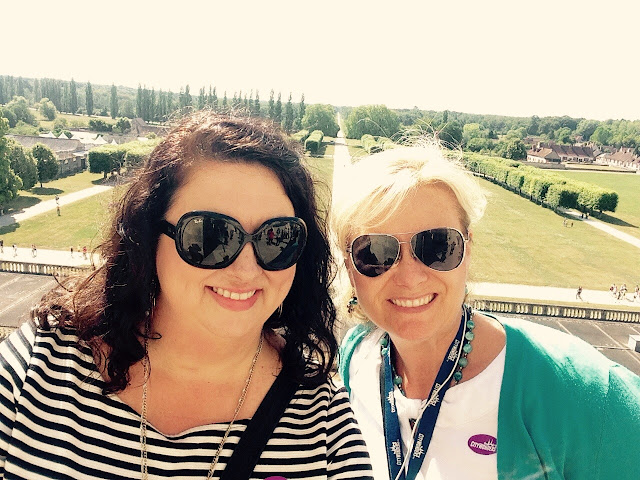 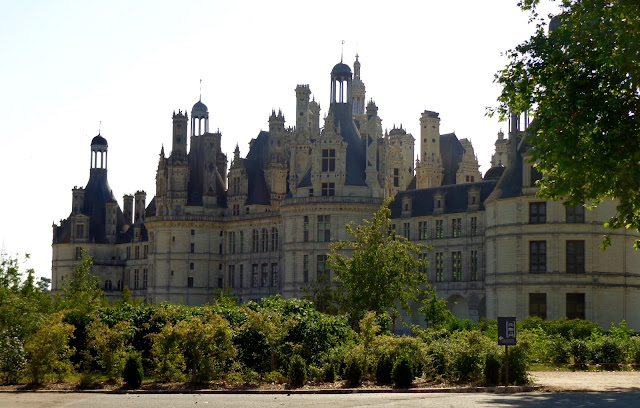 Yeah, I guess I could live there if France really needed me to do that. :)
Posted by Tiffany Lowder at 12:00 AM