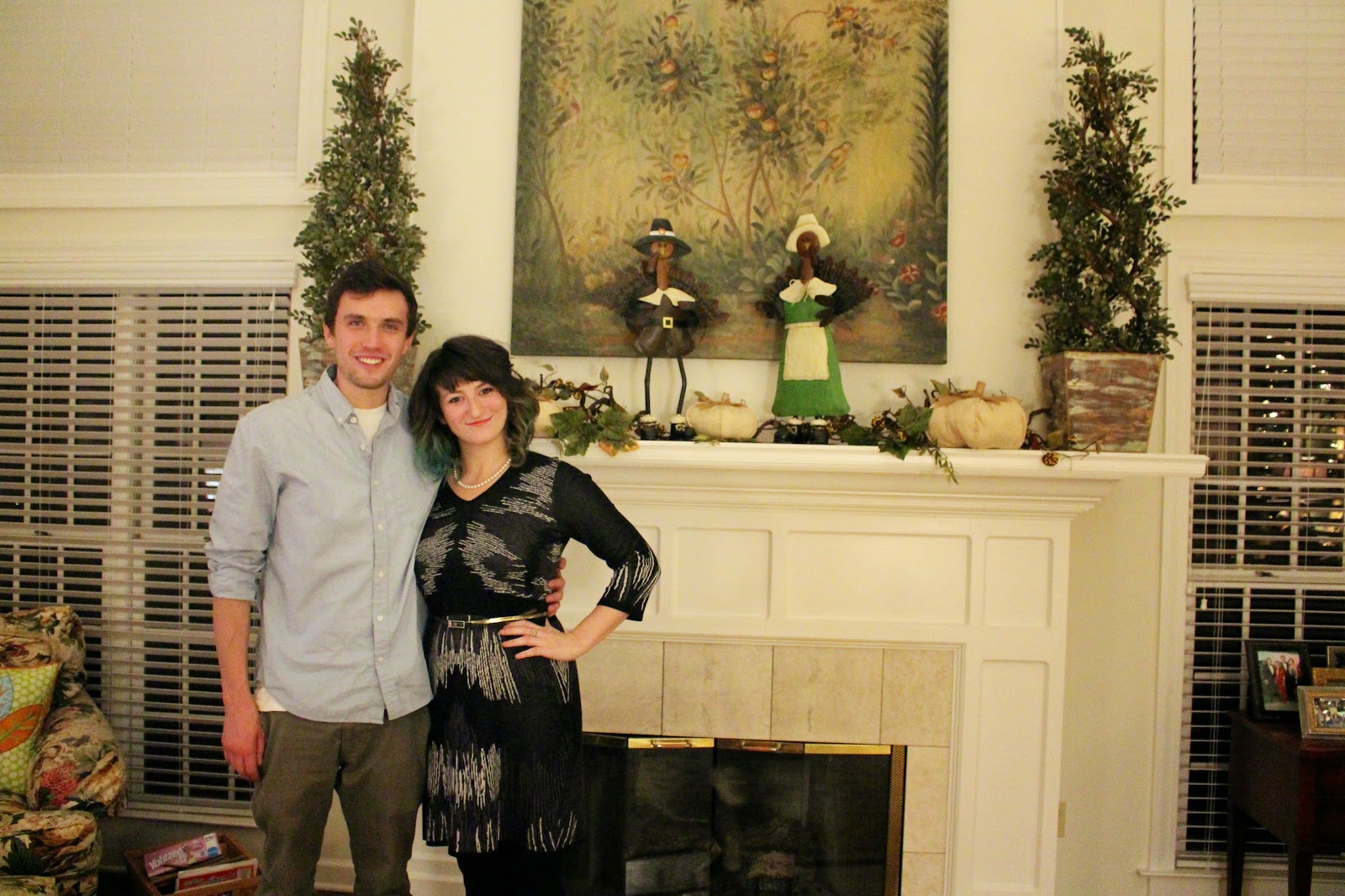 We gathered at my aunt and uncle's home for dinner Thanksgiving evening. They have a lovely home, so it was a great place to take pics. Here are Kelsey and her boyfriend Jake looking adorable as always.

Here's a shot of Kelsey and me. 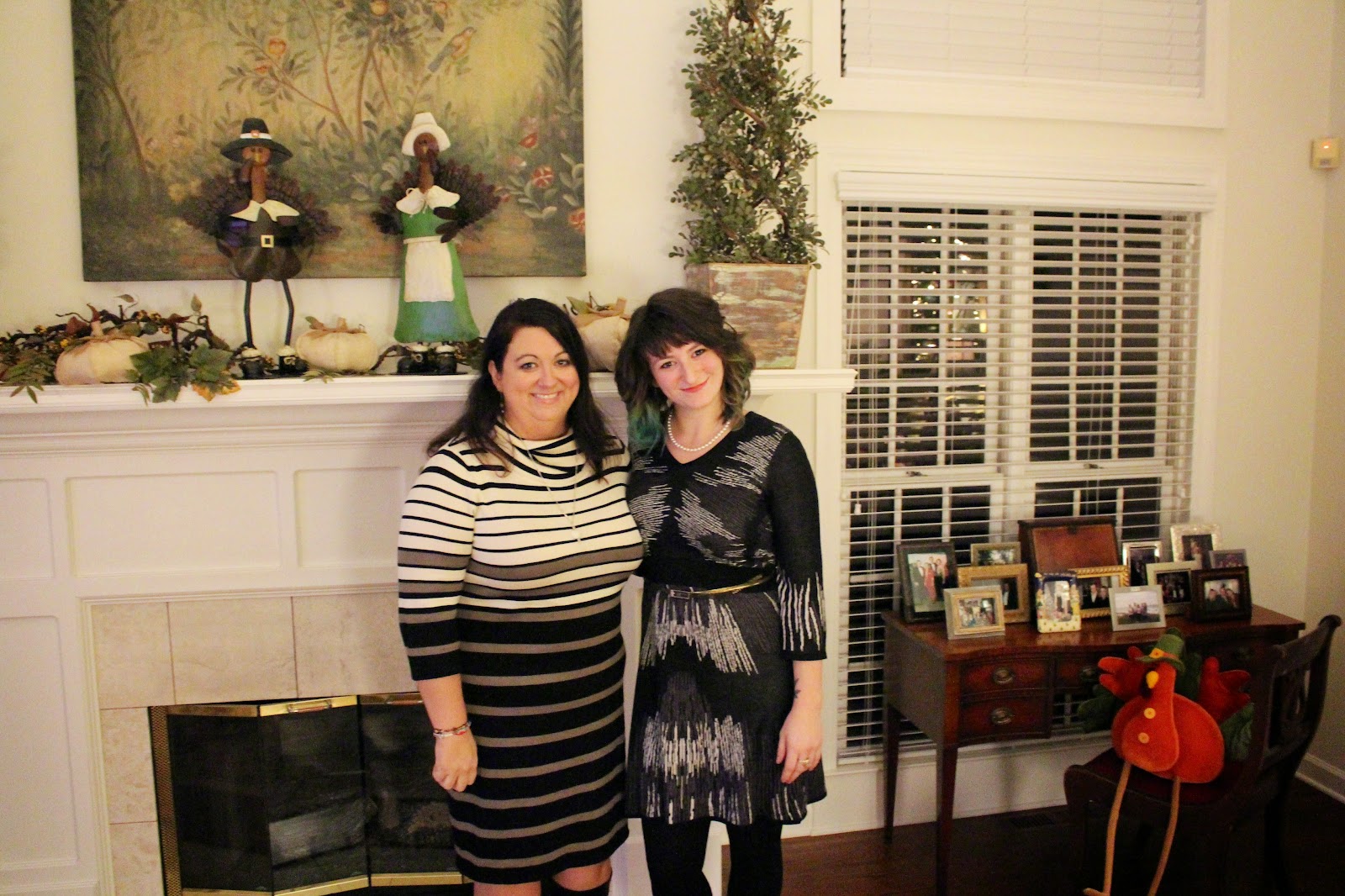 And of Kelsey and me with my Aunt Wanda (She was my mother's sister.) 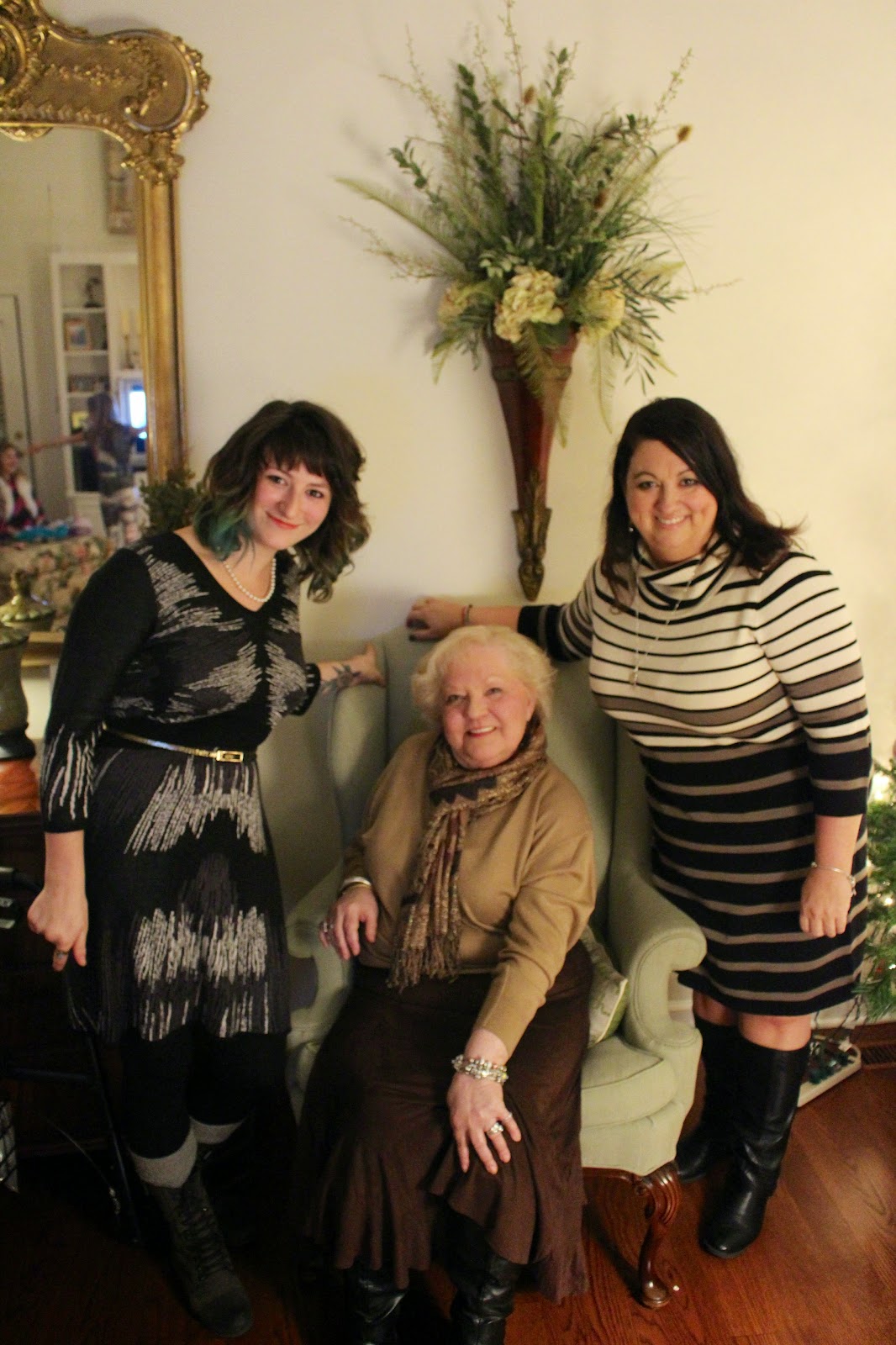 Lloyd and Kim had their trees up already, so I had to take a couple of shots of those. You can catch a glimpse of my cousin, Fran, in the background. 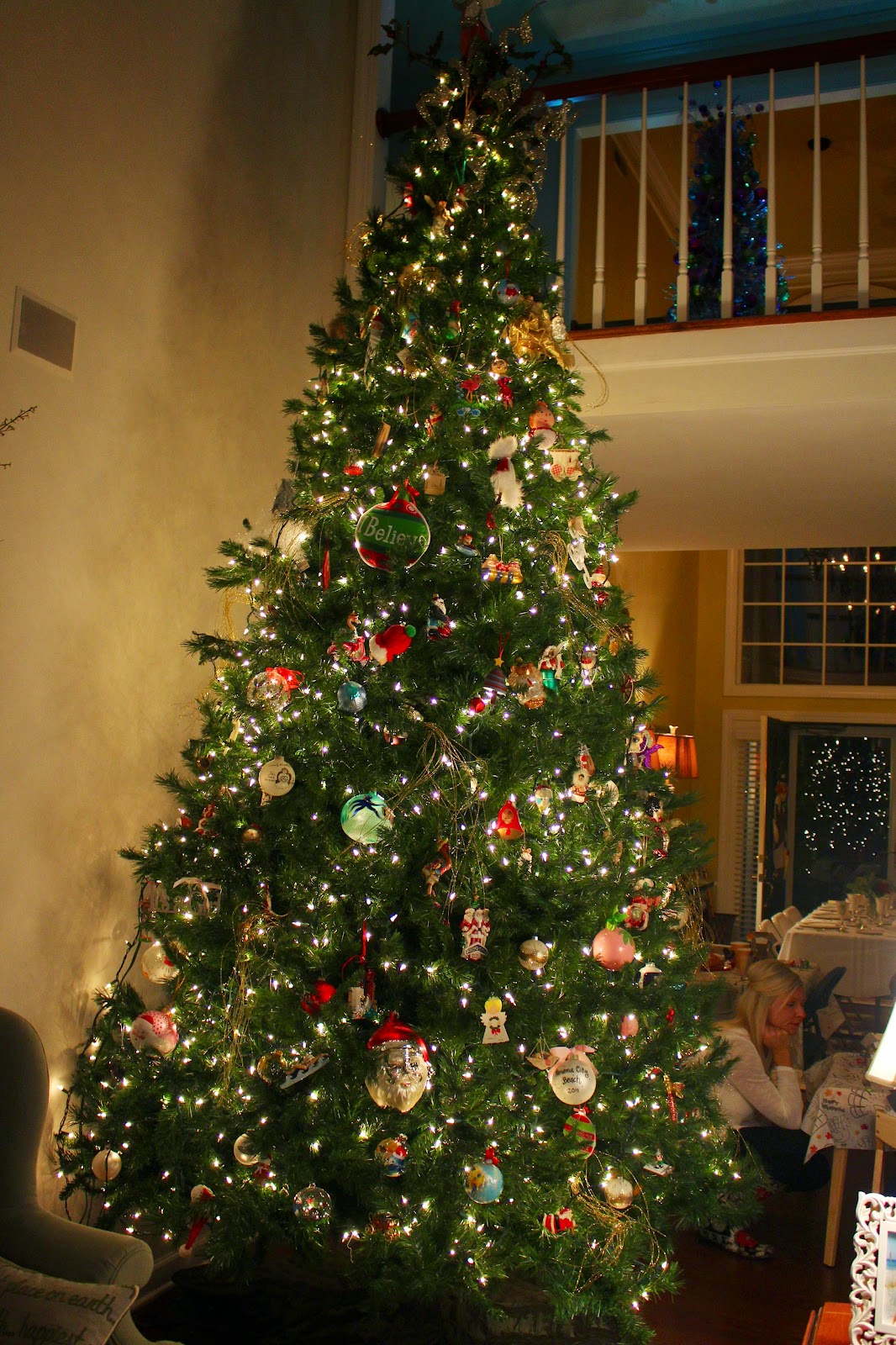 Kelsey, Jake and I posed for a picture together. 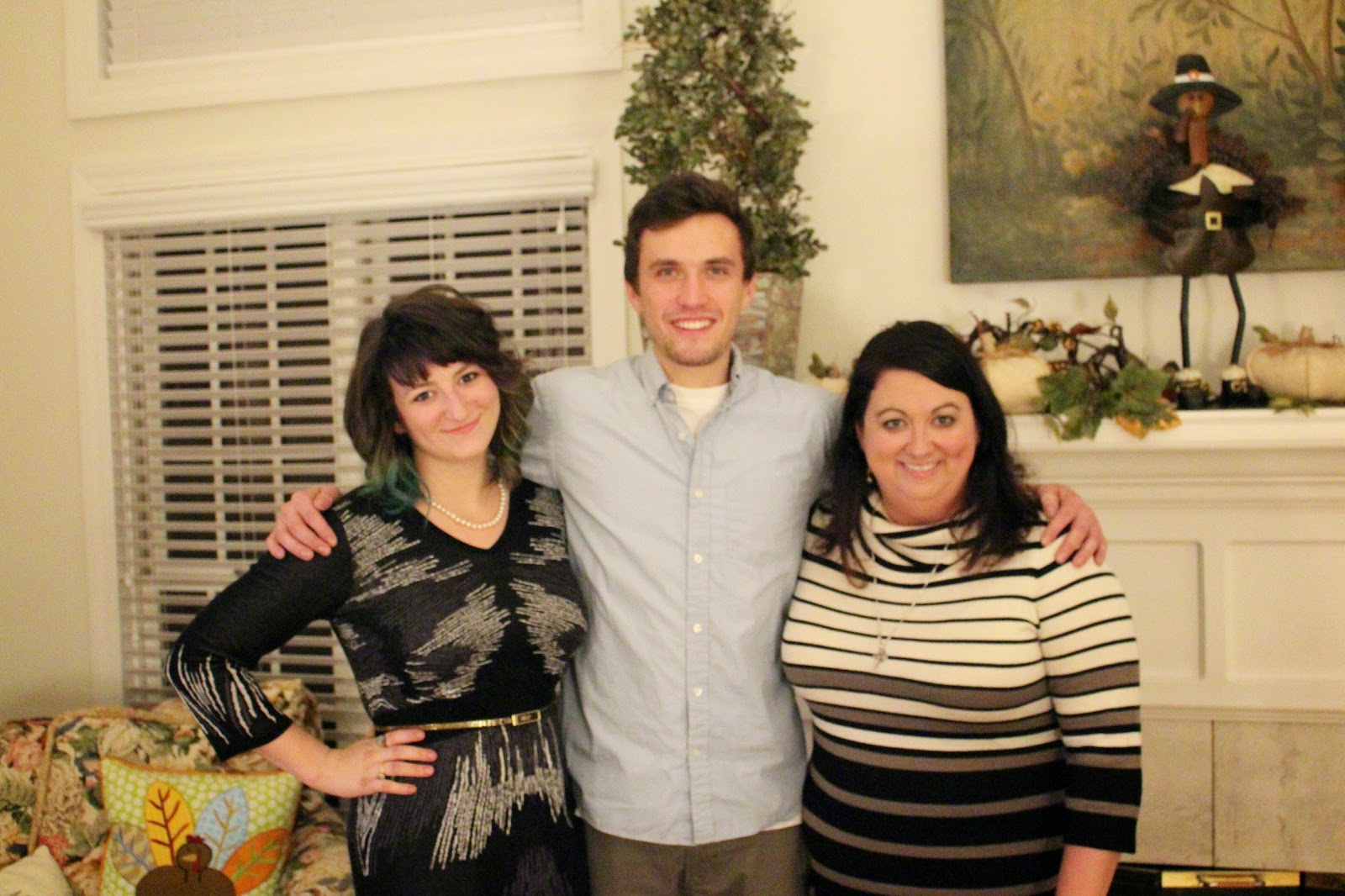 Then, Kelsey, Nick, and I posed. Nick and Kelsey are about the same age; he is Lloyd's nephew by marriage, so I'm not sure what that makes him to me. Highly entertaining? We have had some great political and literary convos in the last year when we met at various family gatherings. 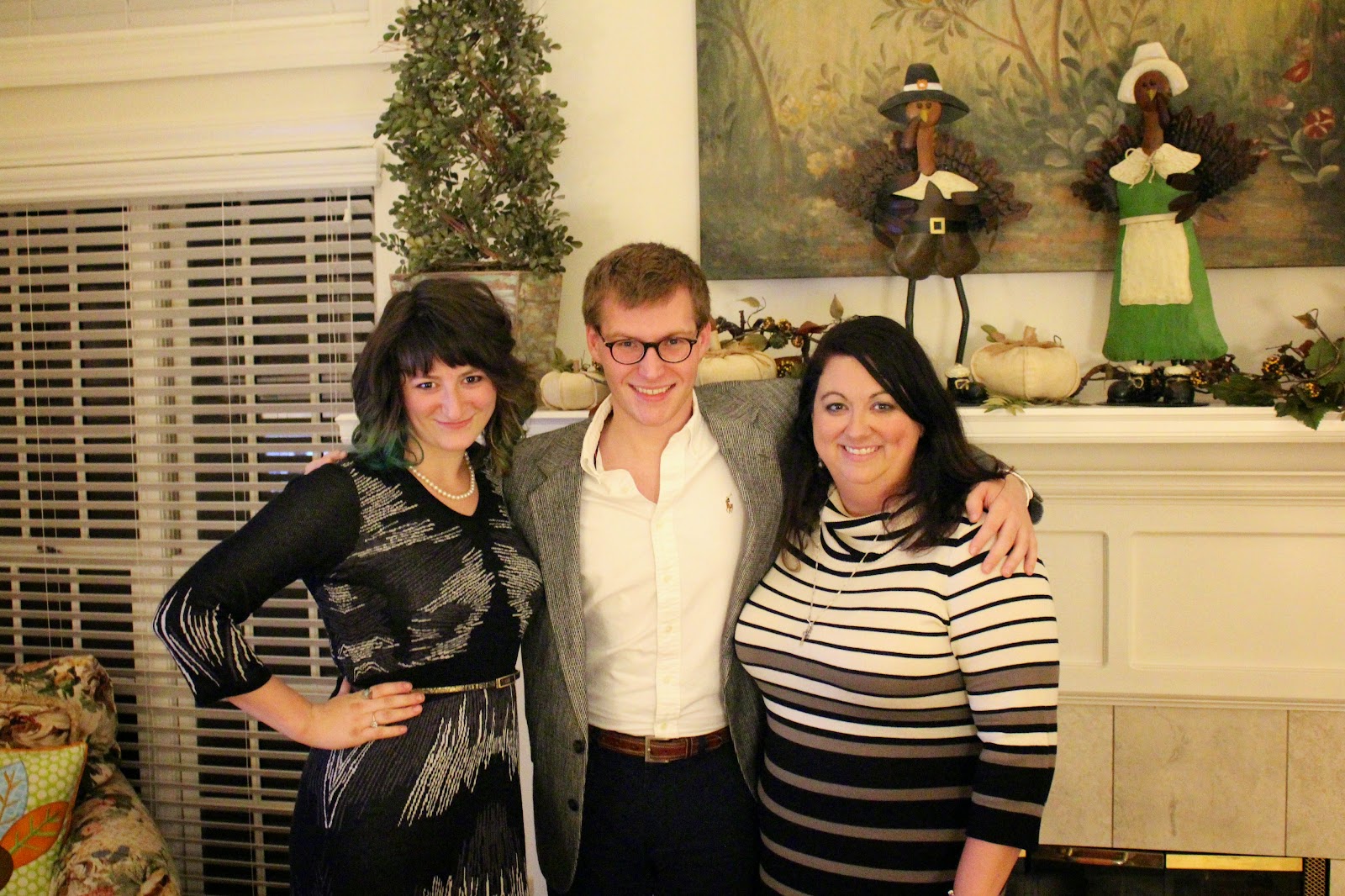 Jake, Kelsey, and Lloyd posed for a picture together. (He was my mother's brother; I forgot to get a pic of his wife Kim. He hosted the gathering.) 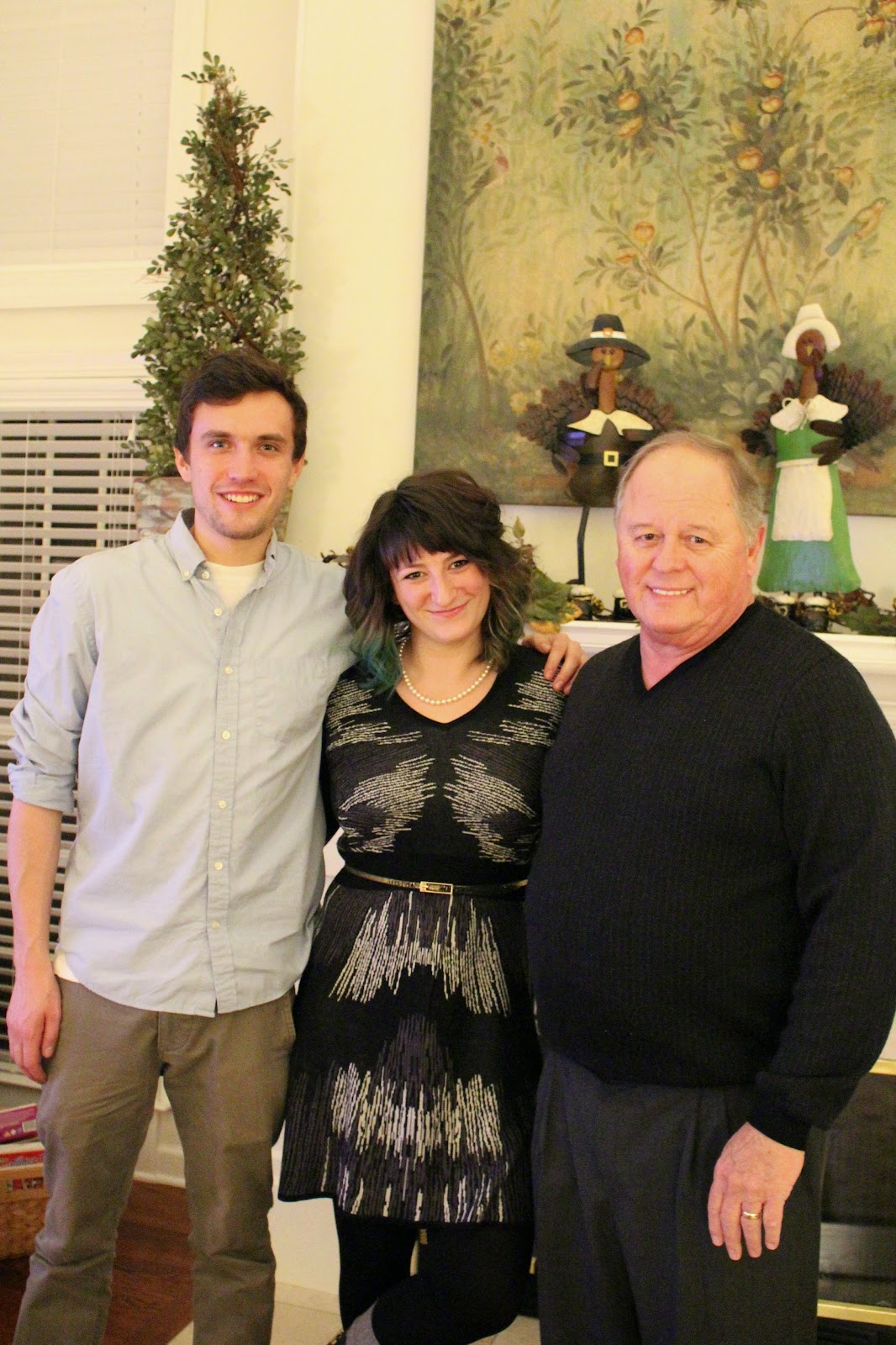 Then, Kelsey, Lloyd, and I took a shot. 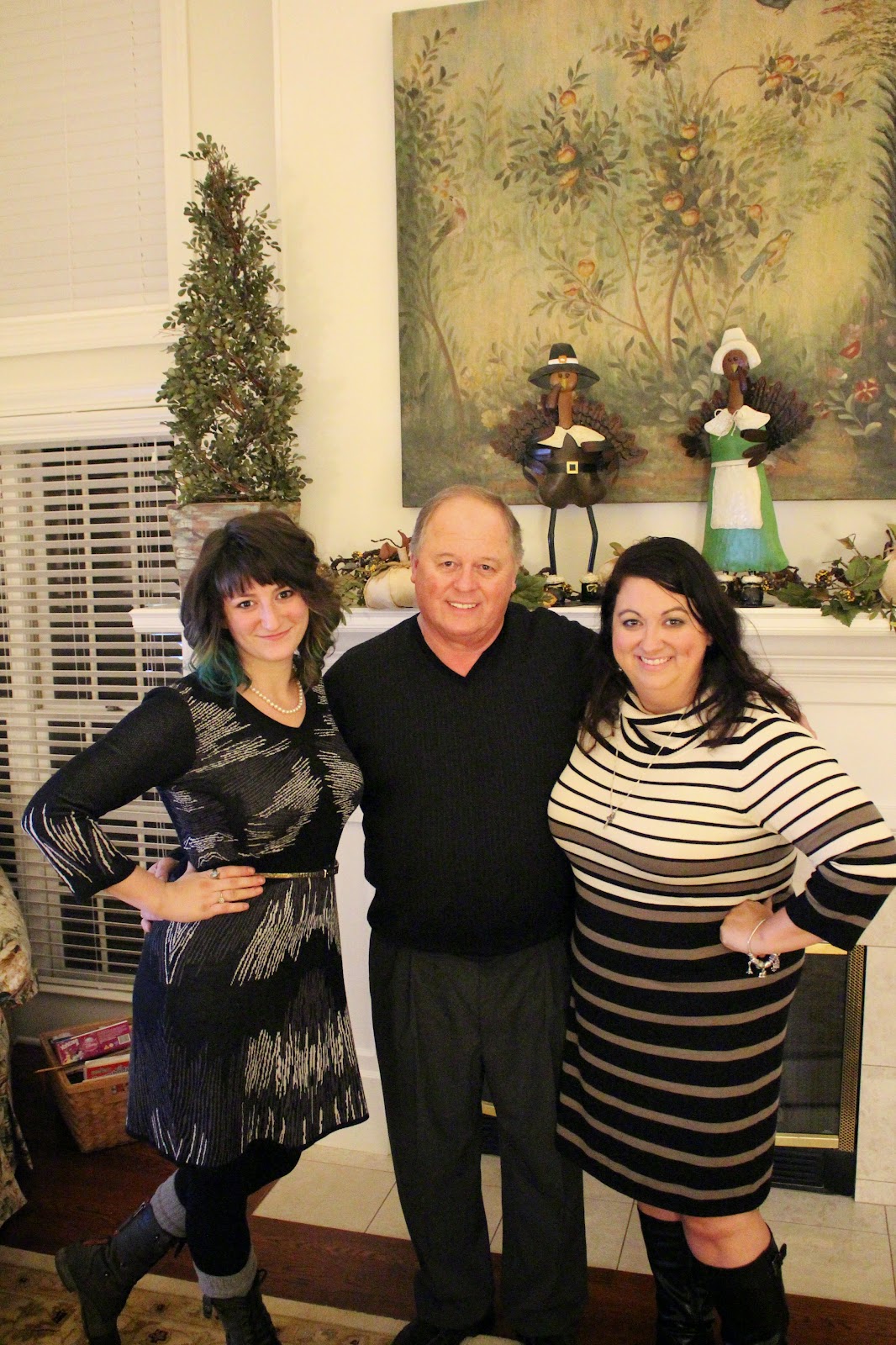 Jake loves this pic because he says it has natural smiles for both of us. We were laughing at how dramatic Jake was being as he took the pics. 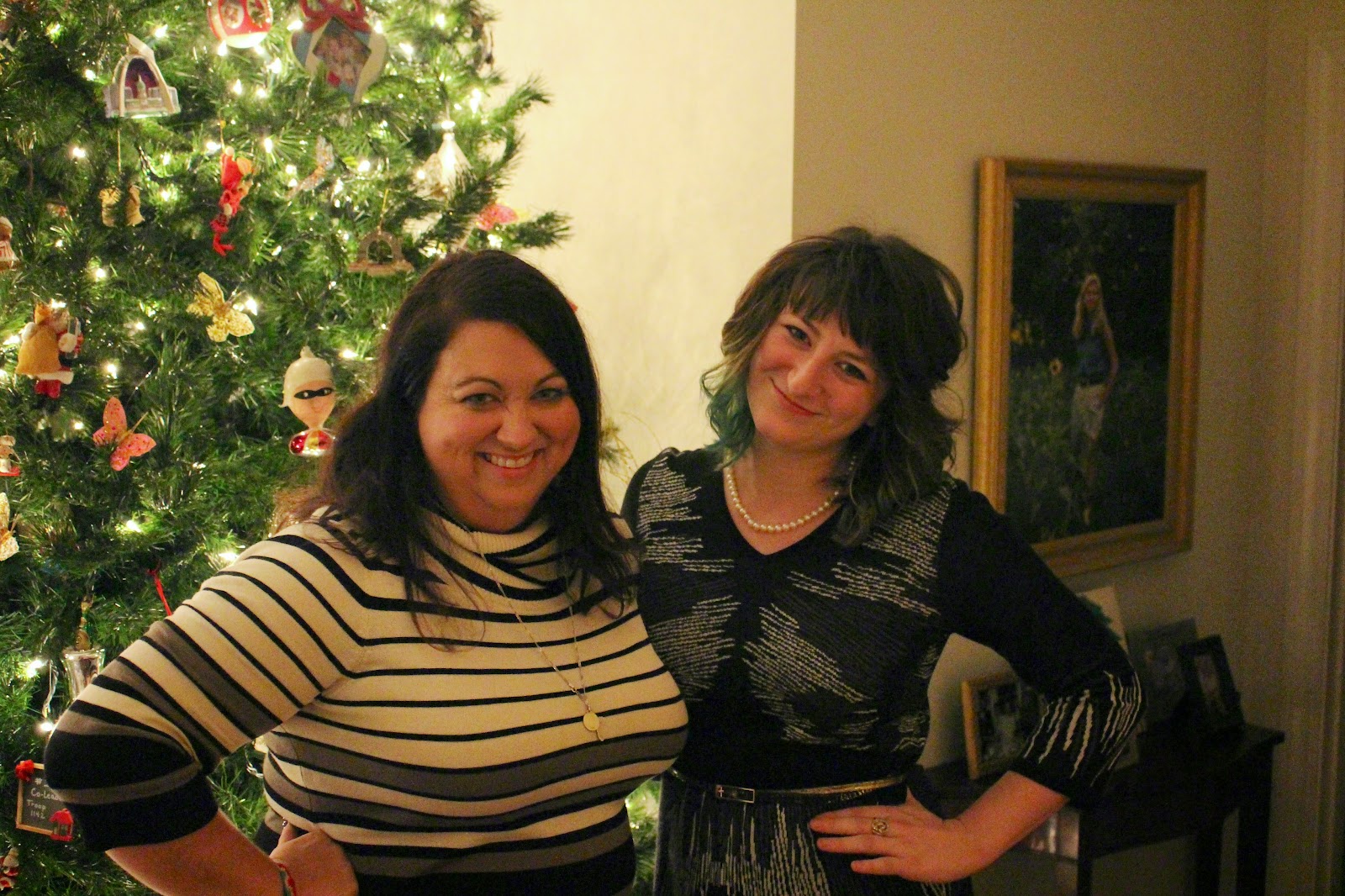 I really like this one of Jake and Kelsey; it's cool that he's looking off in the distance while she's looking at the camera. 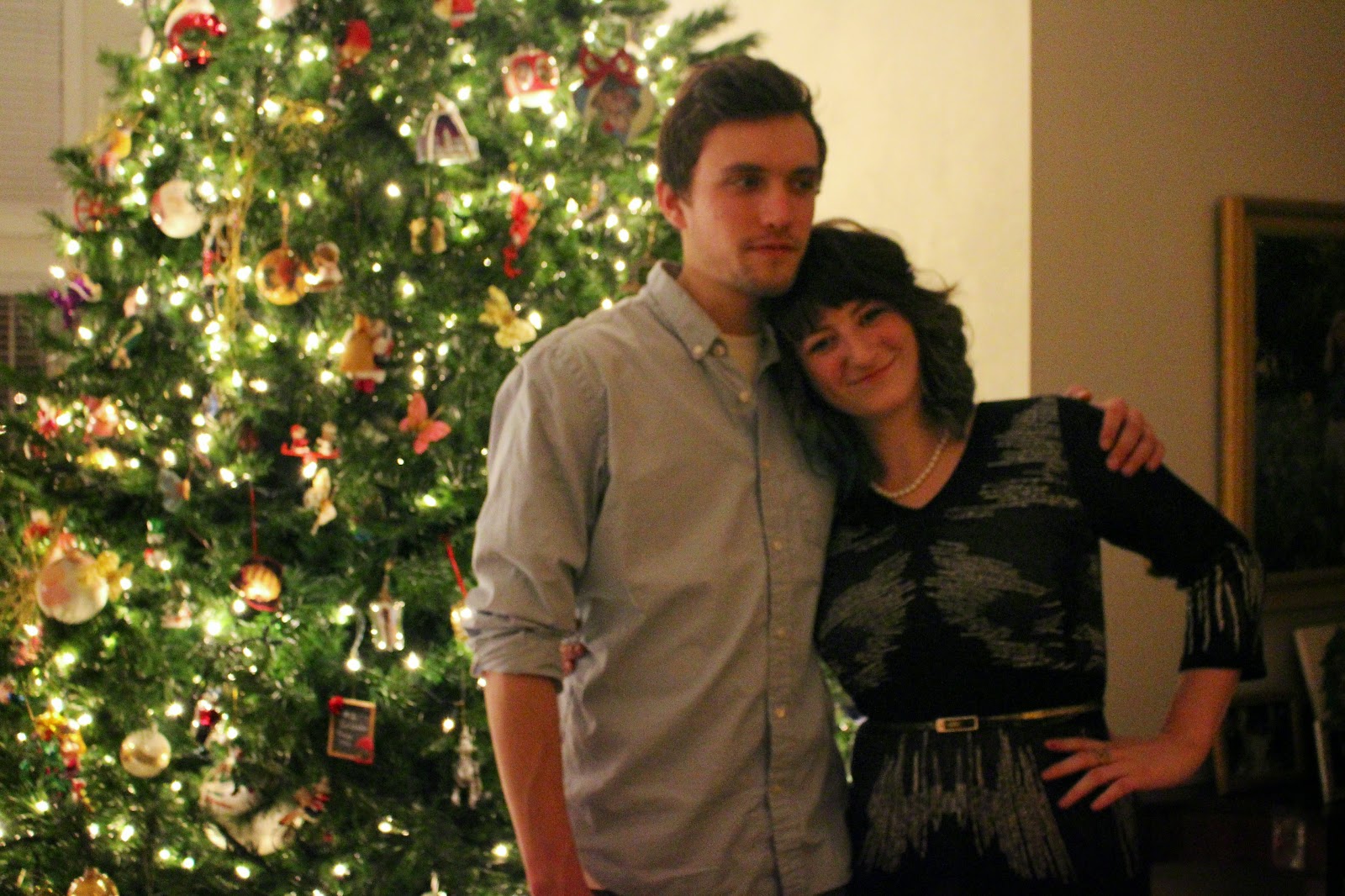 There you have it - our Thanksgiving photos. I forgot to take pics of everybody else there and the food, but at least you get to see a little bit. Hope your Thanksgiving was filled with good food and great family memories!
Posted by Tiffany Lowder at 12:00 AM