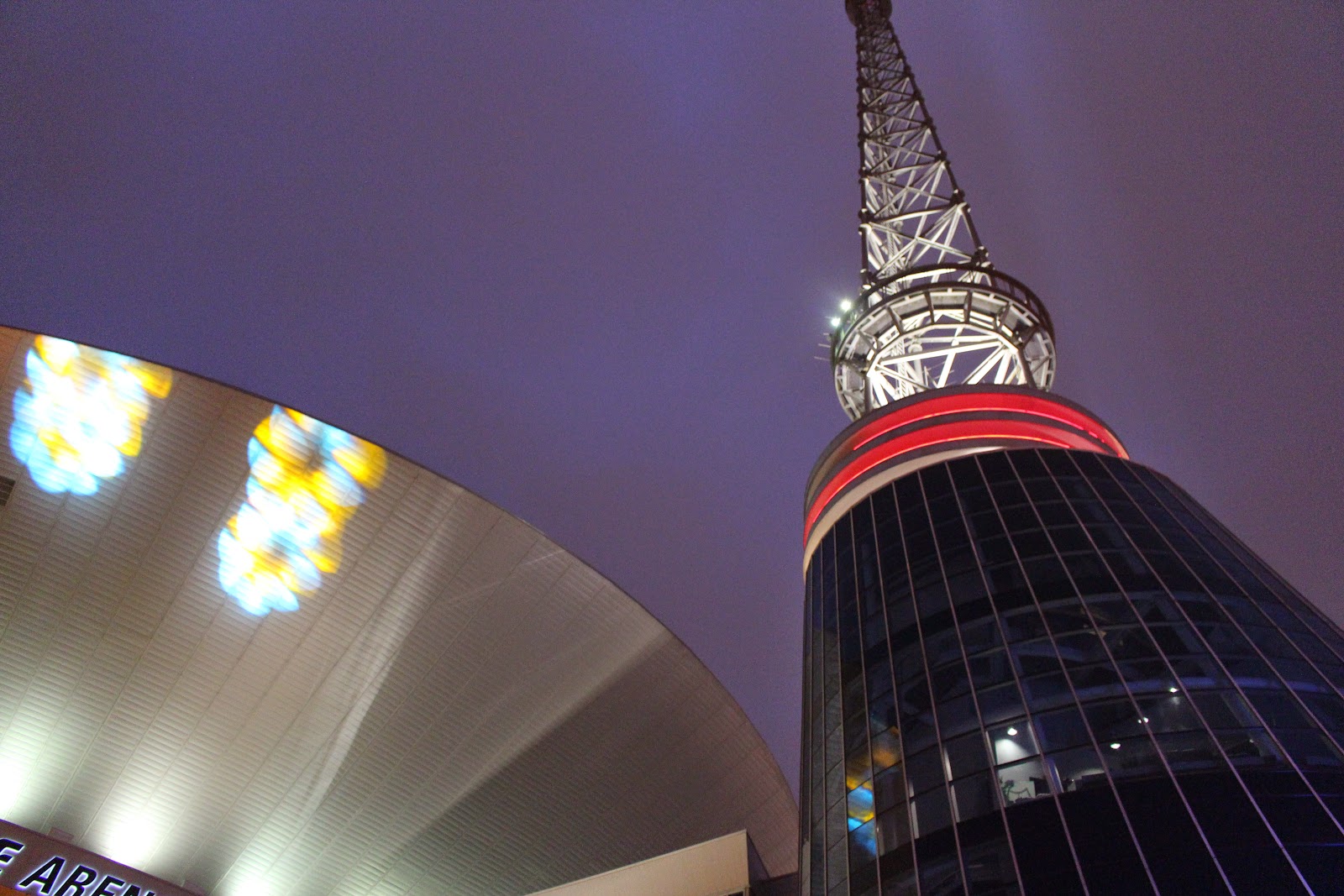 Last Saturday, the fella took me to my very first hockey game at Bridgestone Arena in Nashville to see the Predators play.

Isn't this a cool building? 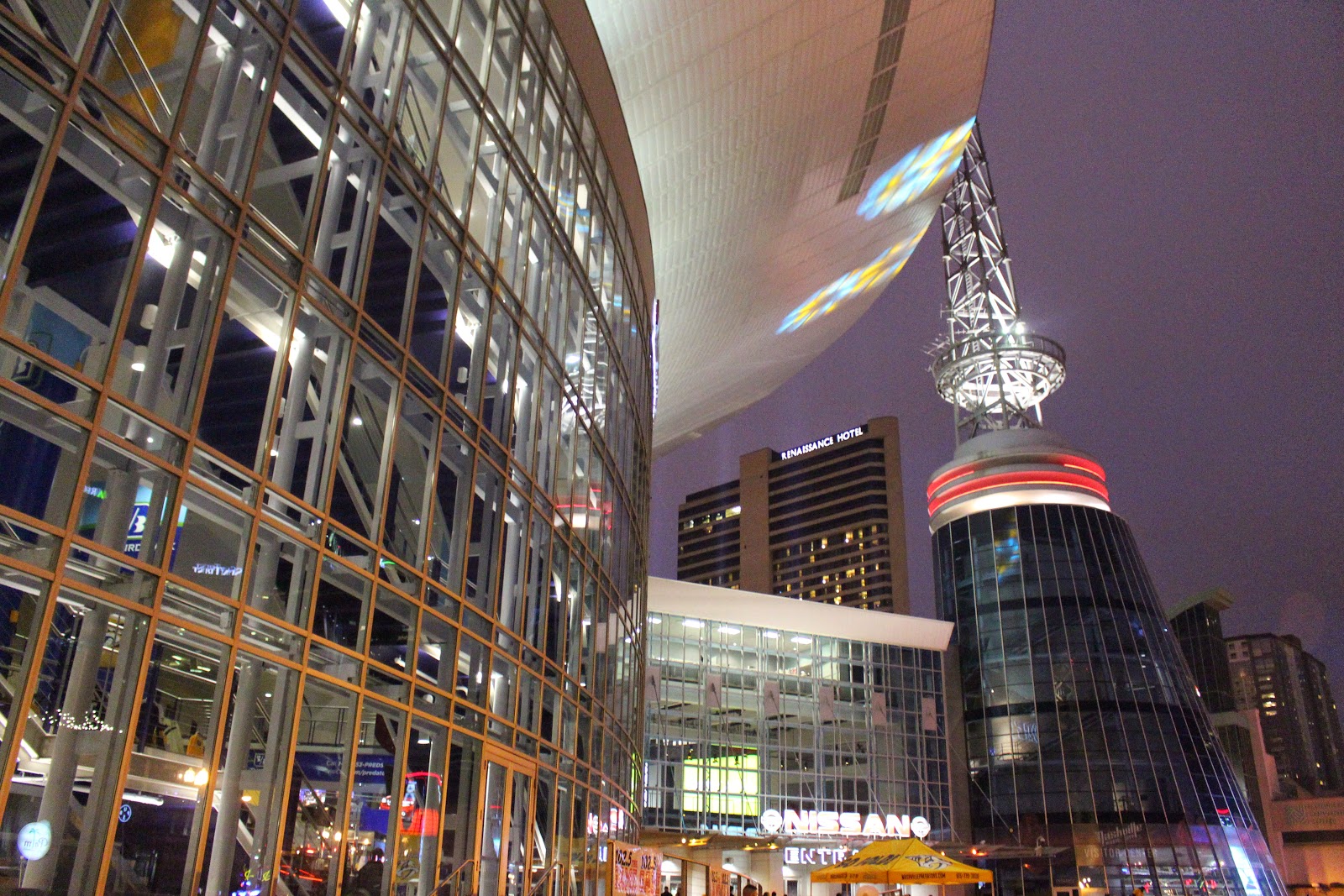 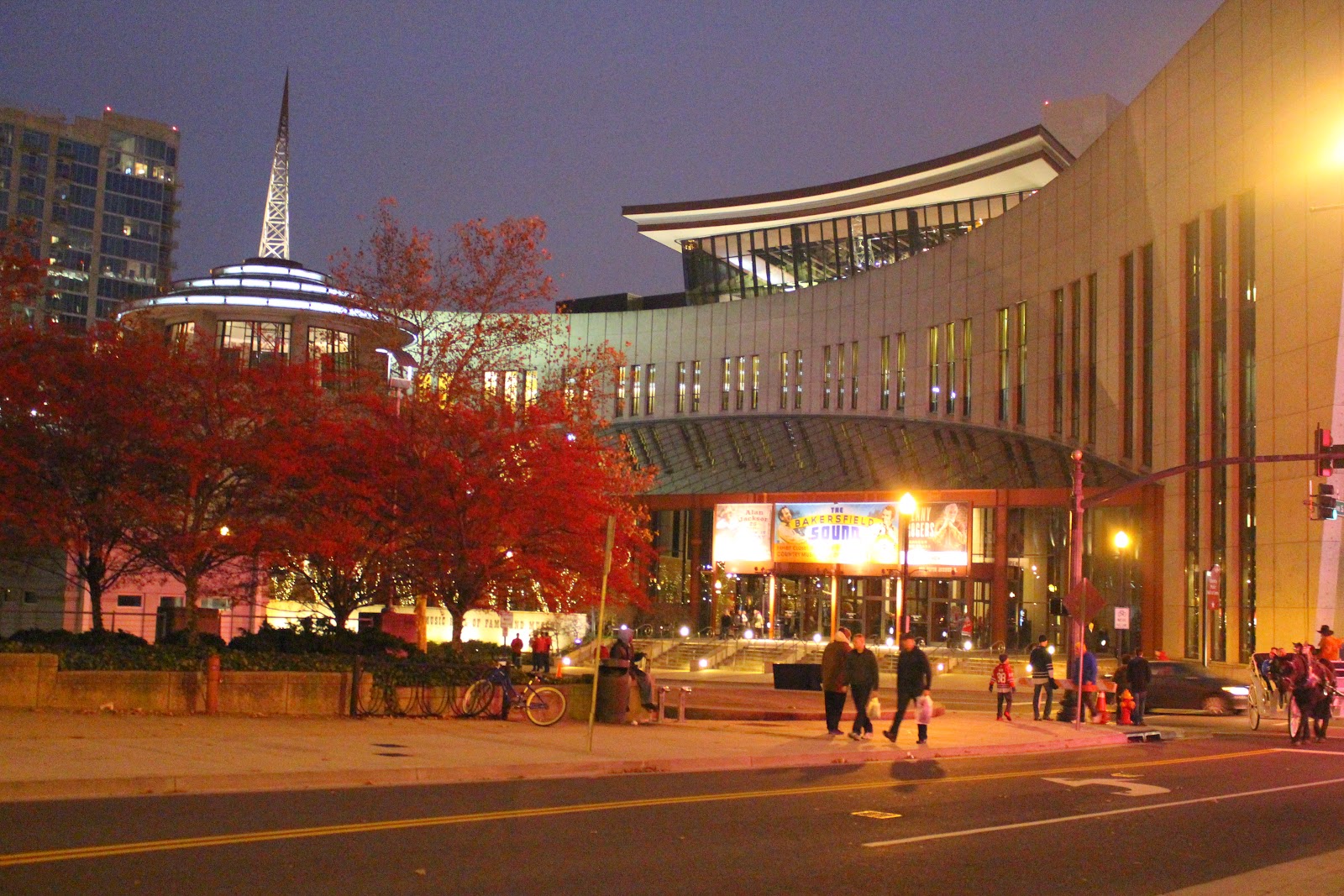 The fella even had a sweatshirt for him and a jersey for me to wear. (You're supposed to call them sweaters, but it felt like a jersey to me.) Selfie before the game! 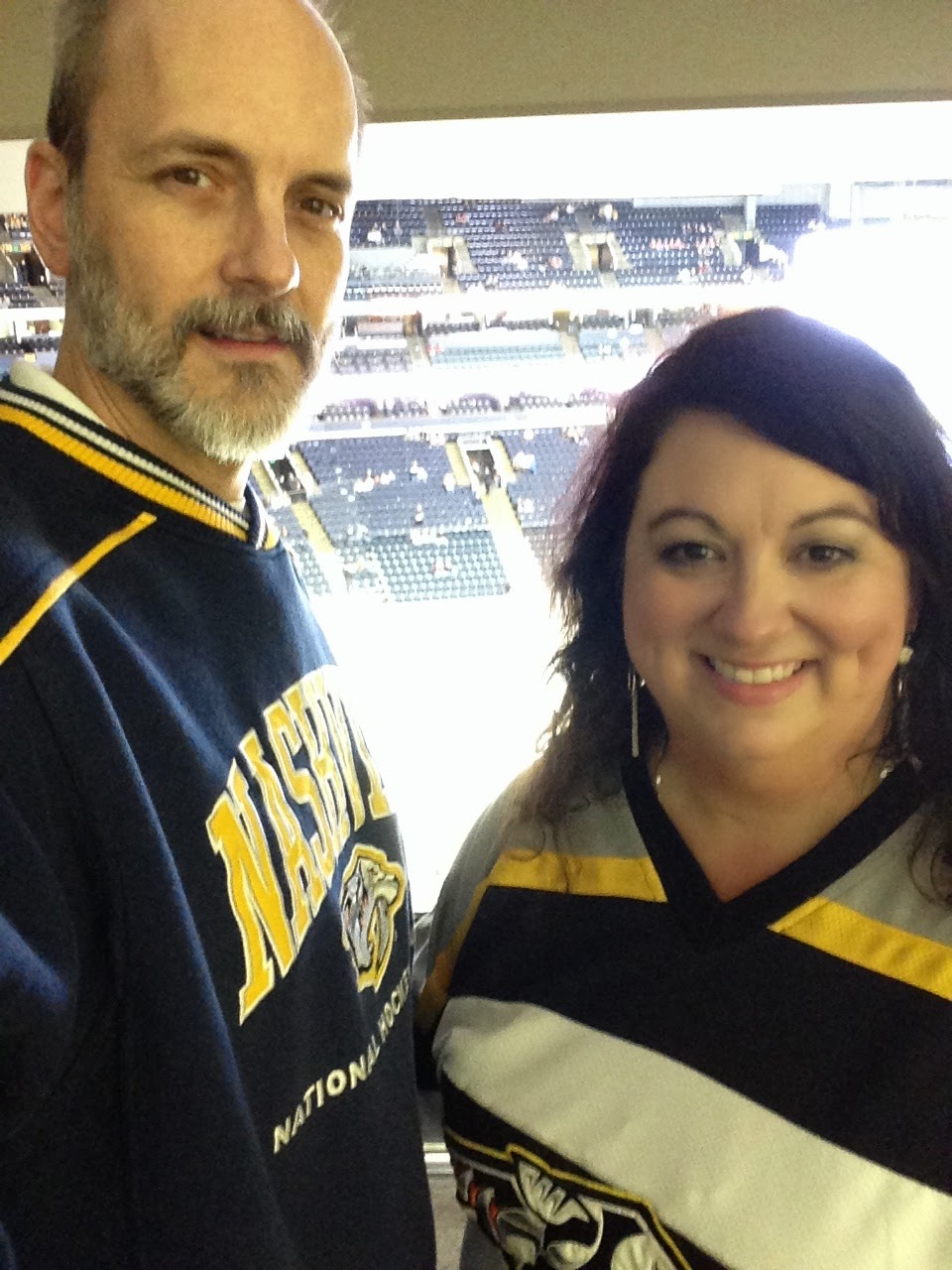 We were in a company box sponsored by a printing company that he works with in Nashville. The view was great, and it was a comfortable way to watch the game. If I could always be part of a vip box like that, I'd be an  uber sports fan. 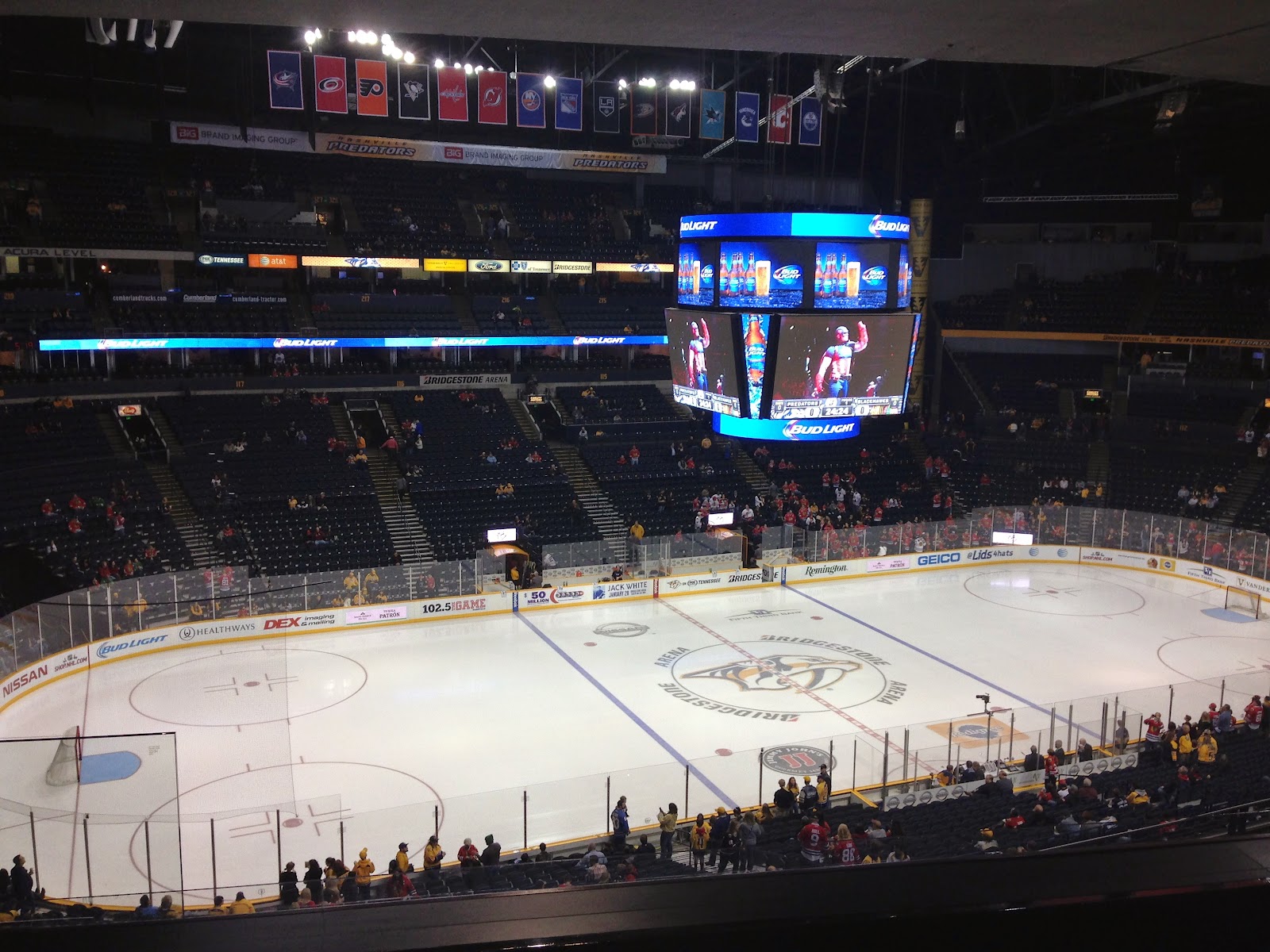 When the fella went to get us drinks, I worked my selfie game hard. Hahaha! 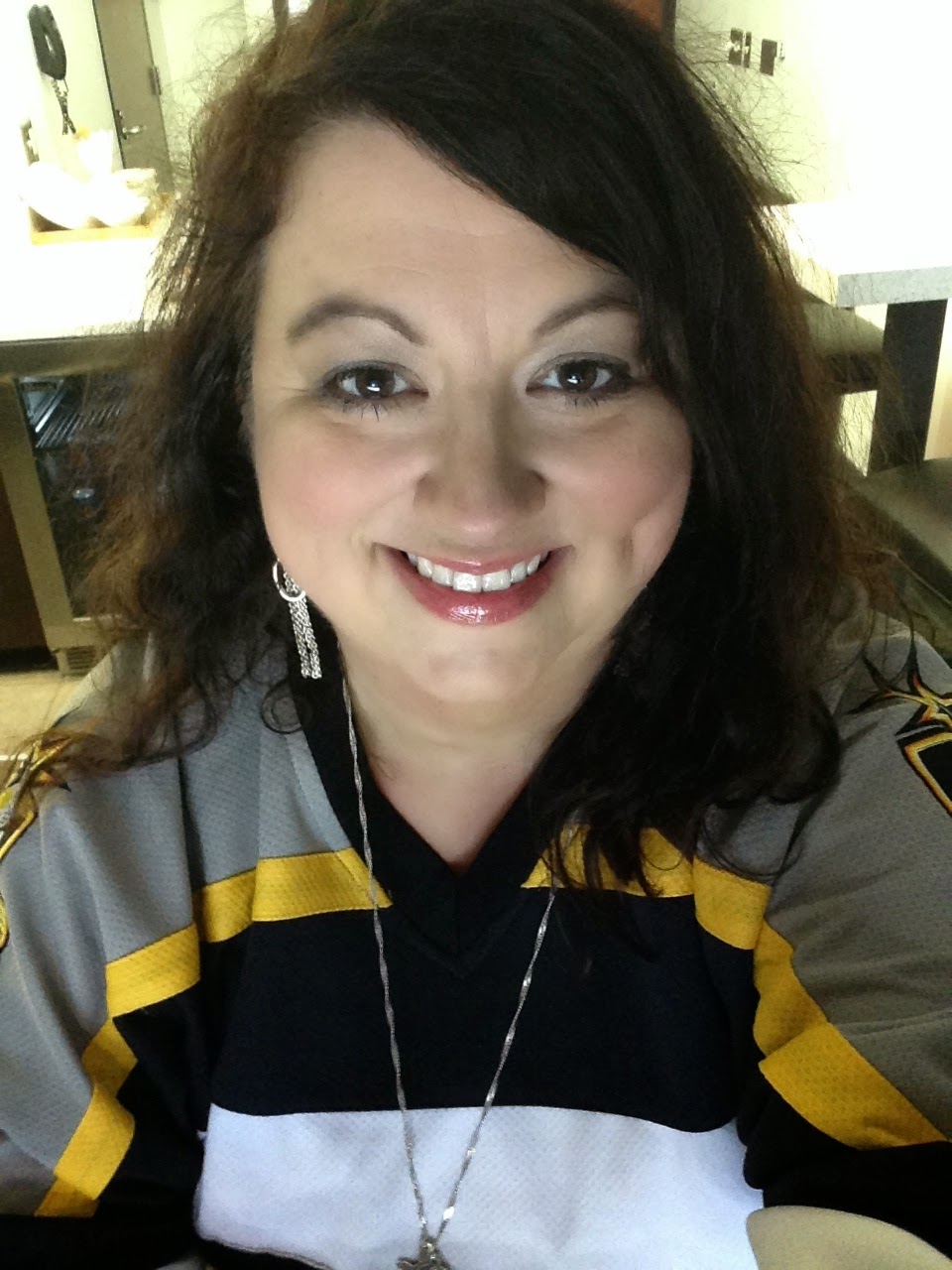 The Predators played the Chicago Blackhawks, and there were a LOT of Hawks fans there. I was surprised to see so many red jerseys for a home game. Did ya know that the Predators got their name because some saber tooth tiger bones were found on the site of the arena when the area was excavated? True story. Who knew? Here's the thingie they lowered to the ice for the players to use to enter onto the floor. 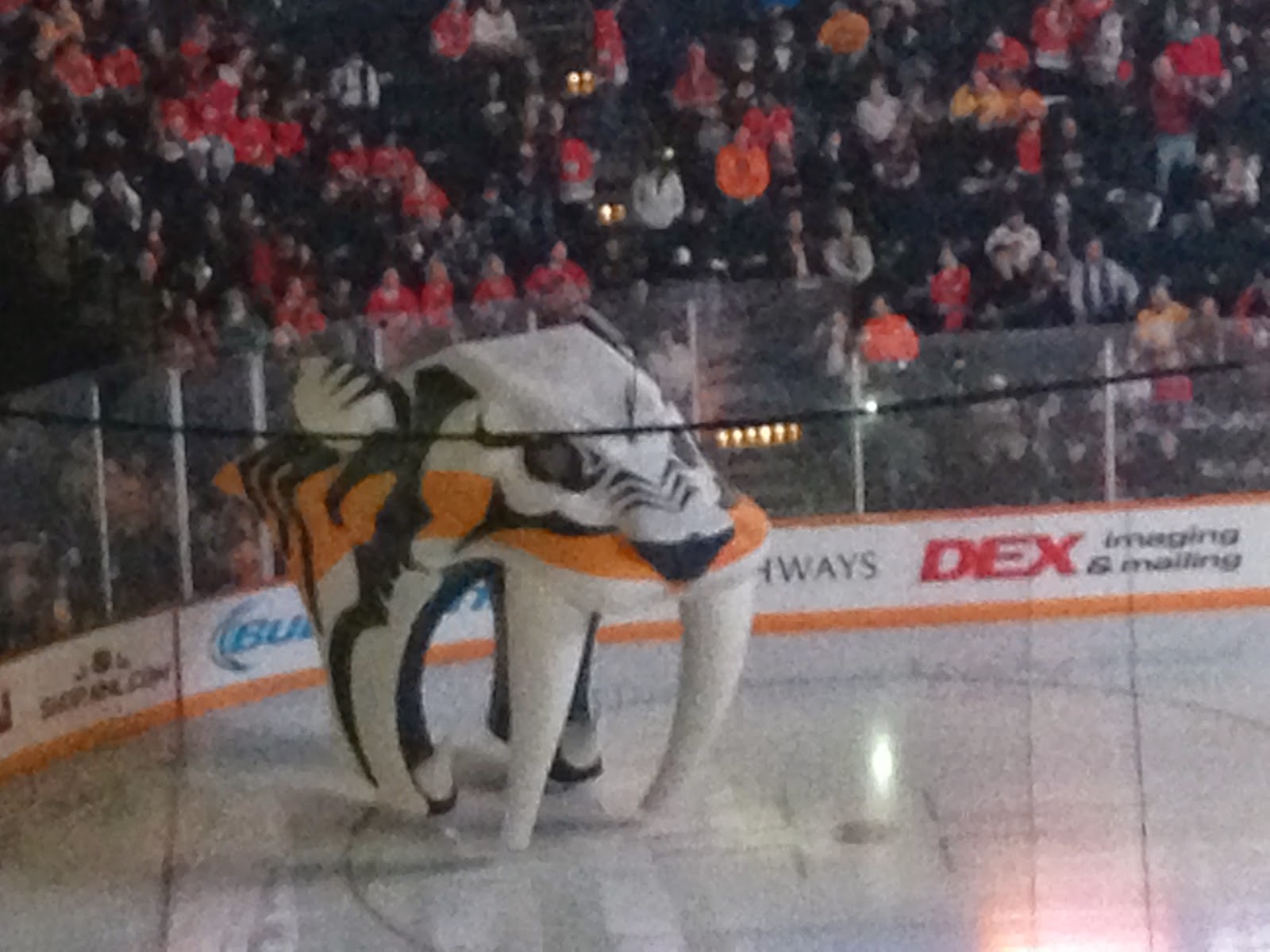 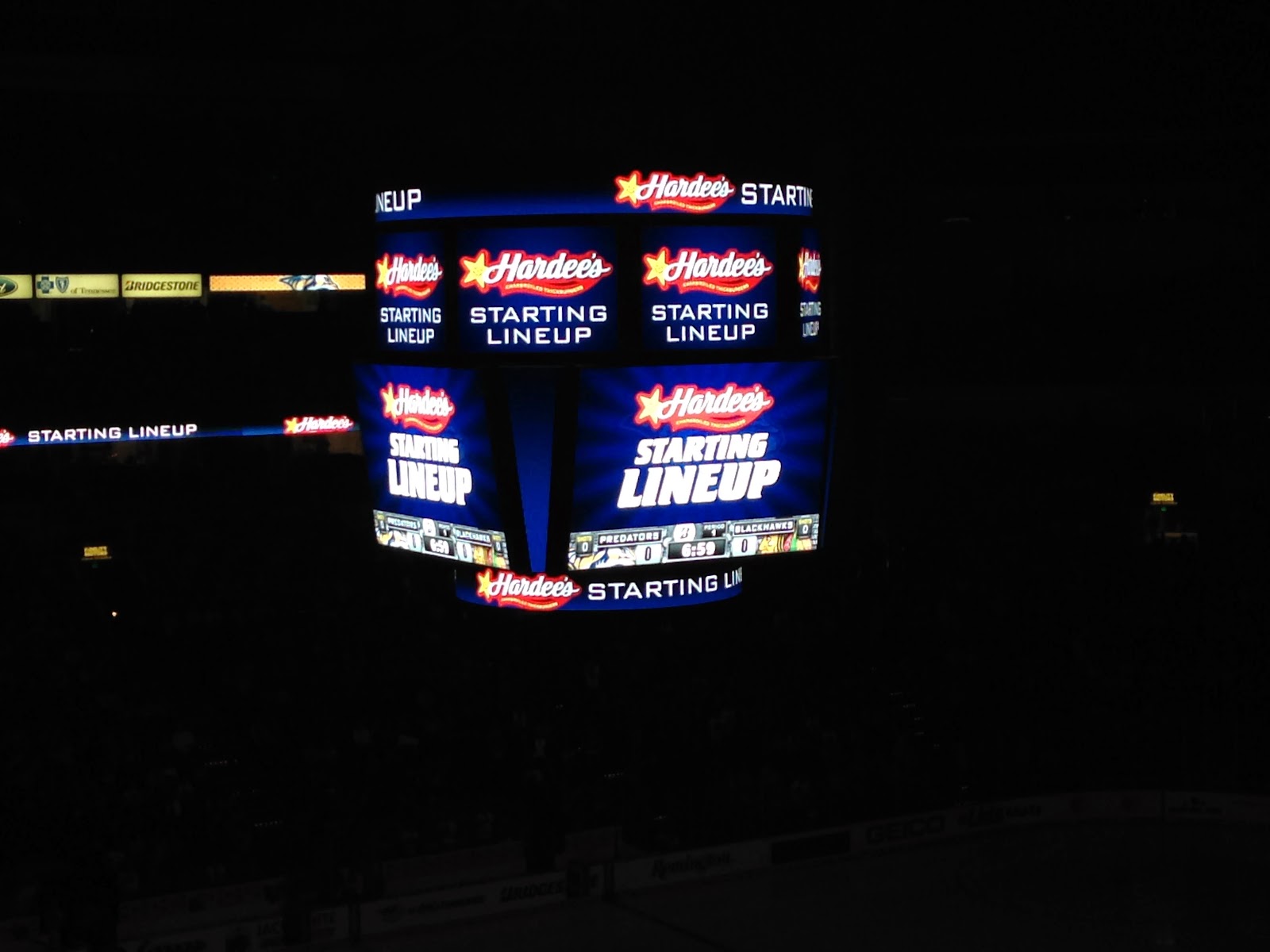 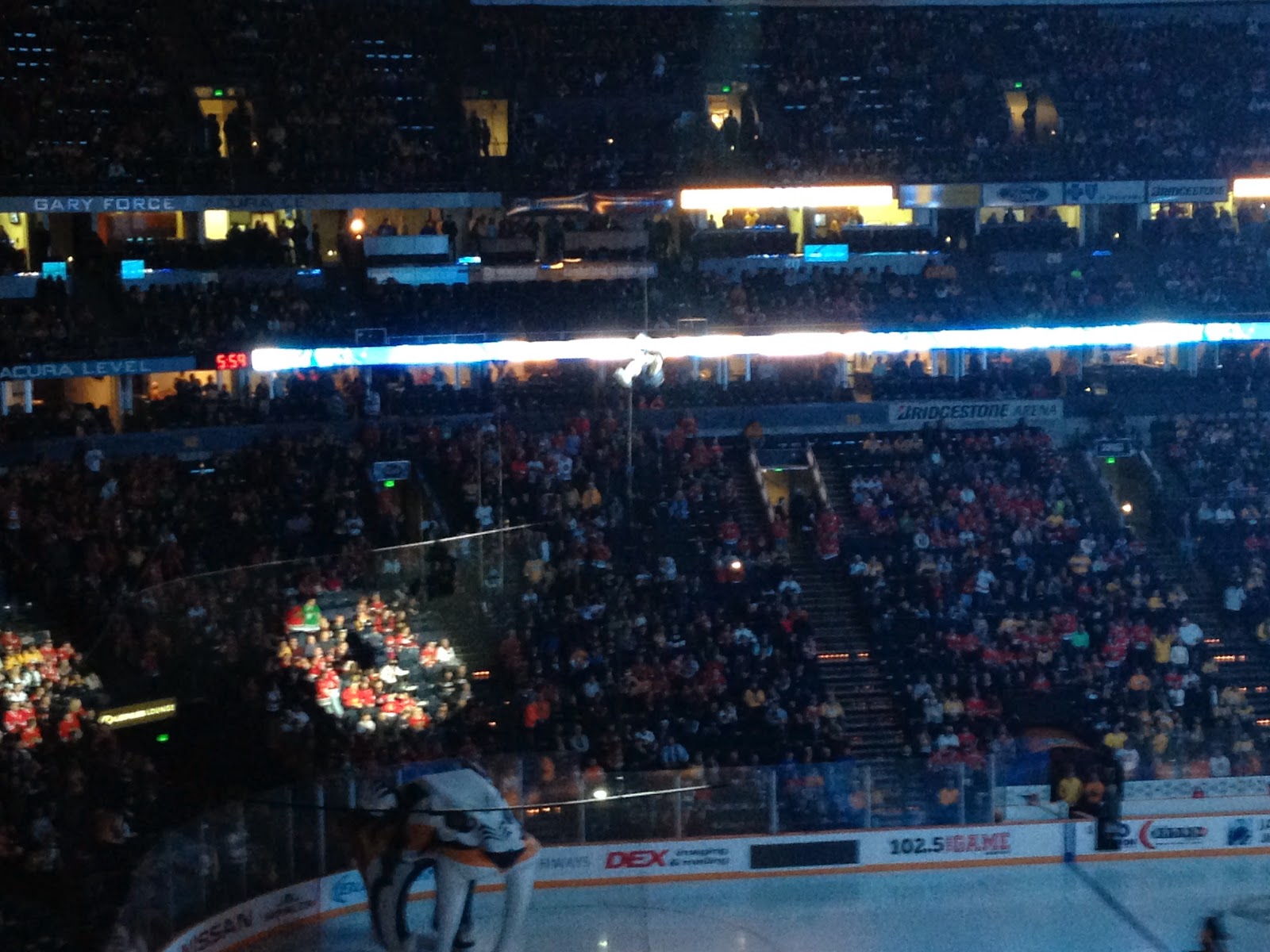 It's hard to tell in this pic, but the mascot, Gnash, is rappelling onto the ice from the ceiling. 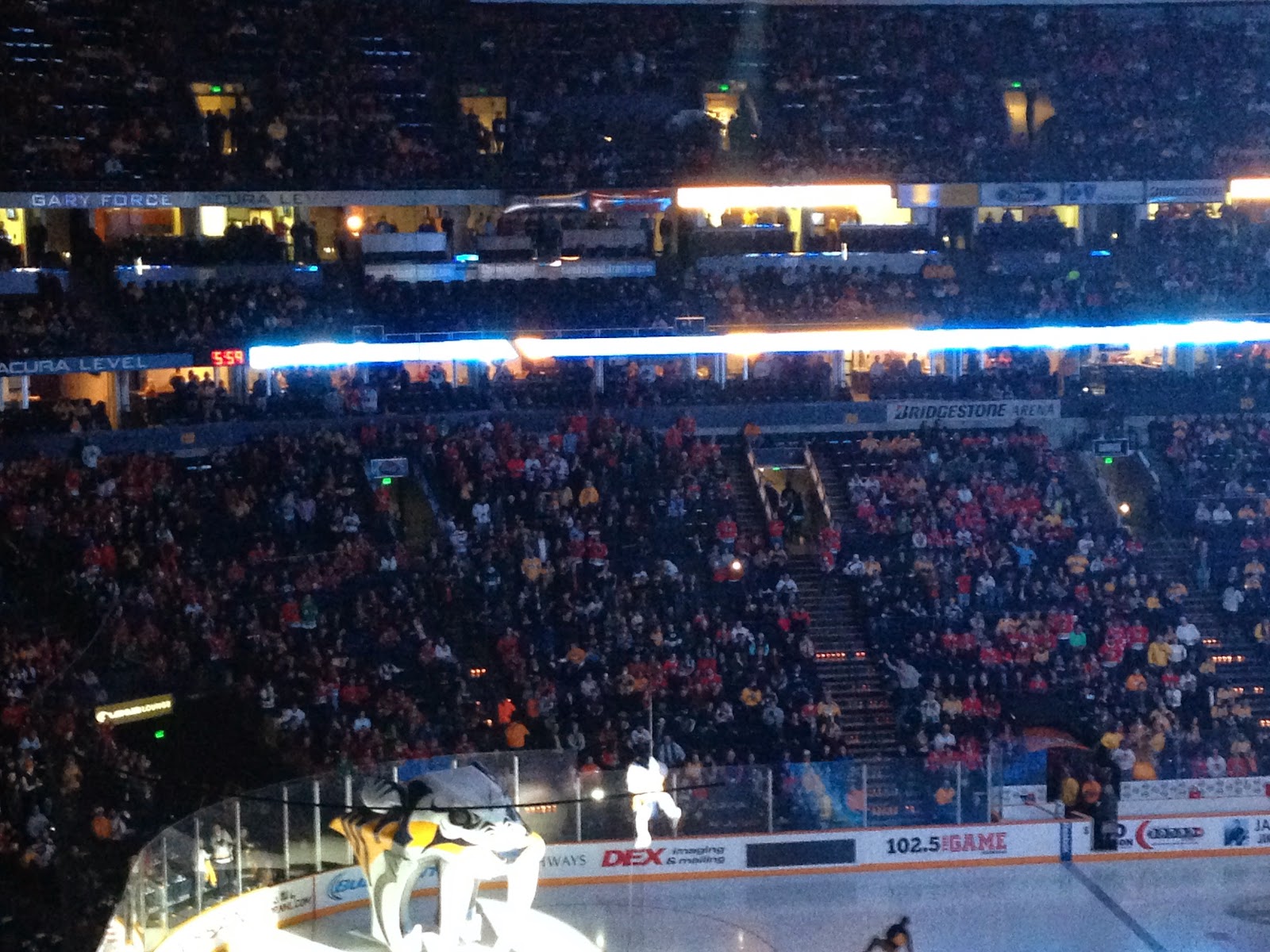 Here, you can see him once he landed. 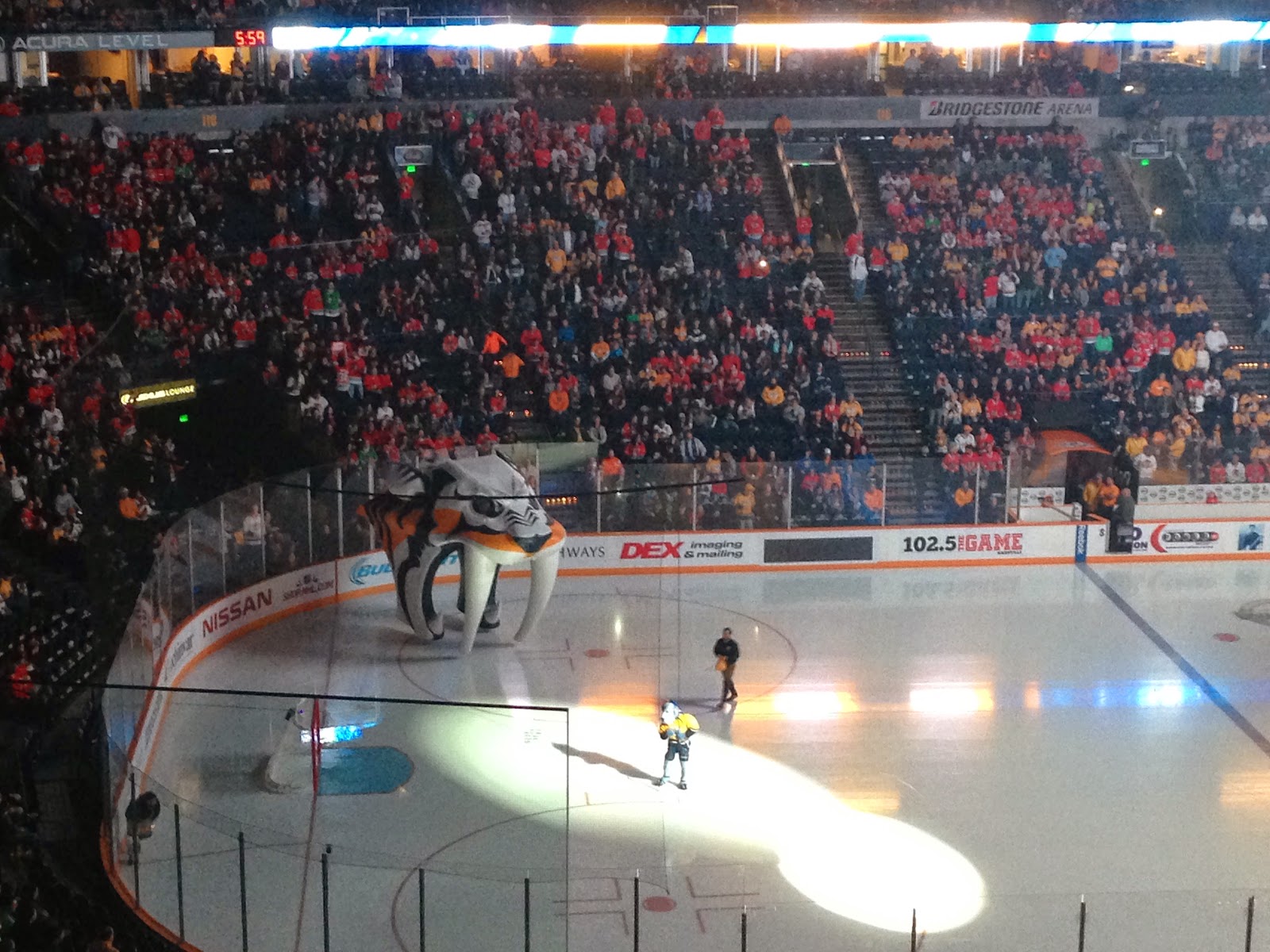 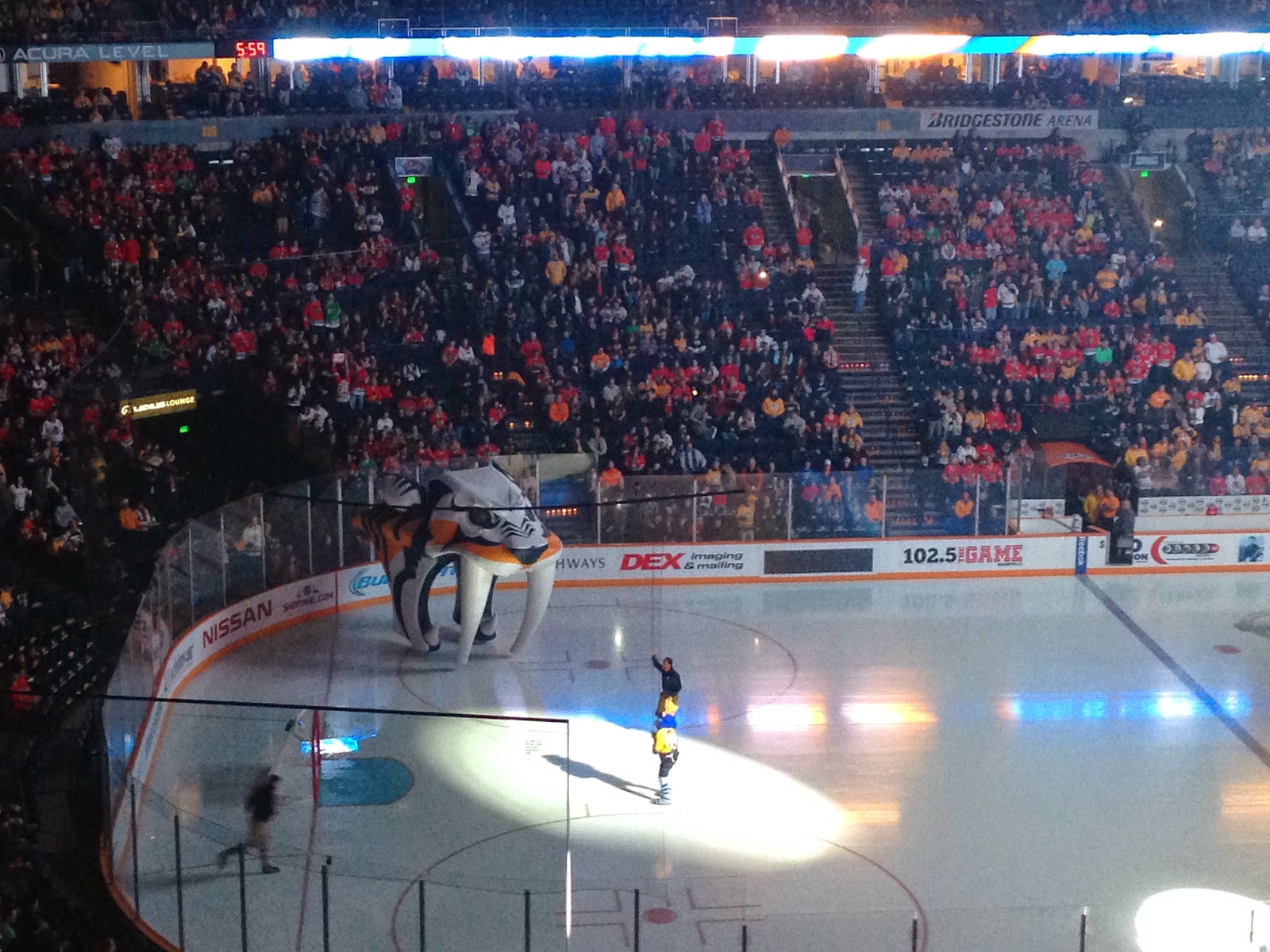 I know very little about hockey, but I was still able to enjoy the game. 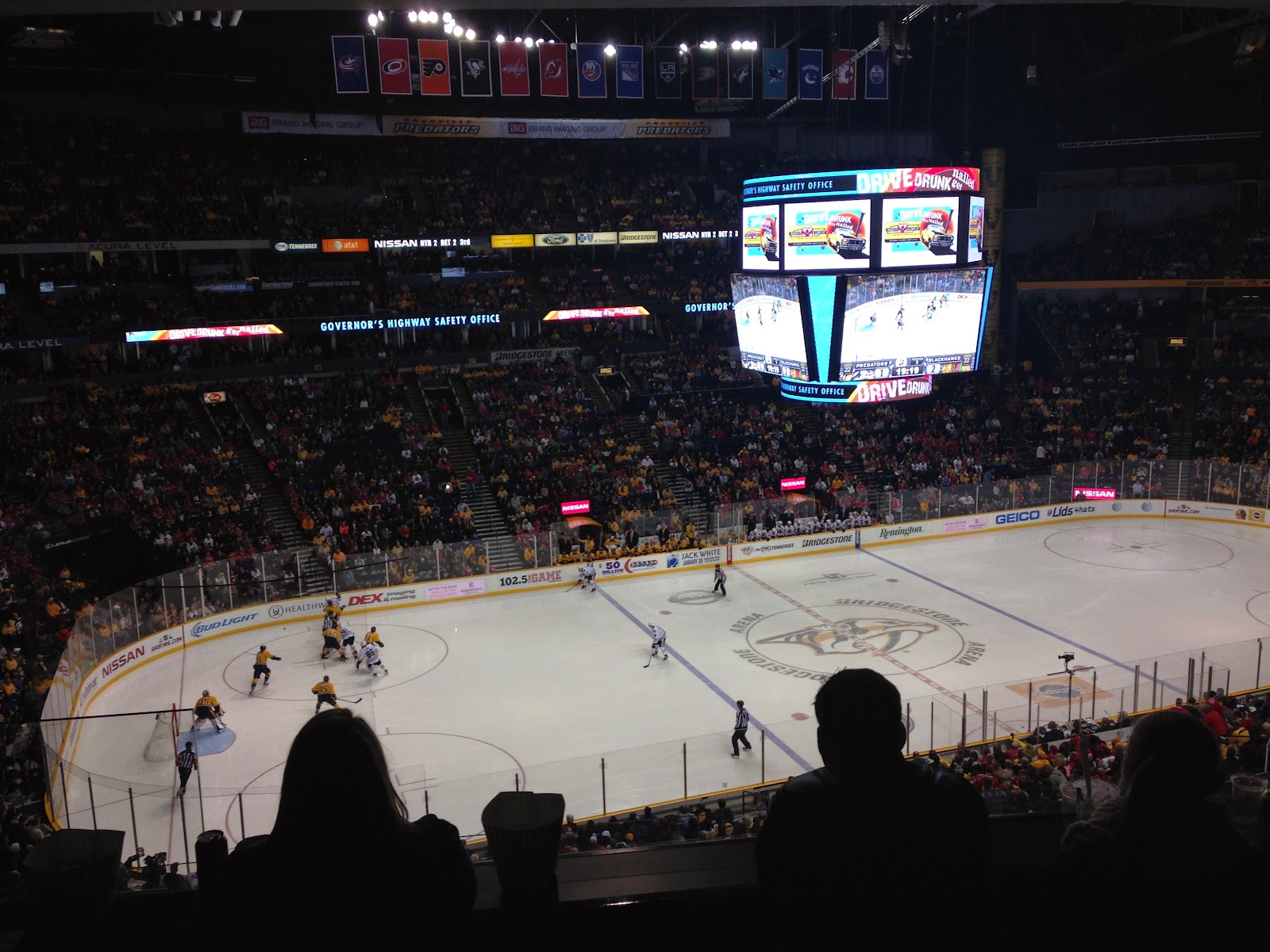 While both teams seemed to be evenly matched based on their records, the Preds struggled the entire game. To me, it felt like they didn't have good control of the puck. (Of course, I know nothing about the game, so take my analysis for what it's worth.) 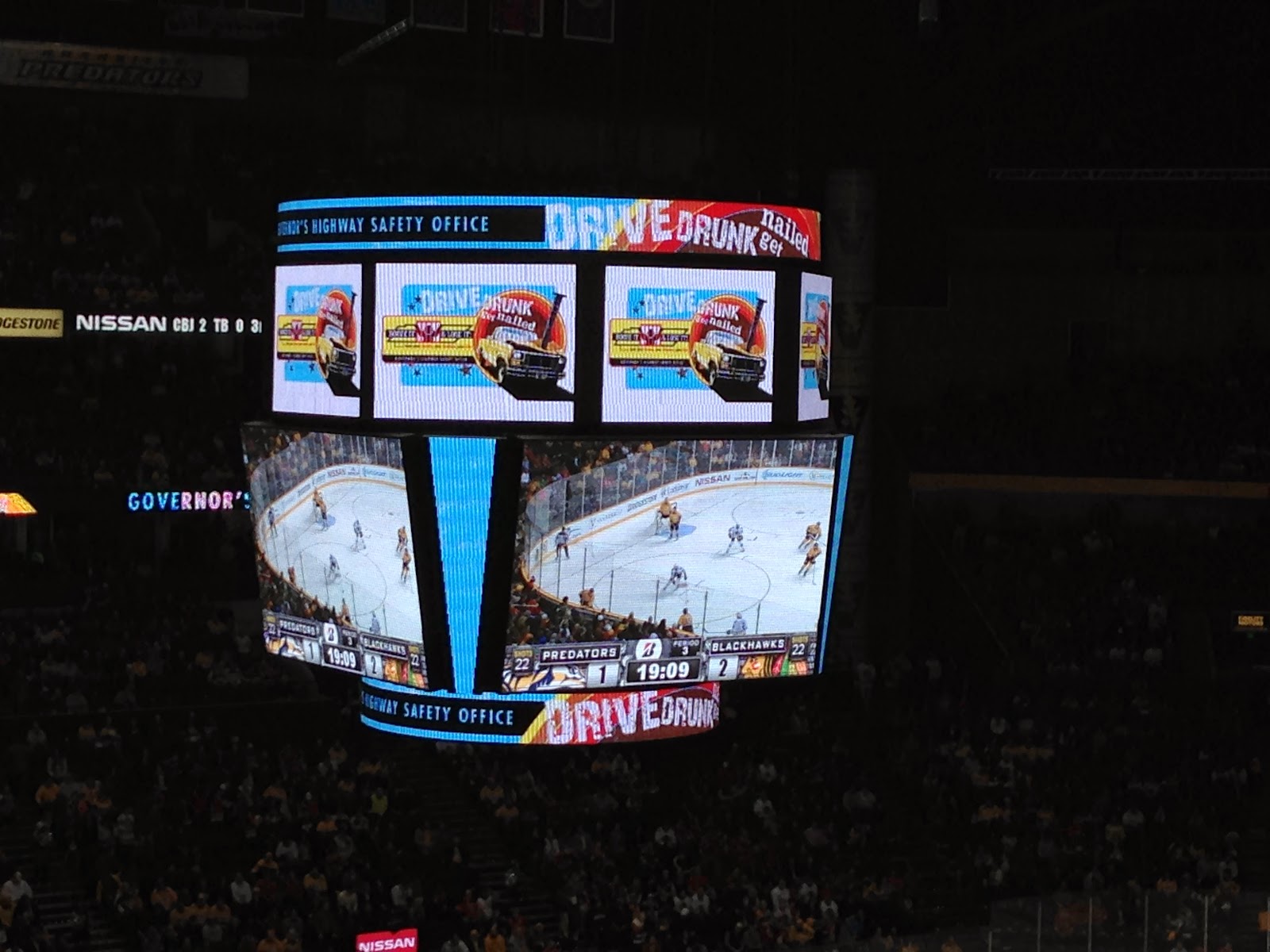 The final score was 3-1 in favor of the Blackhawks. 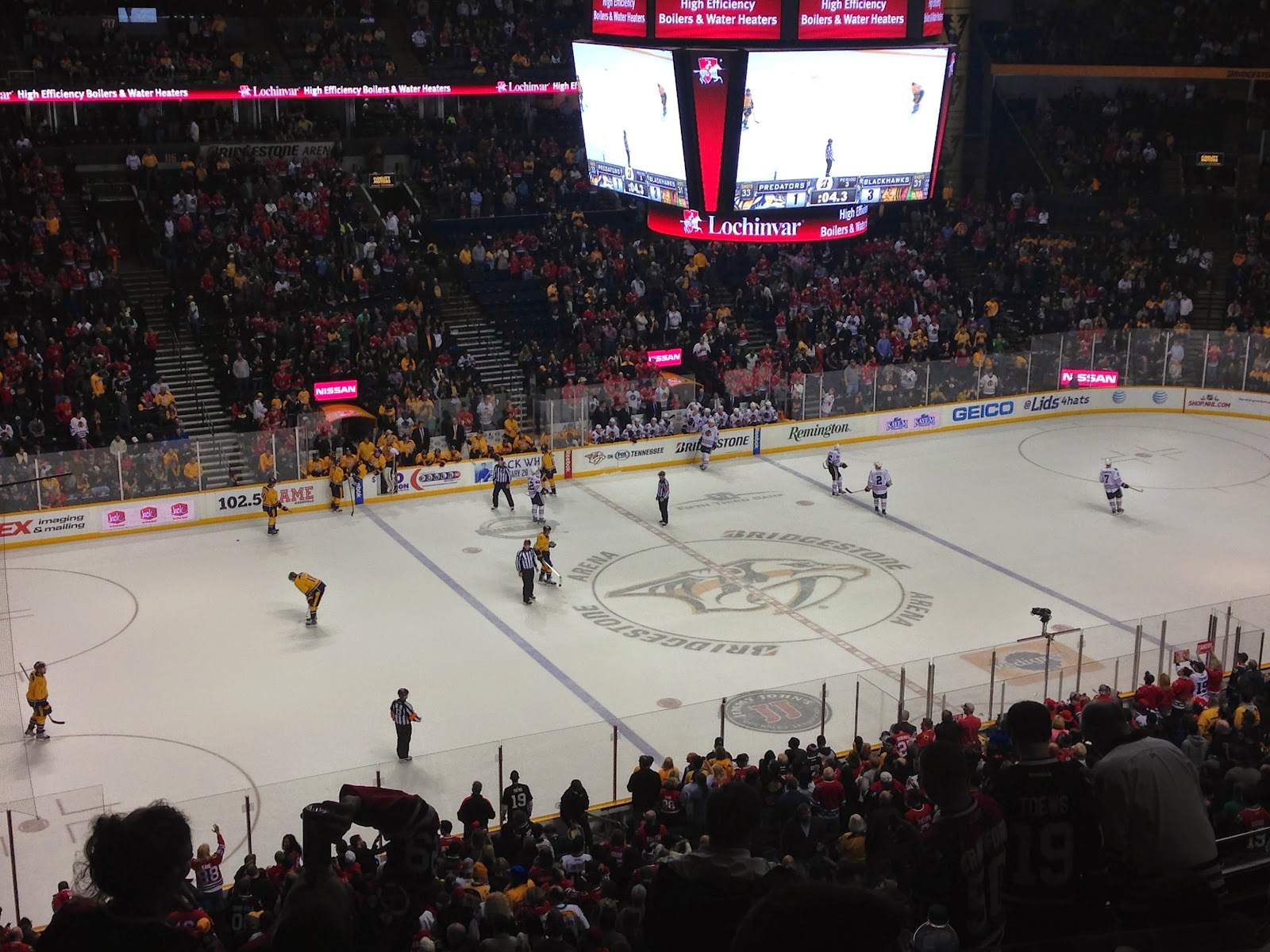 The home team might have lost the game I watched, but I'd still go back in a heartbeat. It was tons of fun!

What have you done recently that was tons of fun? I'd love to hear. :)
Posted by Tiffany Lowder at 12:00 AM