Our podcast this week is about gratitude, and I mentioned that I want to make a thankful album that focuses on the lessons I'm thankful to have learned. It's not exactly what most people would do for a gratitude journal, maybe, but I think it's very relevant to my life right now. 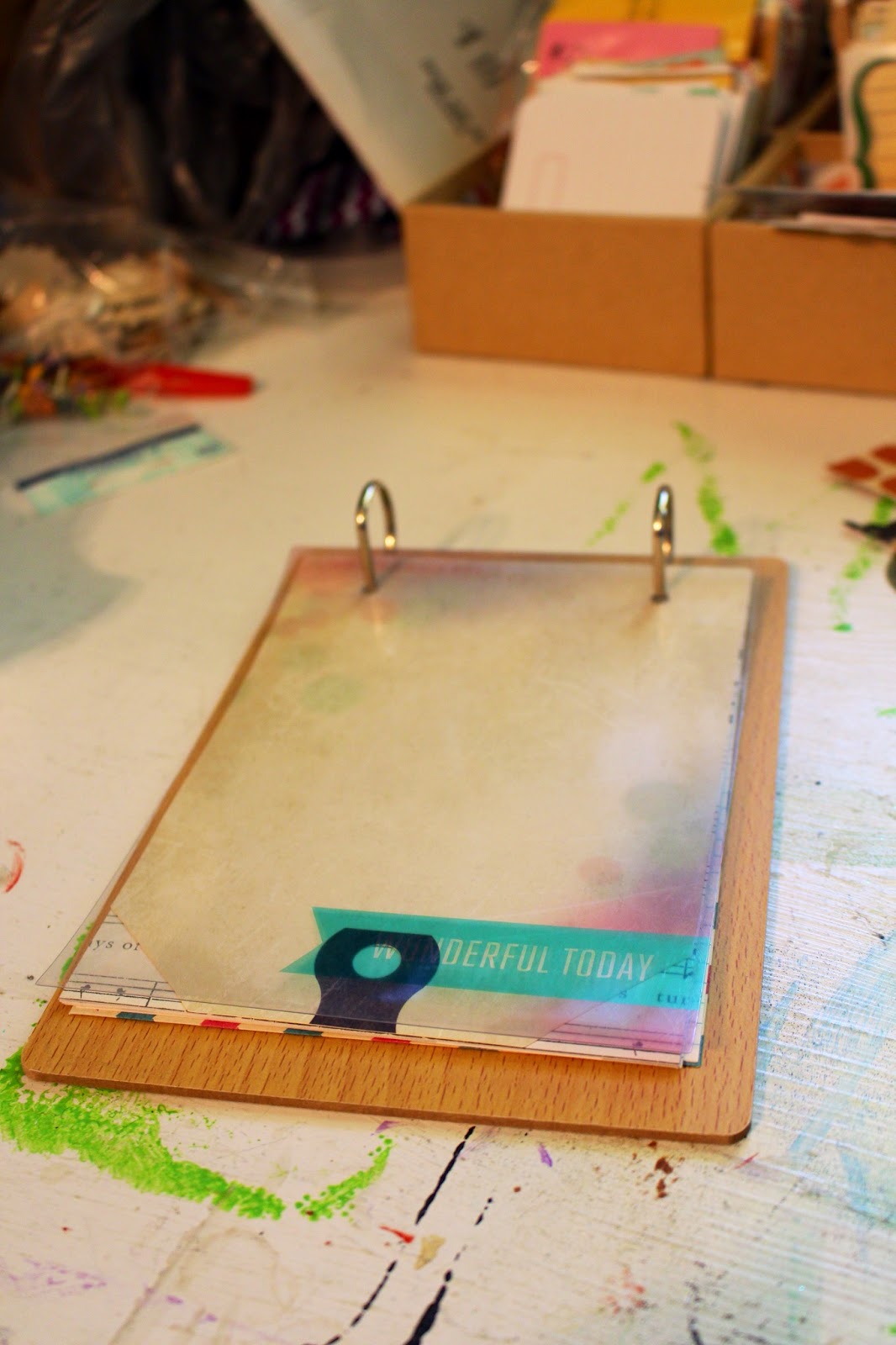 I started with an album that I already owned. This one is a Maggie Holmes Crate Paper album that has a wooden backing and two rings on top. It came with several pieces of paper in it already, but I thought I might want to add some additional pages. 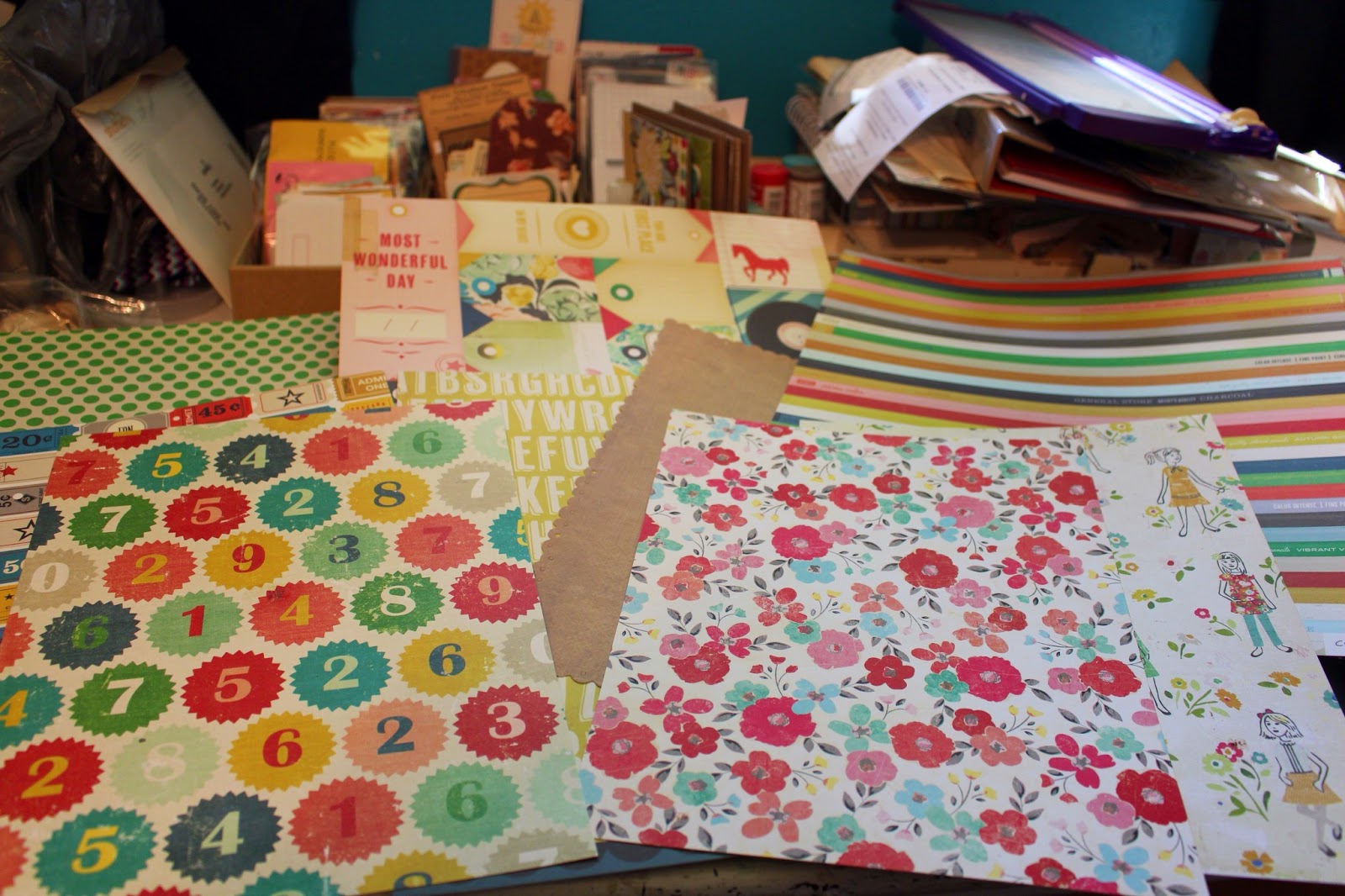 These are the papers that I decided to potentially add to the album. Most of them (possibly all) are by Crate Paper. By choosing papers that are from that manufacturer, I have an easier time making sure that everything matches and that the look of the album is cohesive.

While this isn't my usual m.o., I decided to spend my time today working to form the base pages for the album. Aren't y'all proud of me? I don't have any pics printed for the album yet, and I haven't done the journaling, but I feel like the basic design is finished which gives me a good start. I want to finish the album in a reasonable length of time instead of letting it hang on and on which sometimes happens when I start a mini. (Anybody out there feel me on that one?) 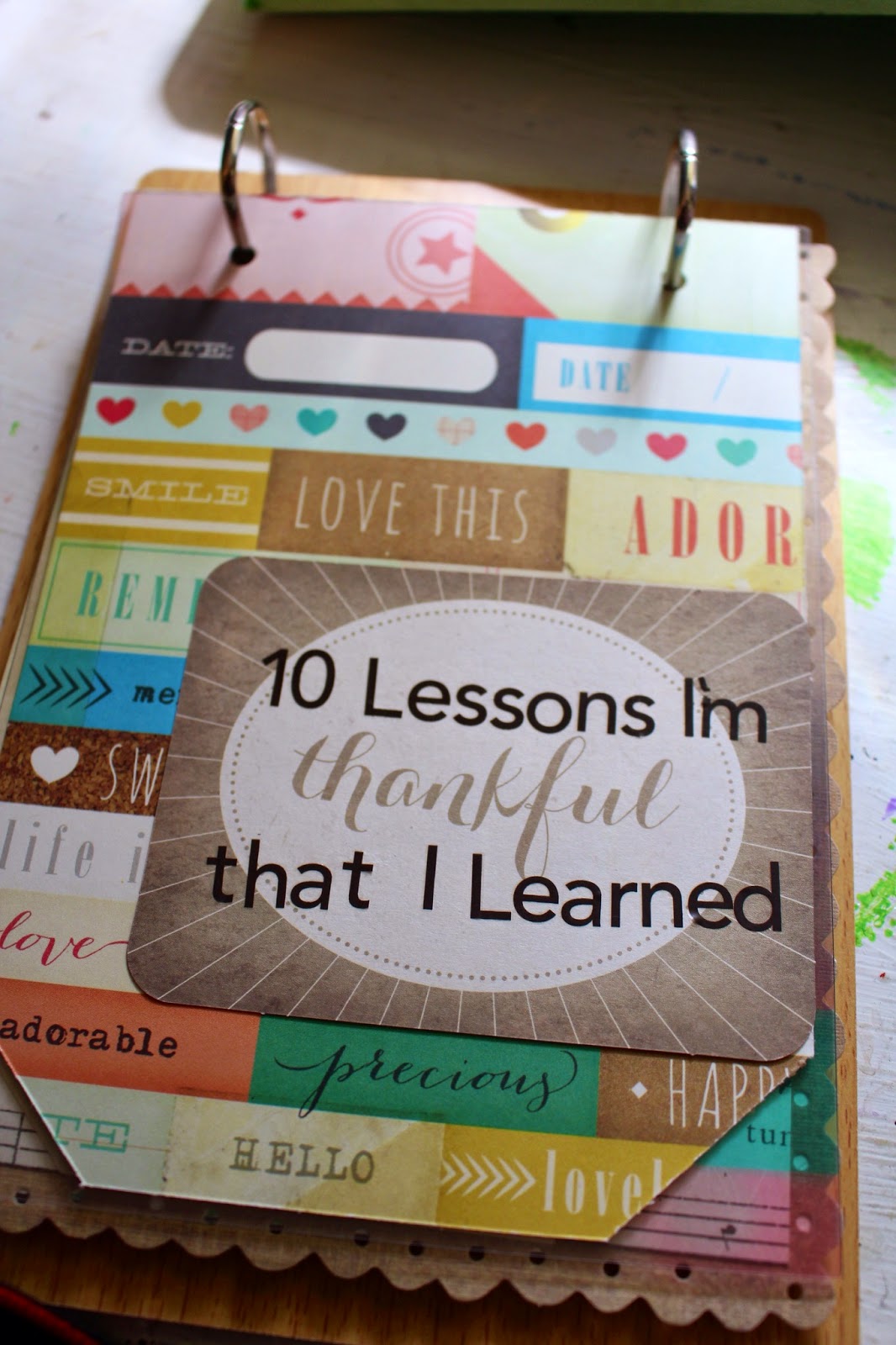 I started by choosing a PL card and adding OA sticker letters to it to form the title that I envisioned for the album. I also changed the cover of the album because I wanted something a bit more colorful than the transparency page that originally topped it. 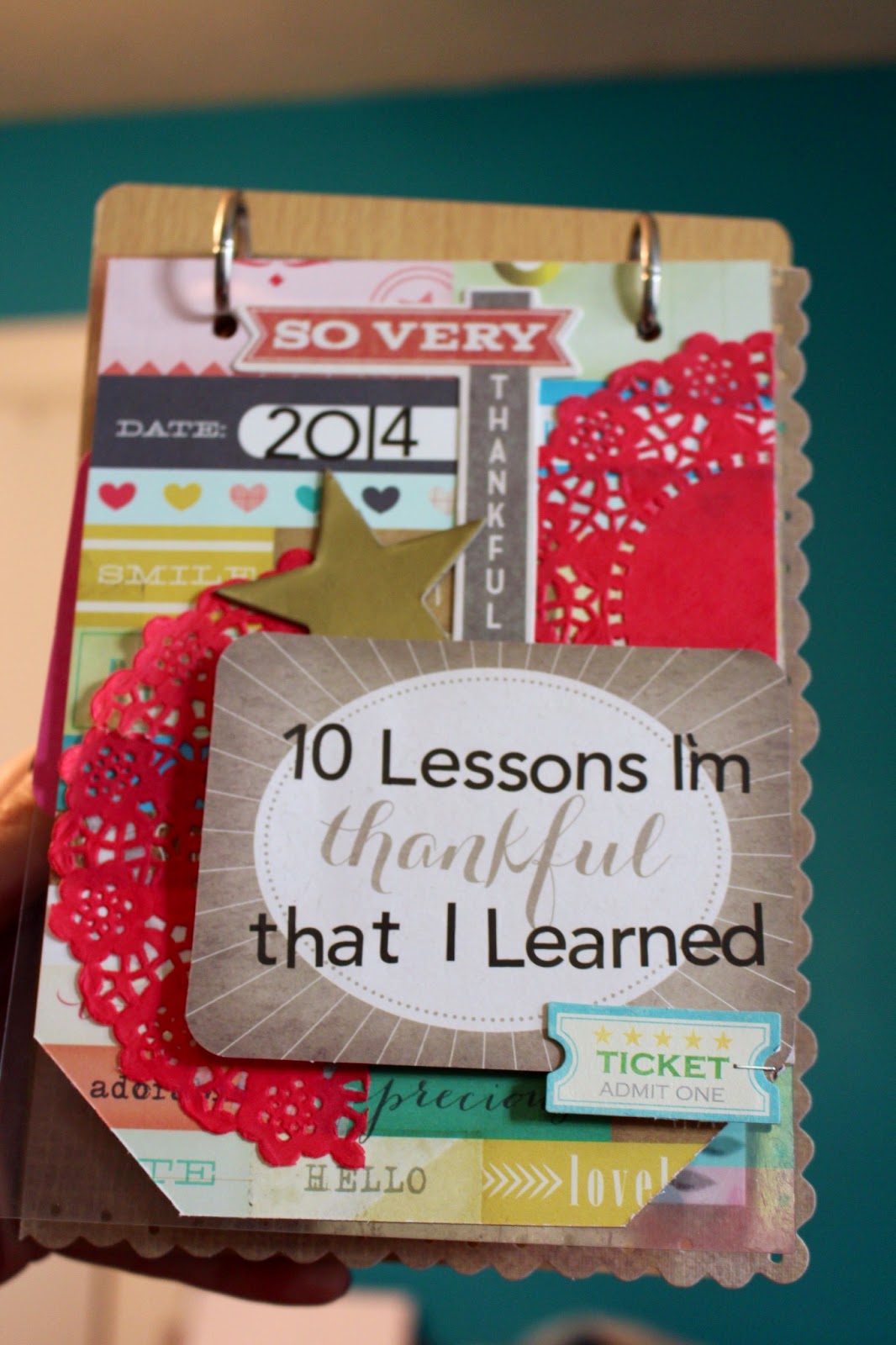 Here are the base pages that I made. Notice that there's a combination of blank decorative pages (before lesson 1 and after lesson 5) and pages that need to be filled with journaling. I'm thinking of only printing out 3 or 4 pictures (probably selfies) to use throughout the album because the lessons aren't generally photo specific. 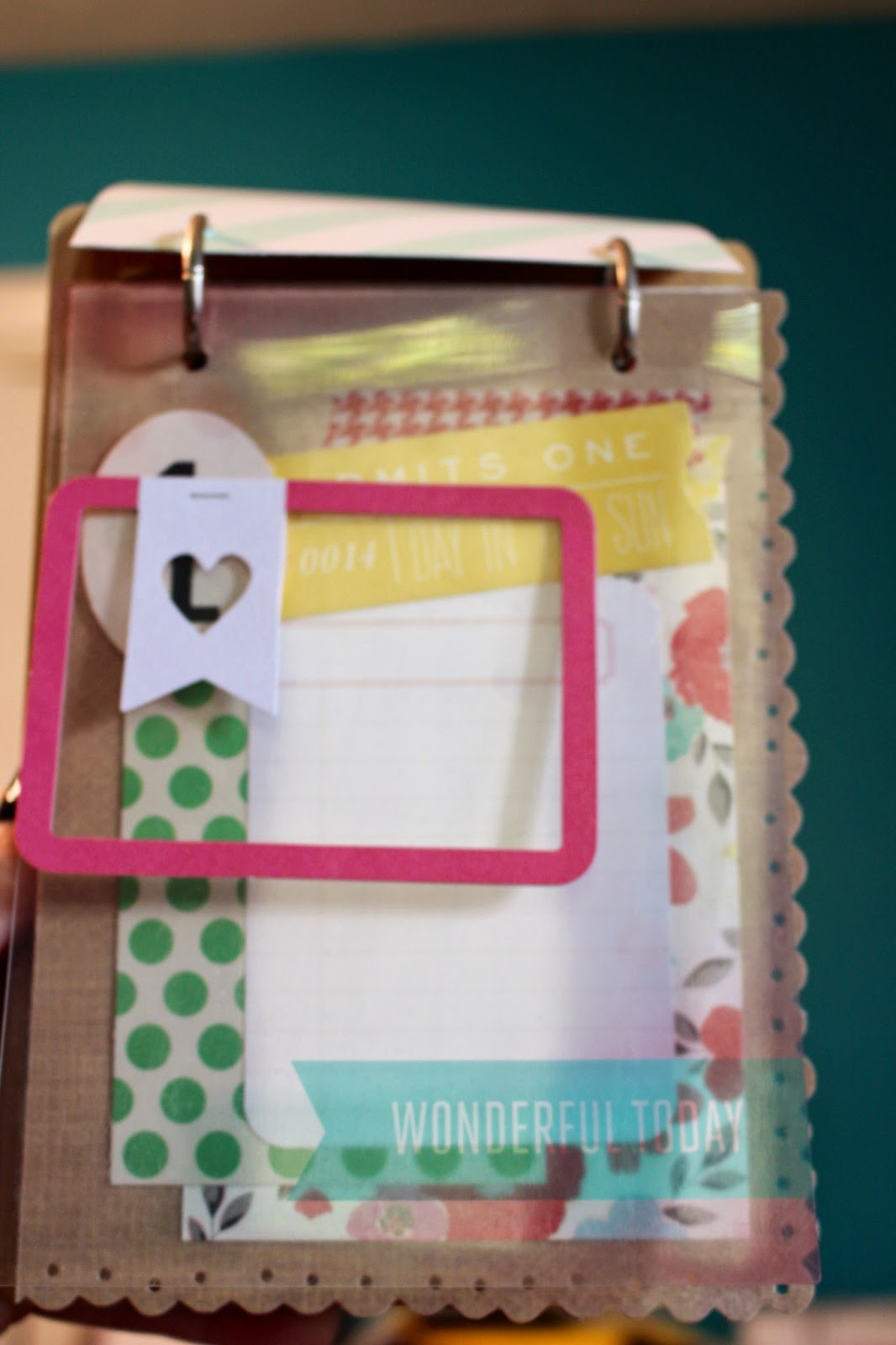 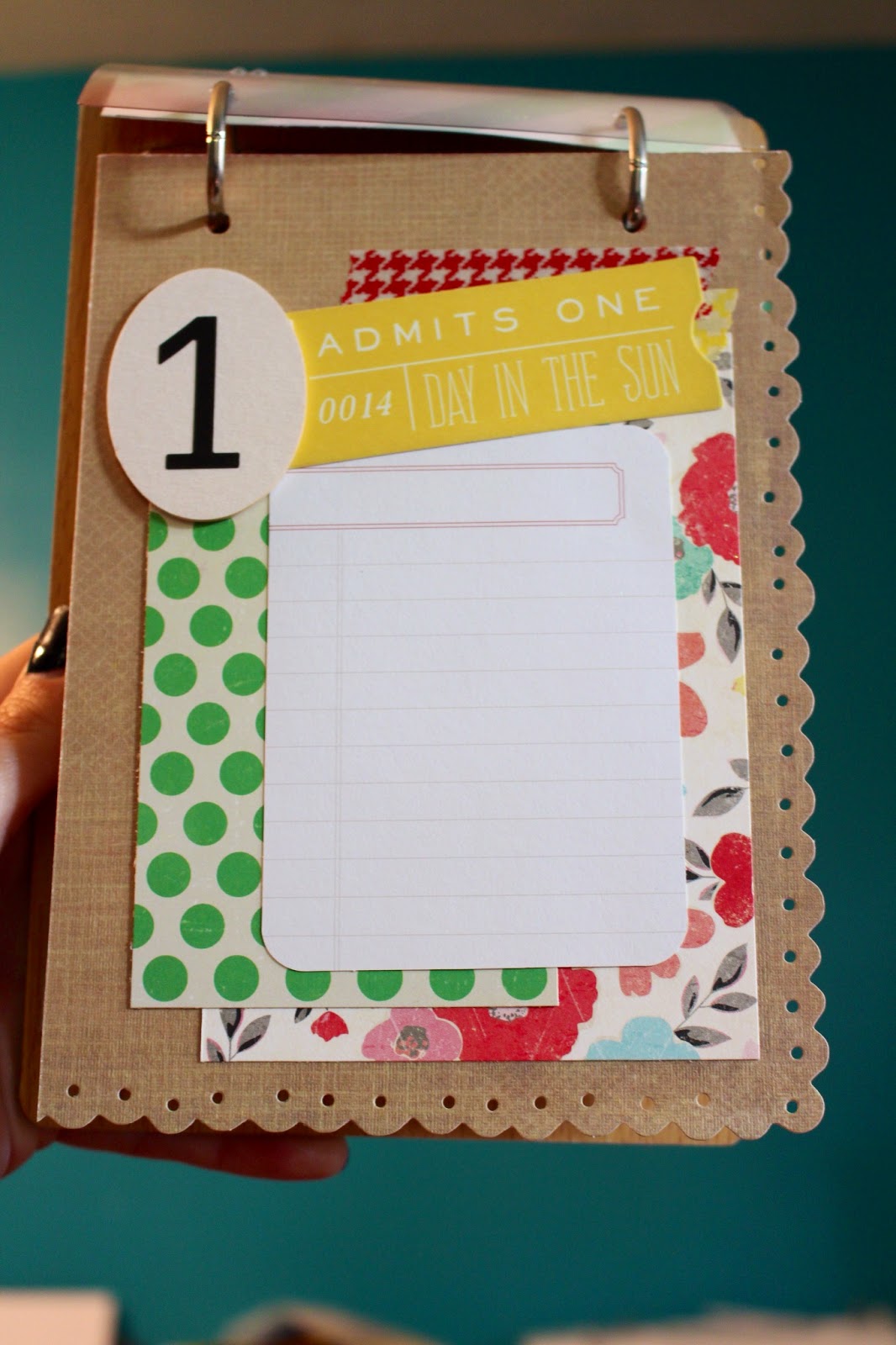 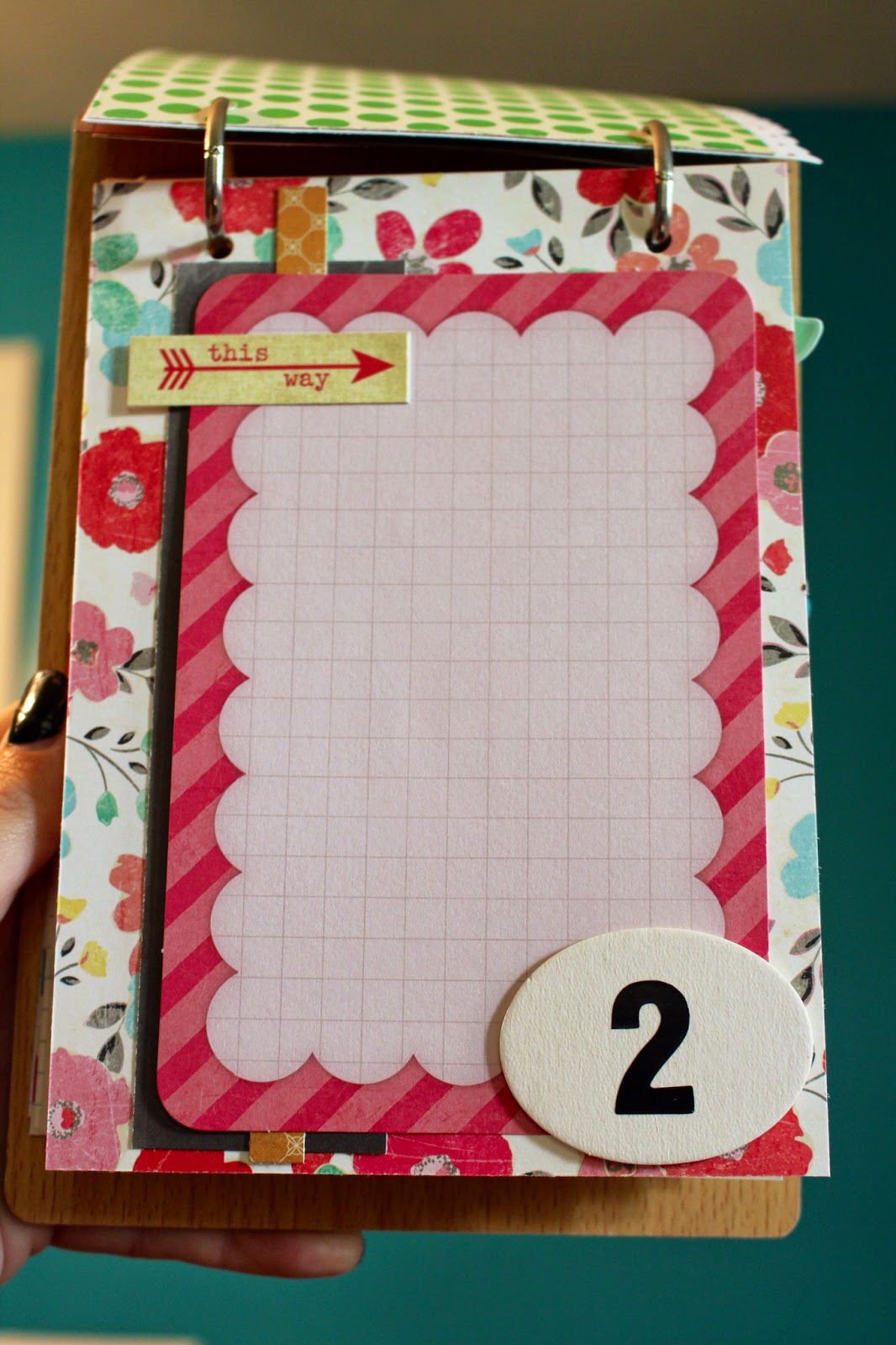 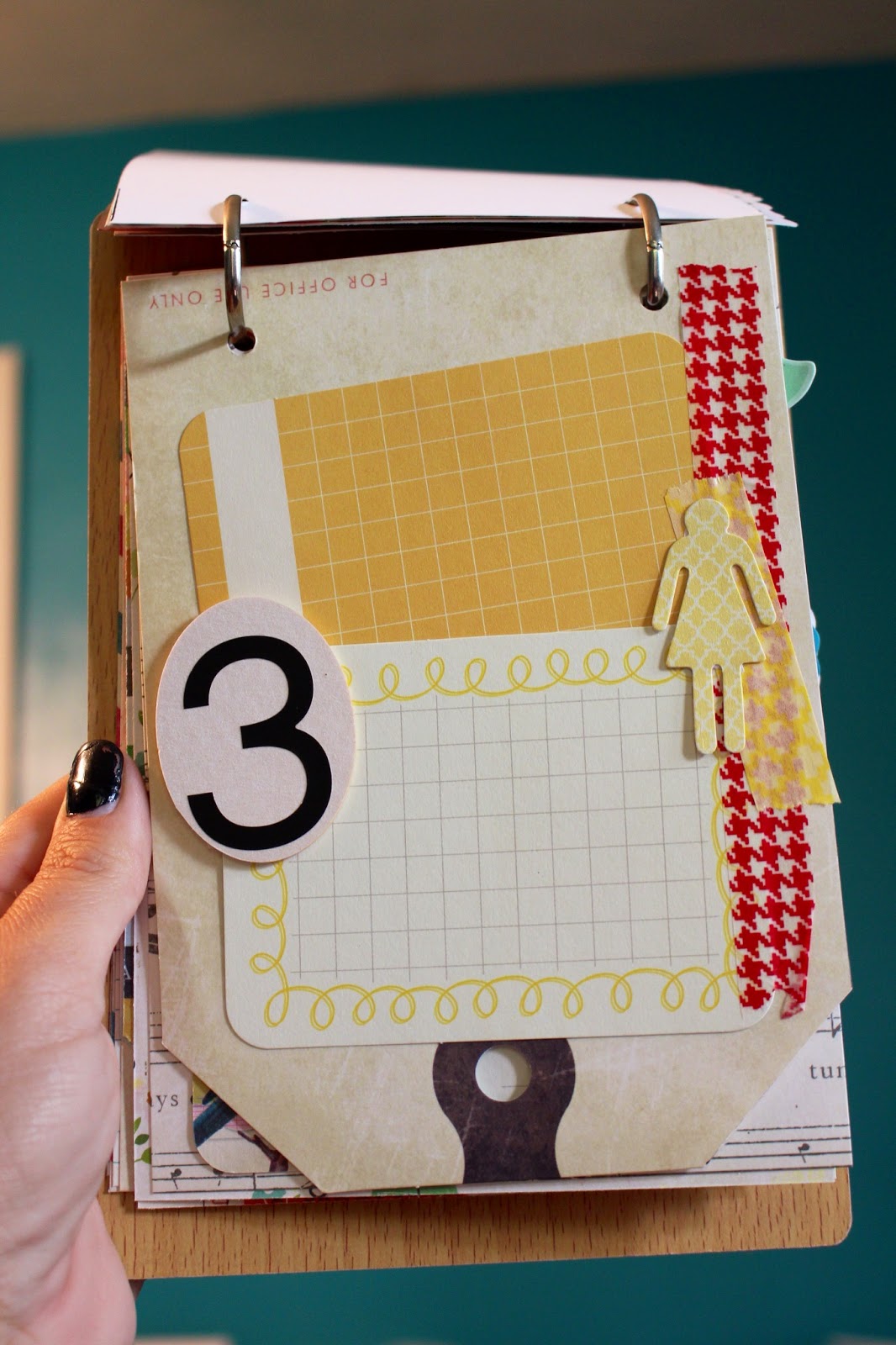 The numbers for the lessons are all black stickers that I culled from 3 or 4 sets of letter stickers that I already had lying around in my stash. The blank oval pieces are ancient pieces of chipboard. I had to scrounge around a bit to locate 10 of them, but I managed somehow. For variety, I put some of the numbers on them vertically and some on horizontally. I guess I could've painted those chipboard pieces, but I liked the graphic look of them in their original state and really didn't want to wait for paint or ink to dry. 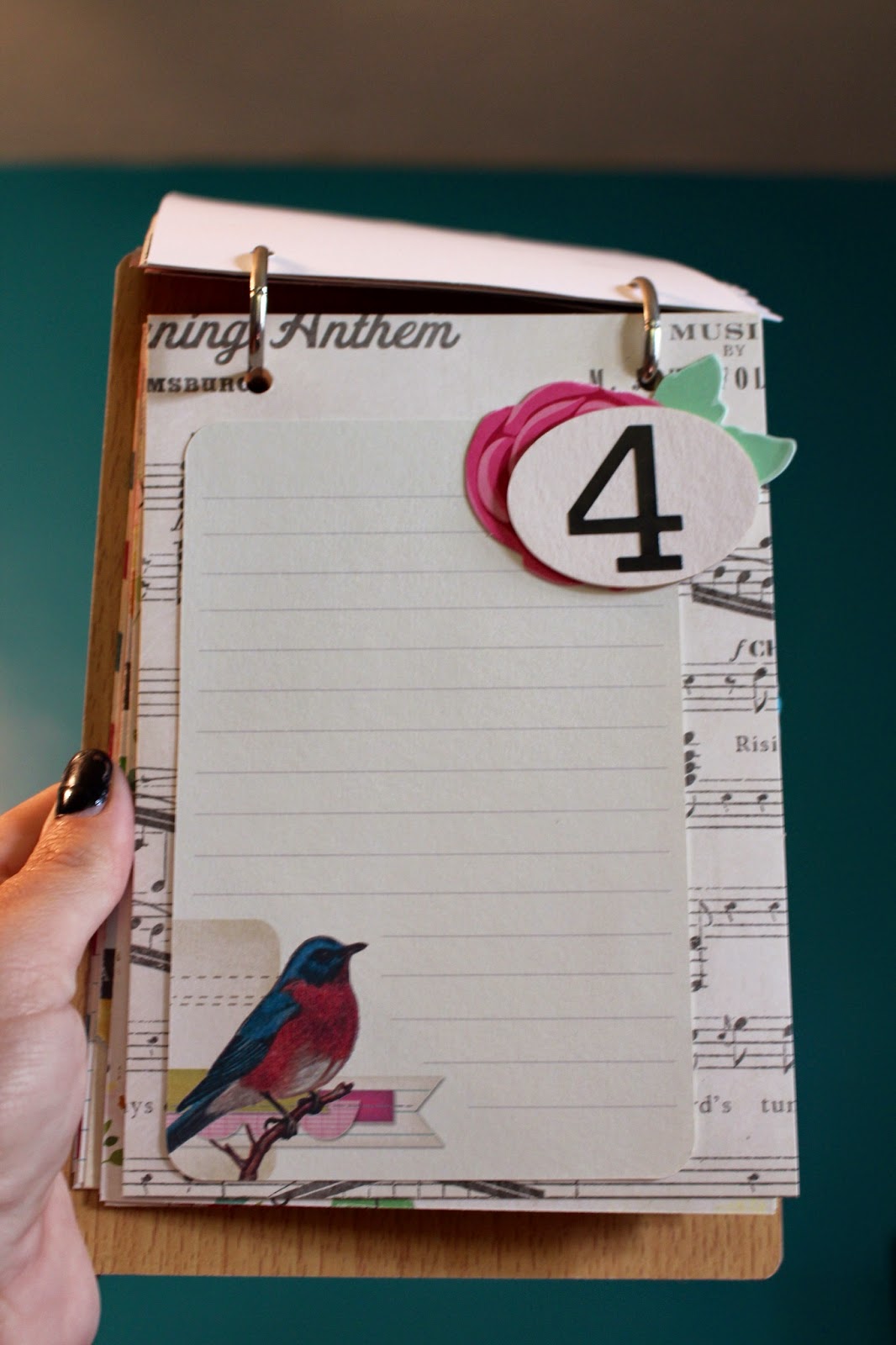 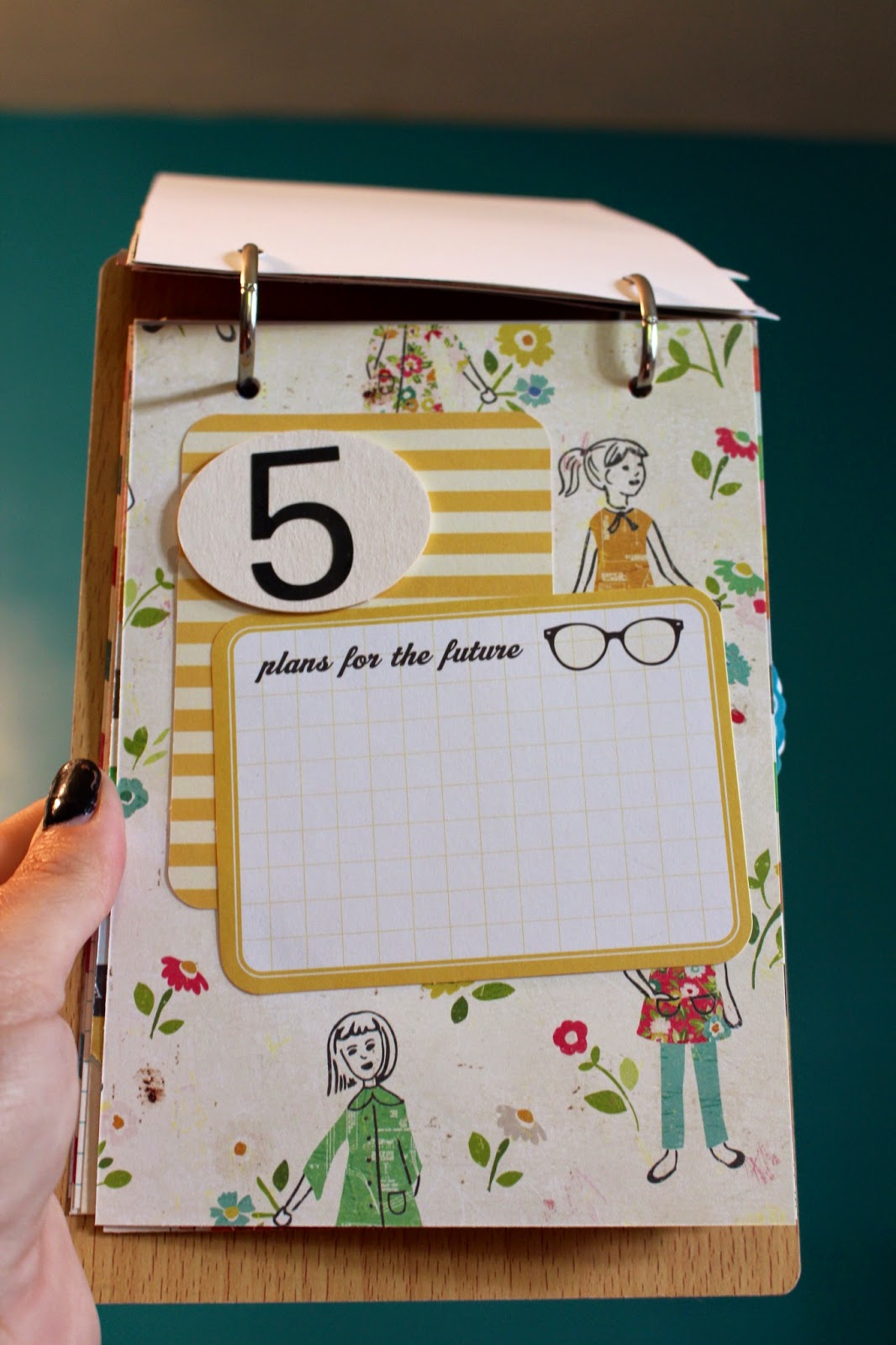 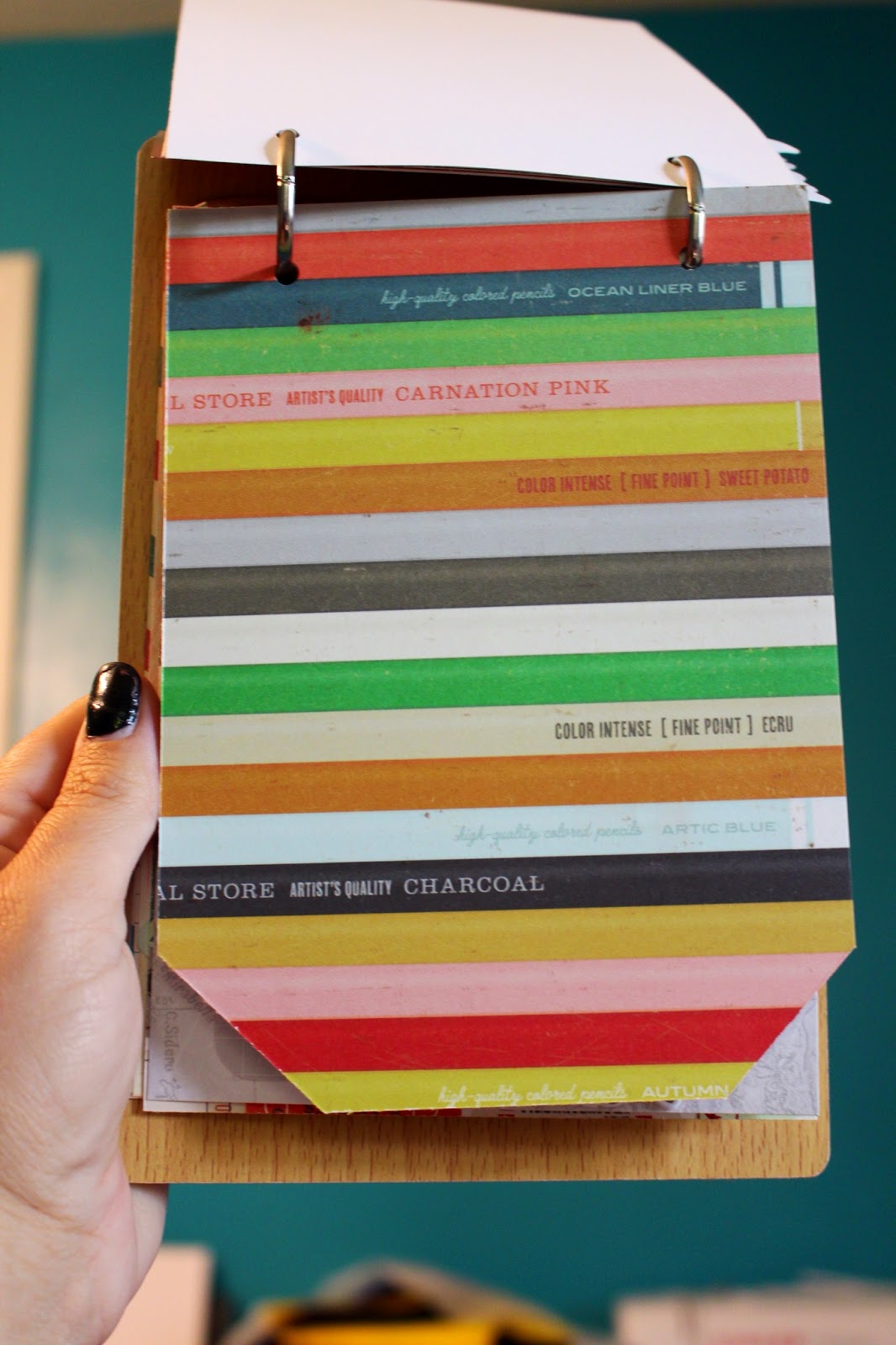 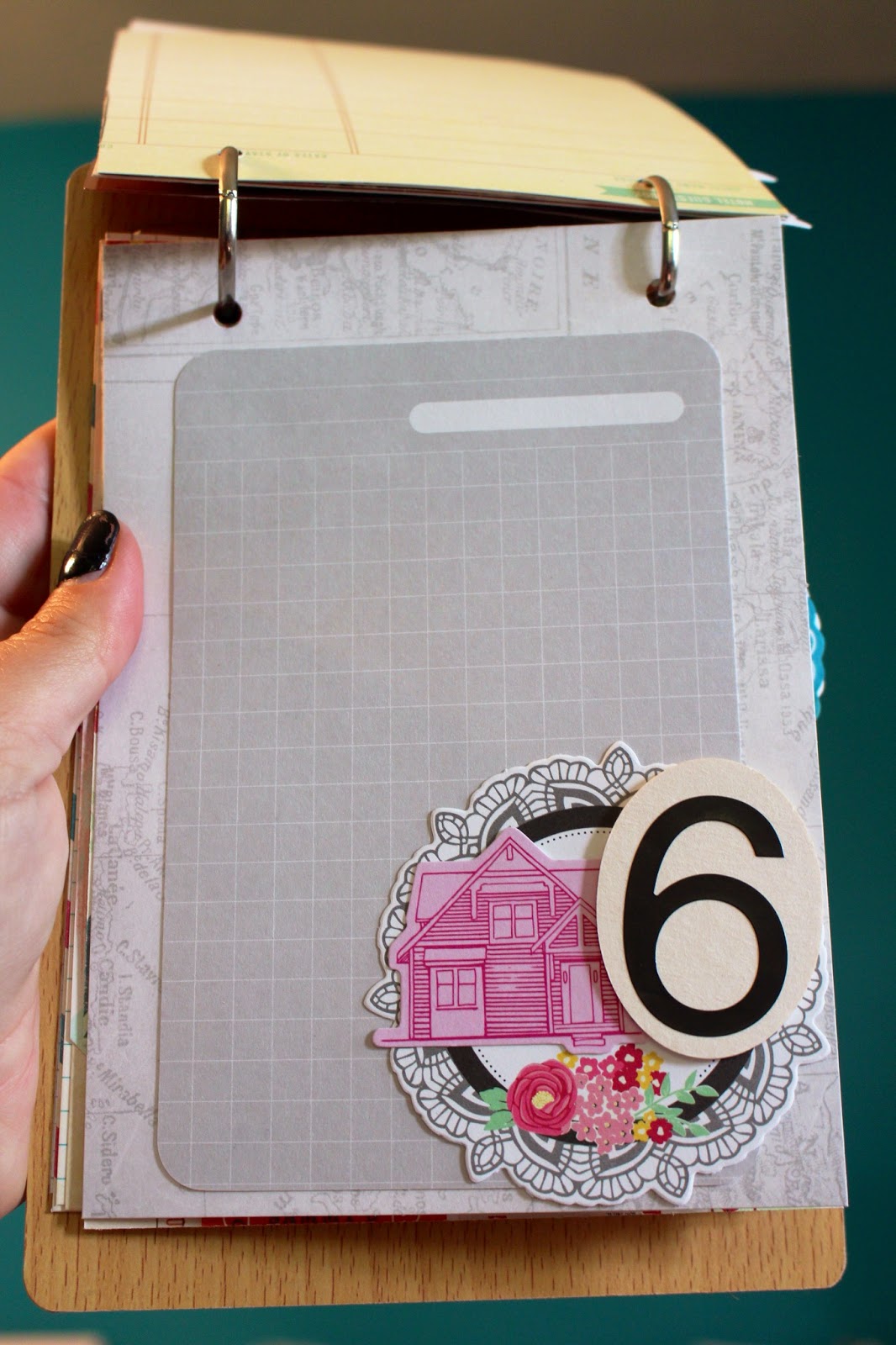 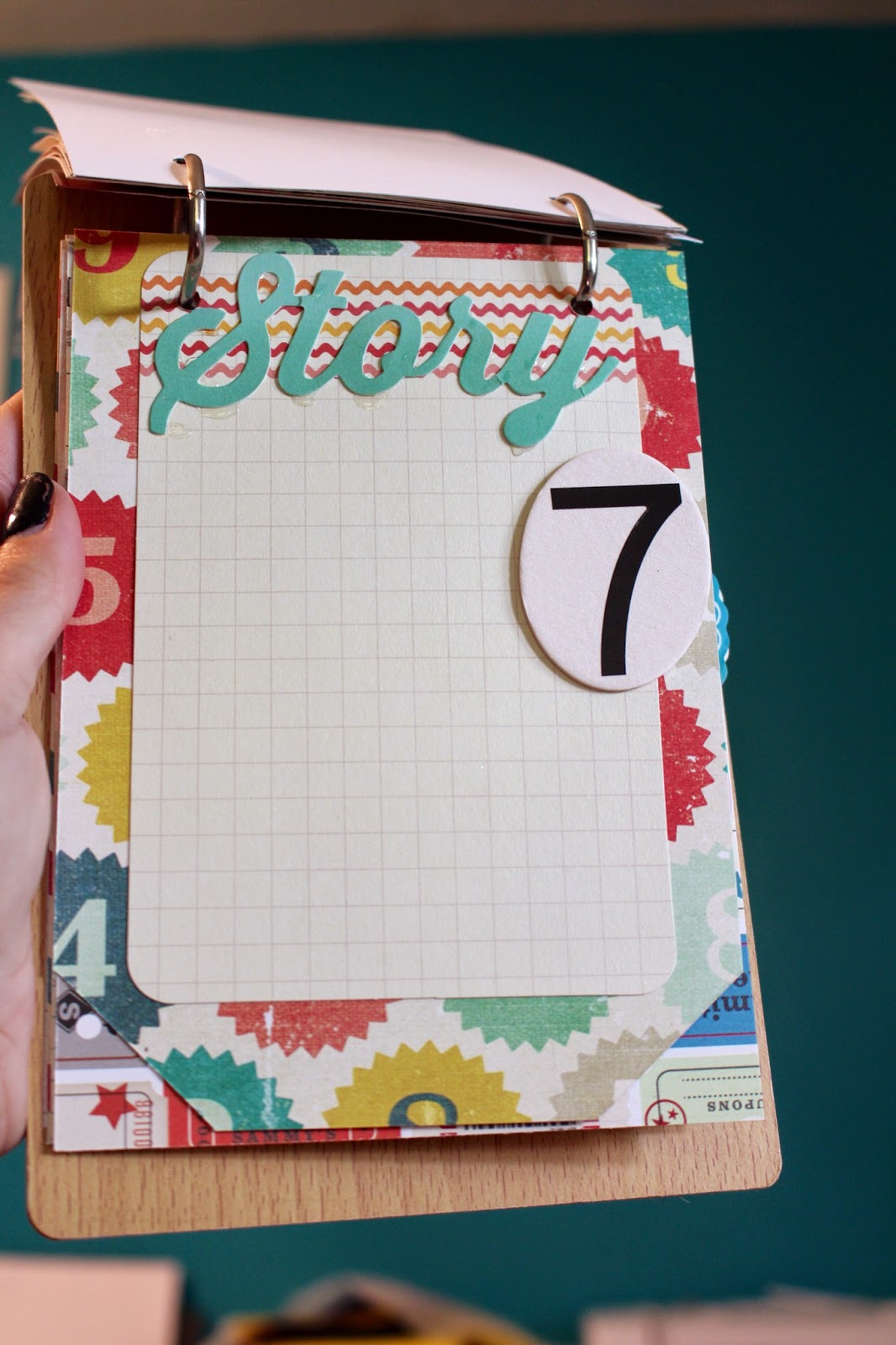 The journaling pages are all PL cards, some that are 4 X 6 and others that are 3 X 4 that I layered when I could. Y'all know that I struggle with the whole cream, really cream, white, and super white thing, but I tried not to get too caught up in that throughout this album. For embellishments, I primarily used printed diecuts from a variety of different manufacturers. As long as I kept to the basic color scheme and potential message I wanted to share, I thought it was fair game to use. I incorporated a bit of washi tape so far, but I may continue to add some as I work to finish the album. 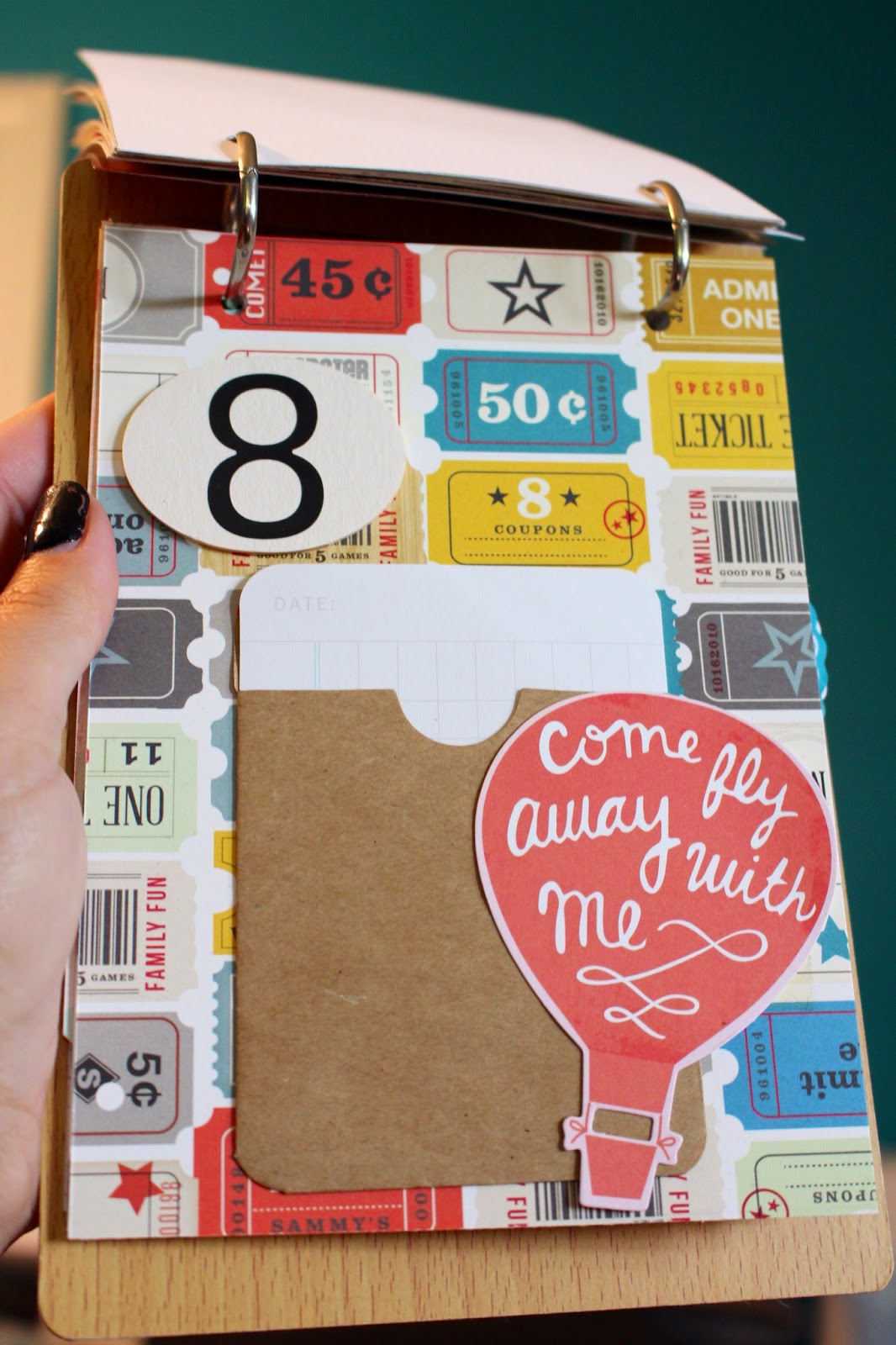 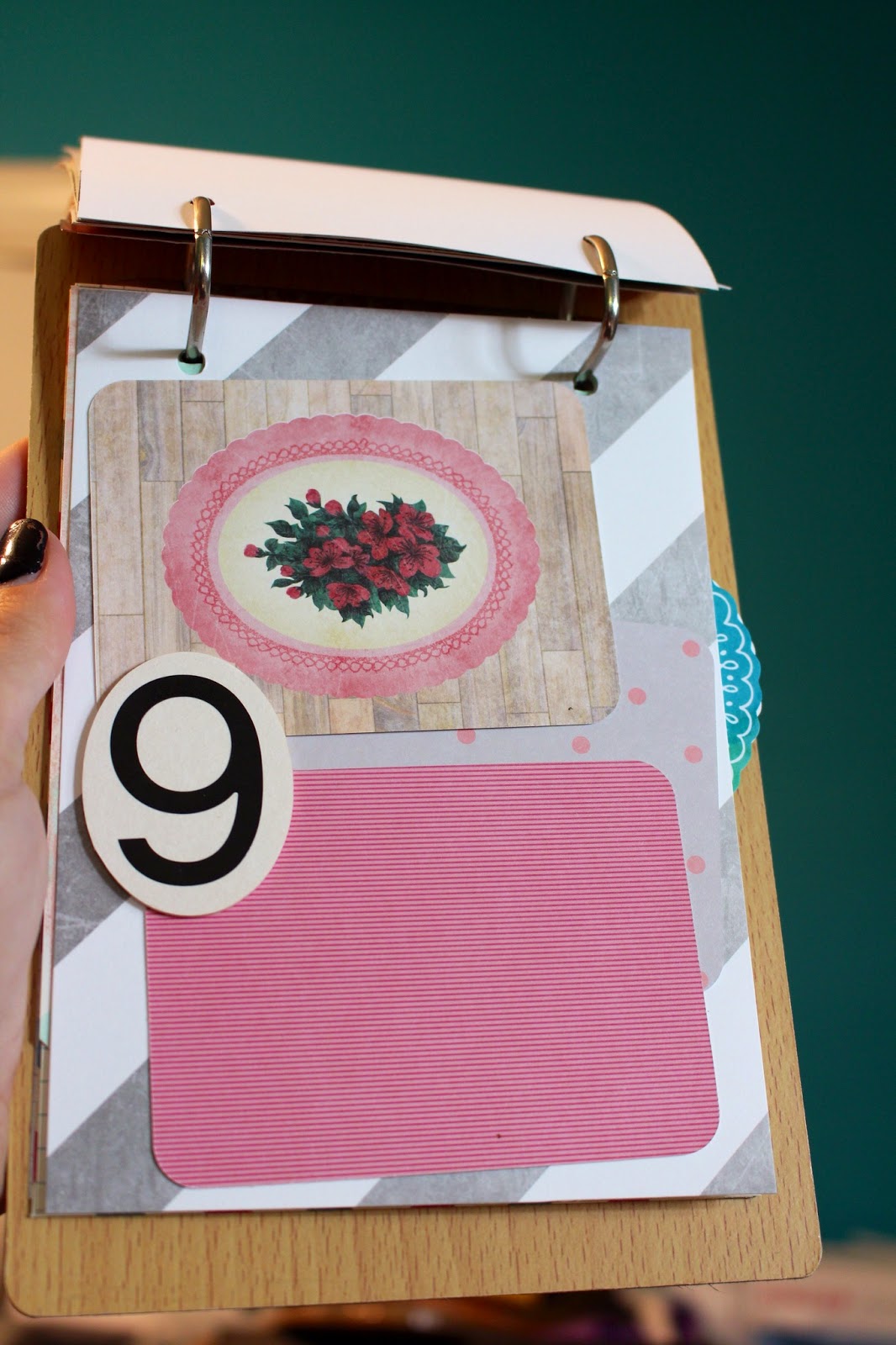 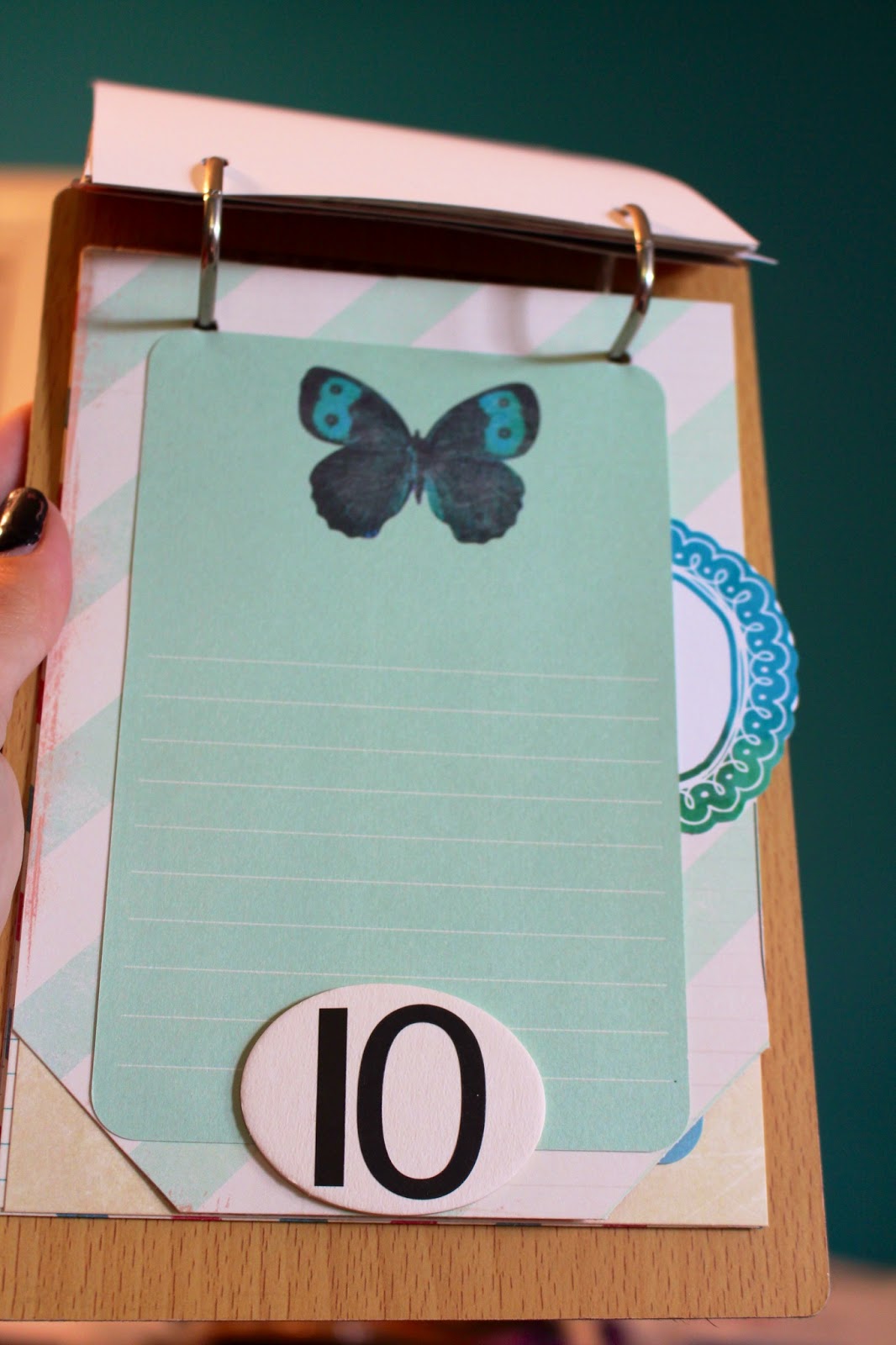 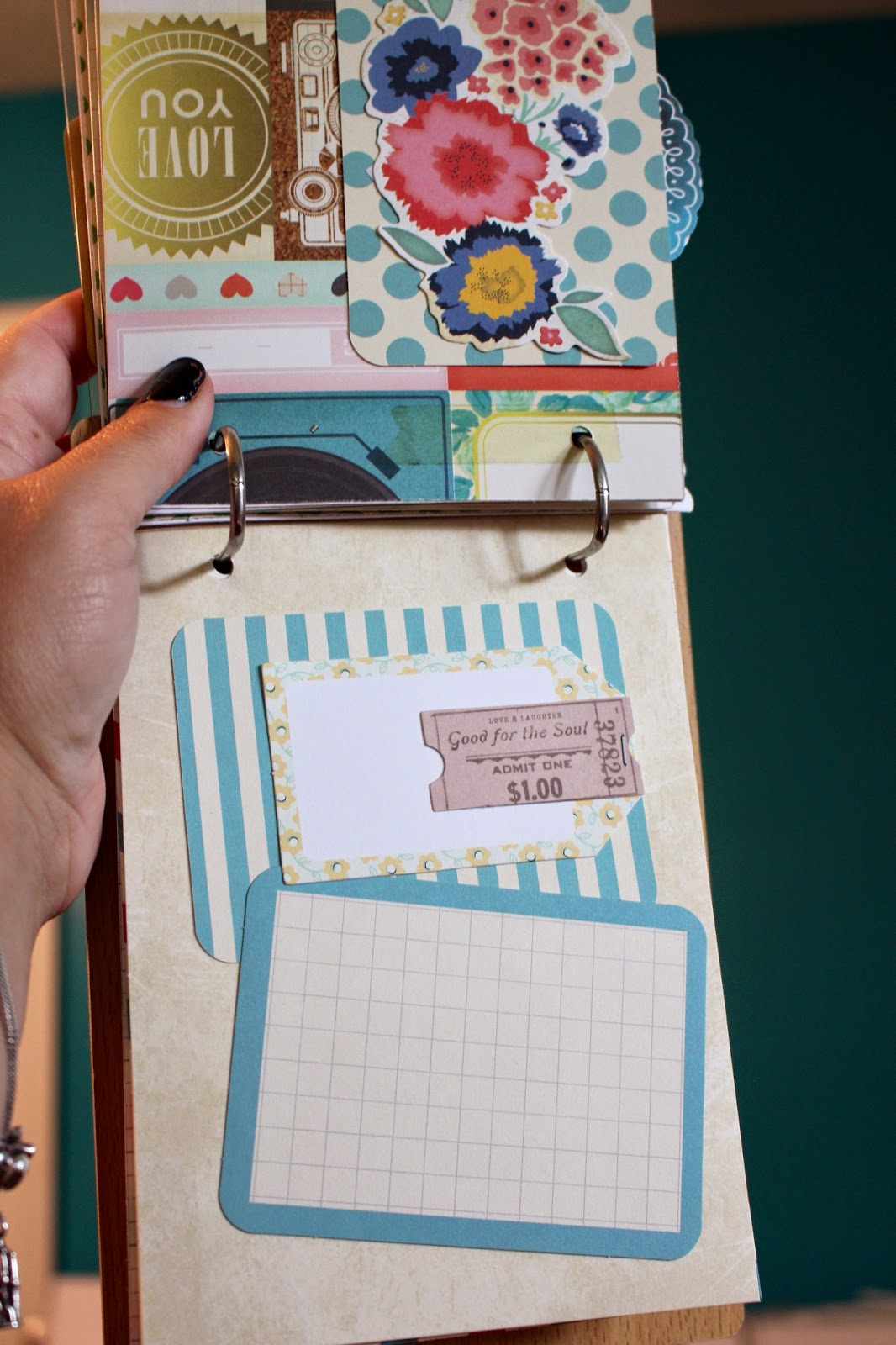 There are a handful of blank pages at the end of the album that I don't know if I'll use just yet. I've left them in there for now, but I've given myself permission to remove them later if I decide they aren't needed. It's nice to have the option to share extra information or to add other pictures if I want to at some point. 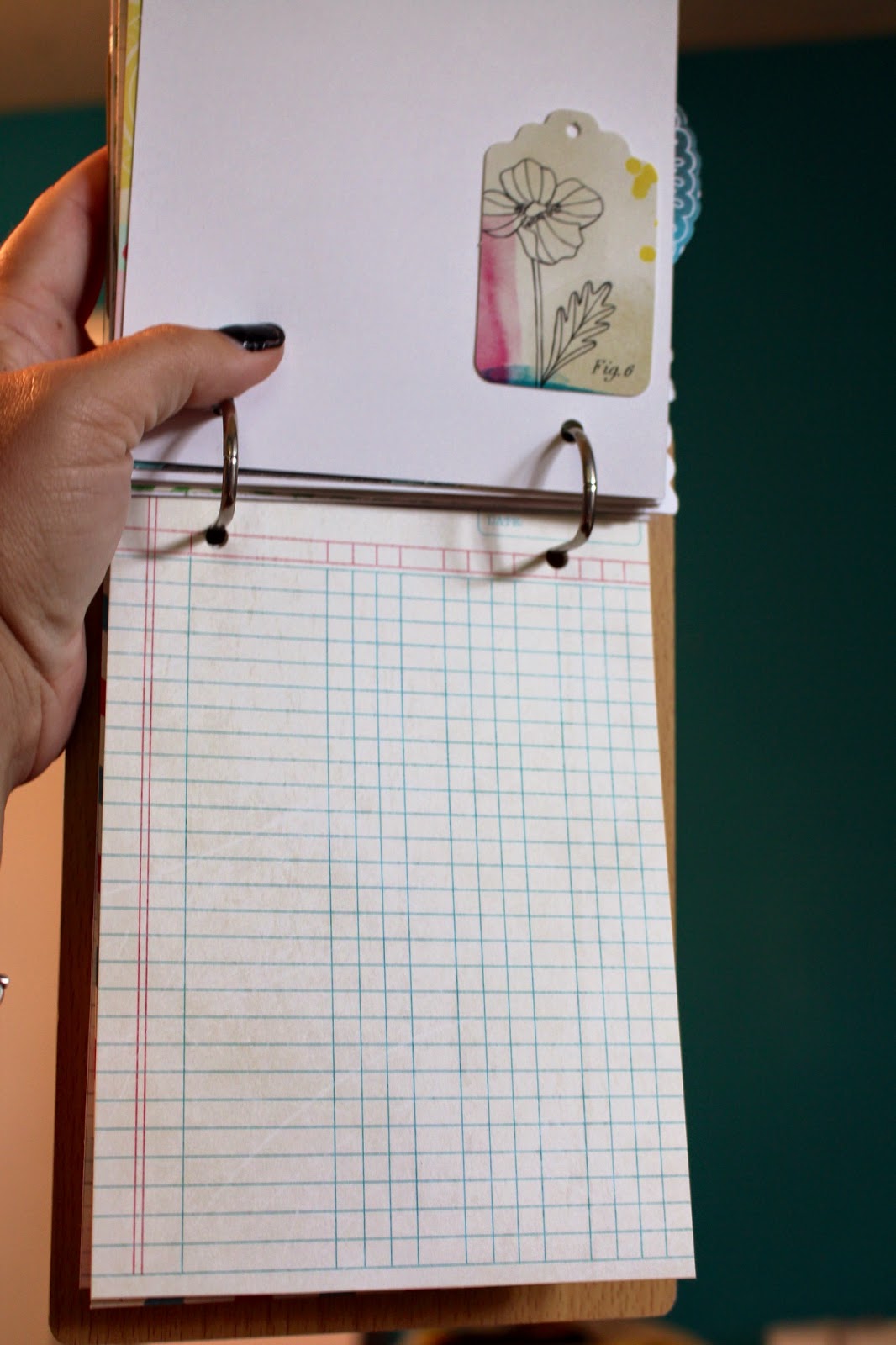 There's also an envelope that came with the album that I could use to include a particularly sensitive story if I wished. It would also be a good place to include any memorabilia that I decide to include. 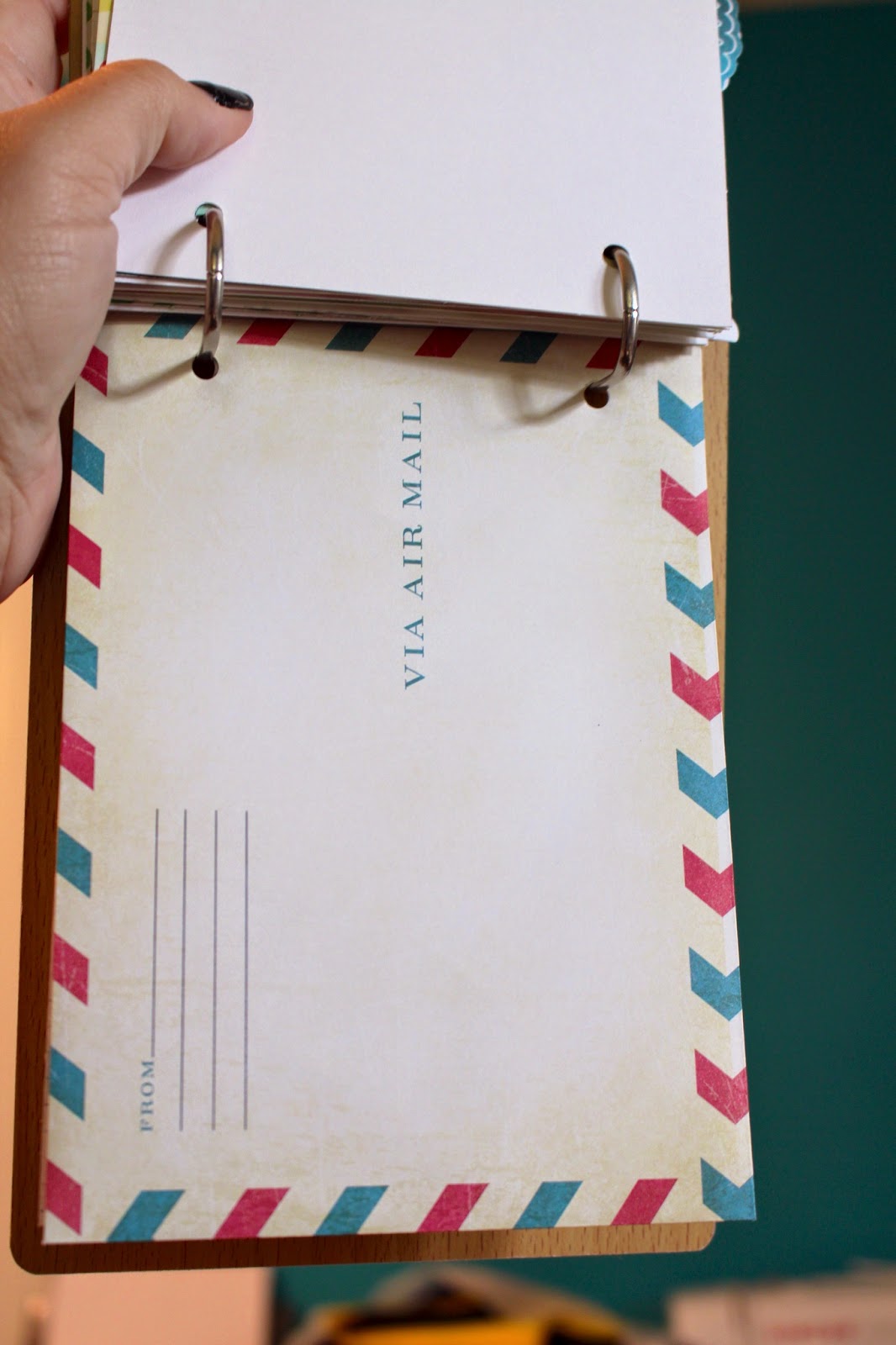 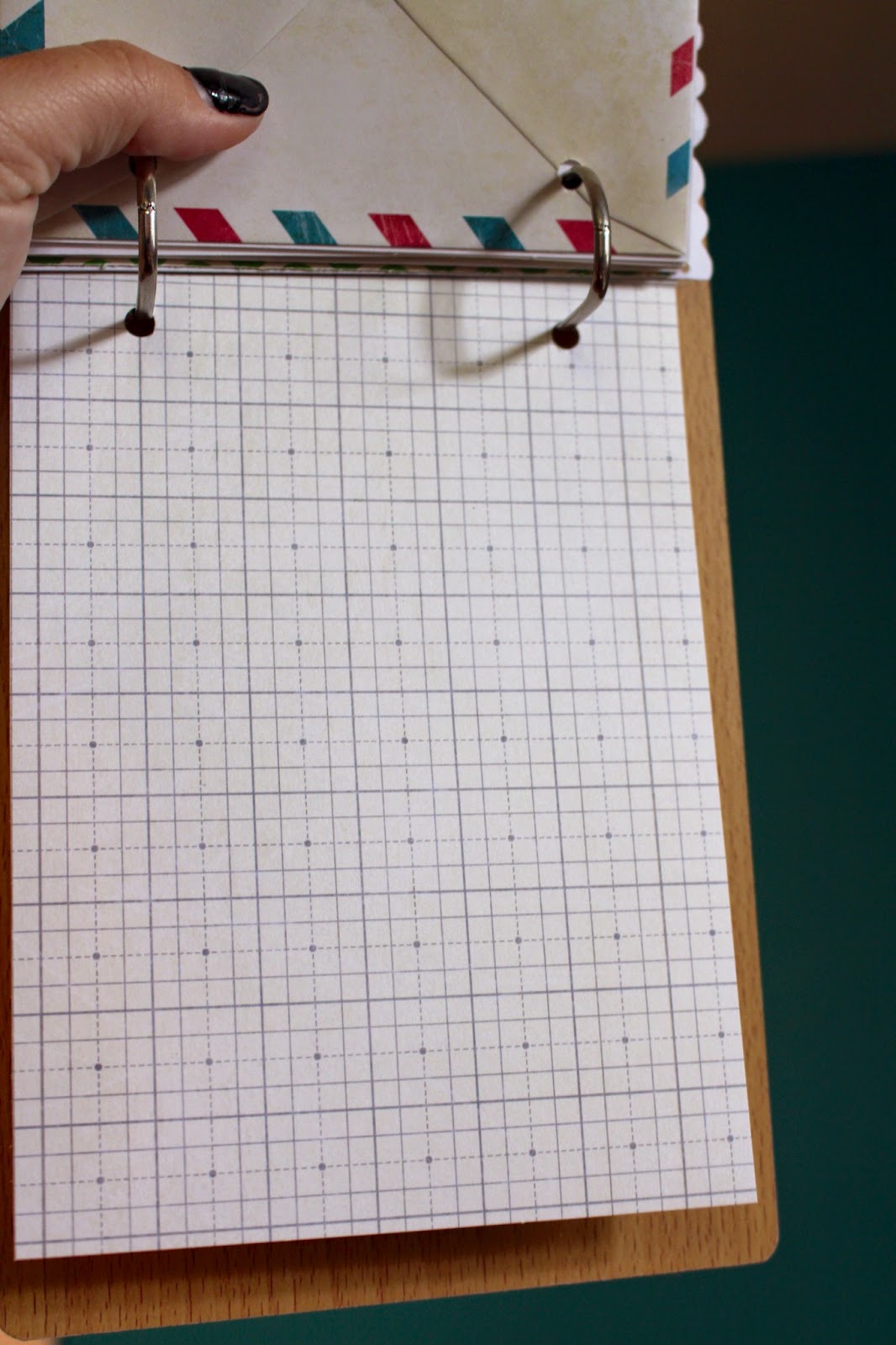 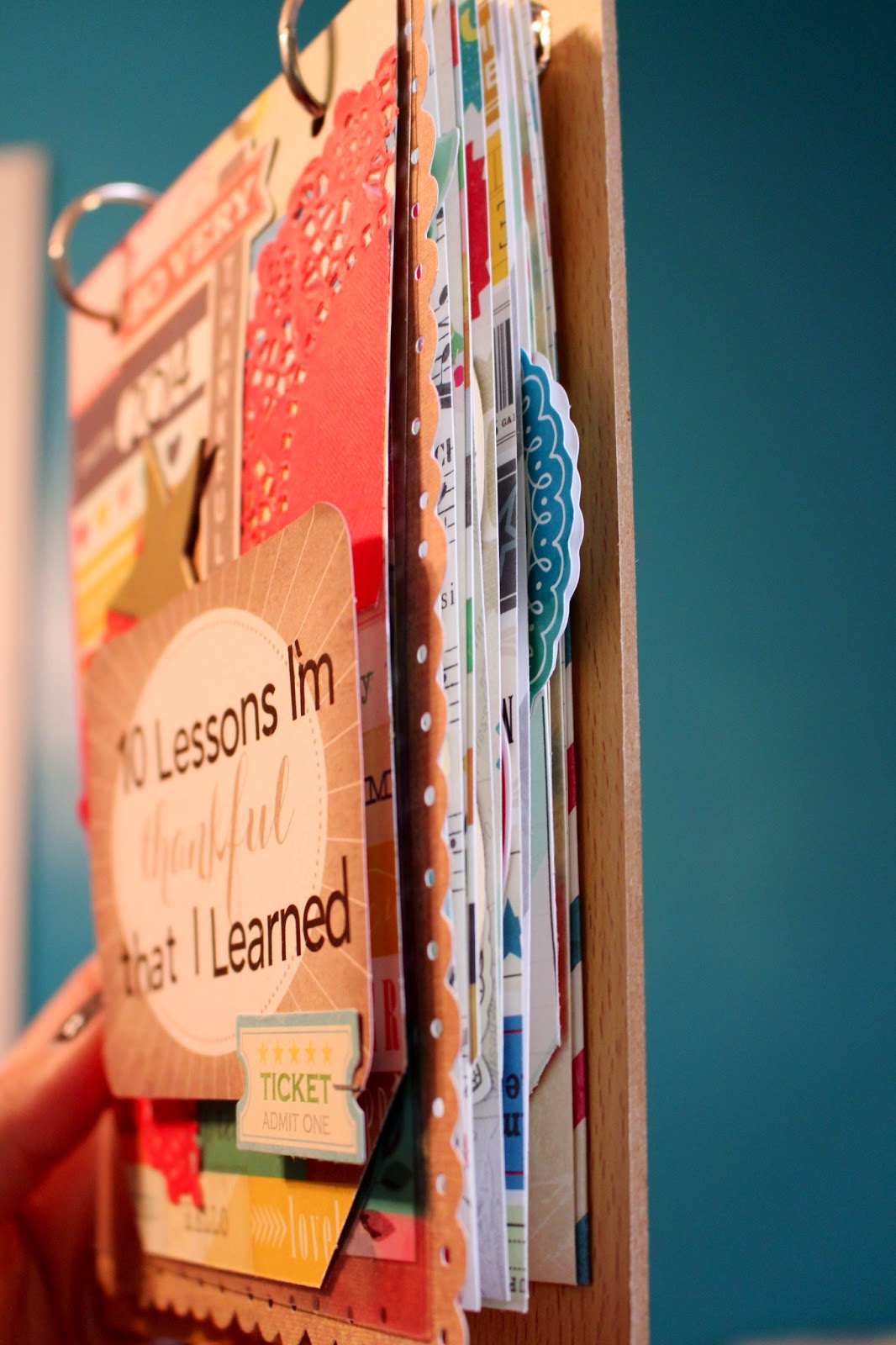 Right now, the album isn't very thick. Once I add the journaling and pictures, I'll probably add more embellishments which may impact the thickness of it. I only have 1 or 2 items that are handing over the sides right now, and I'd like to include more of those before I'm finished.

The patterns and colors and textures of this album really do make me happy. I'll spend this week thinking about the 10 specific lessons I want to document in my album and which stories I want to include to reference them.

Stay tuned: I plan on sharing the finished project before the end of the month. I hope you're inspired to scrapbook something about your gratitude this month.
Posted by Tiffany Lowder at 12:00 AM