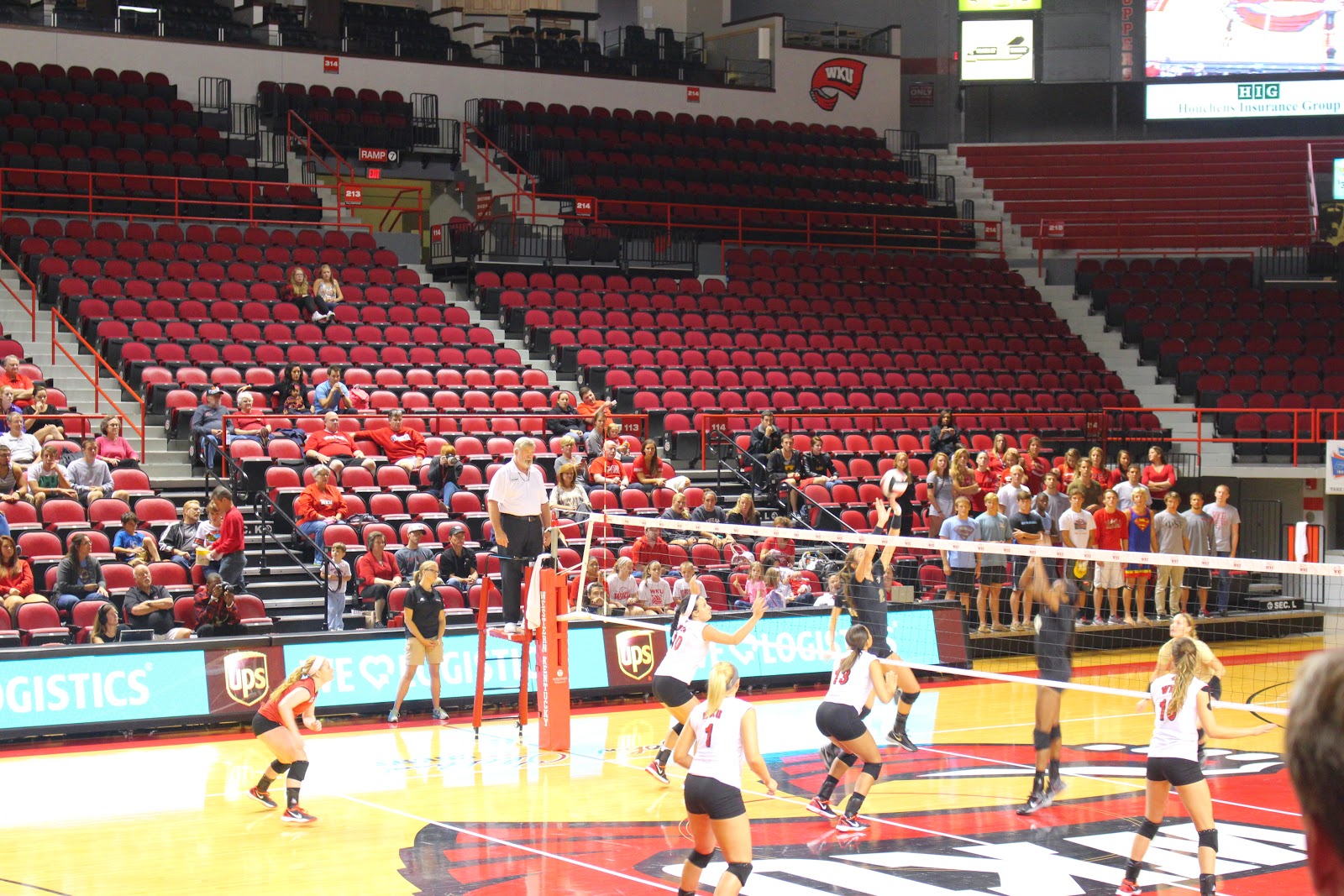 I attended my first ever volleyball game at WKU on Friday night. I'd never seen a court volleyball game before and had only seen bits and pieces of beach volleyball when the Olympics were on tv. Western played 8th ranked Purdue and won the game 3-2. Yeah, I loved it and will go again for sure. 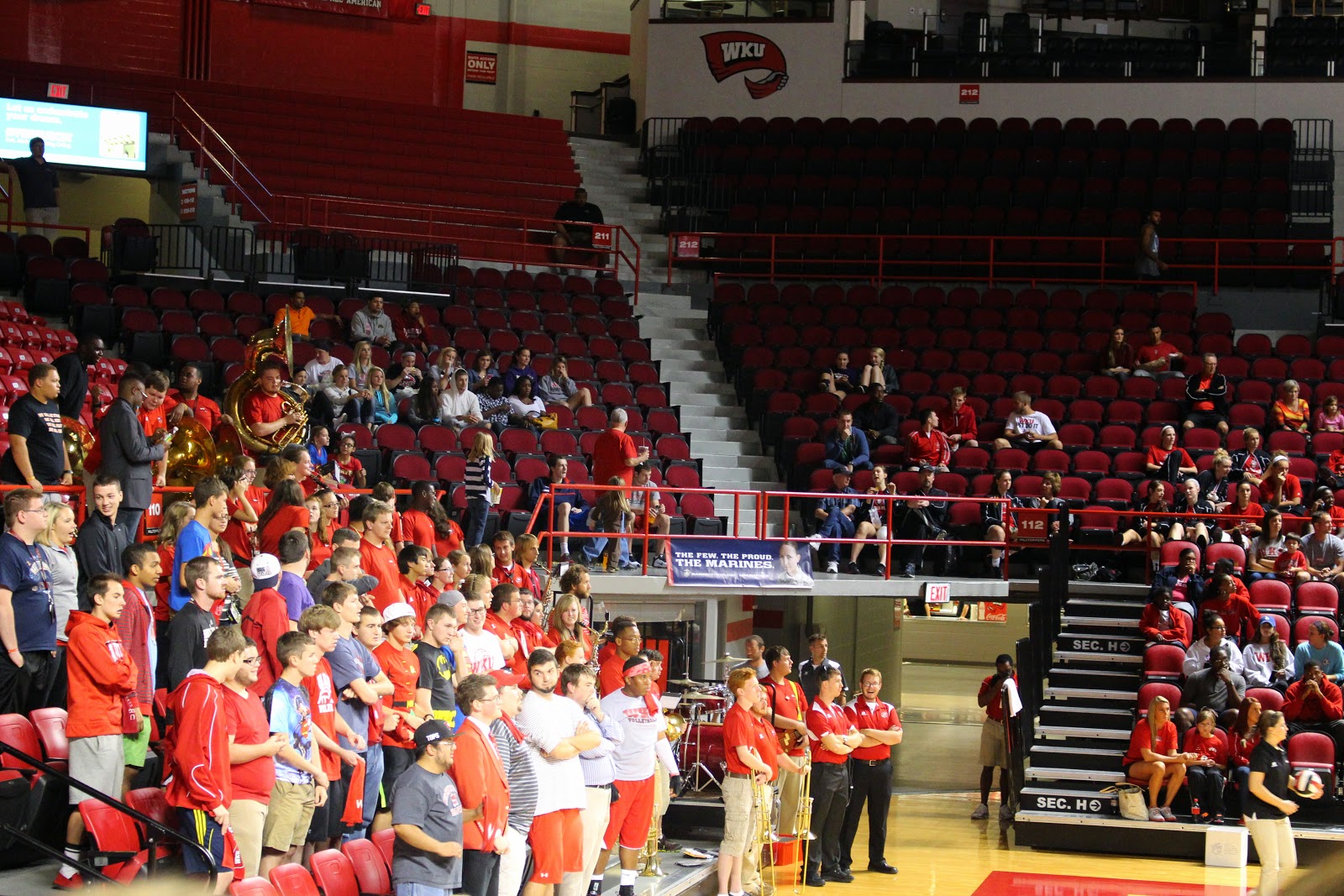 There was a rather rowdy student section at one end of the court closest to us and a section of the band was there to play and serve as spirit leaders. 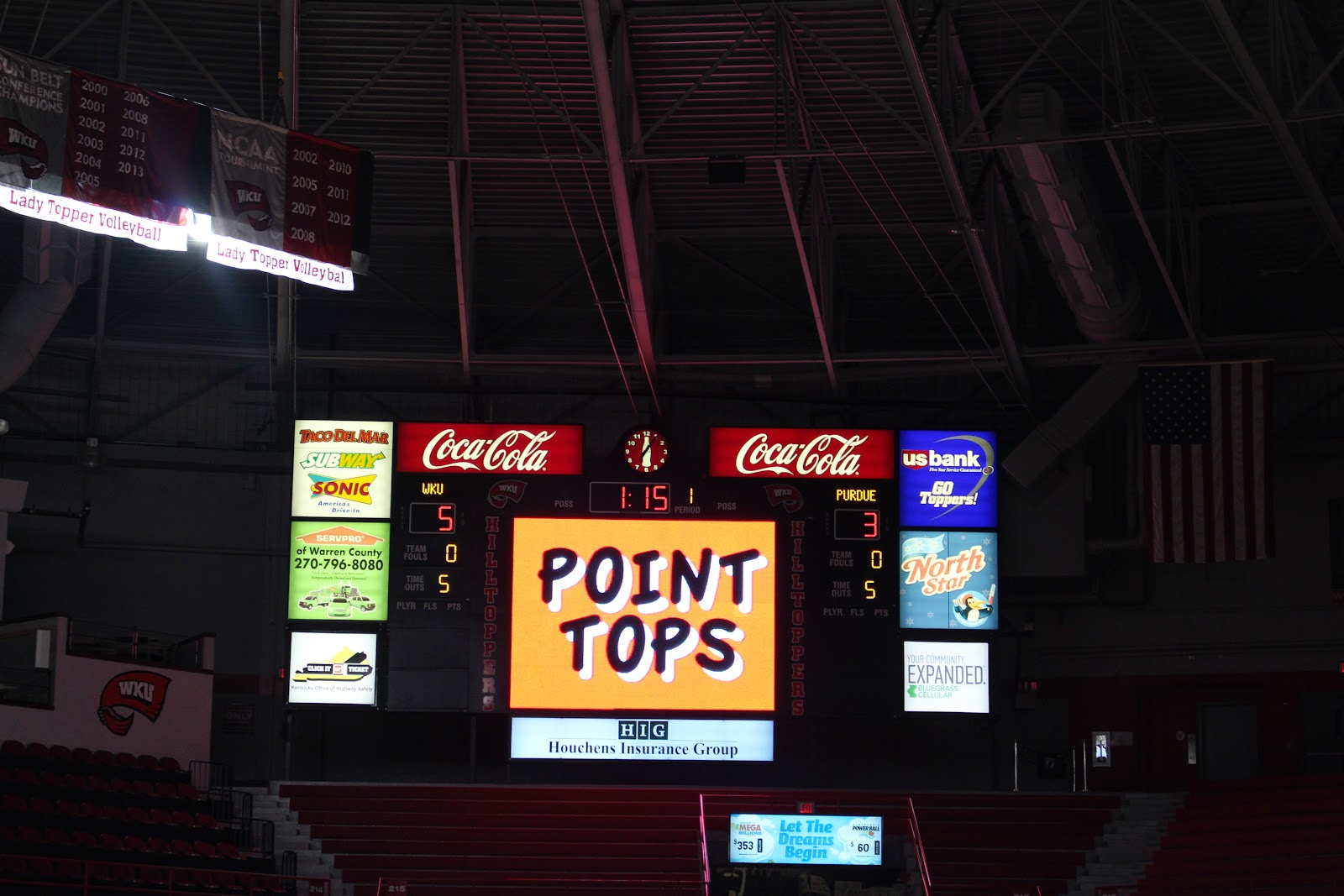 They posted messages on the huge scoreboard and even showed commercials for other WKU sports when there was down time for timeouts and stuff. 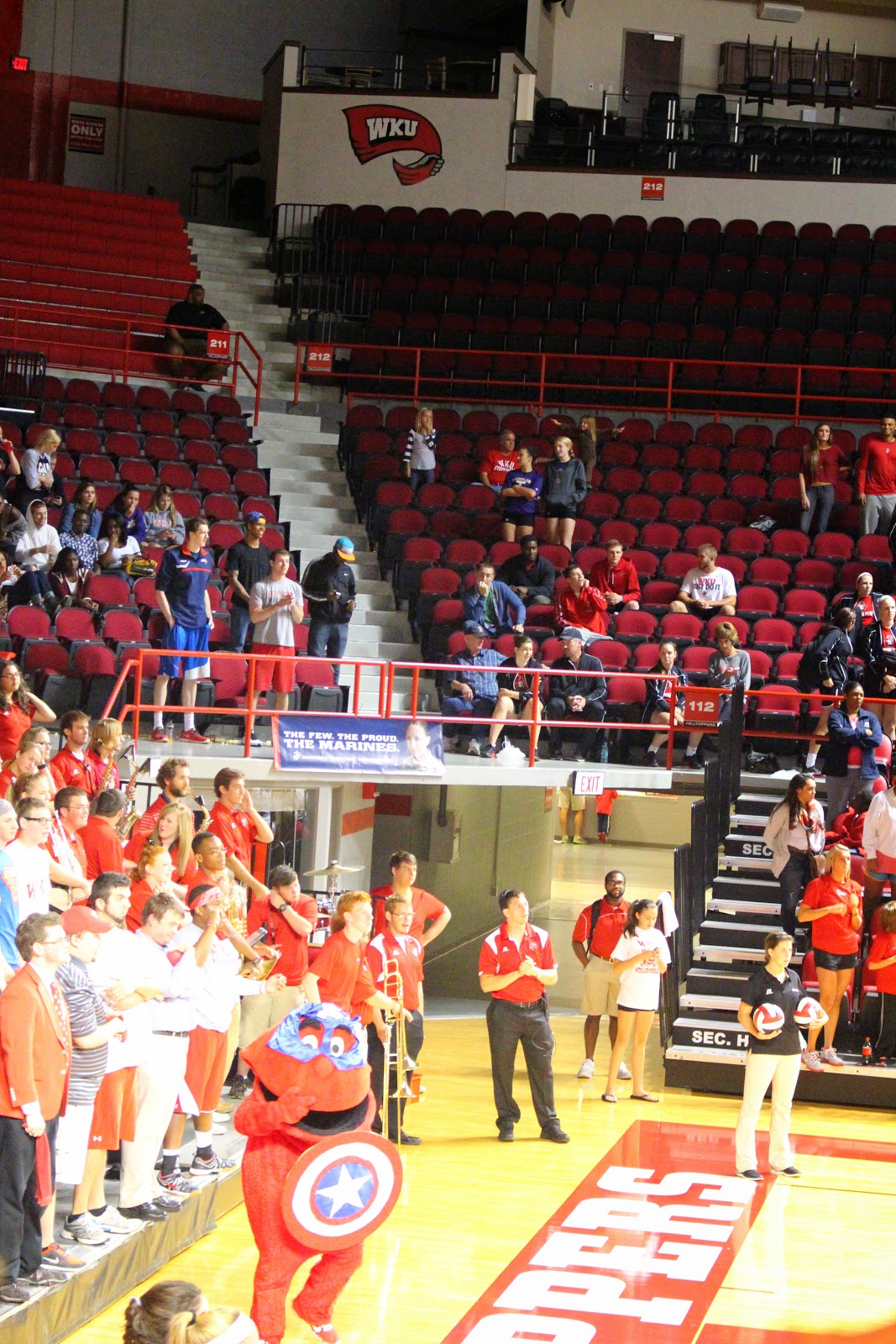 It was a superhero game; if you wore a costume, you got into the game for free. Check out the mascot, Big Red, dressed as a superhero. 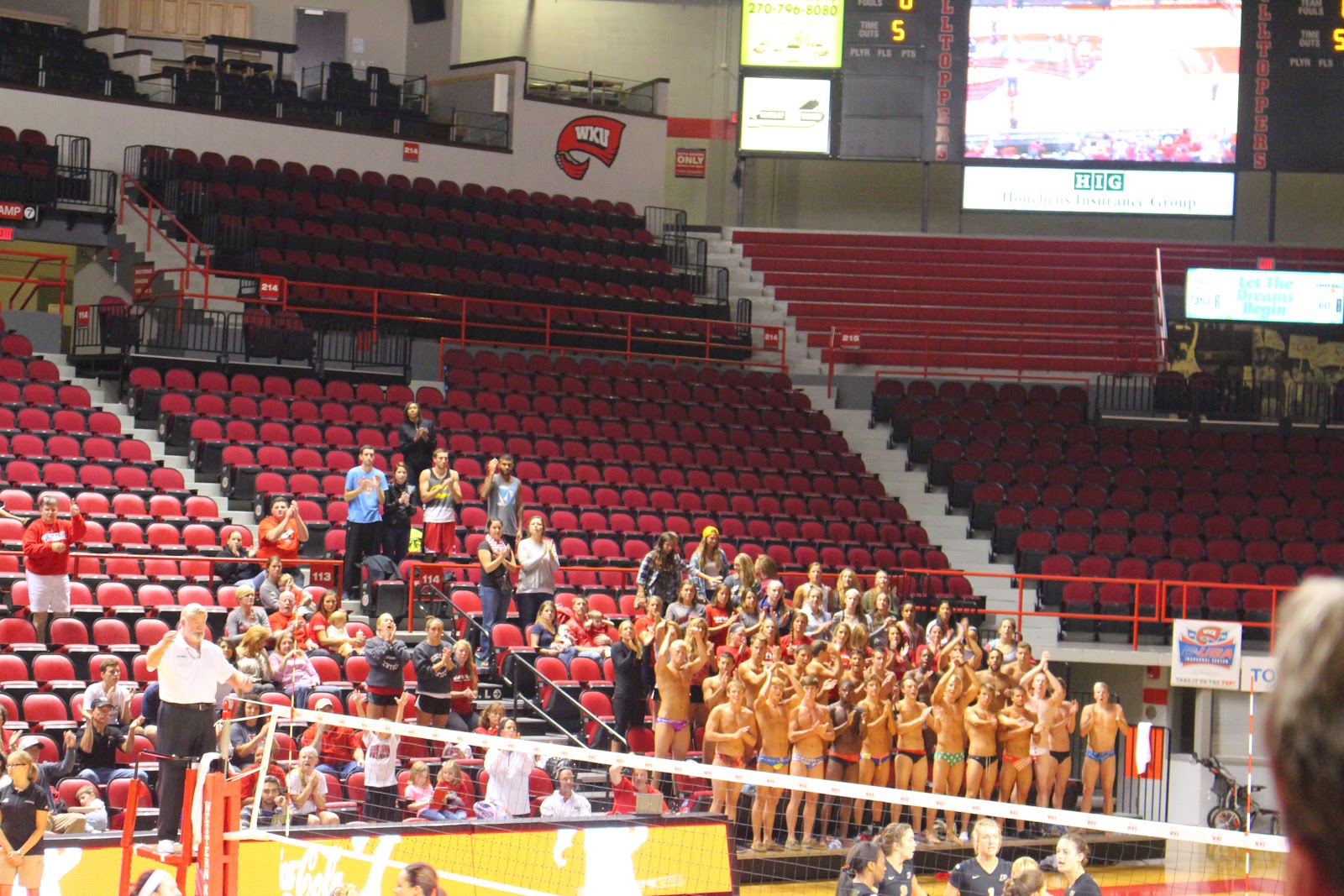 One of the school traditions is that the men's swim team comes to the home games after they finish swim practice for the evening. At some prearranged time, they strip down to their speedos down on the opposition's end of the court and heckle those players. It was priceless! I loved it. ;) 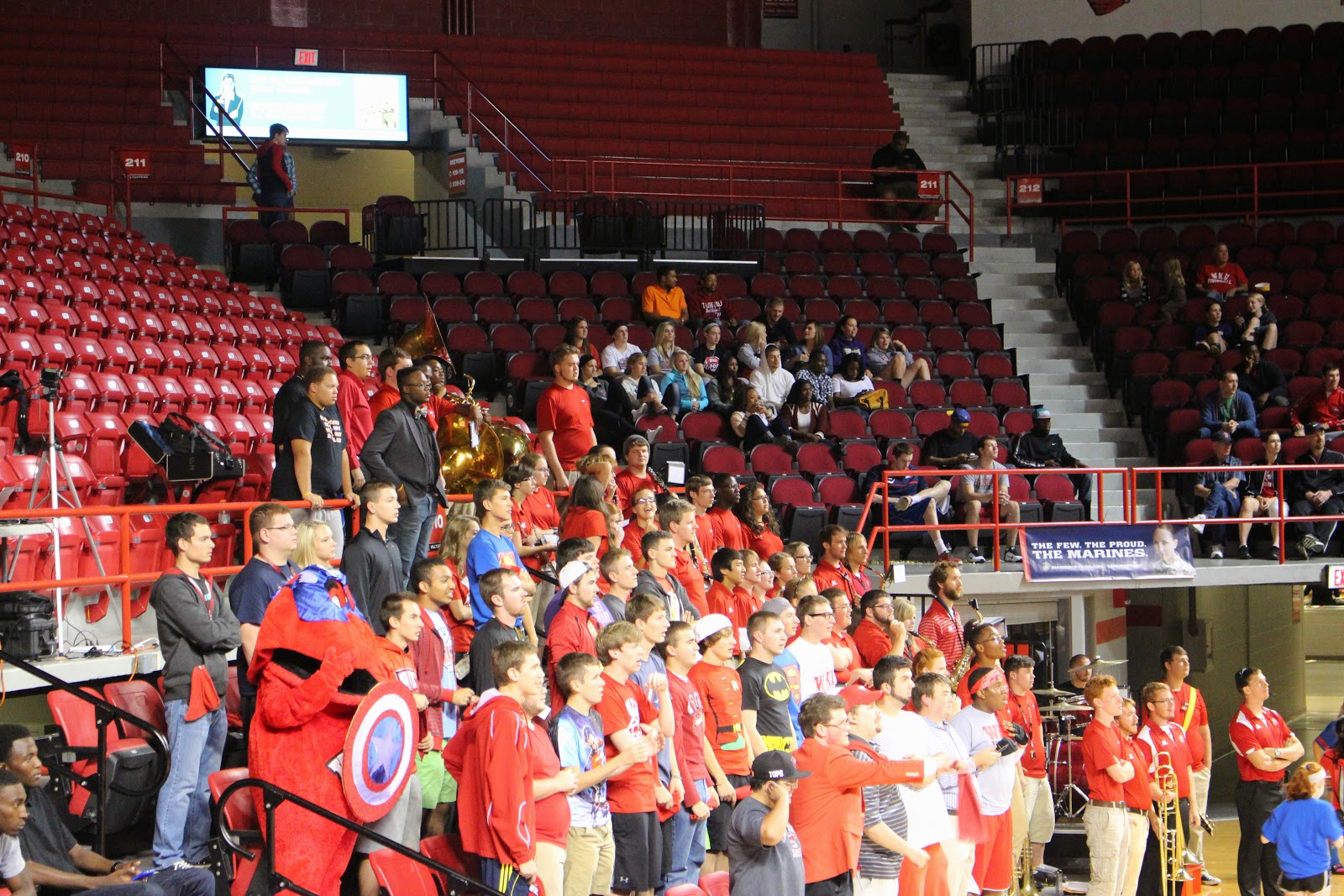 The student section made the game lots of fun. We cheered. We sang. We danced a little in our seats. And we screamed for the home team. 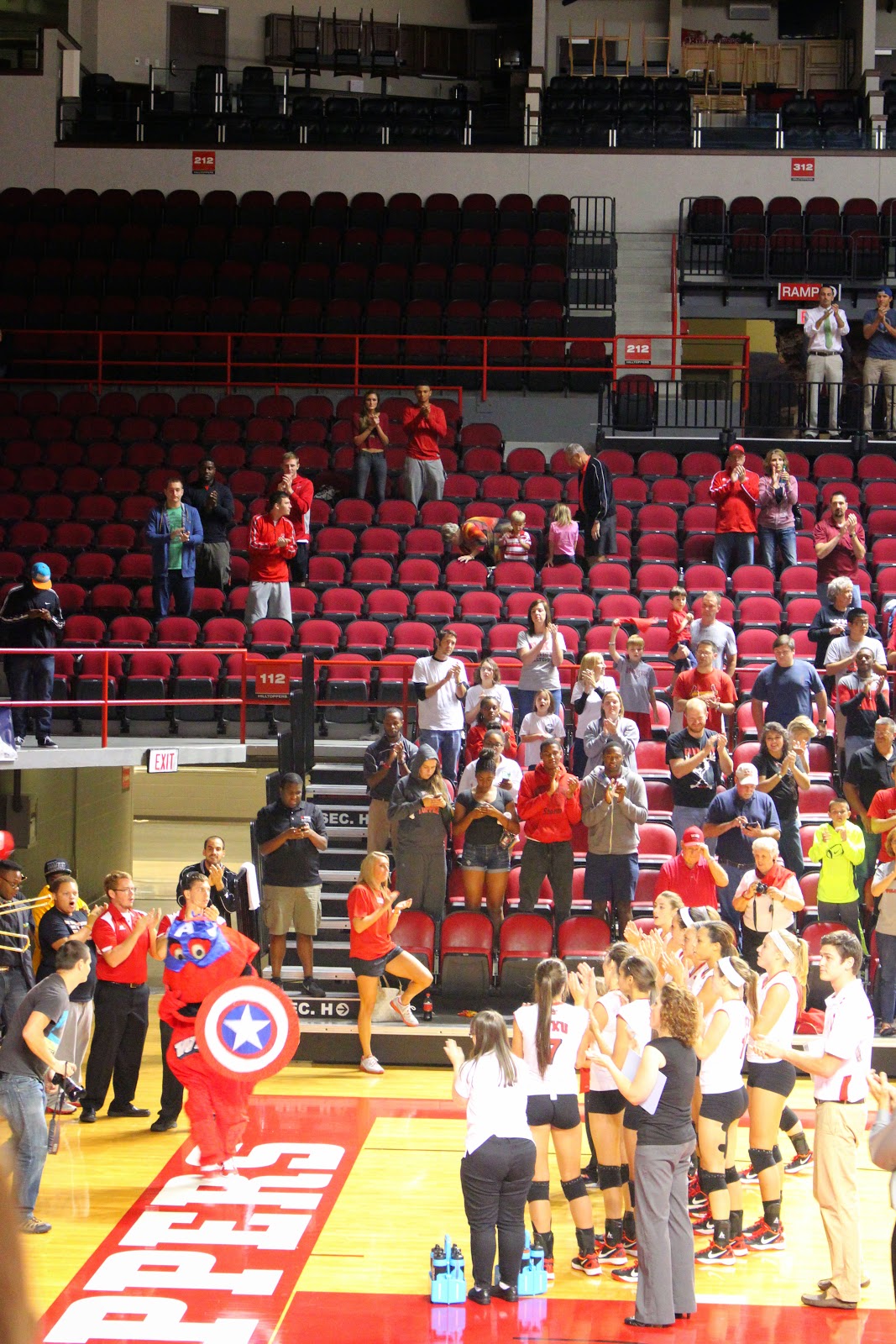 The fella has been a volleyball fan for a long time, but I'm a newbie and am just now learning the rules. (Check out the fella's mad selfie skillz...) 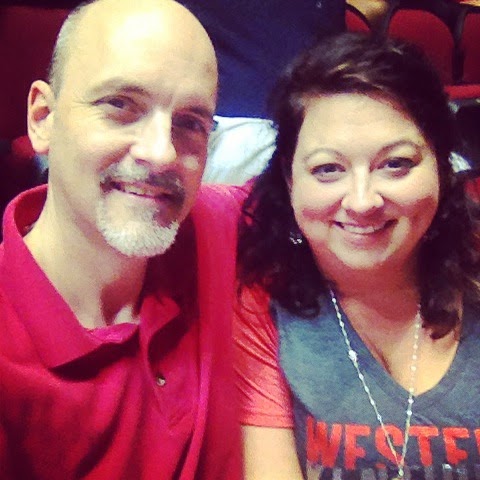