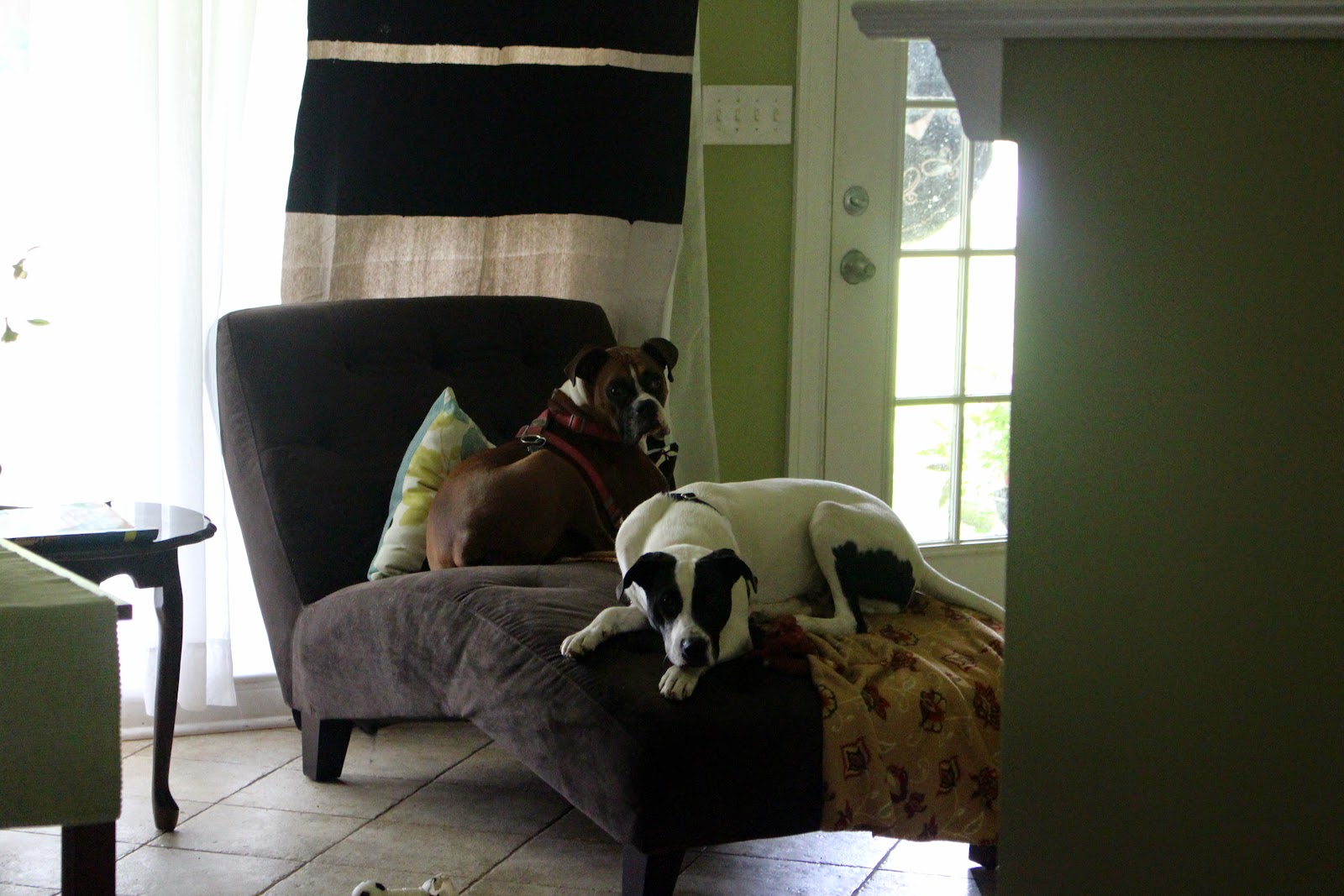 This past week, my granddogs Ollie and Frankie have been hanging out at my house pretty frequently. I decided to capture a few pics of them so y'all would get to know them a little better. 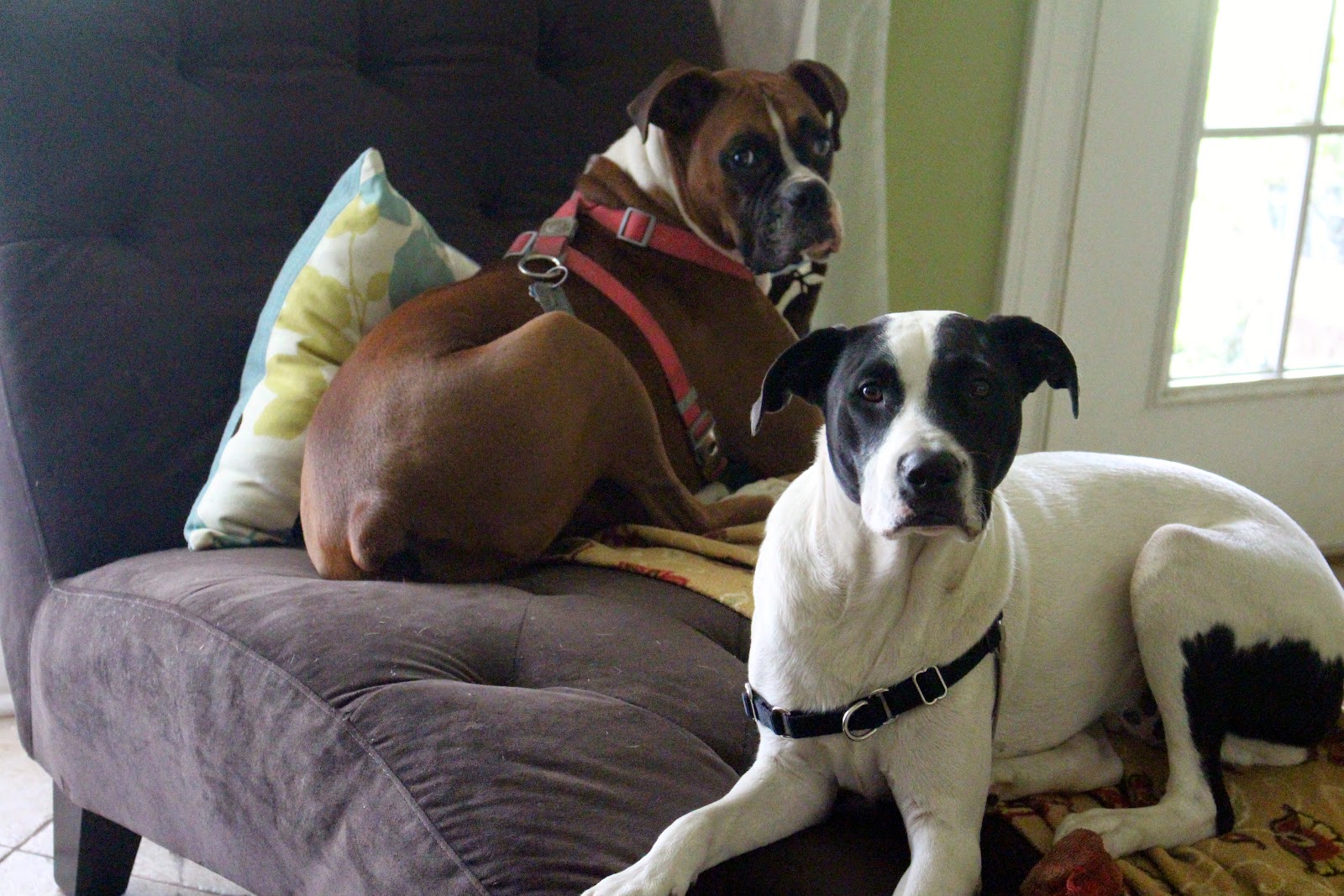 Frankie is the white boxer and pitbull mix who is about a year old. He's so busy that it's hard to get a decent picture of him. He's loveable, but not cuddly at this point. One of these days, I expect him to calm down and be more likely to snuggle. For now, I just have to keep him out of trouble as much as possible. (He's probably the one who ate my couch a few weeks ago, you know. I'm really trying not to hold that against him.) 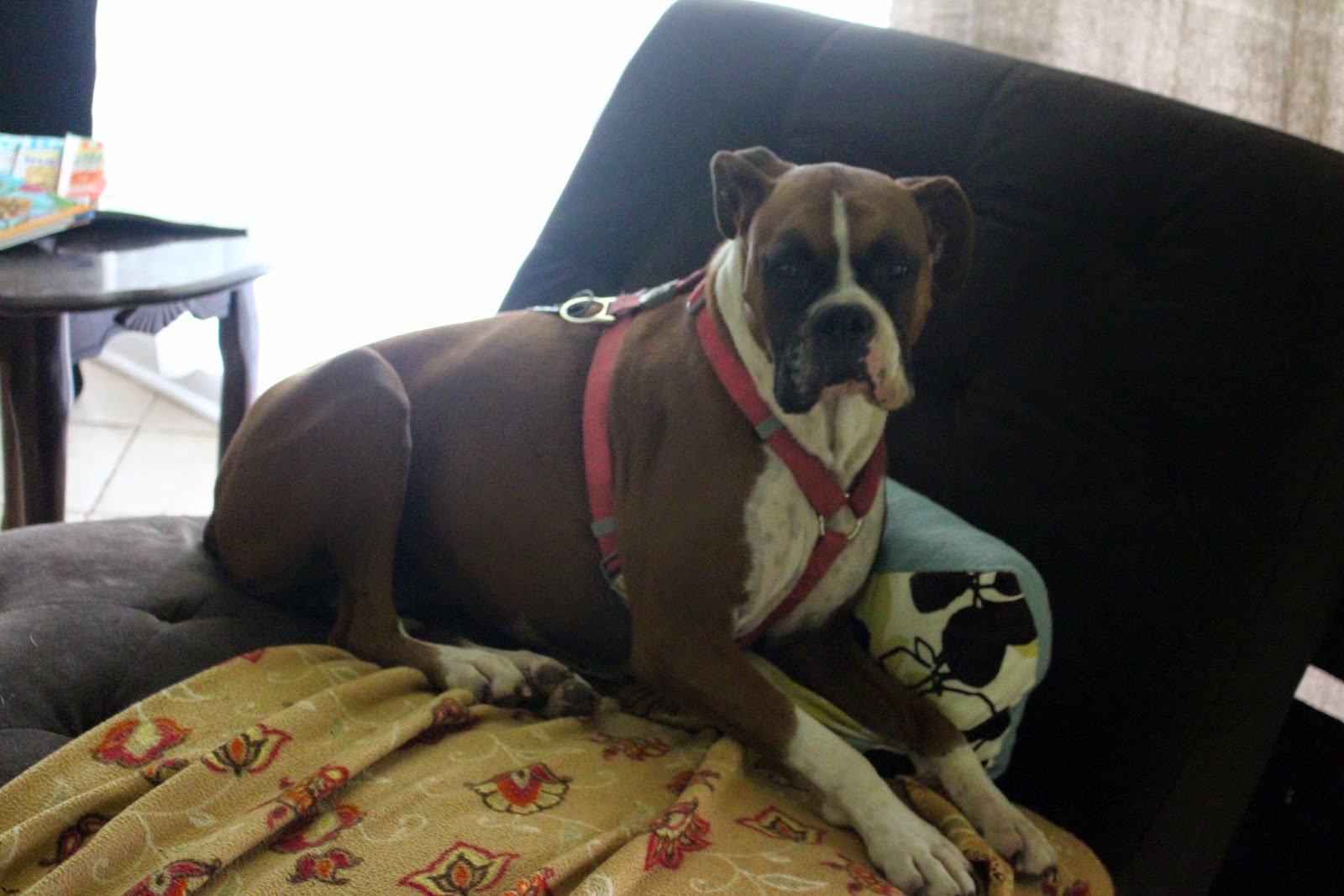 Ollie is the red full-blooded boxer and is definitely the one closest to me, her nana. She is about 4 years old now and has definitely wormed her way into my heart. While she was a terror as a pup, she has calmed down quite a bit and is a fantastic cuddler. Ollie loves to hang out at her nana's house, especially since I leave dog food out as a buffet. (At her house, they only eat at appointed times.) 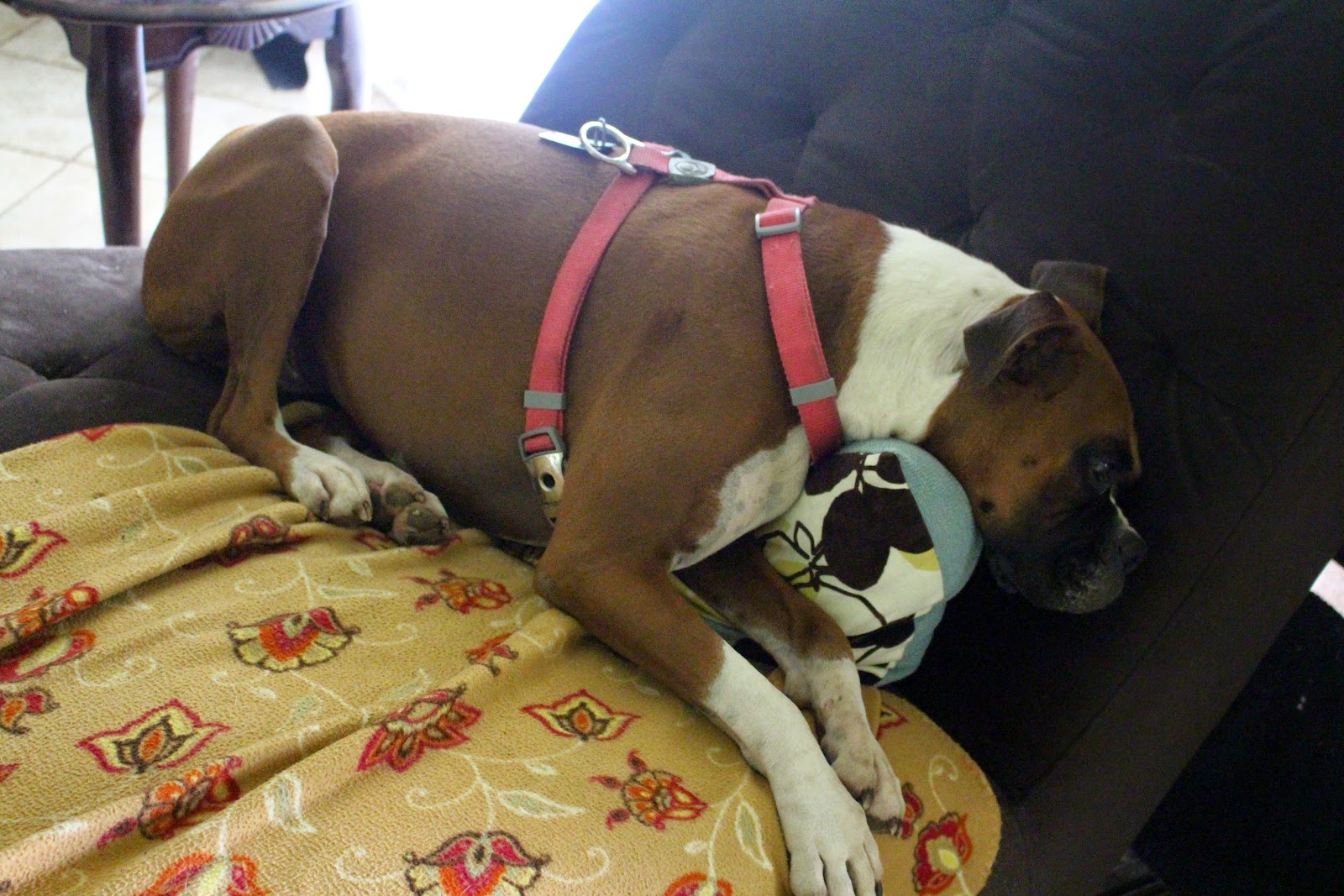 Being a pup is apparently a hard life...it's time for a nap now...

Email ThisBlogThis!Share to TwitterShare to FacebookShare to Pinterest
Labels: Home and yard, Pets