An evening with the concert band

One of the things I like best about my fella is that he loves to go out and do things. While we often spend our time during the week on quiet nights at home watching tv and cooking dinner, we spend at least as much time going places and doing things. He's also great at coming up with ideas for plans that I've never done before or places I've never visited.

Thursday night last week, he had the great idea to go to Western Kentucky University and listen to the concert band's performance. It's a community concert band that includes both college students, younger students, Western faculty, and other adults from our city. The theme that night was patriotic music in light of the upcoming 4th of July holiday and was the last performance of the season. How crazy that they've been performing for 20 years and this past week was my first experience seeing/hearing them!

After stopping at Jimmy John's for a sandwich, chips, and drink combo, we went to WKU and walked to the ampitheater built outside of the fine arts center on campus. There wasn't a very large crowd overall, but there were several middle school age kids there who are attending programs on campus. That really made the crowd seem larger than it actually was. The fella and I were some of the youngest grownups there, but that's okay too. (I don't mind being the youngun' in the crowd.) 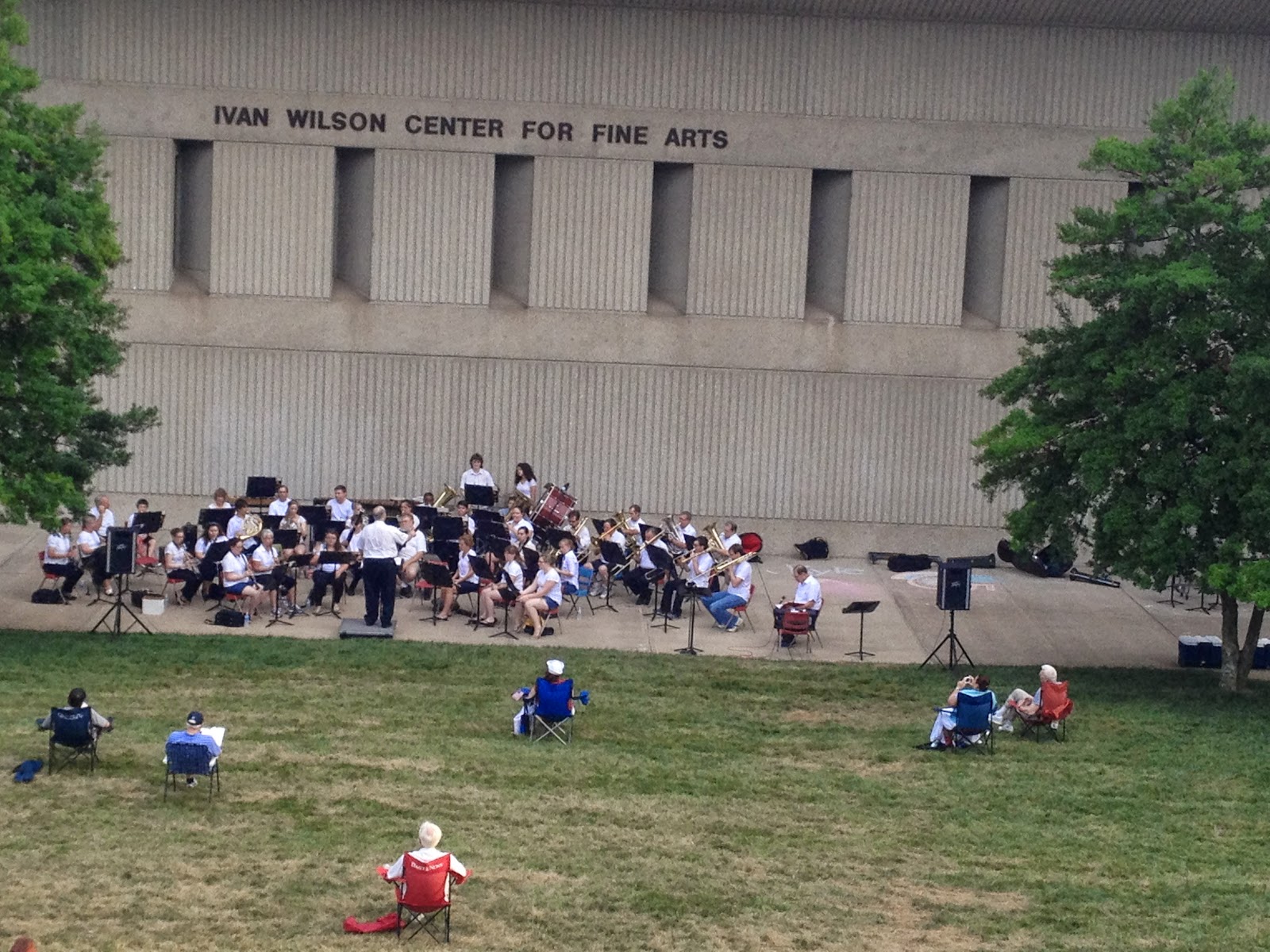 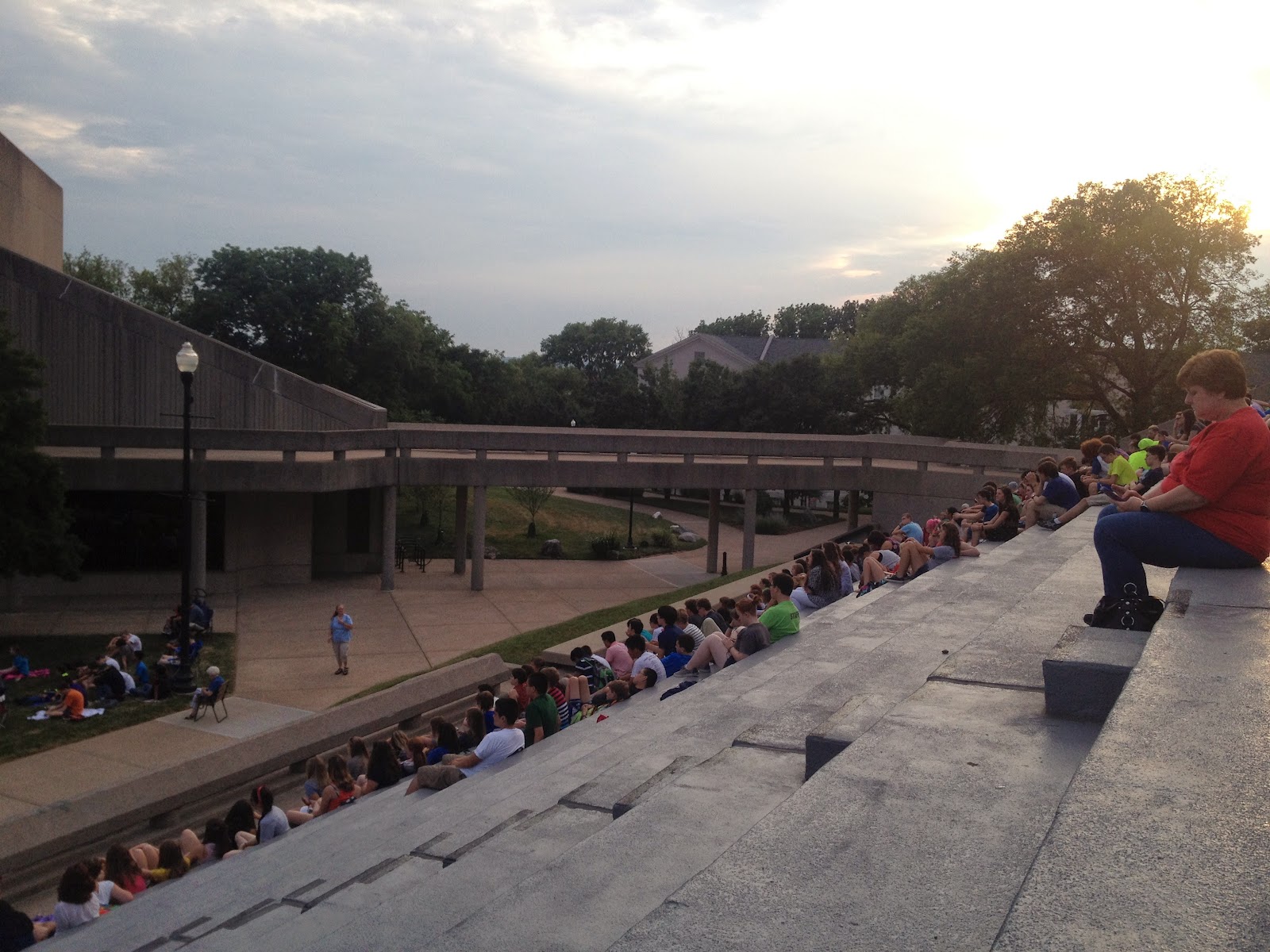 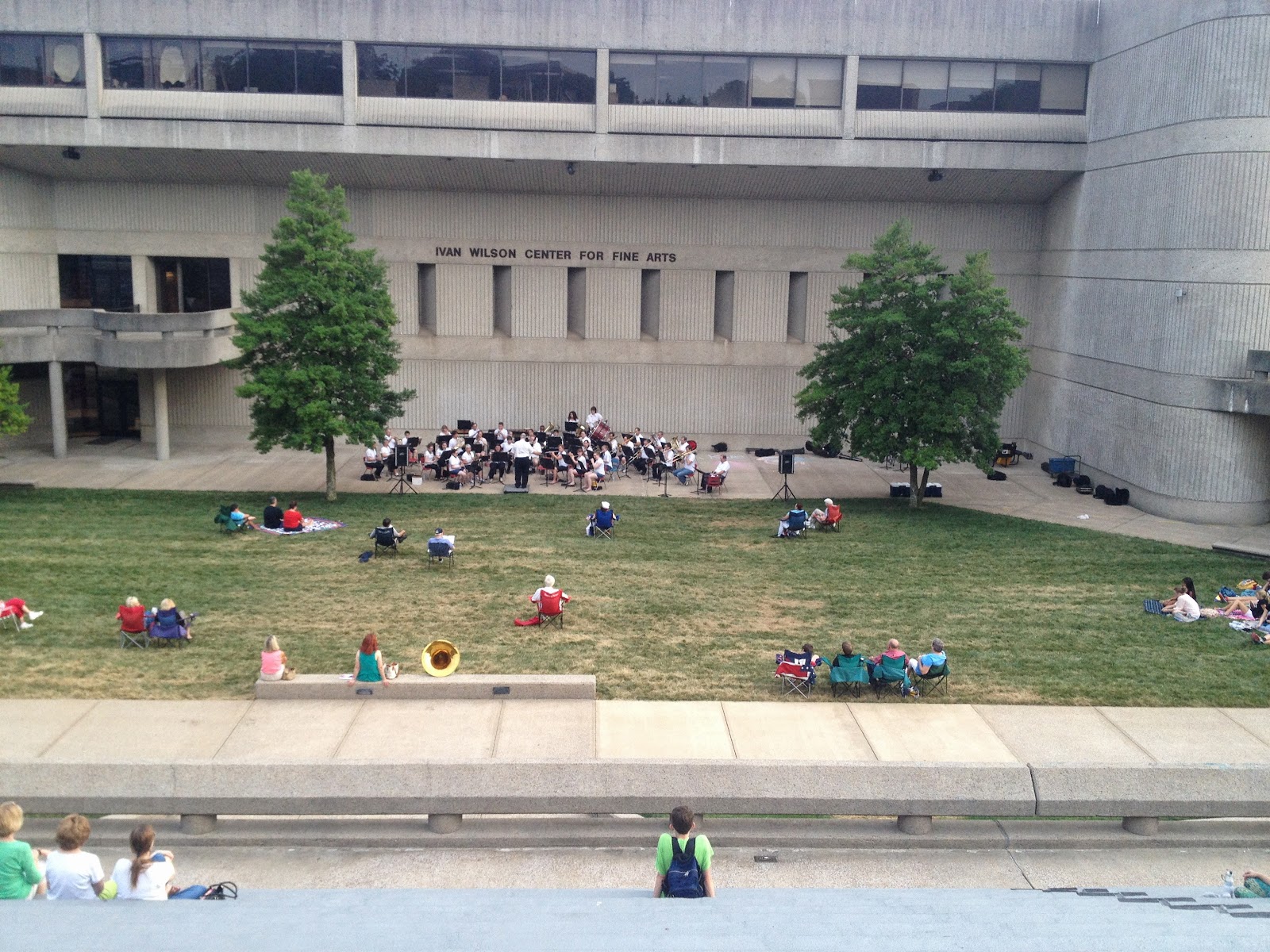 The weather was perfect - mid 70s and a light breeze. The music was lovely - a combination of patriotic hymns, concert band arrangements, and modern music modified for playing by a band. The company was great - the fella is always easy to be around, a calming influence on me and a challenge to my intellect. I couldn't have asked for a better evening. It was one that made me glad to be back in the USA. 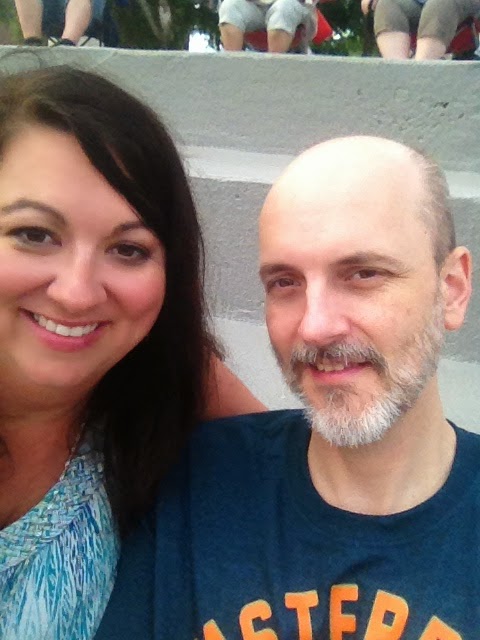 Email ThisBlogThis!Share to TwitterShare to FacebookShare to Pinterest
Labels: Friends and fella