Scrapbooking your faith - a layout

This week on the ScrapGals, Tracie and I discuss scrapbooking your faith. In light of that topic, I thought it appropriate to create a layout that tied in with that subject matter.

One of the things we discussed in the show was the set of values/morals by which you live your life and incorporating those into your scrapbooks. I mentioned that I often said to my daughter when she was growing up that "It doesn't cost anything to be kind." I thought that would make a great springboard for a layout.


I knew I was starting with the story & that I wanted to use an older pic of Kelsey to illustrate the story. I came across this group of pics from when she was about 11 & narrowed it down to the middle one where she was looking right at the camera and smiling. 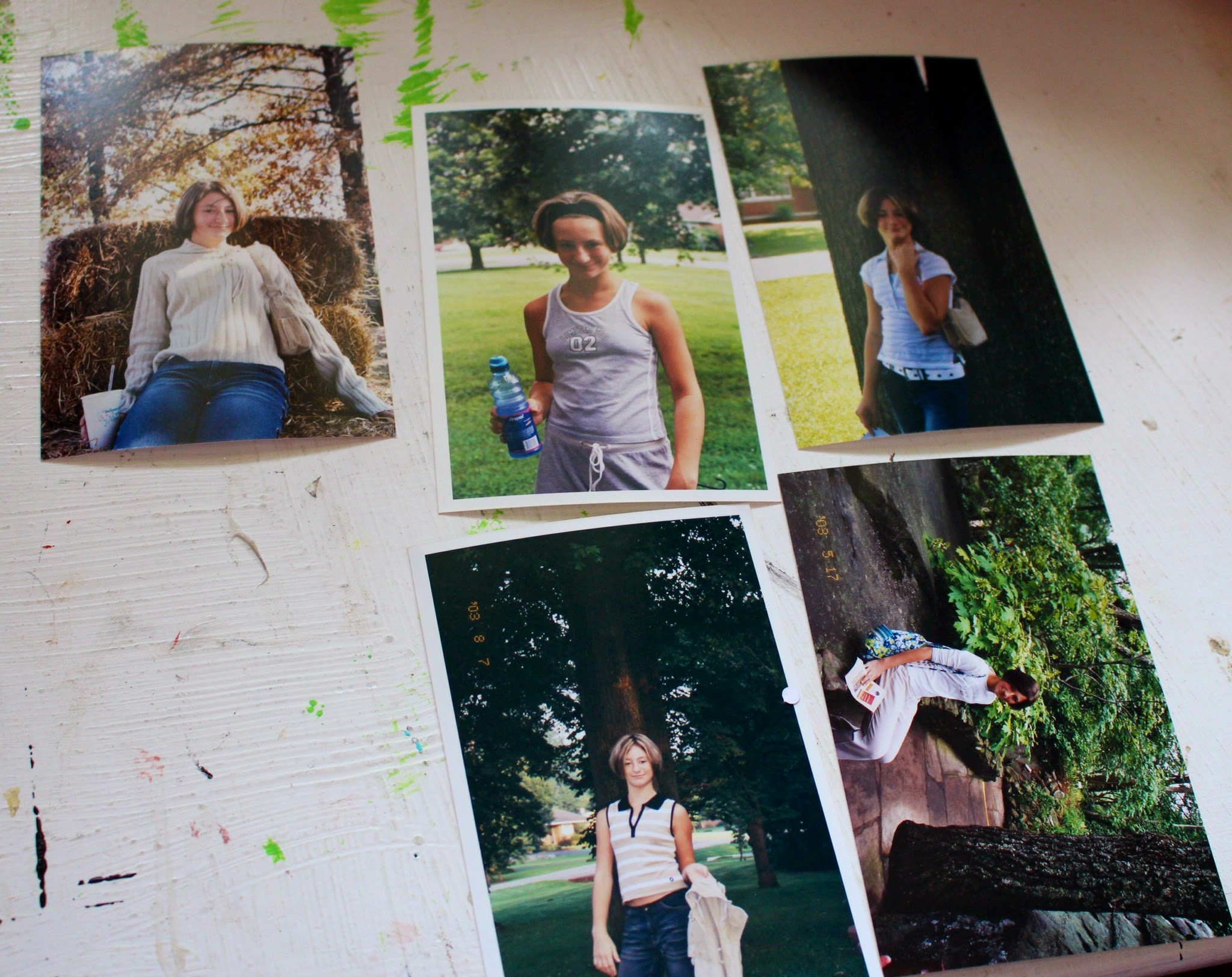 Next, I thought about the color scheme I wanted to use and pulled several older papers to consider. It always makes me feel good when I use something older from my stash. 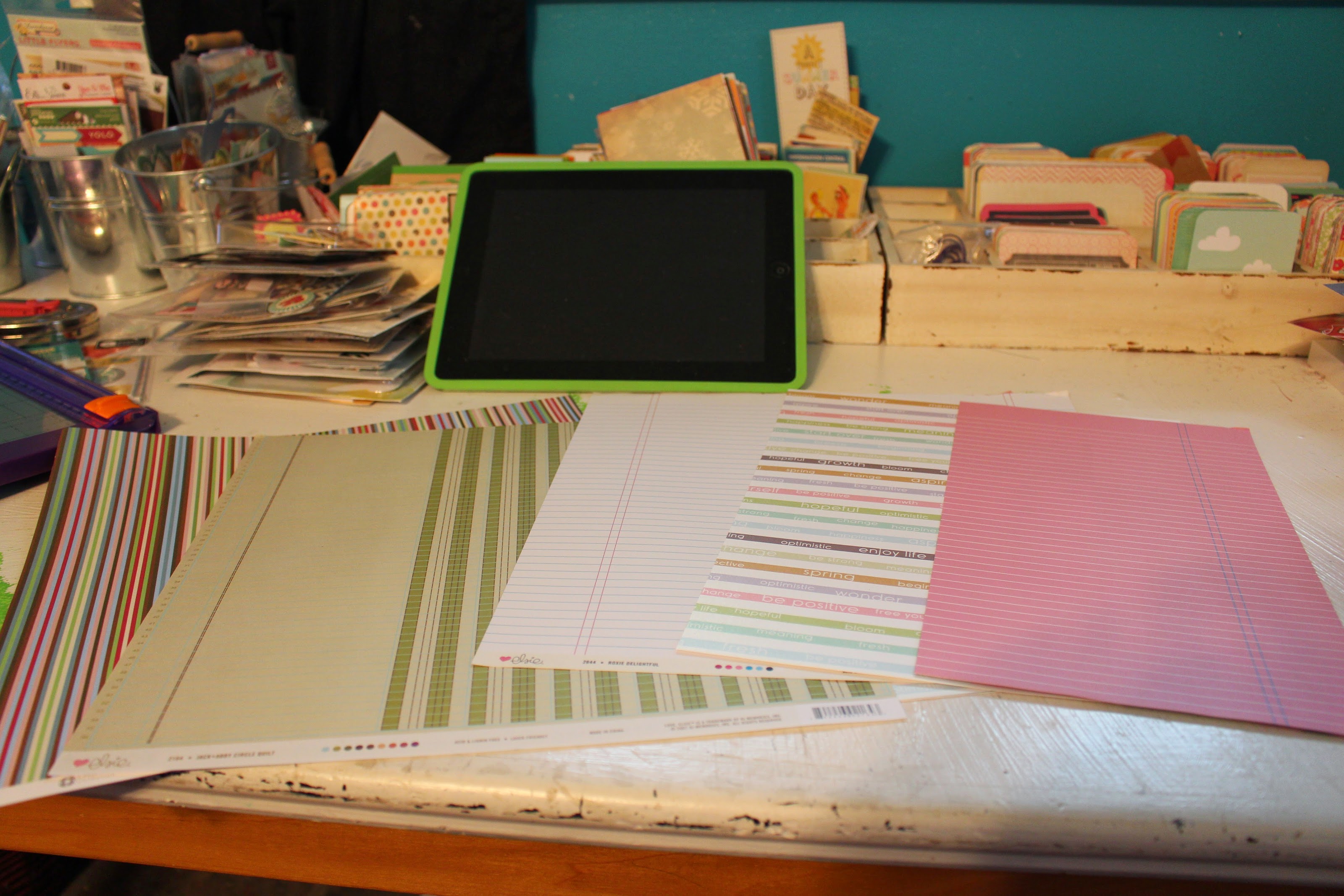 I started putting elements on the page and moving them around until I was happy with them. I'm usually a very linear thinker and scrapbooker, so my layouts often have crisp lines and a streamlined approach. At first, I considered lifting a layout by searching on my iPad, but I decided to go with my own design this time. I pulled out several diecut embellishment packs to use as I worked through the rest of my layout. To me, the embellishing is the really fun part. :) (This is all very organized; can't you tell? hahaha!) 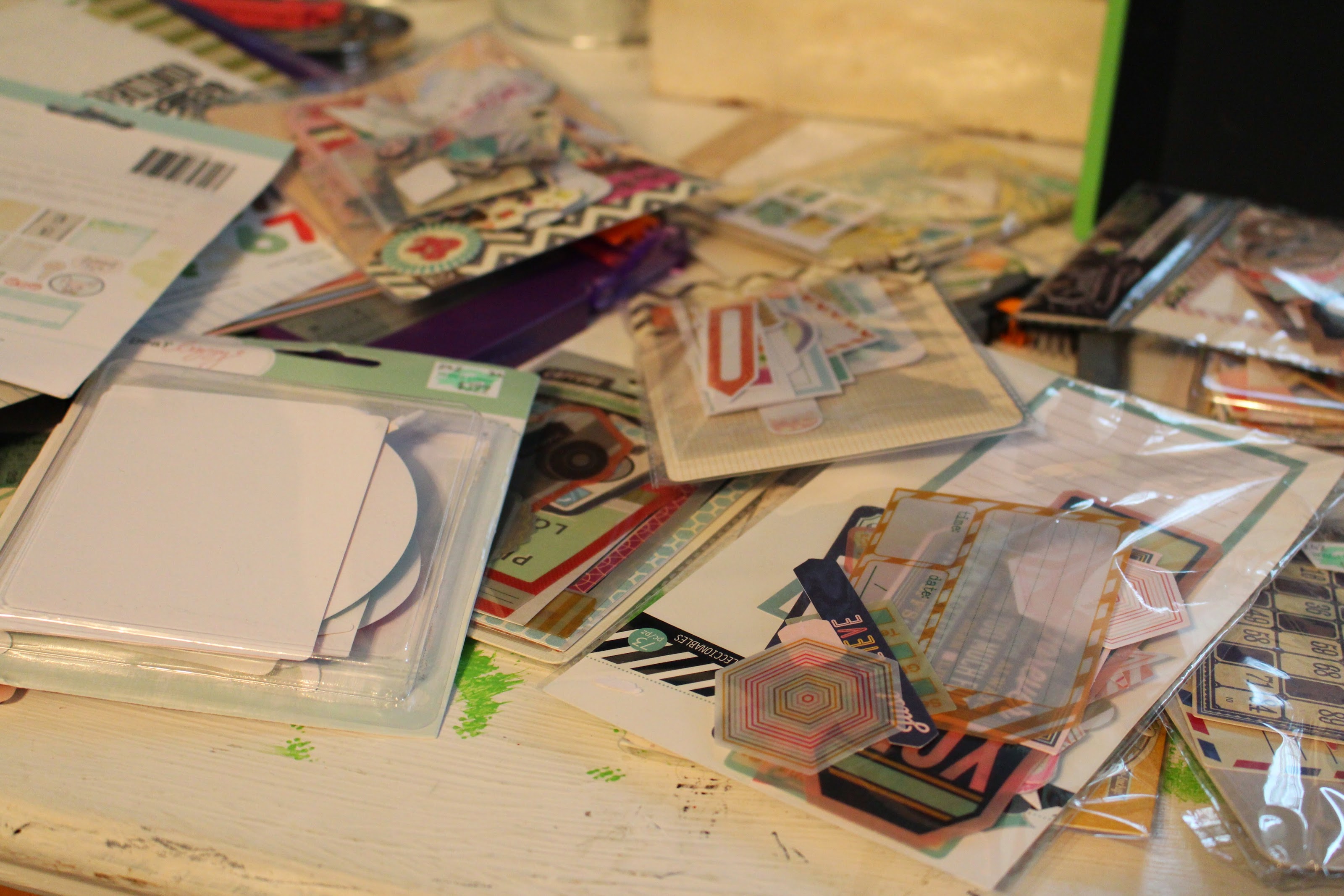 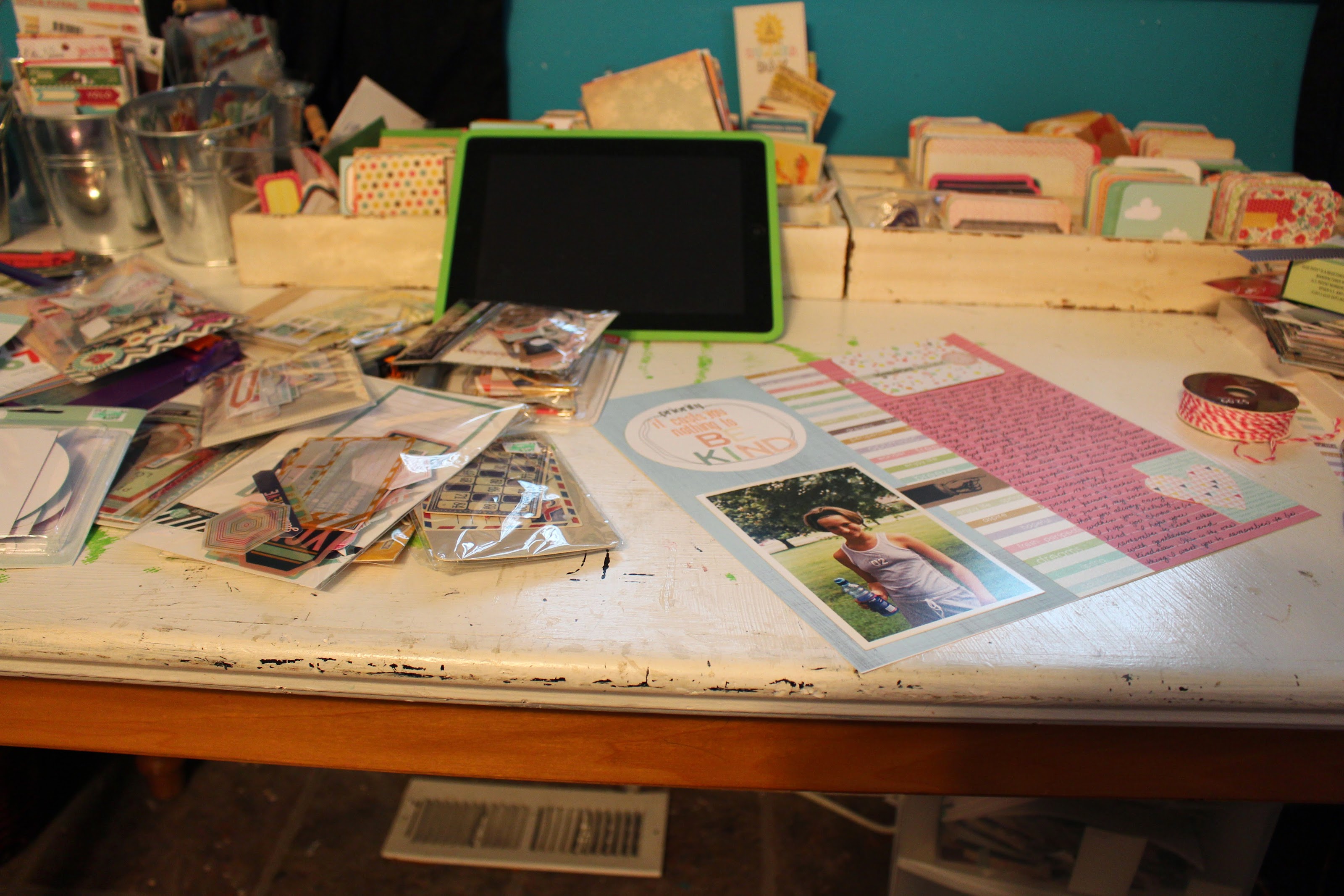 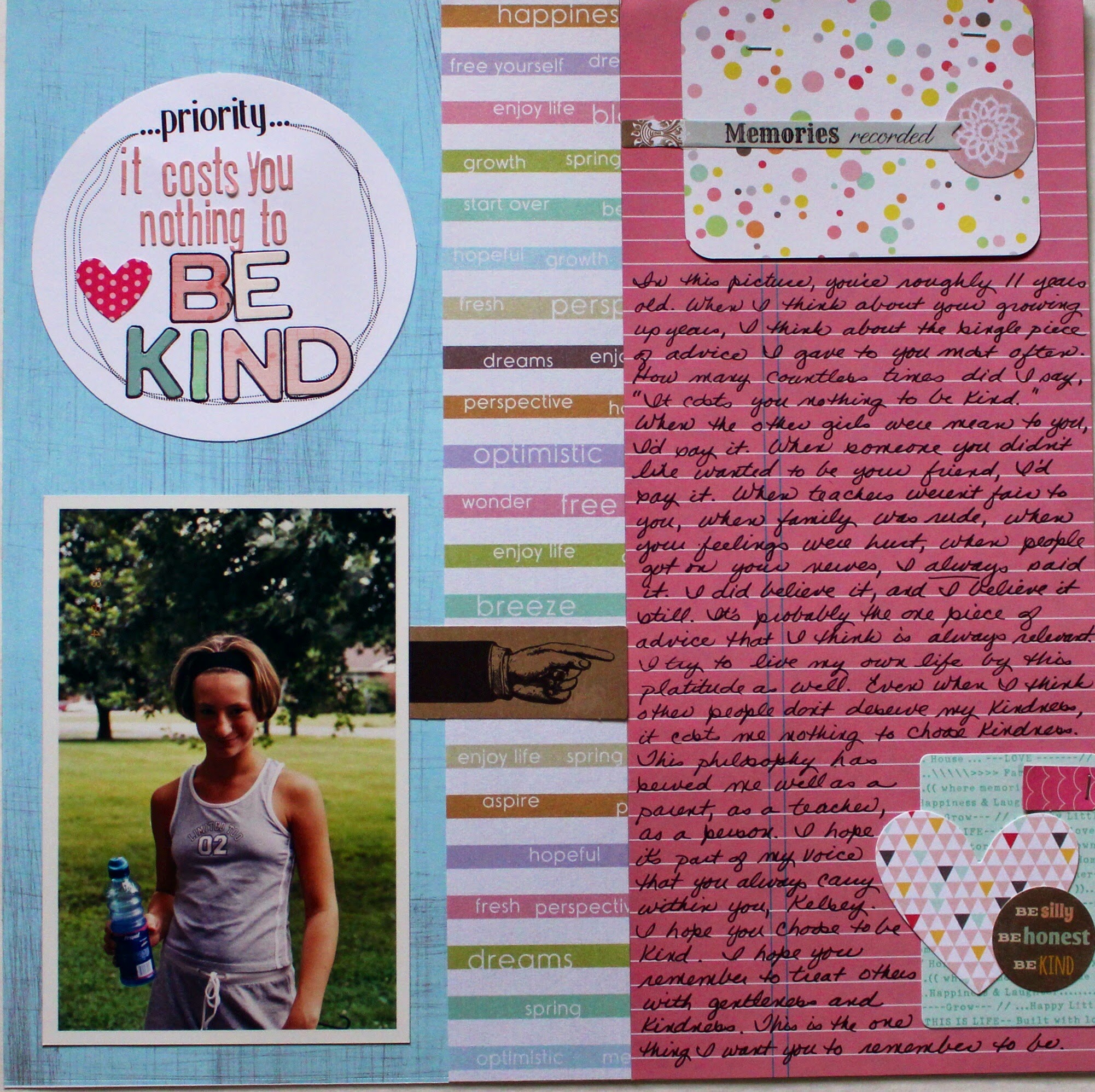 The title treatment was something I really wanted to focus on for this layout. Usually, titles aren't that big of a deal to me, but I knew this one was. I used some Jillibean Soup tiny letters and some October Afternoon larger ones. I outlined the larger stickers to mimic the pen work on this die cut journaling spot. 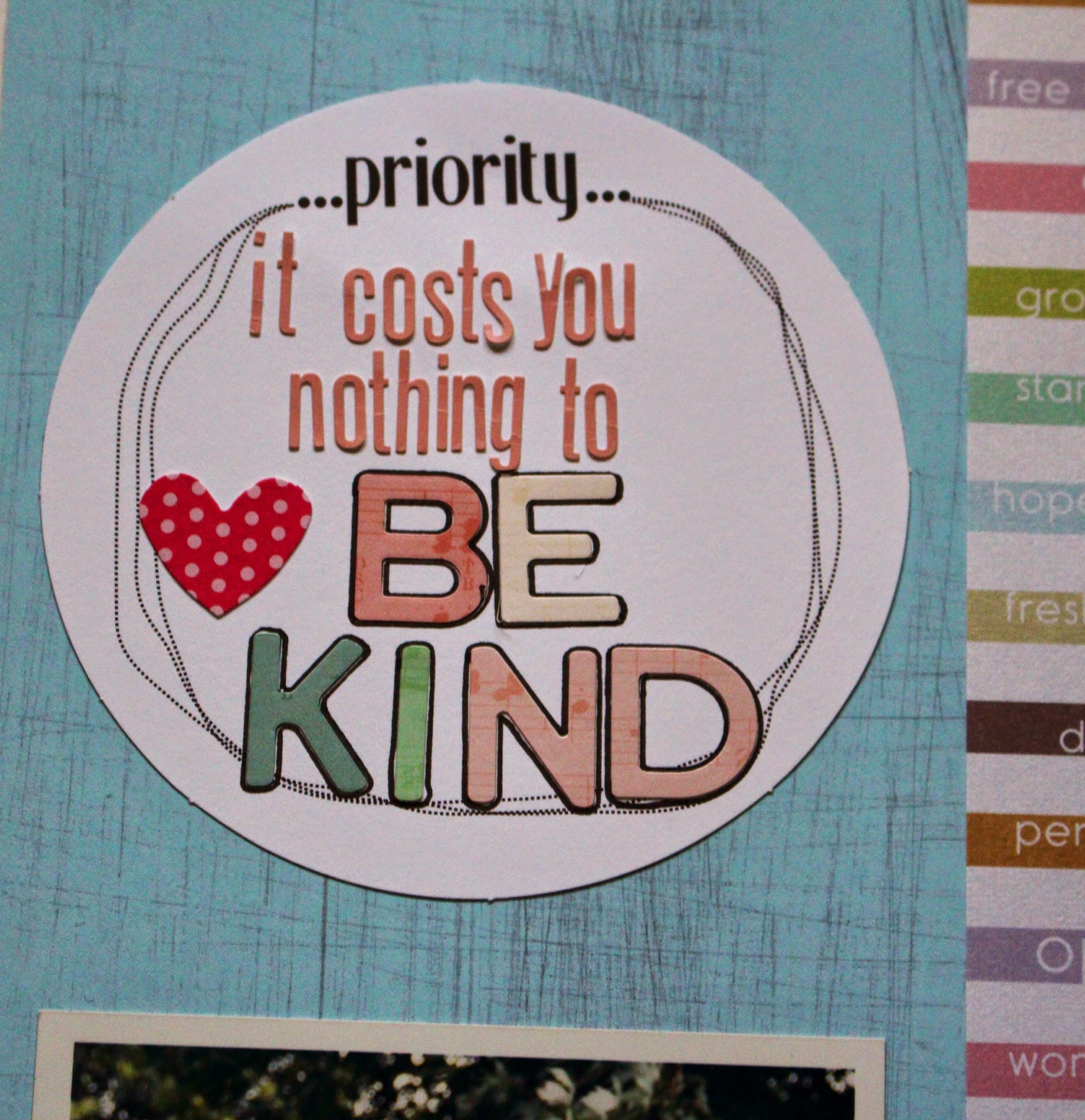 Here's a closeup of the embellishment area at the top right hand side of the layout. 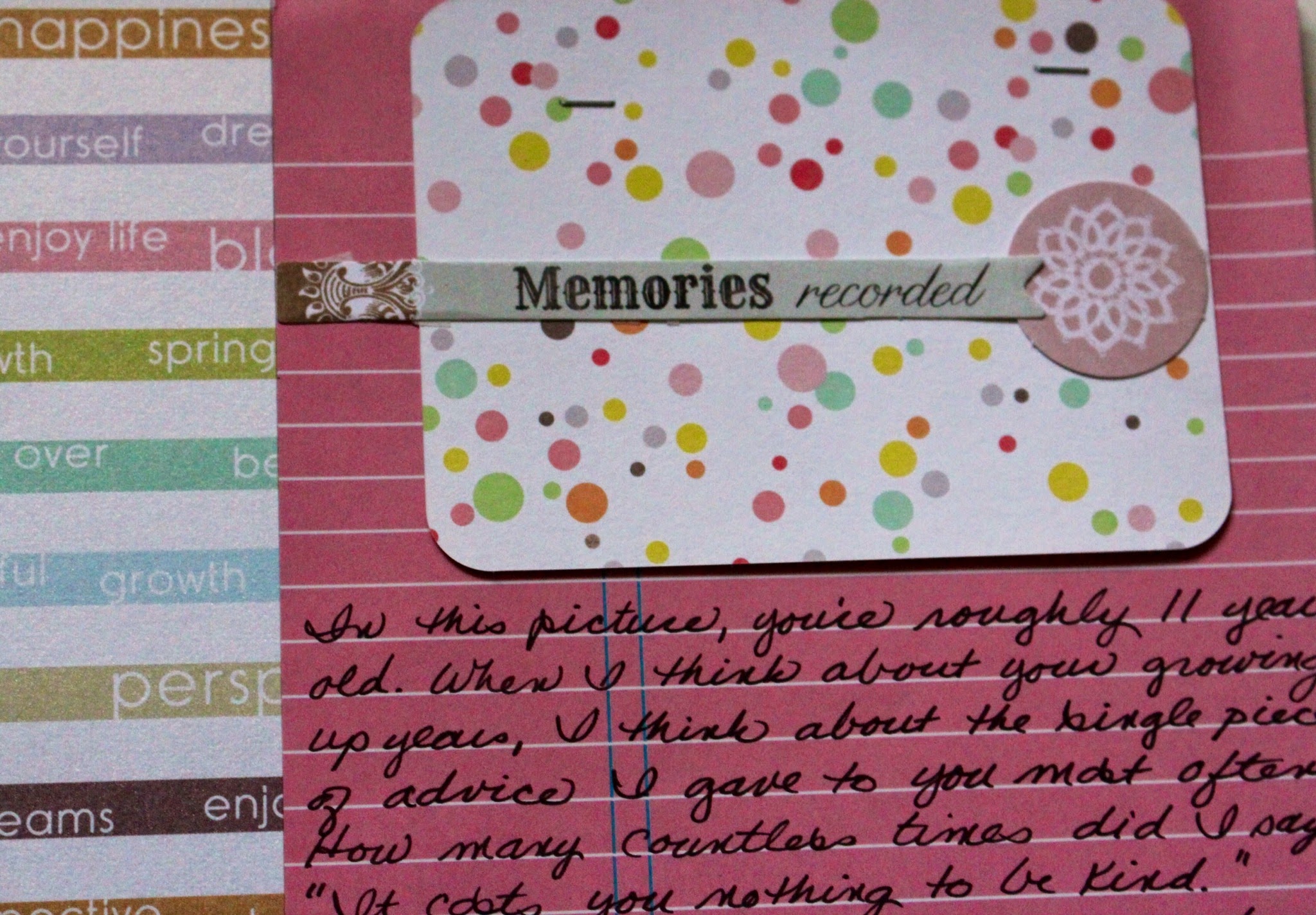 And really, the most important part of this layout is the journaling. Here's a closer shot of it in case you care to read the story behind the advice. I think this is a great example of perspective in scrapbooking. Had I tried to make this layout when my daughter actually was 11, it's likely that my point of view would have been a bit different. With the years of perspective in between, I was able to focus on the bigger picture rather than on specific incidents. 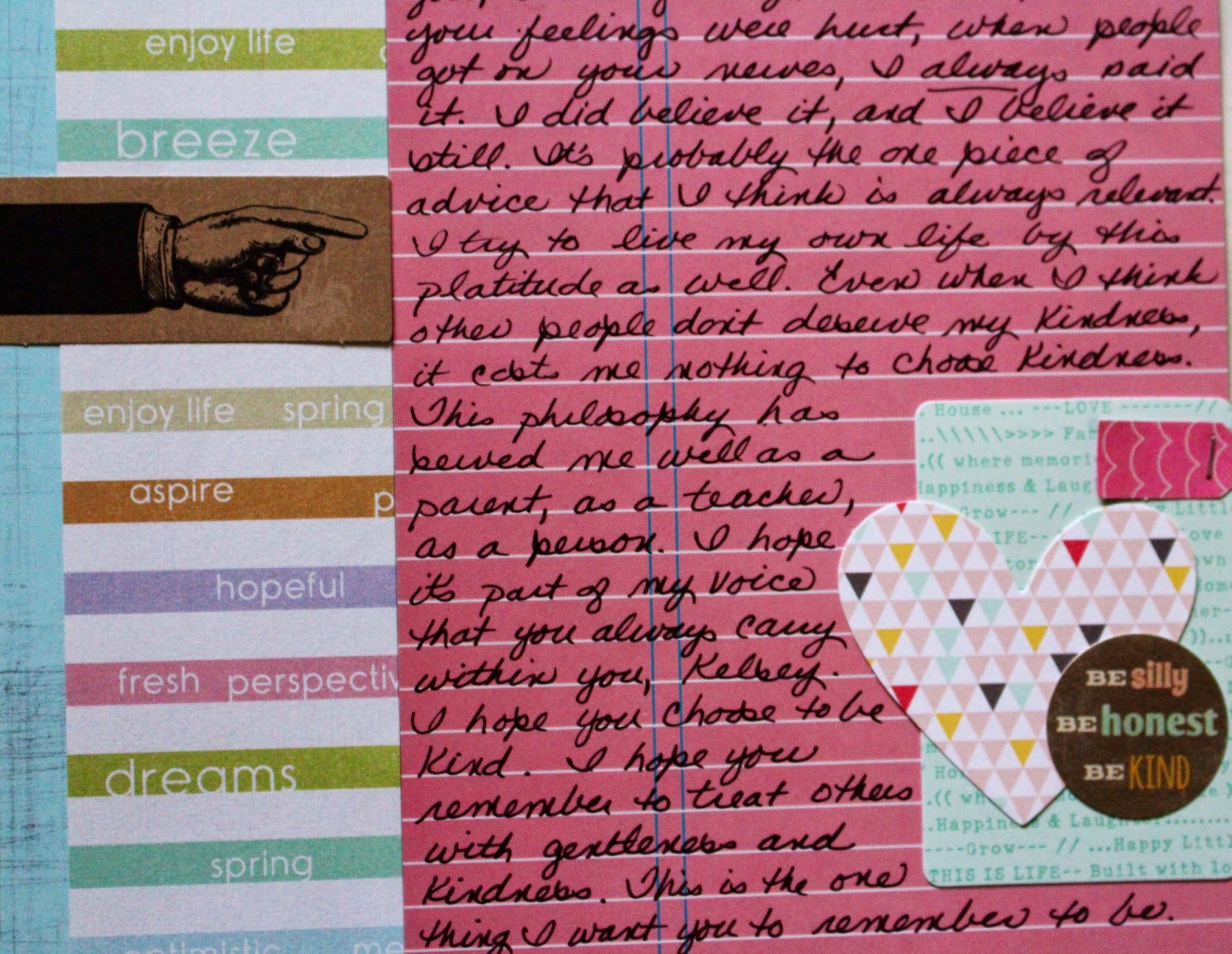 While this layout isn't what you might traditionally think of when scrapbooking your faith, I do think that the advice we give and the values by which we live are an integral part of who you are and what you believe. Our podcast this week inspired me to create this layout; I hope you're likewise inspired to go tell one of your stories about faith, values, morals, or advice.