Have you registered for Jenni Bowlin's VintageFest? Any Nashville area scrappers should def consider it. Tracie & I attended last year and had a blast! The shopping is fab; the make 'n take was rad, Jenni is a doll - and the crop was fun too!  I registered last night and am def excited about attending. 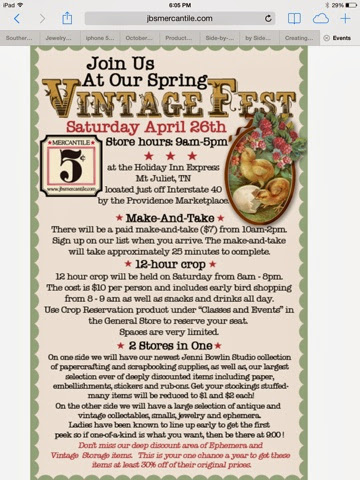 Last night, I spent about two hours creating a Snapfish photo order. This. Was. Not. Fun. I don't enjoy photo prep work - editing, saving to folders, uploading, etc. This displeasure was magnified by some site probs that made me want to throw my hands up in disgust. Finally, I finished. Now the hardest part begins...waiting for the pics to arrive. 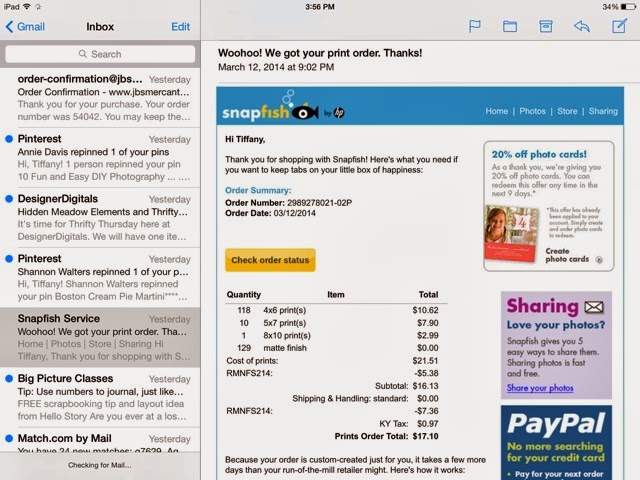 All of that photo work put me in the mood to be creative. I know I want to finish up my 2013 PL spreads this weekend, but I'm itching for another fun project too. There's a challenge that Tracie and I are doing for our podcast next week that I need to do first, but I hear the siren's call of the mini album in the distance. Specifically, I'm thinking of using this Heidi Swapp yumminess. 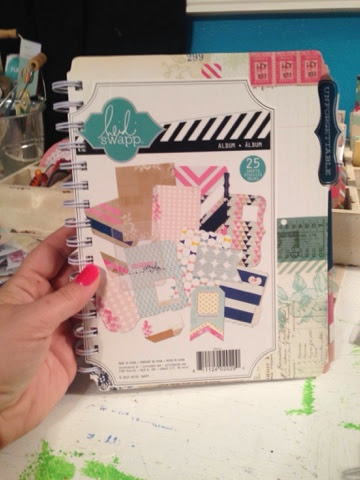 Isn't this mini album adorable? I bought it last week and am super pumped to play with it.  Idk what I want to do with it though. It's too small for my 50 First Dates album, but I'm really motivated to make something with it. Maybe a selfies album? That might be fun. Or an album about my daughter as a dance teacher? Or a casual album about things I do for fun? Help!!!

Have you seen this planner style album? I picked it up at the end of January, and it's calling my name too. 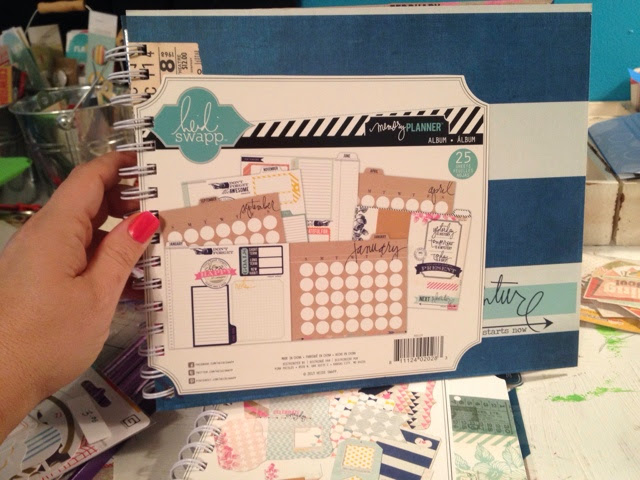 It's March now, so I need to make a quick decision about this. If I don't start it soon, I'm afraid I'll have to wait until next year. I've considered making an album about my professional life, but I'm not sure I'll have enough stuff. It might also be fun to make an album for my daughter who's grown by using stuff I pull from her Facebook or Instagram accounts. Again, I worry that I won't have enough. Would making an album about my creativity be weird? I could use stuff from social media, my podcast with Tracie, and my blog. I just don't know. Anyone have any grand ideas for me?

Help a girl out, would ya? Happy crafting!

Posted by Tiffany Lowder at 4:16 PM