For those of you who are interested in doing December Daily this year, I thought it might help for you to see a little bit of how I am planning out my album.

So far, I've selected an album - this one 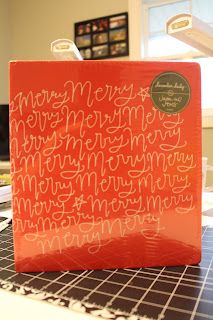 And I've gathered some of my supplies - see them here. By the way, that business about me not having many Christmas supplies like I said in a recent podcast? Total lie. I have WAYYYY more than I realized I did and shouldn't allow myself to buy anything else for like three years. Of course, that won't actually happen, but I did feel the need to set the record straight. I didn't lie about it on purpose at least. :) 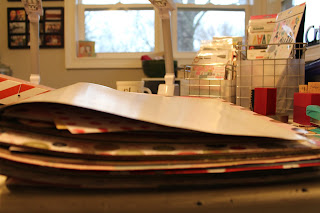 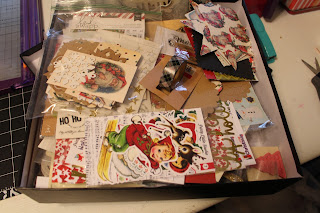 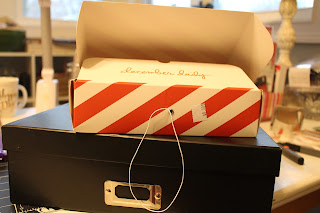 I planned to set up my tripod for future use around my house, but I can't find the blasted thing. I'm giving myself one more day to find it, then I guess I'll just order another one. Grrr! Did I get rid of it thinking I didn't need it anymore? Did I loan it to someone? Is it lurking in my nightmare of a storage room? Who knows!

And I've started making a list of the possible stories I might tell each day. While this list is fluid, I like having an idea of what things I might photograph and discuss on my pages. You'll notice that some days have more than one event possibly planned. In that case, I'll either choose the best pics from one event or potentially tell more than one story. I'm giving myself permission to do that if needed.

And, of course, there may be some days where my story involves just a shot of a glass of wine or my dinner or a selfie.
Posted by Tiffany Lowder at 12:00 AM

Email ThisBlogThis!Share to TwitterShare to FacebookShare to Pinterest
Labels: All about me, Family life, Friends and fella, Fun places, Holidays, Lists, Projects, scrapbooking