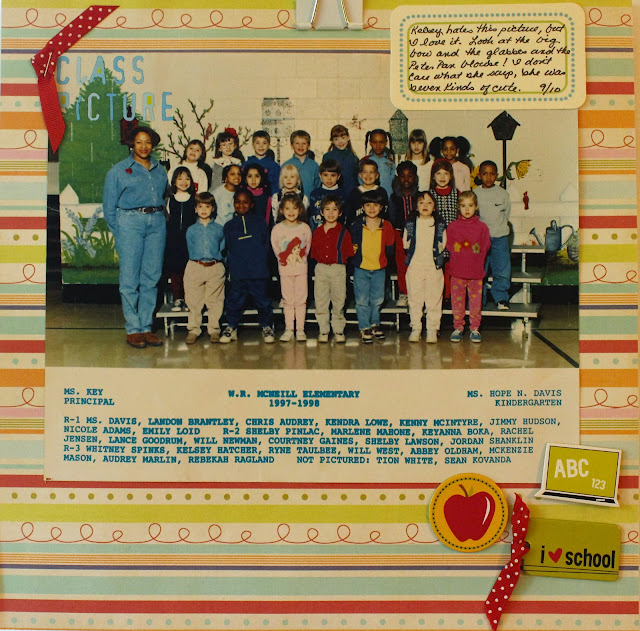 If you're like me, you probably have the class pictures for your kids for several years. You might have even avoided scrapbooking them because they really are a bit hard to deal with on a layout. Well, today's Throwback Thursday features a look at a scrapbook page that showcases Kelsey's kindergarten class picture. How's that for a walk down memory lane?!

Here's a look at the photo itself first. Kelsey is in the back row, second child from the right. This was back in the day when she rocked the big hairbows. She's wearing a dress that my friend Vonda made for her and that I cross-stitched school buses and her name onto for her. She wore it the first day of school and for picture day. I have no idea where that dress is now, but I sure wish I could find it. She was so proud of that dress since it had her name and school buses on it; she announced to everyone that her mommy made it for her. Okay, enough of that, I'm tearing up just thinking about it... 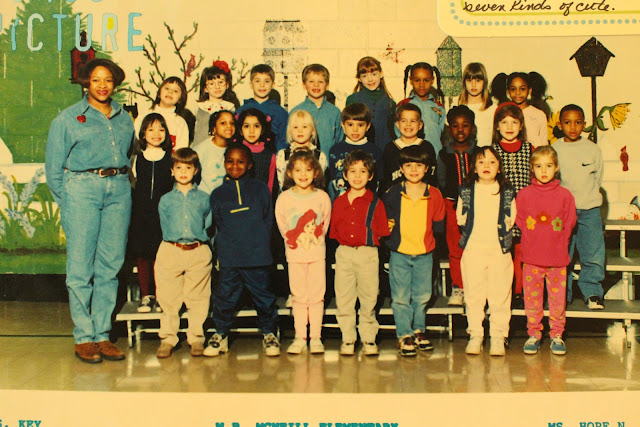 Here's a closeup of the journaling I wrote on the page when I made it in 2010. Funny enough, I didn't share anything about the dress and only focused on the things Kelsey hated about the photo. I should ask her if she still hates it now; I'm thinking that her perspective has probably changed. 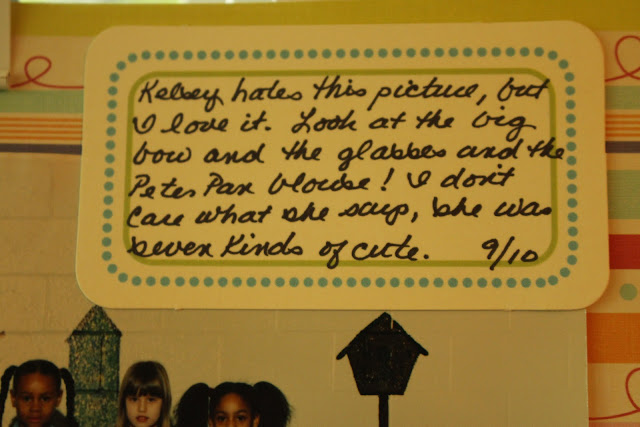 For whatever reason, I went with a light blue rubon title it the upper left hand corner of the photo. While I'm glad I used some of that 'white space,' I probably wouldn't choose that style or that color for the title if I were to make it today. You'll notice that I used a cluster of themed embellishments along the bottom right of the page. I think those were from KI Memories, but I can't be sure. I also included a bit of ribbon; y'all know how much I loved the fibers/ribbons back in the day. 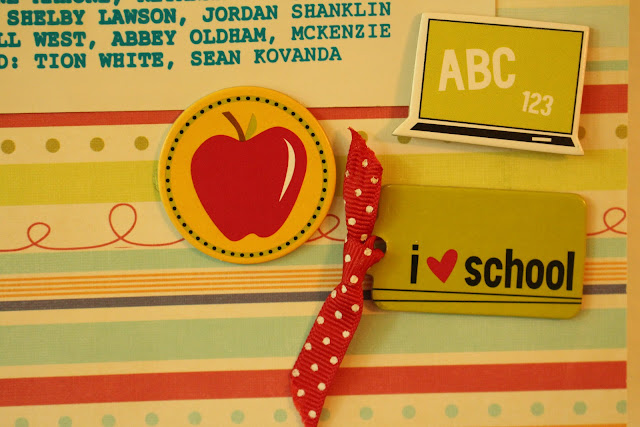 Here's the layout once again in its entirety. Today, I'd probably include more journaling and strips of patterned paper rather than an entire patterned background with a busy photo. I'm super glad that I have this and that it's scrapbooked though, so it'll live in my album just as it is. 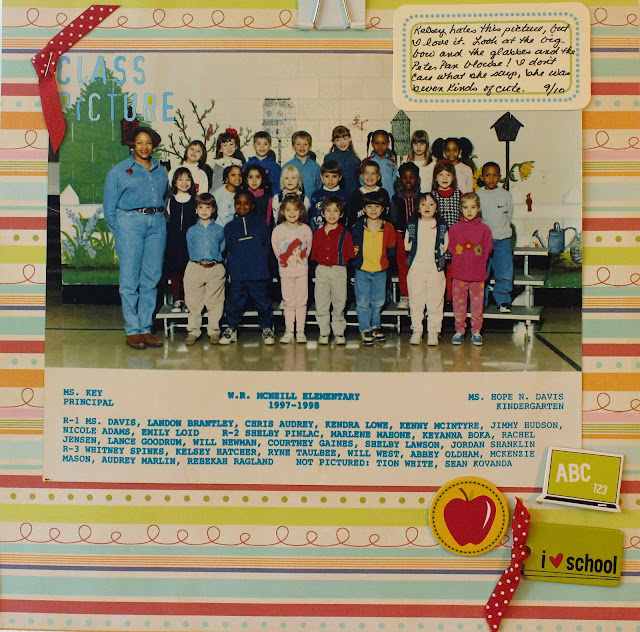