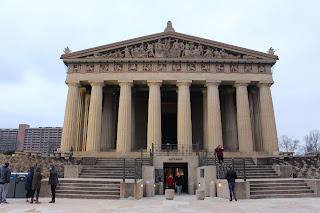 My two year anniversary with the fella last week, so we had a date night on Saturday and headed to the Parthenon in Nashville. I'd never been there before, so I was pretty excited. My verdict? You won't be disappointed if you go. 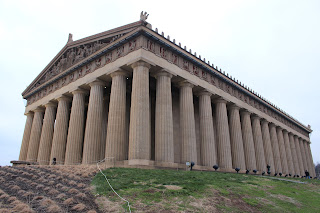 While most buildings in Greece were made of marble and designed as a way to honor and worship the gods, this building is made of aggregate concrete from this area and was first created for a state exposition in the late 1800s. Of course, there have been several rebuilding efforts since the original. 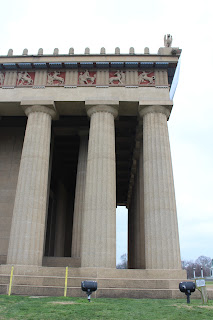 These bronze doors weigh several tons and can be opened and shut by a single person despite their size because of the way the builder engineered them - pretty cool. 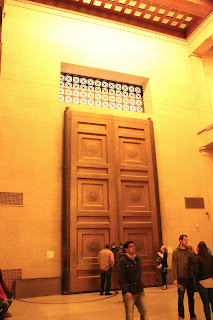 The statue of Athena was designed to mimic what the original Greek one month get have looked lik. It's all conjecture since the original was lost in the ancient world. This statue is roughly 42 feet high and supposed to fill the building and be the same scale as the original Greek. Sculpted from a concrete mixture by a Nashville artist around 1980, she was covered in gold leafing or gilded in the early 90s. 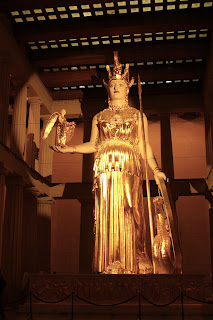 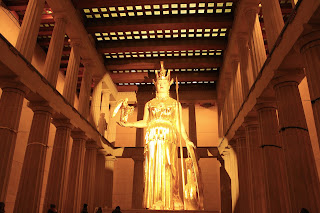 The scale of the building and columns are supposed to match the original at the Acropolis in Athens. Of course, not much is left of the original, and you couldn't go near or inside it when I http://youtu.be/uThfesxiEyoas in Athens. 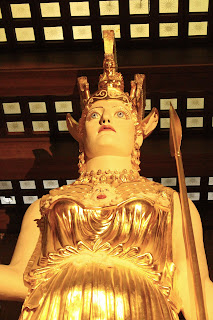 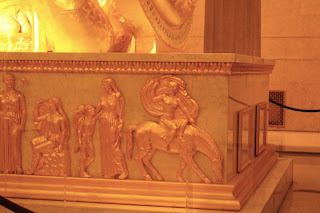 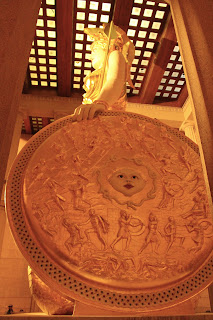 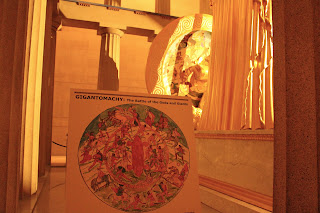 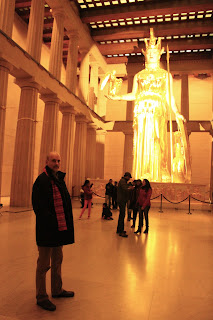 Other sculptures were commissioned for the eastern and western pediment s of the building. Here are a few pics of those models. 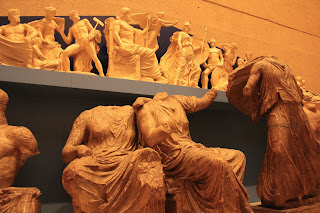 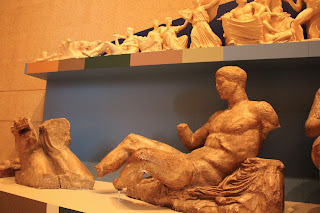 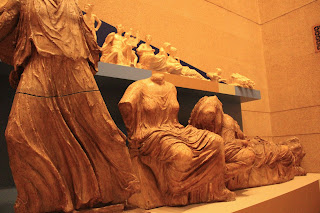 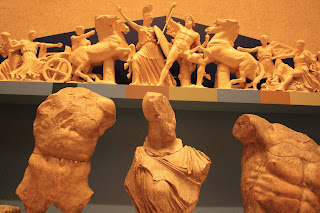 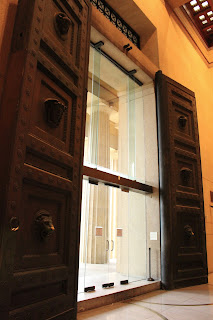 The overall effect of the statue inside the building is breathtaking. 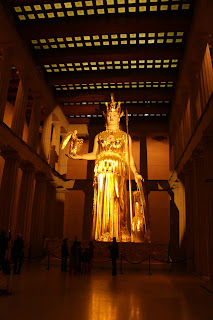 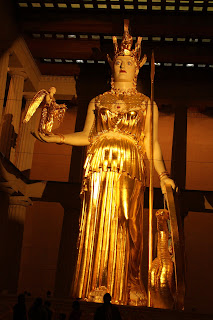 The fella is always a good sport about snapping pics for me and for letting me take photos of him too. 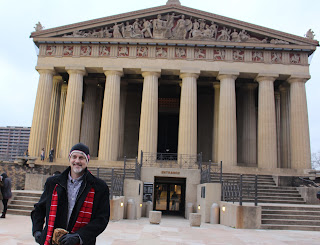 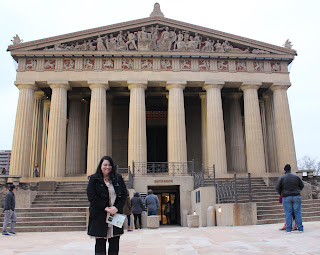