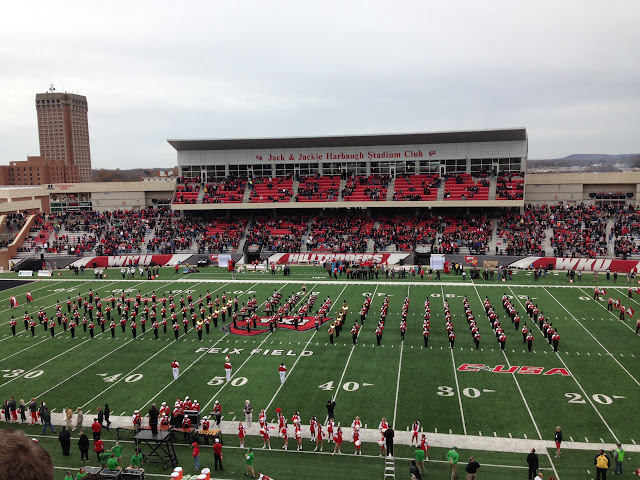 Last Friday, we enjoyed a football filled day. First, we headed to WKU where we watched our Hilltoppers beat the Thundering Herd of Marshall for the second time in two years.  The fella and I are both graduates of WKU, so I've enjoyed his willingness to do things on campus. Honestly, I never really was involved in activities at WKU before the fella. 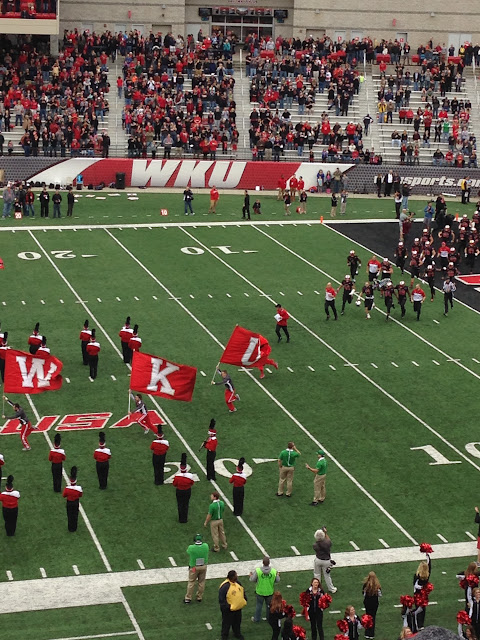 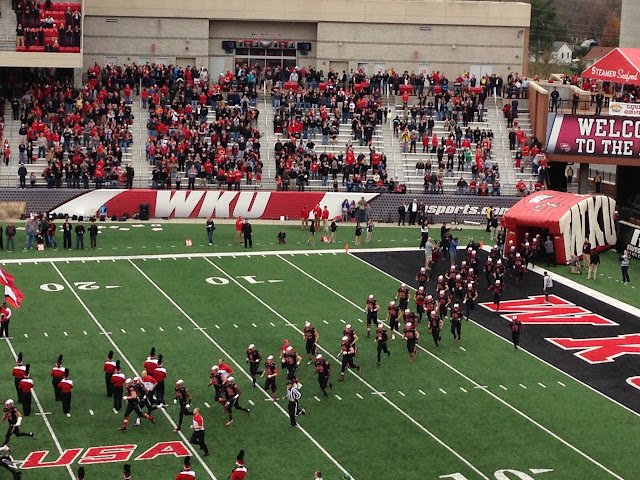 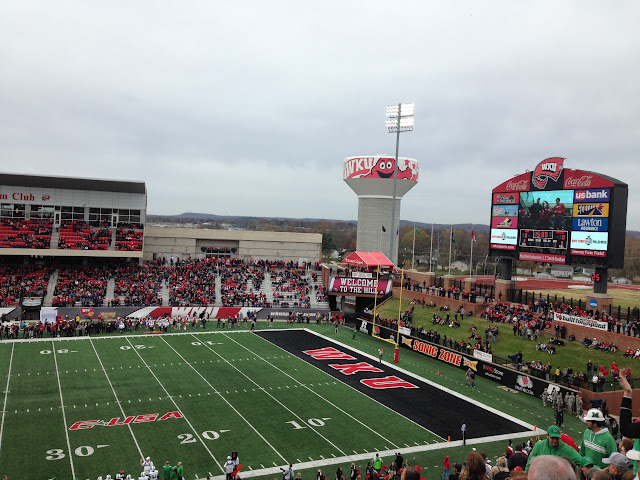 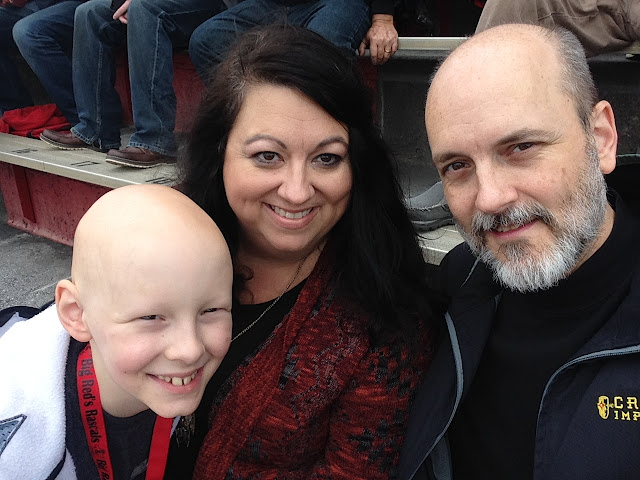 We had to take a selfie at the game, of course. That's the rule! This Saturday, WKU will host the Conference USA championship game; we won't go to that game because that makes for a super long day and can get quite expensive. Instead, I'll probably have it on television as I do a bit of crafting at home. 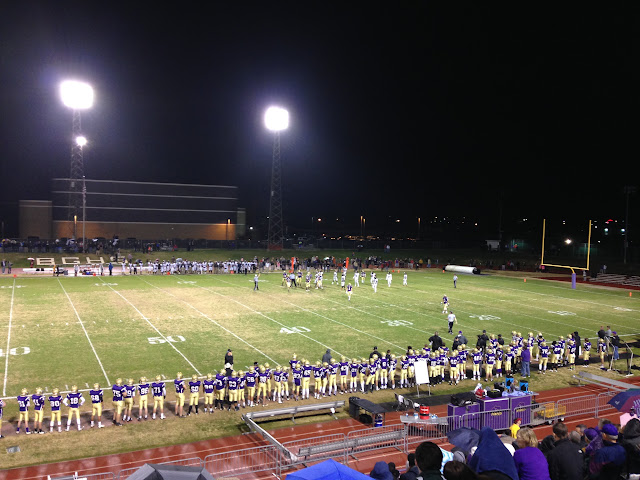 Later that evening, the fella left the kiddo with his grandparents, and we headed out in the rain to watch the BGHS Purples take on Fern Creek from Louisville in the 5A KHSAA semi-final football game. Since we're currently ranked #1 in our class, we were able to host the game on our home turf. The fella and I still sat on the 40 yard line per tradition, but we moved up several rows and huddled right under the side of the press box to get some protection from the rain. Ironically, we were right underneath the opposing team's defensive coordinator who was radioing down to the other coaches on his sideline. It was certainly entertaining to hear that bit of 'behind the scenes' action. 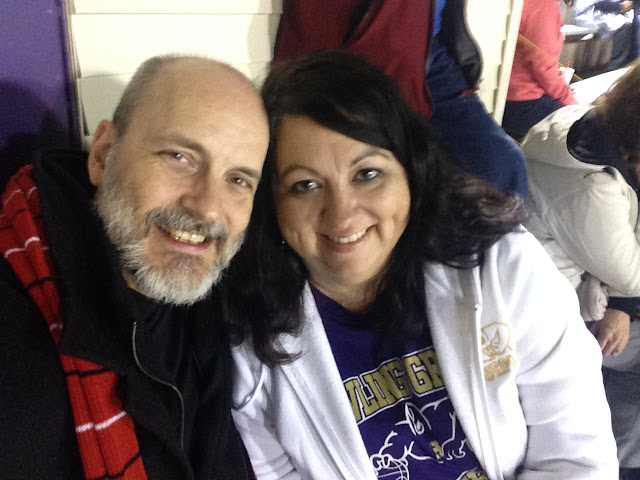 And here's our couple selfie during halftime of the game. The Purples were victorious and play Pulaski County this Saturday night at WKU for the state championship. You'd better believe we'll be there!
Posted by Tiffany Lowder at 12:00 AM