Happy turkey day to all of my American friends!  While I don't have any pictures that I know of from childhood Thanksgivings in the past, I do have some memories of those gatherings. I thought I'd share a few of them here with you. Maybe you'll be inspired to remember a few of your own memories + I'll be able to  look back at this for journaling ideas for some future layout or project. It's a win-win! 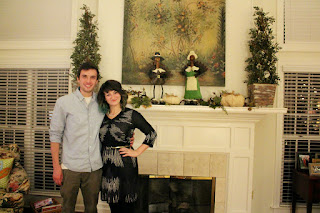 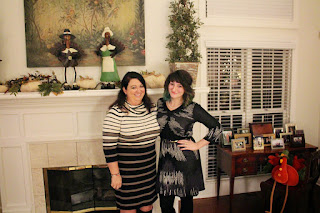 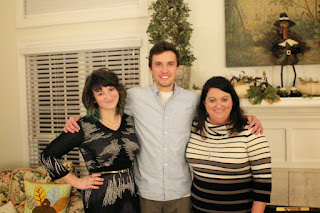 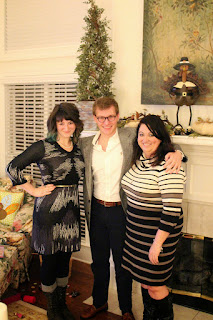 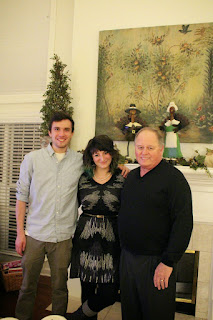 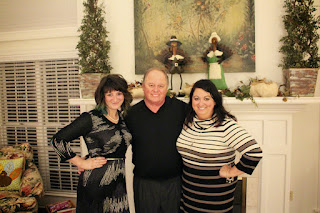 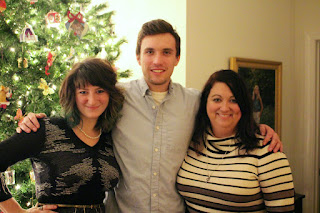 1. Up until the time I was 12 or so, my great-grandparents hosted all of our family gatherings at their house on Detour Road out in the county. It was almost always warmer for Thanksgiving than it should have been, so I'd spend part of the day playing outside in their backyard while the grownups visited inside. Remember, I was the only grandchild (and only child at the gathering) until I was ten years old.

2. My great-grandmother, Mama we called her, always made me my own batch of pill-bottle biscuits at holiday gatherings. I liked to eat them with butter and Bob White light syrup. I'd rather have those to eat than any of the desserts that people brought. In fact, I don't remember having much dessert available at Thanksgiving, but that could have been because I didn't care about it.

3. We always had our Thanksgiving meal at lunchtime, and it was always a very casual, buffet-style affair. Certainly, we ate on real plates with silverware. I don't remember who did the dishes/cleanup, but I know my great-grandparents didn't have a dishwasher. What a mess that must have been for Mama! Surely, the other grown-ups helped her some.We were always home for Thanksgiving by the time it got dark. I don't remember why that was exactly, but I know it was true.

4. On Thanksgiving night or the Friday after, my dad would often pick up me for us to go to his mother's house in Henderson, KY for the Lowder/Baskett family gathering. Her Thanksgivings were much fancier than the ones with my mom's family. We sat at the table and were served dinner. We always ate at night. She'd have interesting dishes I hadn't tried before, like game hen. And there was always a great selection of desserts - mostly pies. When dinner was over, we each had a job to do to help clean up, then they'd shoo me out of the kitchen to watch tv or play while the grownups talked.

5. For the rest of the weekend at Grandother Baskett's house, we'd play Scrabble and Boggle or watch University of Kentucky basketball on television. I had to earn my seat at the Scrabble game, and no quarter was given due to my age. They were ruthless Scrabble players and made no exceptions for a little kid who was desperate to play. I know it sounds harsh, but it made me a better player because I was motivated to impress them. Boggle wasn't quite as intense, but bragging rights for the winner were still very important. During the UK ballgames, Grandmother Baskett would drink Heineken bottled beer, sit in the floor in front of the tv, and yell at the players and announcers when they made mistakes. I was amazed! I loved every minute! It was like watching my very own real-live play unfold before my eyes.

6. When I was a teenager and in college, my mother's family often had to work on Thanksgiving day. They owned a local liquor store that was open on Thanksgiving until 11 pm. Rather than ask their employees to work on the holiday, the family would just work. That meant that we spent several Thanksgiving and Christmas days having a quick buffet lunch in the back room while waiting on customers in between. It certainly wasn't the way I'd choose to spend the holidays, but I understand the necessity of it when you own a small business and don't have many options. Honestly, these memories are probably one of the reasons that I never had any desire to own my own small business.

7. Once my dad moved to North Carolina, we really stopped getting together at Thanksgiving. It was too much for him to make two really long drives so close together, so we began seeing him only at Christmas. Certainly, I'd talk to my dad on the phone and hear about his gatherings, but I did miss seeing him. I know that Grandmother Baskett started mostly celebrating with friends of hers during this time. Kelsey, her dad, and I would often drive up to Henderson sometime during the weekend of Thanksgiving to visit with Grandmother Baskett and take her out to dinner, but it never was quite the same as celebrating Thanksgiving with a home-cooked meal.

8. When Kelsey was small, trying to navigate all the family stuff for the holidays was kind of frustrating. We'd need to meet up with her dad's family for Thanksgiving, and they just didn't celebrate like I was accustomed to celebrating. My in-laws were a bit more casual than even my mother's family and often held their gatherings on days other than Thanksgiving, at night, and in alternate locations, like their hunting shed. Because they are hunters, they often served wild turkey or venison as well as more country food like pinto beans and cornbread rather than dressing/stuffing. While there isn't anything wrong with these choices, they just didn't match up with what I wanted Thanksgiving to be. They were just very different from me, so I never felt like we had much in common. No matter what I did, I always felt a bit like an outsider when they would all gather at the holidays. Everyone was kind and friendly to me all the years we were married, but I just didn't feel like I belonged, and I definitely didn't see eye to eye with them on their holiday gathering choices.

9. Once Kelsey was a bit older, I decided that I wanted to host Thanksgiving at my house for my family. My grandfather and mother still brought a lot of the food, but now the mess was at my house. At least I had a dishwasher, right?  Like my growing up years, I always served lunch, but we did eat on real plates with real silverware. Since my family brought the main dishes, I was able to focus on making the side items and desserts. I remember feeling frazzled by having all of these people come to my house. I remember frantically trying to get the house 'ready' for 'company.' I remember my grandfather holding Kelsey when she fell asleep. I remember my mother rocking her in the rocking chair when she was fussy or didn't feel well. I remember my aunt coloring with Kelsey. I remember the dogs being crazy and the house being too hot. I remember Kelsey running around in her element with all of her toys and all of her people there too. I remember seeing my family push her on the swingset in the backyard while we waited for the food to be ready. I remember what my driveway looked like filled with the cars of my family. I'm sure an outsider looking in at us would have thought we were all a hot mess, but these are important memories for me.

10. Nowadays, holidays are much simpler. Remembering how hard it was to sometimes juggle it all, I try not to pressure Kelsey too much to be at a certain place/time. I can be flexible, especially if it helps her not to be stressed. This year, she and Jake will visit with his family at lunch on Thanksgiving, while the fella and I go to my bestie's house for her family meal. That evening, she and Jake and I will go to my aunt and uncle's  house for a formal meal with their extended family. I'm not sure when Kelsey is getting together with her dad's family, but she did tell me none of our plans conflicted with his. On Saturday, I'm hosting a get-together for Kelsey and Jake and the fella and his kiddo. We'll eat mainly appetizers of Kelsey's choosing and will just hang out together. I plan for it to be very low-key and not stressful. Here's to hoping that is exactly what happens!