Week in the Life - day 6 photography 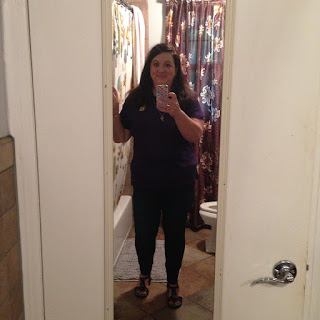 Football season officially starts today, so my Purples gear was a necessary choice. I started with a couple of mirror selfies in the bathroom mirrors because I'm cool like that. Haha! 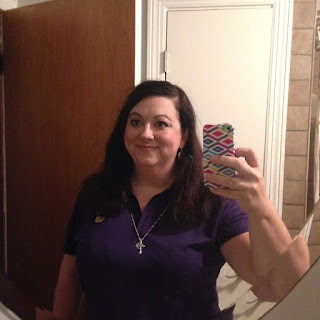 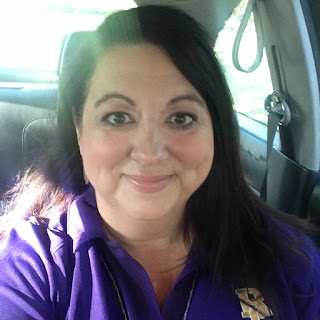 Then I took the obligatory selfie in the car before I pulled out of my driveway. I'm looking kind of tired this morning, I think. 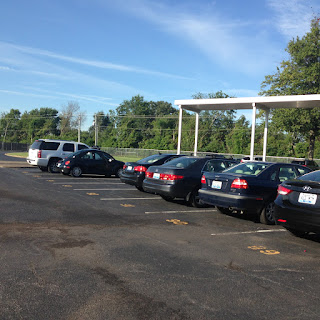 See my parking spot #95? The Beatle Bug? That has been my parking spot for 22 years now. I don't think I've ever taken a photo of it before now, but one day I'll probably want to remember that tidbit of information. Also, notice that I'm not the last teacher to arrive in my part of the building - woot, woot! 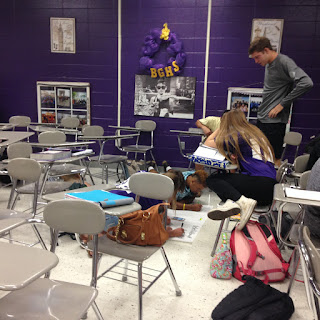 Today, my senior classes worked in groups to retel the Beowulf story from different character perspectives than the third person narrator who tells the original story. I think they liked it, and I think it really helped them understand point of view better. It also served as a good review of the story itself. 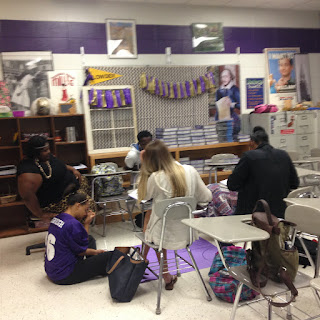 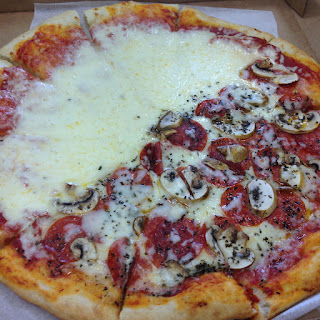 Vonda and I split a pizza for lunch today. She ran out on her planning period to get it for us, and I paid since she'd gotten us Chinese food earlier in the week. It was a nice treat. We usually take turns bringing leftovers for each other to eat, but it's nice to be able to 'eat out' occasionally too. 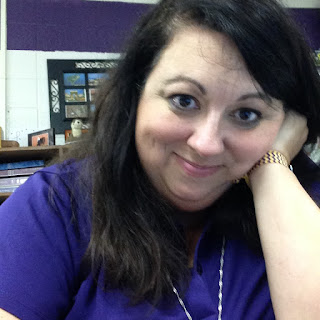 Trying a different selfie angle during my planning period today... 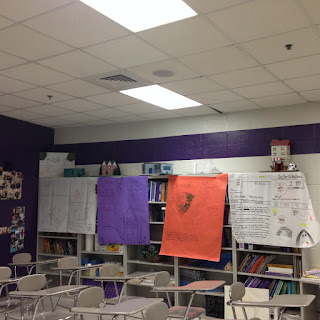 Here's a look at some of the posters that the kiddos made today. 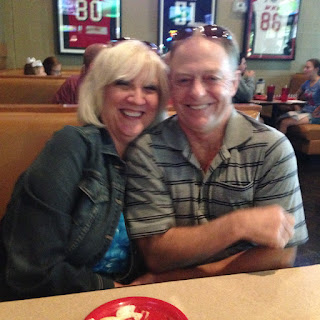 After work, I took a short nap with the pups, then Lorie and Junior picked me up for dinner. We went to Overtime for cocktails and appetizers and chatting. Aren't they a sweet couple? They celebrated their 38th wedding anniversary earlier this month! 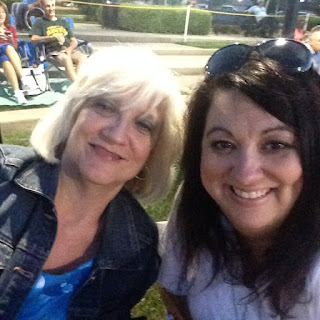 After dinner, Junior drove us to concert in the park. Once Lorie and I have had a couple of drinks, we're tipsy, so he was our dd tonight. The music was pretty good until they slaughtered "Imagine" - at that point, I was ready to leave because of the blasphemy. :0 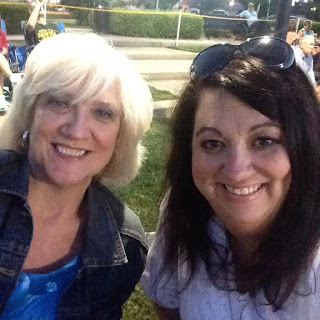 I think I like this picture of us better. 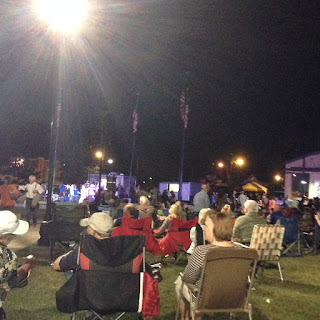 And here's a crowd view of concert in the park. It's such a small town kind of thing, but it's one of my favorite things about my town; the music isn't always great, but the atmosphere makes up for it. If you can believe it, tonight was actually super cool, especially for August. I wish I'd worn a sweater and closed toe shoes because of the temps. It makes me wonder what the fall and winter will be like if an August night in the South is so mild.

Thoughts on day 6 of WITL:

I wish I'd taken more pictures today.
I wish I'd used my camera instead of my iPhone.
I wish I had more exciting stories to tell because I'm starting to feel very repetitive.
I don't know what I'll take pictures of during the day tomorrow, but I do have plans for tomorrow night.
I'm still not crazy about the contrast of light and dark in several of my pics, but I'm trying not to let that stand in my way of enjoying the project.
I didn't take any dog pics today. Is that weird since I did every other day? Idk.
I really don't know how I'll create a cohesive album out of the photos I've taken this week.
I'm pretty glad that WITL ends tomorrow because I'm kind of tired of thinking about getting lots of photos each day. Keep in mind that I've gone from taking 1-2 photos to more than a dozen per day for this project.
I've thought about redoing the project another week in an effort to make my photos more professional looking, but I don't think that's very authentic in the long run. Maybe I should just do another week in a few months to go along with this one.


What about you? Where are you struggling? Are you glad the week is coming to an end? Have any of you chucked the project with plans to start over in another week? What, if anything, would make you do that?
Posted by Tiffany Lowder at 12:00 AM

Email ThisBlogThis!Share to TwitterShare to FacebookShare to Pinterest
Labels: All about me, Photography, Projects, scrapbooking