Is that my mojo under the giant pile of stuff?

I've officially been home from Paris for a month and have done almost nothing creatively. First, I was tired and jetlagged. Then, I had other things I'd rather do, people to see, etc. After that, it was time to gear up for back to school. And now, school is back in session, and I'm exhausted. I'm pretty sure I'm not alone. We have great intentions, yet creativity and craftiness get pushed to the backburner for a variety of reasons. It probably doesn't help that my desk in my studio looks like this right now. 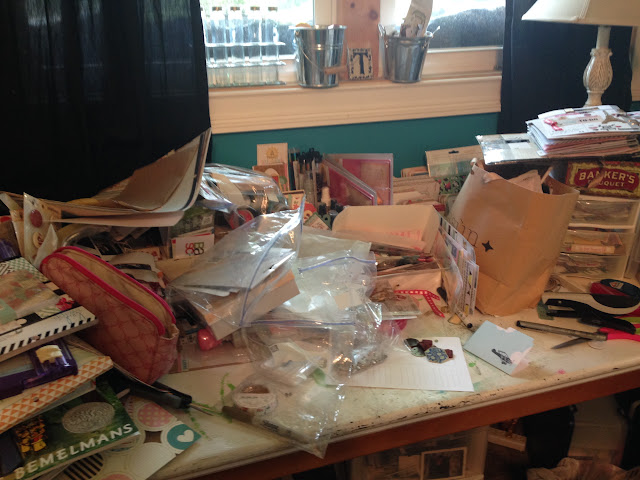 I did work on my Paris planner one afternoon in the past month. I couldn't even tell you when it was, exactly, but I did make a little progress. I guess the thing about the planner is that I didn't feel like I had to plan anything in advance and could just make it fun. The reason I haven't done more is because I haven't gotten any pictures printed for it yet. Do you know how much I hate working on a photo order? Am I the only one? There just doesn't seem to be an easy way to do it. It takes me forever. Take a look at the few little things I did do in my planner since I've been home. 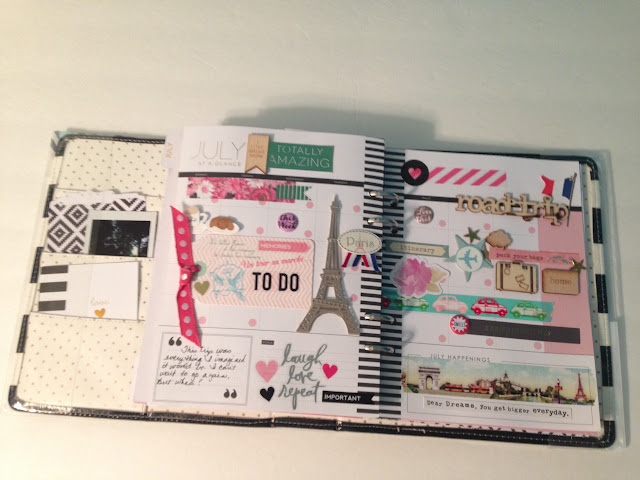 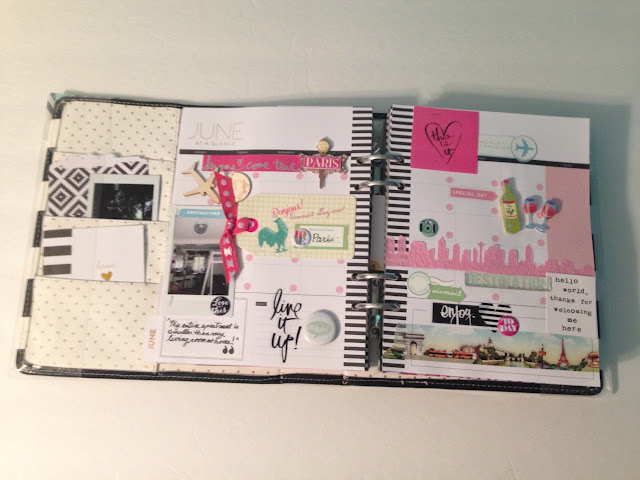 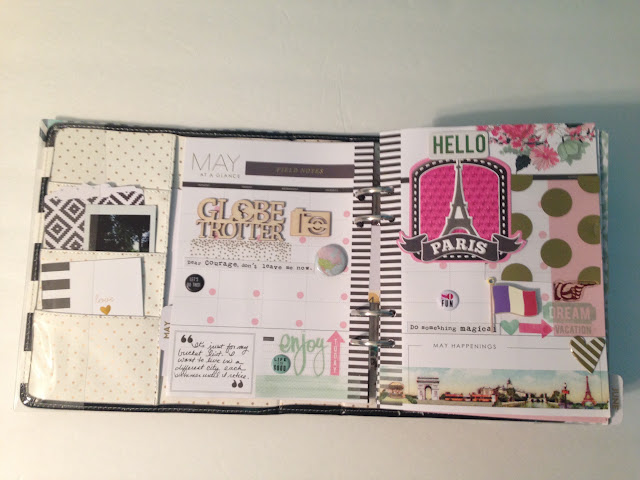 When I'm not actually being creative, I do what lots of other scrapbookers do: I buy stuff. This past weekend, I broke down and preordered pretty much everything in October Afternoon's new Christmas line that A Cherry on Top offered. Then, because that felt so good, I headed to Michael's and scored some of the new Project Life/Heidi Swapp stuff that I'd been reading about online. They had a great clearance section too, so I did a bit of damage there. Of course, as I'm typing this on Sunday afternoon, I am acutely aware that I could actually be making stuff with it instead of just blogging about it. But no, that would be sensible and require mojo that is currently buried underneath a foot of stuff on my desk. 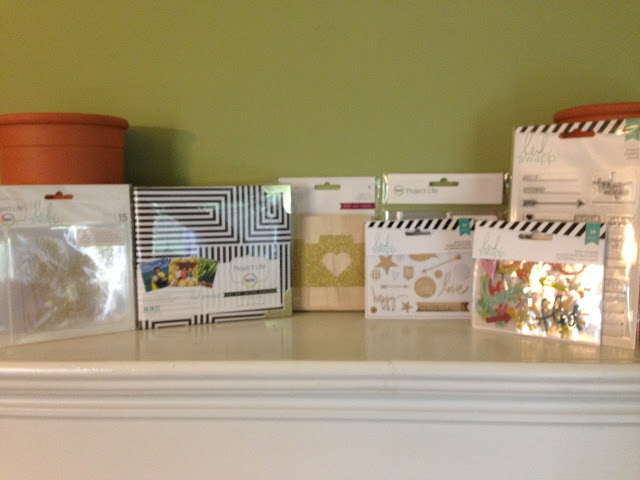 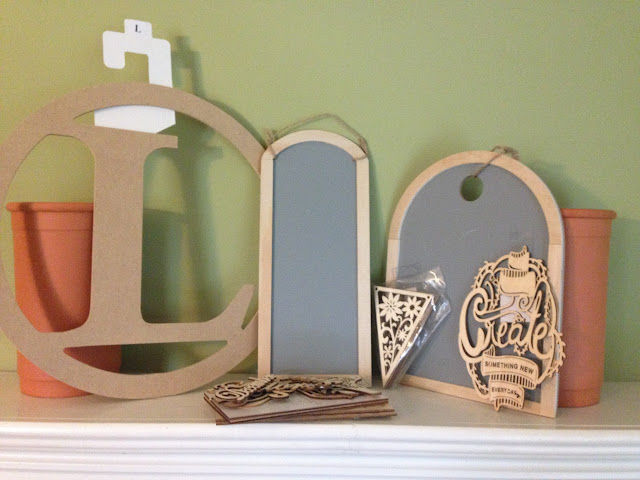 I've also been playing around a bit with the planner craze. I ordered a few August items from Cocoa Daisy because the monthly kit was sold out when I looked, but I also committed to a six month subscription with them. Alas, I ordered the wrong holes punches for the August materials and had to email them about changing the holes for my upcoming shipments. I wanted to use the cheapie binder from Staples that Doris recommended in a recent podcast with us, and the 6 holes type don't fit right. I've made do by punching an extra hole, but it sort of annoys me. I'm also still not sold on the whole planner issue. First, there isn't much room to write on the Cocoa Daisy papers. Plus, idk where I'd embellish them because they already seem VERY embellished to me. If that's the case, then I'm spending a lot of money on just some planner pages that I won't even decorate. Maybe August was just especially busy. Maybe I need to look at other planners online. I'm just not sure I've made a wise investment of time or money here. I'll figure it out in the next six months I guess. Take a look at my setup so far. Yes, it's a bit pitiful at the moment, but I have high hopes for the future. 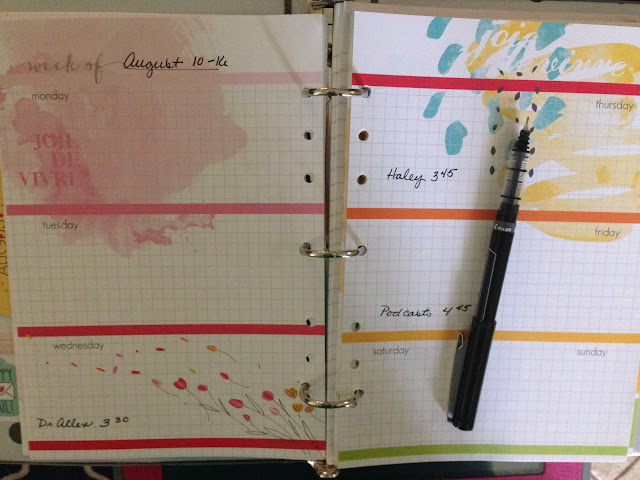 In recap - I'm buying but not making. I'm whining but not cleaning. I'm photographing but not printing.  I'm blogging but not scrapbooking. I'm planning but not decorating. I'm imagining but not doing. Yuck - that's annoying to even me. Perhaps it's time I tried to turn over a new leaf or something. Maybe writing it all out is just the kick in the pants I need to do something. Or maybe I'll go watch another episode of Witches of East End on Netflix. You never know...
Posted by Tiffany Lowder at 12:00 AM

Email ThisBlogThis!Share to TwitterShare to FacebookShare to Pinterest
Labels: All about me, Craftiness, Creativity, Mojo Monday