10 Things I Learned About Traveling Alone 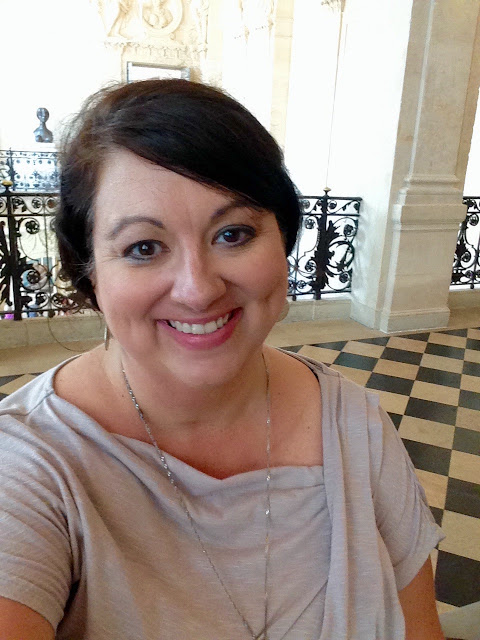 1. Every day I traveled alone, my confidence level increased. I remember thinking to myself regularly, "I'm doing this. I'm really in Paris alone and loving this."

2. I really didn't get lonely. During the day, I'd interact with waiters and shopkeepers as well as people sitting nearby in a cafe and other tourists at major attractions. Once I went back to my apartment, I texted or face timed my friends/family and chatted on fb and ig. It really was enough to make me feel connected to other people.

3. Women and young people are more likely to ask a woman for help/directions than a man. I was often stopped in the metro or on the street so someone could ask for info or directions. In turn, I felt comfortable helping them. The few times men approached me in the subway for ostensibly the same reason, I was immediately on guard and didn't feel comfortable helping.

4. It's kind of exhilarating to know that you're in a huge city where no one knows who you are. I found it very freeing. If I needed to wear my glasses, I didn't worry what someone might think seeing me in them instead of my contacts. When I was hot and sweaty (which was a lot on 90 degree + days and no a/c), I didn't really care if my makeup melted off and my dress was damp. Not knowing anyone helped me not care so much what others might think of me.

6. Men were very forward and aggressive in their attention. They were neither subtle nor easily deterred. Because I'm no 25 year old coed, this actually really surprised me. I found that I had to outright refuse their invitations to get them to move on; if I danced around the question or played coy out of politeness, they'd keep trying. While no one I encountered was lewd, men were very direct. "Are you married" was often their very first question, and I had total strangers tell me they loved me and wanted to marry me. Lol! Of course, none of that was serious, but it was a little disconcerting. At the street markets, the sellers often tried to use flattery and flirting behavior to catch my attention and sell me stuff. Since it was all in good fun, it was pretty entertaining. On the street or metro, I learned quickly not to make even accidental eye contact with men since it would be interpreted as sexual interest. And I noticed that men from 16-86  'appreciated' attractive women in very obvious ways, often stopping in their tracks or turning all the way around in the streets to voice/display their approval. Because of this, I didn't go to bars or clubs that didn't serve food while in Paris. I just didn't think it'd be smart to put myself in a potentially difficult situation there once I'd already encountered so many very aggressive men.

7.  Drinking an entire bottle of wine at dinner might not be a good idea when you have to walk home and you're not exactly sure where you're going. Just trust me on this one. Thank goodness, Bayeux was a small town.

8.  Trust your gut. There were only a couple of times that my 'hackles' were up during my trip - once in the metro and once near the Seine down by Notre Dame. Both times, I didn't question it but removed myself from both situations ASAP. Other times, I'd get a funny feeling about stepping into a certain metro car or instinctively move to the other side of the street in a neighborhood, or stop and sit on a park bench to get my bearings and use my phone or map without doing so obviously in the middle of the street. While that all might sound a little paranoid, I think that following my instincts helped keep me safe. Trusting my gut also helped me feel in control and capable.

9.  Traveling alone meant that I did exactly what I wanted for six weeks. Where and when to eat, what to do, where to go, when to sleep/wake - all of it was my decision. It enabled me to design the trip that I'd envisioned without feeling constrained by what others wanted. I'm afraid that traveling alone has spoiled me; it might be hard to travel with other people now.

10.  Americans and the British seemed to be most shocked that I would travel abroad alone. They often had a barrage of questions for me once I revealed that info. The French, Spanish, and Italians didn't seem to find it odd at all. I can only chalk that up to cultural differences. Maybe that's why people kept speaking to me in French or Italian; they just didn't expect that an American of my age would be alone in the city. (Spanish was always guess #3. Once I revealed I spoke English, they guessed I was British every single time. Weird.)

In short, I loved traveling alone! I think six weeks was a good length of time to really get to know a city too. Once I've fully recuperated from the jetlag of this trip, it'll be time for me to begin planning where I want to visit next. :)
Posted by Tiffany Lowder at 12:00 AM