State Basketball Tournament - on the road to Rupp

Y'all might be aware that I'm really a big football fan, but there are things I like about basketball too. And I'm always a fan of the Purples, regardless of the sport. As such, the fella and I have made a concerted effort this season to head out to the majority of the local basketball games where the Purples played. Once district b-ball began, we tried not to miss a game.

We spent time in the gyms of BGHS, Warren East, Warren Central, and South Warren through the district tournament. I wore a lot of purple and gold in those few weeks.

Then we headed up to Western Kentucky University for several of the regional games. 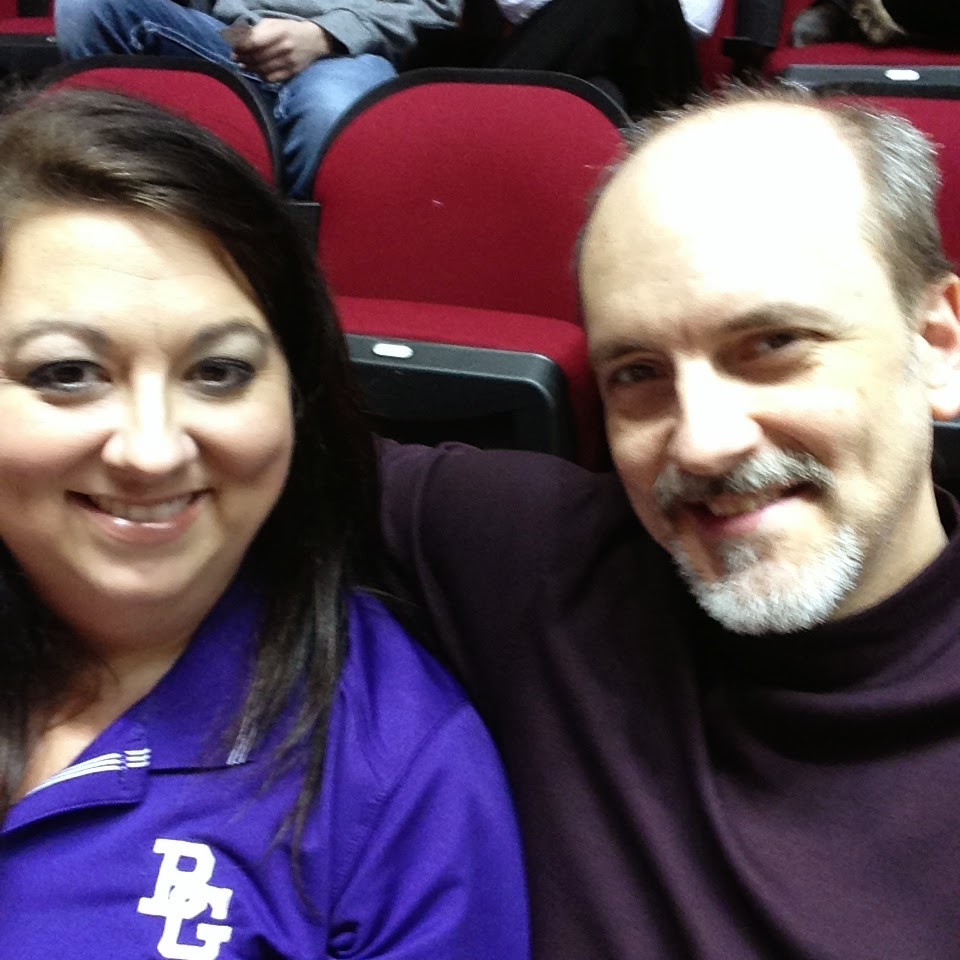 Until, finally, it was time for us to make the trip to Rupp for the state tournament. We didn't make it for the preliminary games with our school, work, and family schedules, but we did head to Lexington for the state finals. For the first time ever, the BGHS boys' basketball team played their way to the championship of the state basketball tournament. In a basketball state like Kentucky, you can just imagine what a big deal that is.

I was really worried this usher dude wouldn't sit down during the game; thankfully, he did.

As a Kentuckian, there's just something magical about Rupp arena. It must be in our blood or something.

When they introduced each school, they announced our school administrative personnel that were in attendance as well as the support staff for the team. Everyone was recognized under the spotlights at Rupp.

I heard that attendance for the state final was roughly 12,000 people or about half the capacity of Rupp. I don't know what it is usually, but it felt like a large crowd had gathered. There was lots of energy from the fans on both ends of the goals.

We were seated right next to the student section and right behind the goal. We had excellent seats and a great view of the floor.I love how the kids painted up for the game! This was quite the rowdy bunch, as I'm sure you can imagine!

The fella is awfully good at reminding me to take selfies of us when we go places, but he doesn't have the angle just right for me yet. We're working on it...he can't look better than me in pics; that's just not acceptable.

Alas, we were not victorious in our battle for the championship state basketball title, but I'm still super proud of those kiddos.

Here are some pics I grabbed from our local newspaper's website. Check out the link below to see even more pics of the action from the game; I think there are more than 30 from which to choose. (I was too busy cheering to take any of my own pics during the action!) 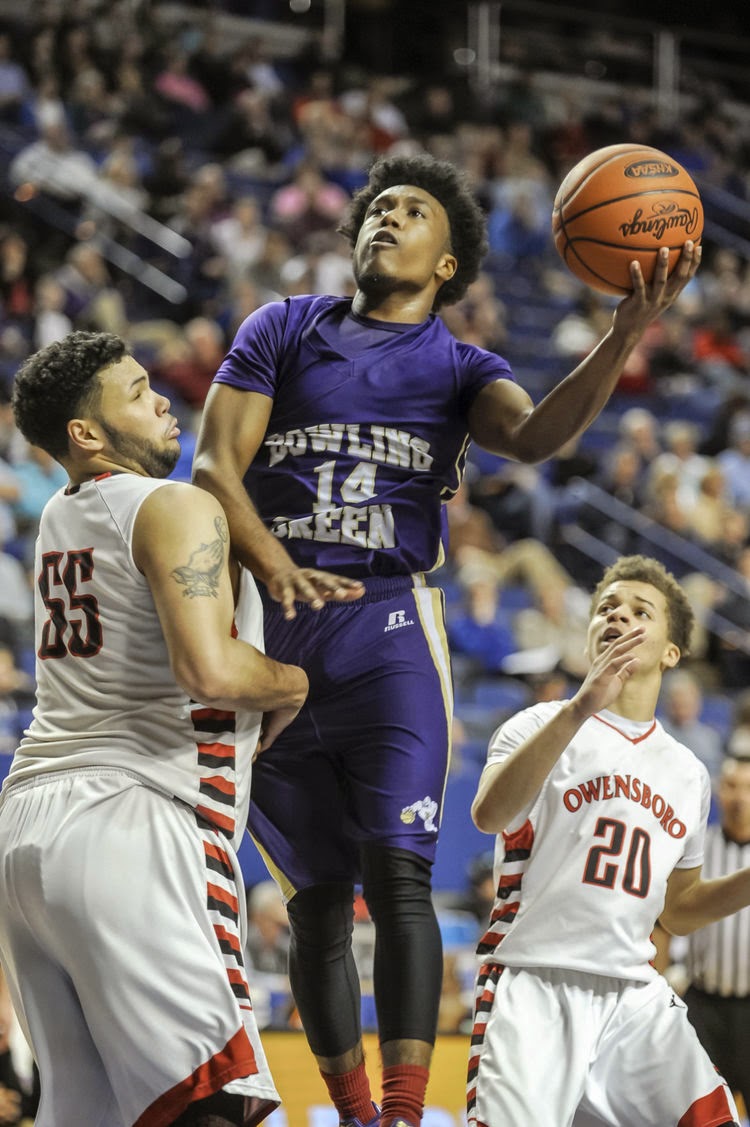 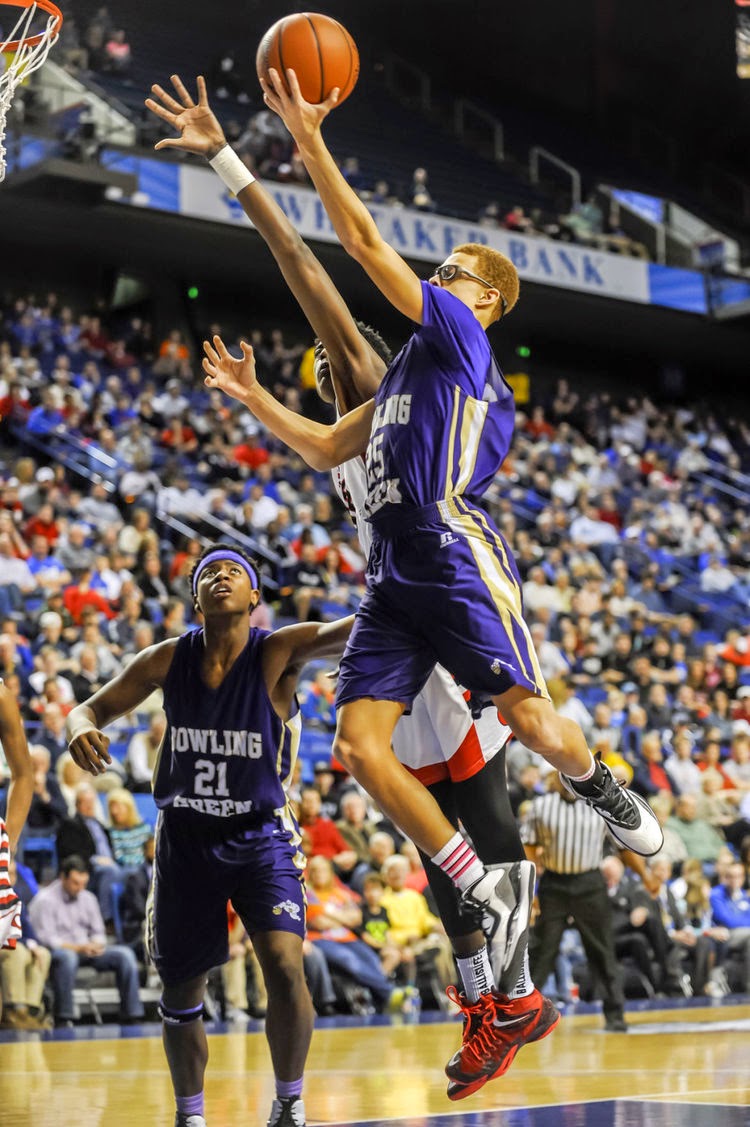 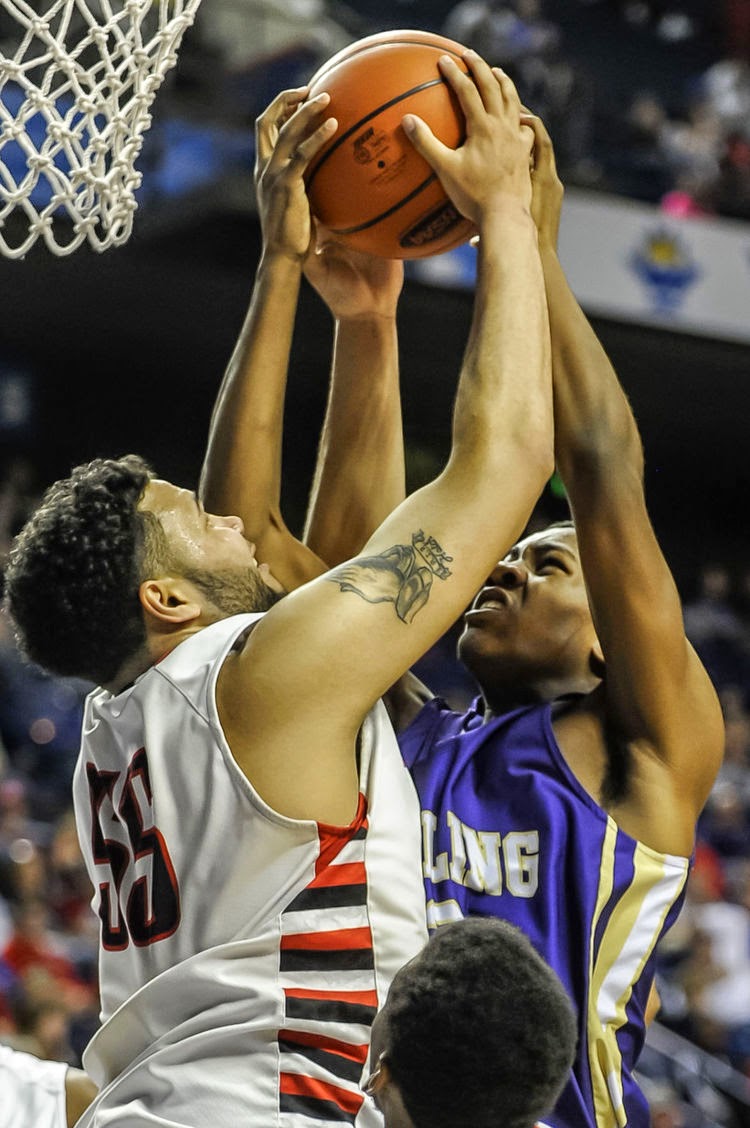 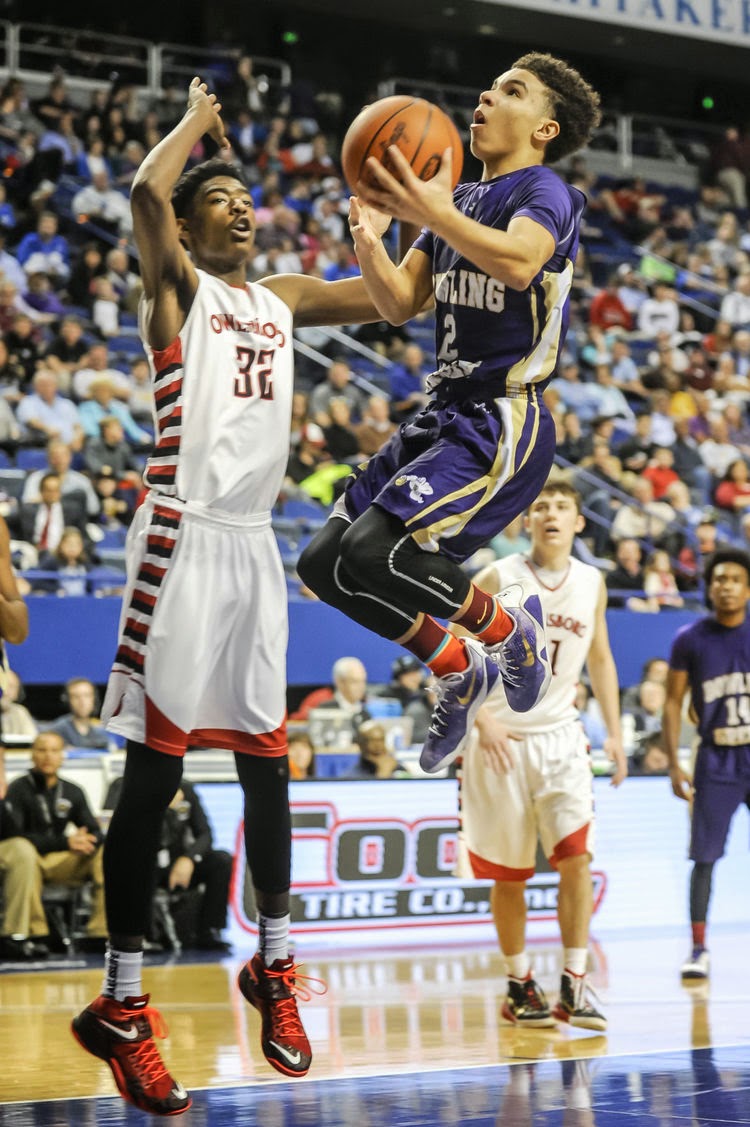 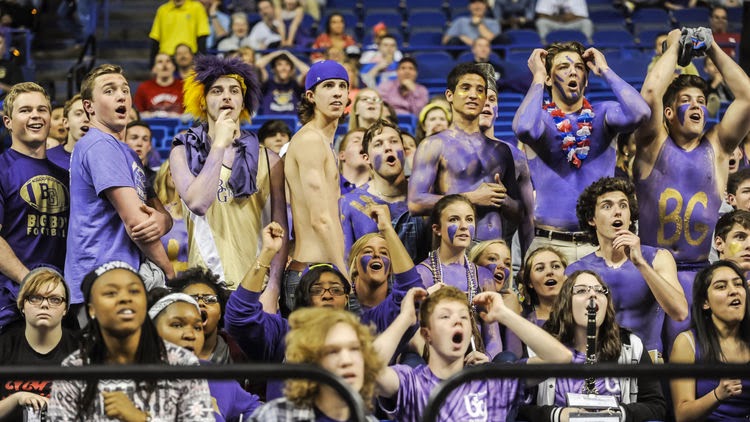 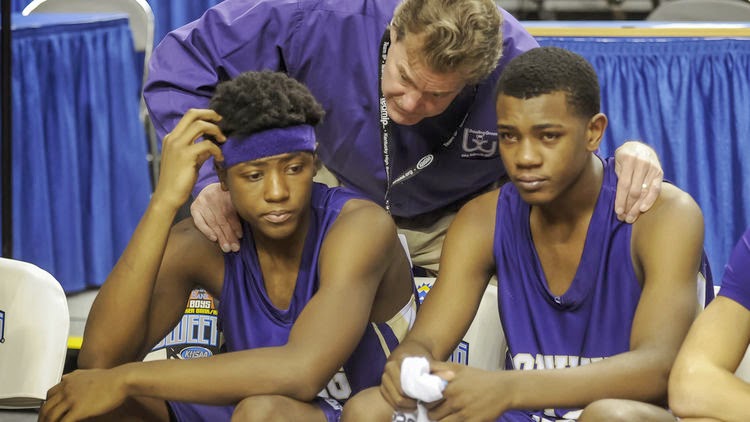 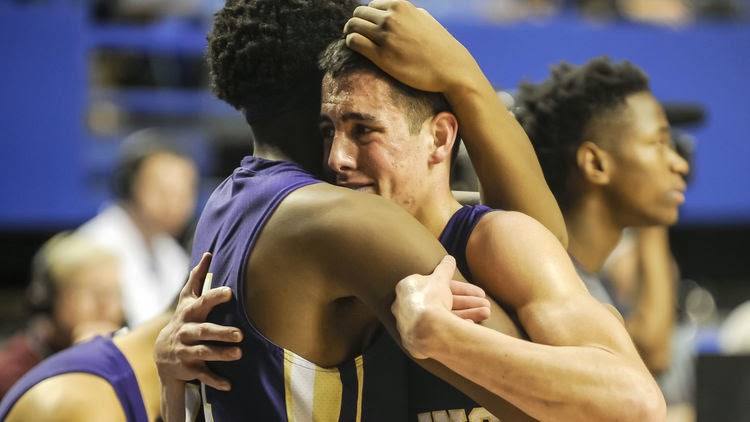 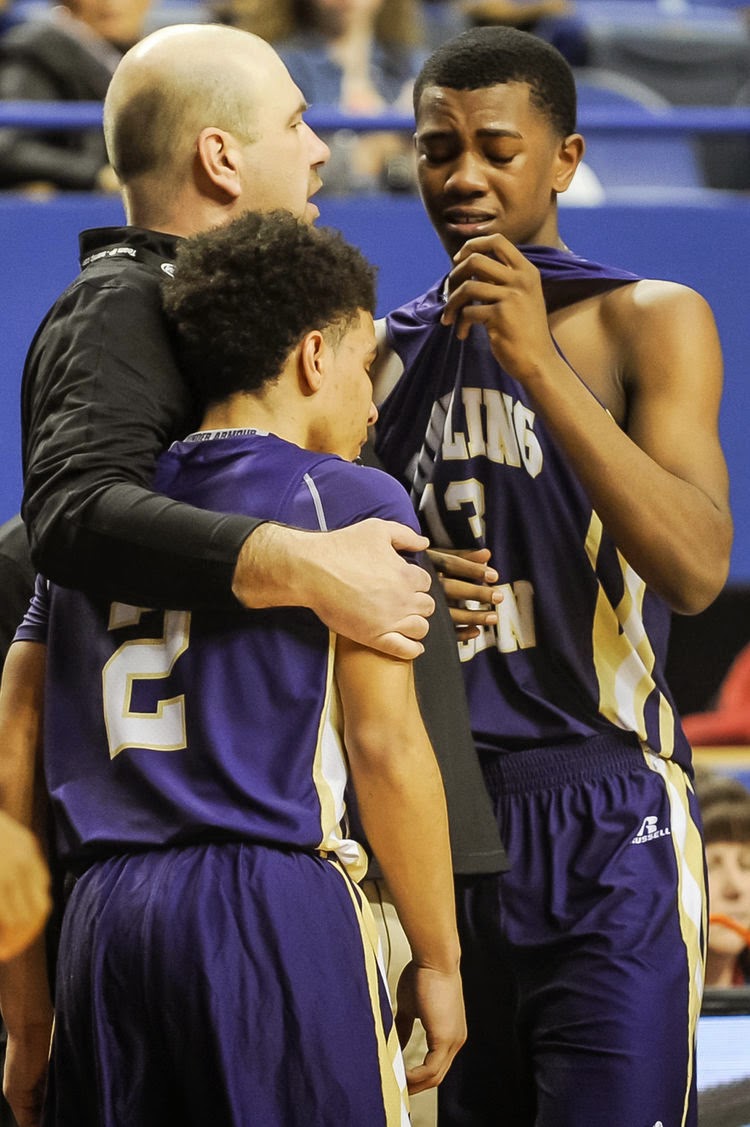 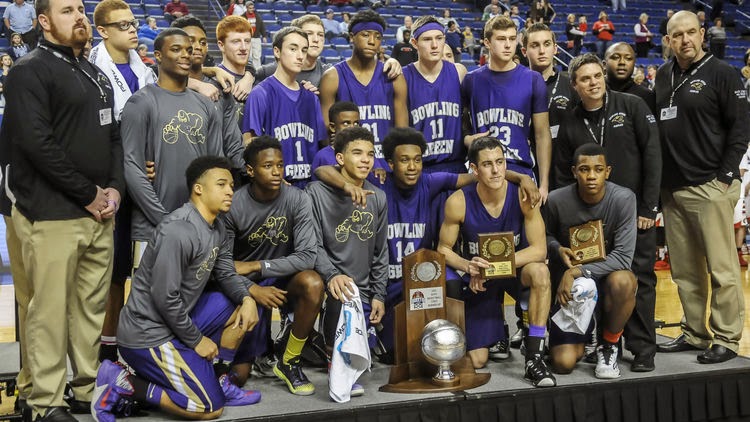 Proud of my Purples - always!
Posted by Tiffany Lowder at 12:00 AM