A good evening for a play at WKU 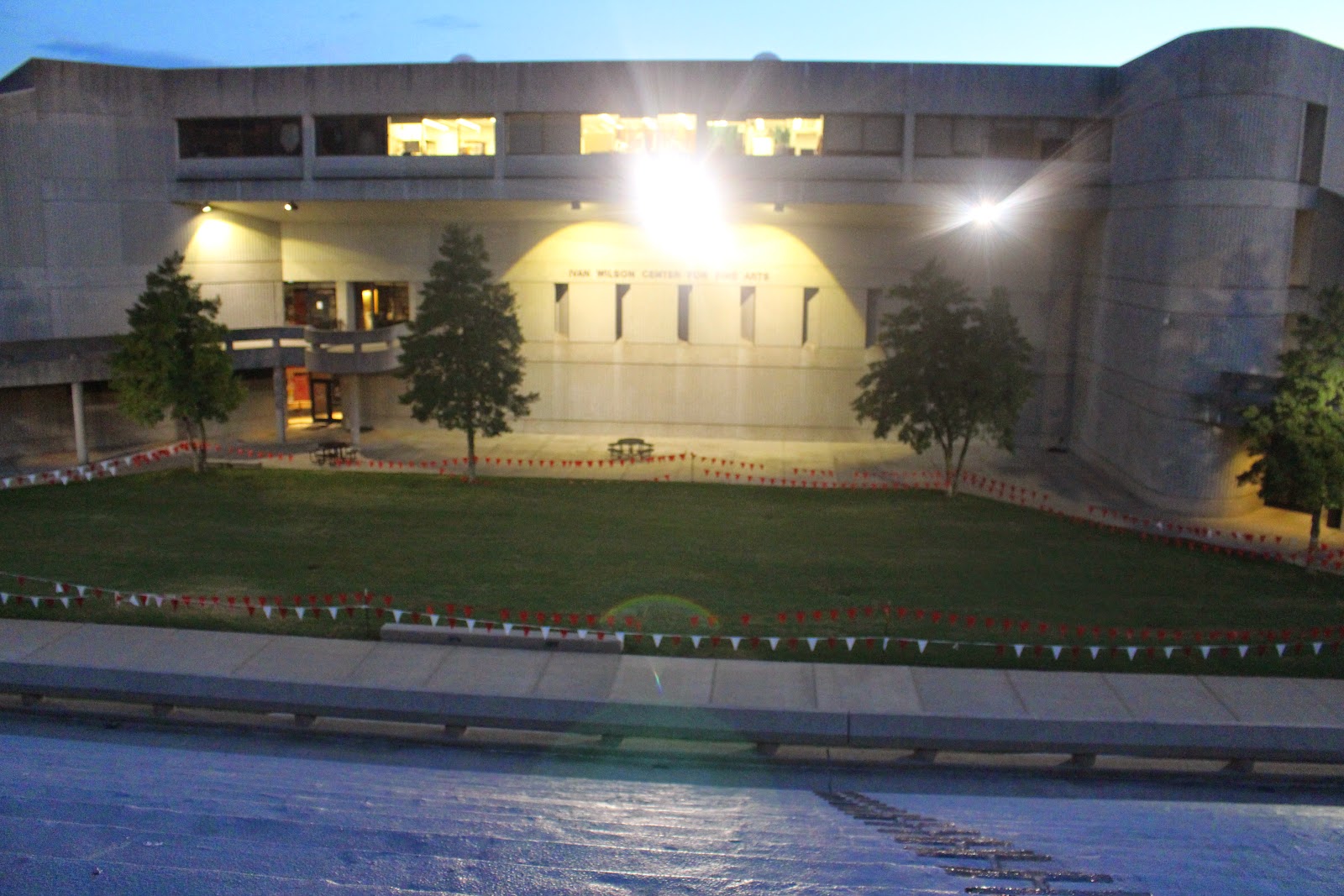 A few weeks ago, the fella took me to a play at WKU. It was a lovely way to spend a Saturday night; I felt so adult... That sounds hilarious since I've been an adult for a long time, but there's just something very urbane about attending a play on a Saturday evening. Here's the outside of the Ivan Wilson Fine Arts Building as we left. 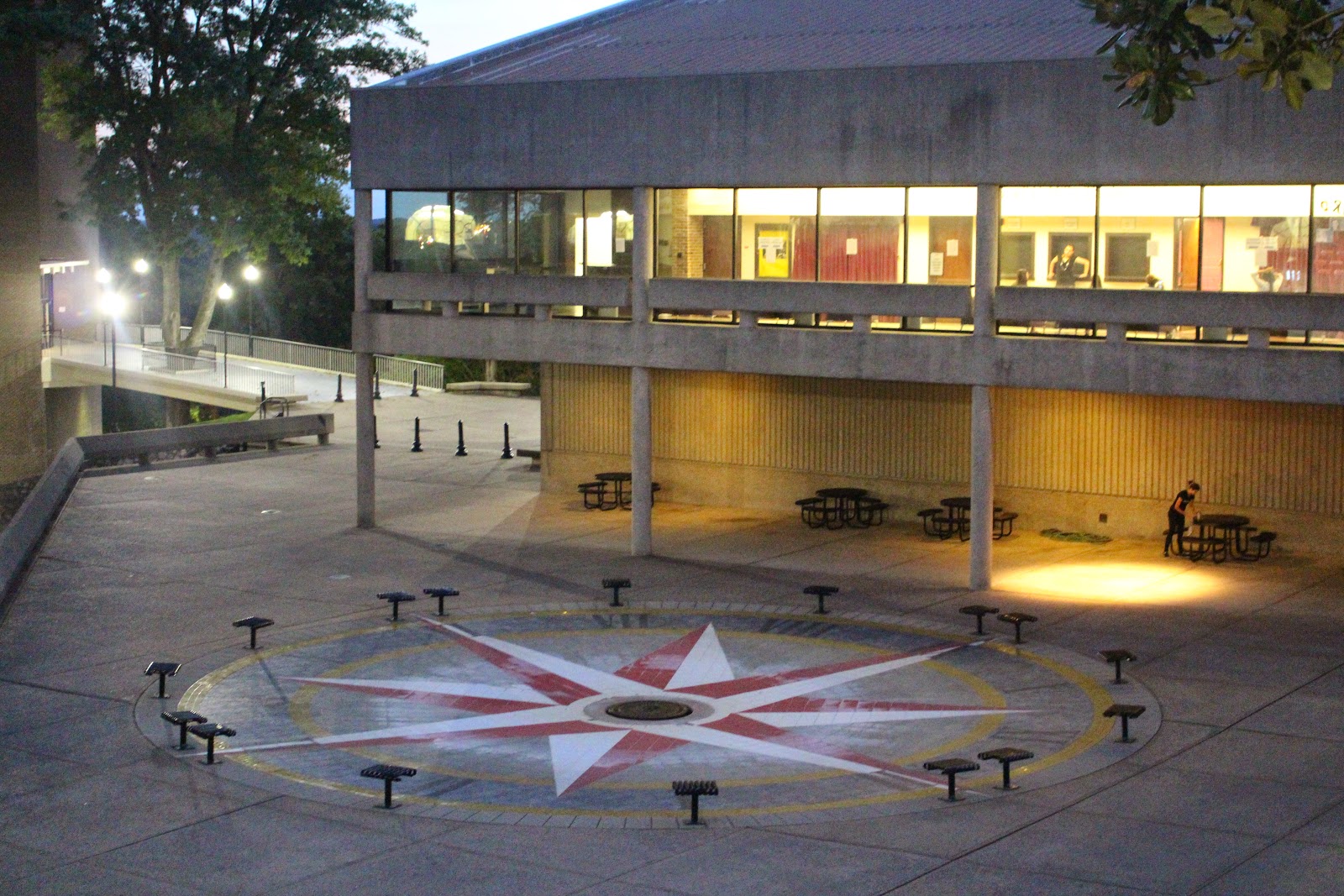 Here's a shot of the building before we went inside for the play. I vividly remember walking from the library on the left through the sprinkler thingie in the star pattern on my way to class in the building behind me from this photo's perspective. I only had a couple of classes in Ivan Wilson, but I remember it being hot and loud and noisy in there. Makes sense for a theater/drama building, right? Lol. 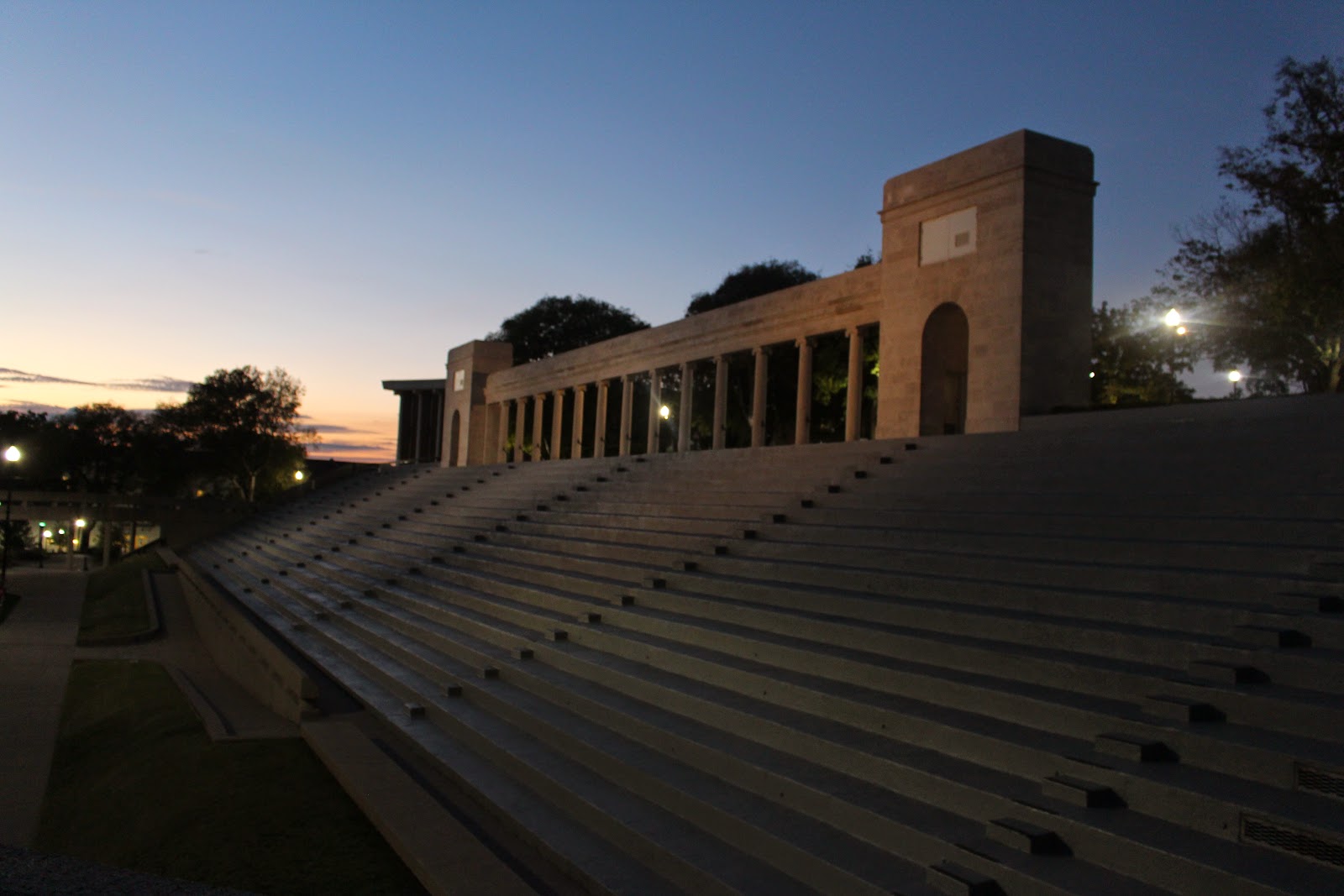 I took this shot as we waited for our tickets. The old football stadium was here when WKU was still just a teacher's college back in the 40s. Now, they use it more as an ampitheater for orchestral shows, and students often sunbathe or grab lunch on these steps. 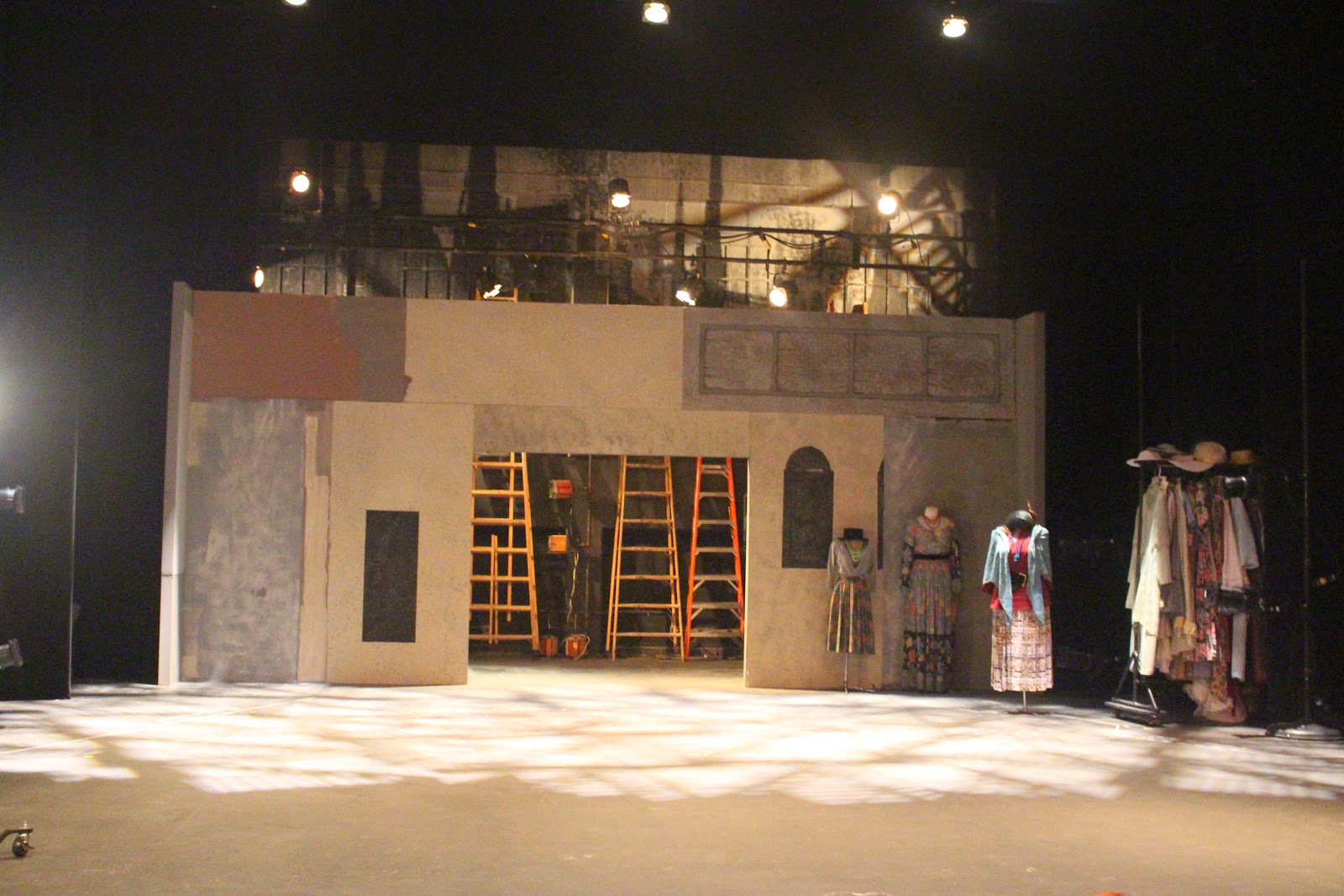 I didn't want to be crass and take any photos during the play itself, but here is the set before the play started. We saw Six Characters in Search of an Author, and it was excellent. It really ended up being a play that was existential in nature; what is it that constitutes reality? If you get a chance to see it or read it, I don't think you'd be disappointed. I know we both enjoyed it immensely. :)
Posted by Tiffany Lowder at 12:00 AM