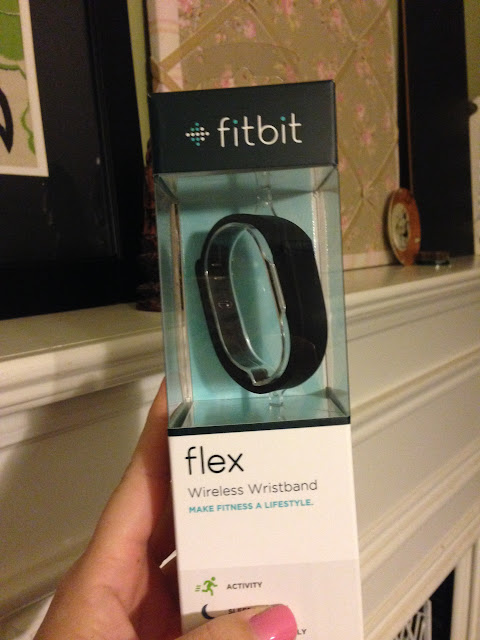 Chances are, you probably already know someone who has joined the FitBit craze. I've been tempted to join in, but I was too cheap to buy one. I had put it on my Christmas list, even, but I'm really glad no one actually bought me one. I mean, how much would that suck as a gift?  Anyway, I was browsing around on my health insurance site a couple of weeks ago and filling out my "Healthy Living Promise" by answering a bunch  of online questions about my health and habits. In my state, you get a better rate on your monthly health insurance premium if you fill out this questionnaire each year. I hate the whole 'big brother' aspect of it all, but I'm willing to take part in it for the financial incentive on my premium cost.  Once I'd finished, I took a few minutes to check out the rewards section and realized I'd earned enough points over the last three years to qualify for a 'free' FitBit through my health insurance company. I placed the order lickety-split and waited impatiently for my gadget to arrive.

I've had it a few days now and have to say that the concept behind the gadget is pretty cool. I especially like being able to see the number of steps I've taken and the amount of sleep I've gotten on a particular day. The first few days I had it, I was at home because of the giant snowstorm and didn't really have much to show for that time. In the days that have followed, I've stuck mostly to my regular routine. I really wanted a baseline to see how much I walk and sleep on an average day instead of trying to modify it just yet. My goal mid-month is to start actively working on increasing my number of steps and gradually trying to reach various goals that I set for myself in terms of active minutes per day and number of steps and amount of sleep and amount of water.

Have you jumped on the FitBit bandwagon yet? What has been your experience with it? In what ways has it helped you or frustrated you?  I'll check back in after a few months and let you know how my FitBit journey is going.
Posted by Tiffany Lowder at 12:00 AM

Email ThisBlogThis!Share to TwitterShare to FacebookShare to Pinterest
Labels: All about me