If you've been following my blog for a while, you know by now that the fella spoils me rotten going to see and do fun things. One of our favorite things to do is to go to local public theater events. Just a couple of weeks ago, the fella arranged for the kiddo to go see his grandparents so we could have a date night. (Sweet, right?) We went to the Phoenix Theater in BG to see a production of Miss Firecracker.

Here we are before the show; the fella always springs for seats in the front row. It's a tiny theater, so being in the front row means you're almost literally on stage with the actors. I prefer the right hand side that we sat on this time because I feel like I'm not so much in the actors' path that way. 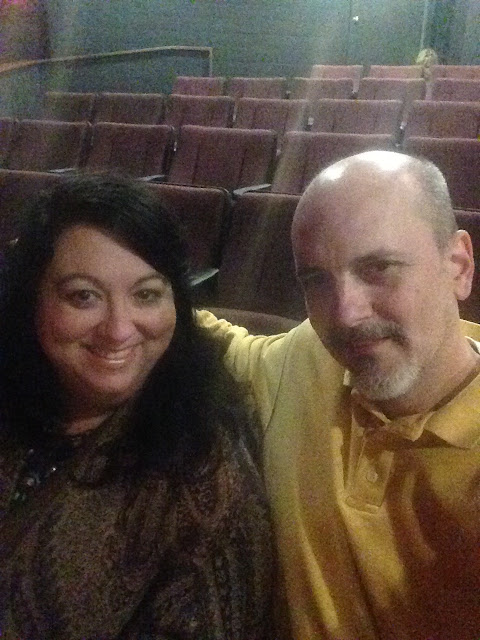 The sets are usually made up of furniture that the actors have begged or borrowed or maybe even stolen from their own houses. I think that's pretty cool since it makes the scenes feel even more authentic. There isn't a lot of fancy, dramatic scenery that's designed just for one particular show. 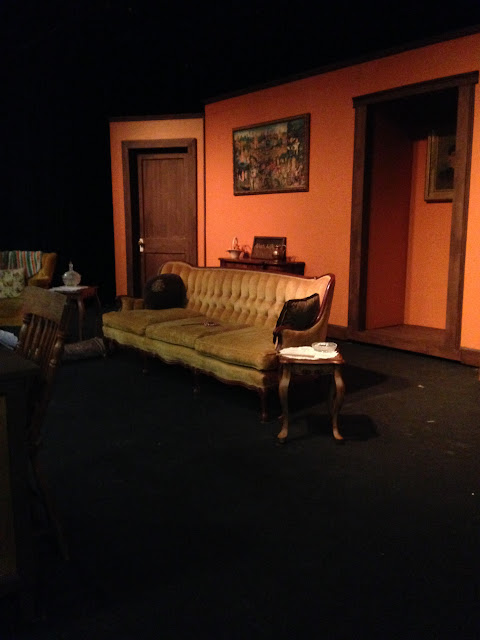 Here's what the PTK website had to say about the play:

"In this comedy of small-town manners, Carnelle, known locally as “Miss Hot Tamale,” is rehearsing furiously for the Miss Firecracker Contest, hoping that a victory will salvage her tarnished reputation and allow her to leave town in a blaze of glory. The unexpected arrival of her cousin Elain, a former Miss Firecracker winner, and Elain’s eccentric brother Delmount, recently released from a mental institution, complicates matters.  Aided by a touchingly awkward seamstress named Popeye and several other cheerfully nutty characters, Carnelle hopes to finally escape her unhappy past and turn hopefully toward what must surely be a better future."

And here's what I think:

I enjoyed this play very much, mainly because the actors seemed very natural and believable in their roles. For whatever reason, I'm often turned off in live theater by actors who 'over-act' and project in a very artificial way. This particular cast did not do that. Perhaps it's because I live in the South, but these characters seemed like people I might really run into at the local coffee shop. I won't give too much away, but I will say that I loved the subtle risque humor in the play and thought that the ending was just right. My verdict - two thumbs up!