While I might not agree with Hobby Lobby on a political level, I have to admit that they do offer a great variety of products at reasonable prices. I shop there, probably more than I should given my liberal political viewpoints, but I'll freely admit that pretty stuff sometimes has more power than my convictions. Anyway, I thought I'd share with you a few pics I snapped at my local HL this week because they've inspired me to try to create some similar art myself. Take a look at these adorable canvases and prints!

Now, I'm not a lover of either llamas or giraffes, but these are friggin' adorable. The glasses just slay me. Could I do something similar with a horse and a cow? Or a boxer and a bully? I didn't even look at the price of these because these animals wouldn't be my first choice, but I do think making some in a different animal would be totally adorbs. Oh my, I think I want to try. (And apparently, I'm also a poet. Hahahaha!) 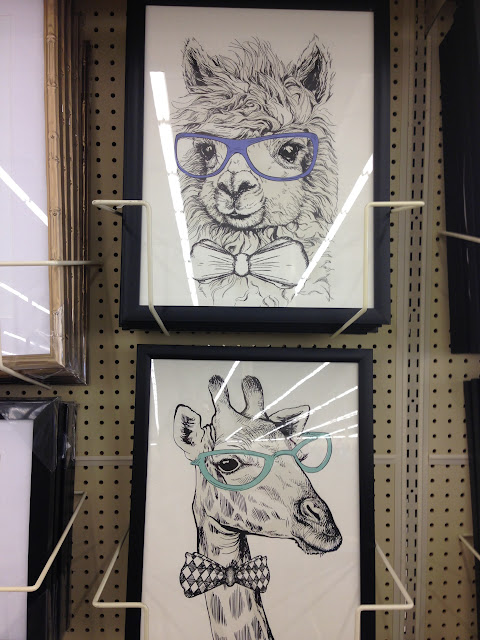 How cute is this bulldog? Perchance, he's a French bulldog, eh? Ooh la la! I'd love to do something similar with a poodle or a dachshund. Maybe with a three dimensional hat and scarf? Oy, the possibilities. 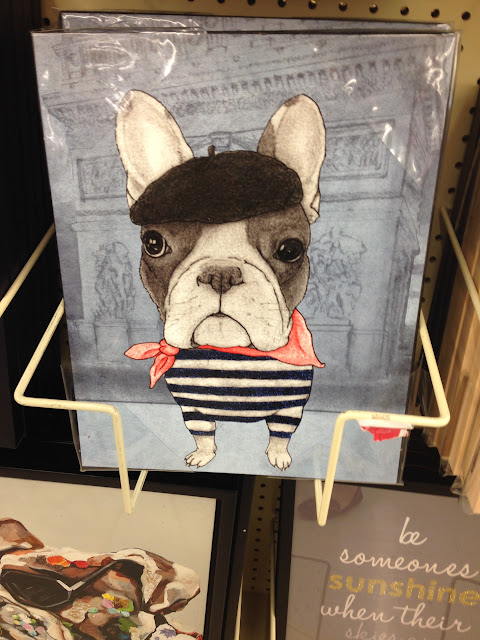 Let's not forget the adorably fashionable dachshund a la Andy Warhol style. I was tempted to buy this with my 40% off coupon; I really was. I just thought I'd prob choose different patterns and colors for my house. I still reserve the right to go back and snag this one, but I say this is the perfect opportunity to finally learn how to draw a decent weiner dog! 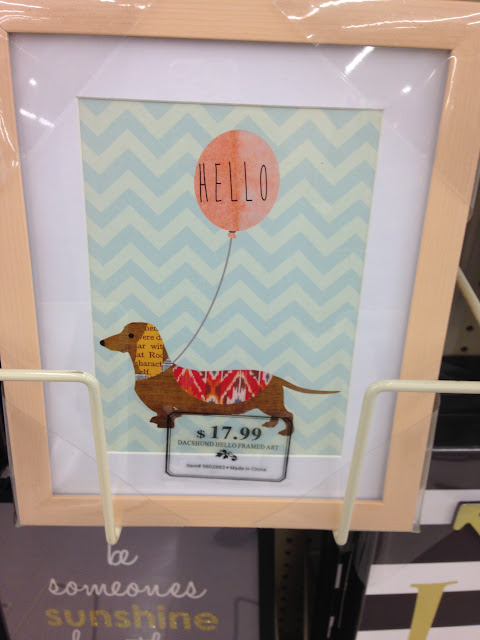 Finally, check out my little friend here. Yes, I know I'm obsessed with dogs, but this is another lovely little art piece with mega personality. How amazing would it be if I could make something similar? Oh yeah, I want to try. Again, it's the glasses that just make the difference for me. Wouldn't it be cute if this were a boxer named Ollie? Or a schnoodle named Charles? Or a dachshund named Lowder? Well, you get the picture. And wouldn't he be cute with a pretty little girlfriend beside him? (Okay, I really wanted to use an inappropriate word here for humor, but I worried some people might find it crass instead of hilarious.) 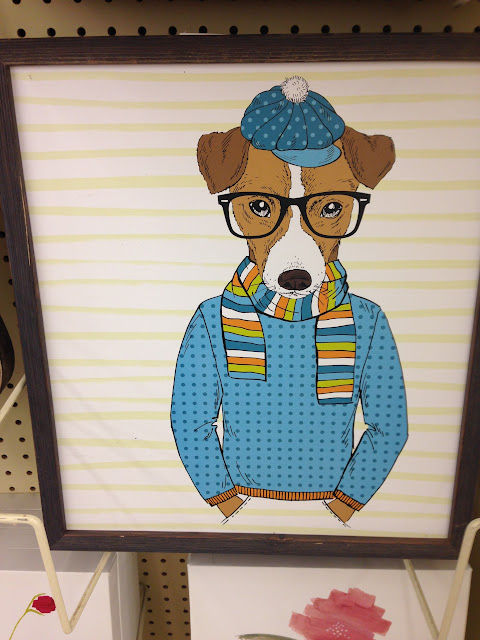 Anybody have any ideas for me on how to get started? My mind is on fire with ideas, but there's just one problem. I'm not naturally very artistic and get overwhelmed by involved projects. Wonder how I can overcome those hurdles and make some of this cuteness?!